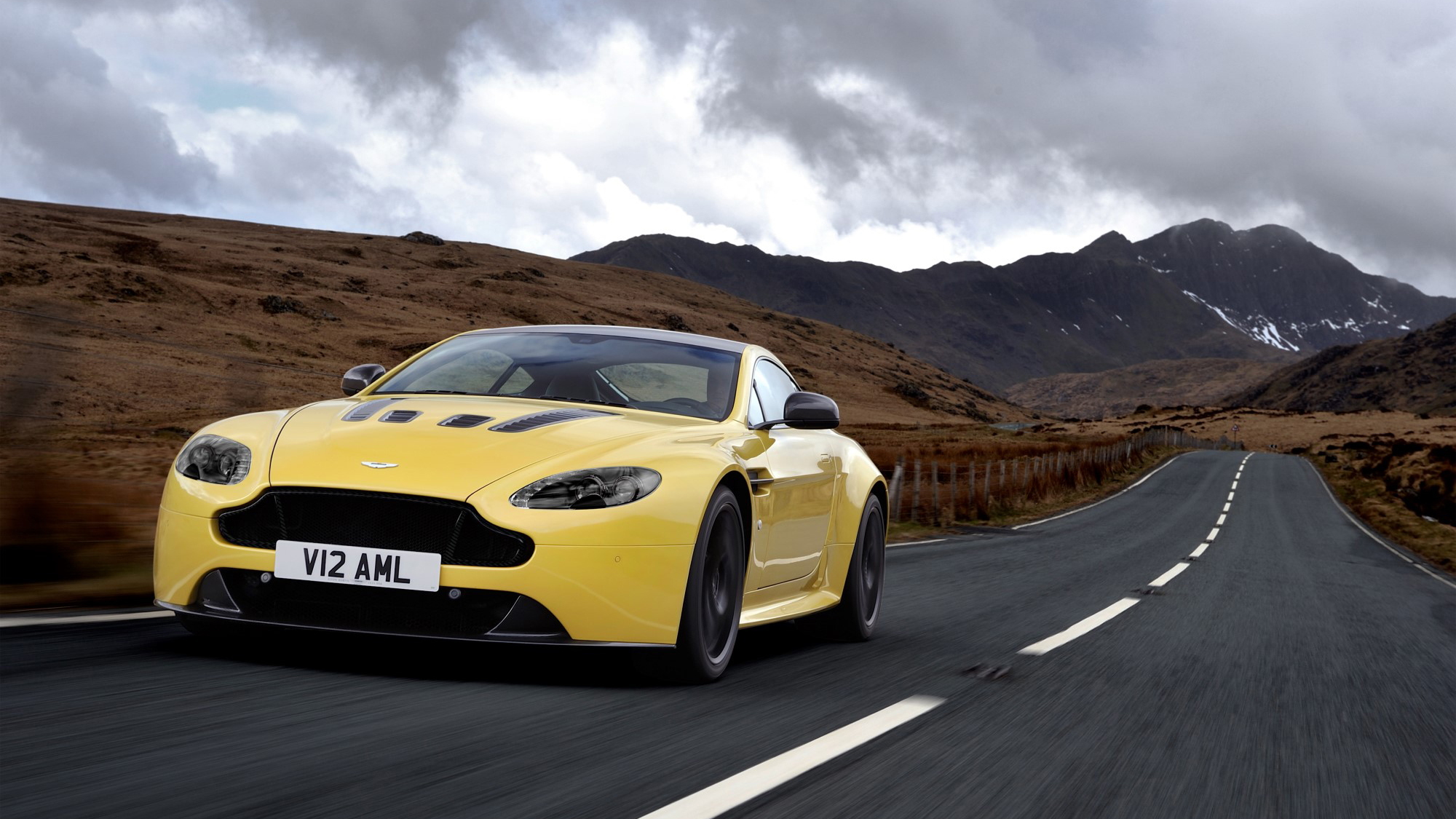 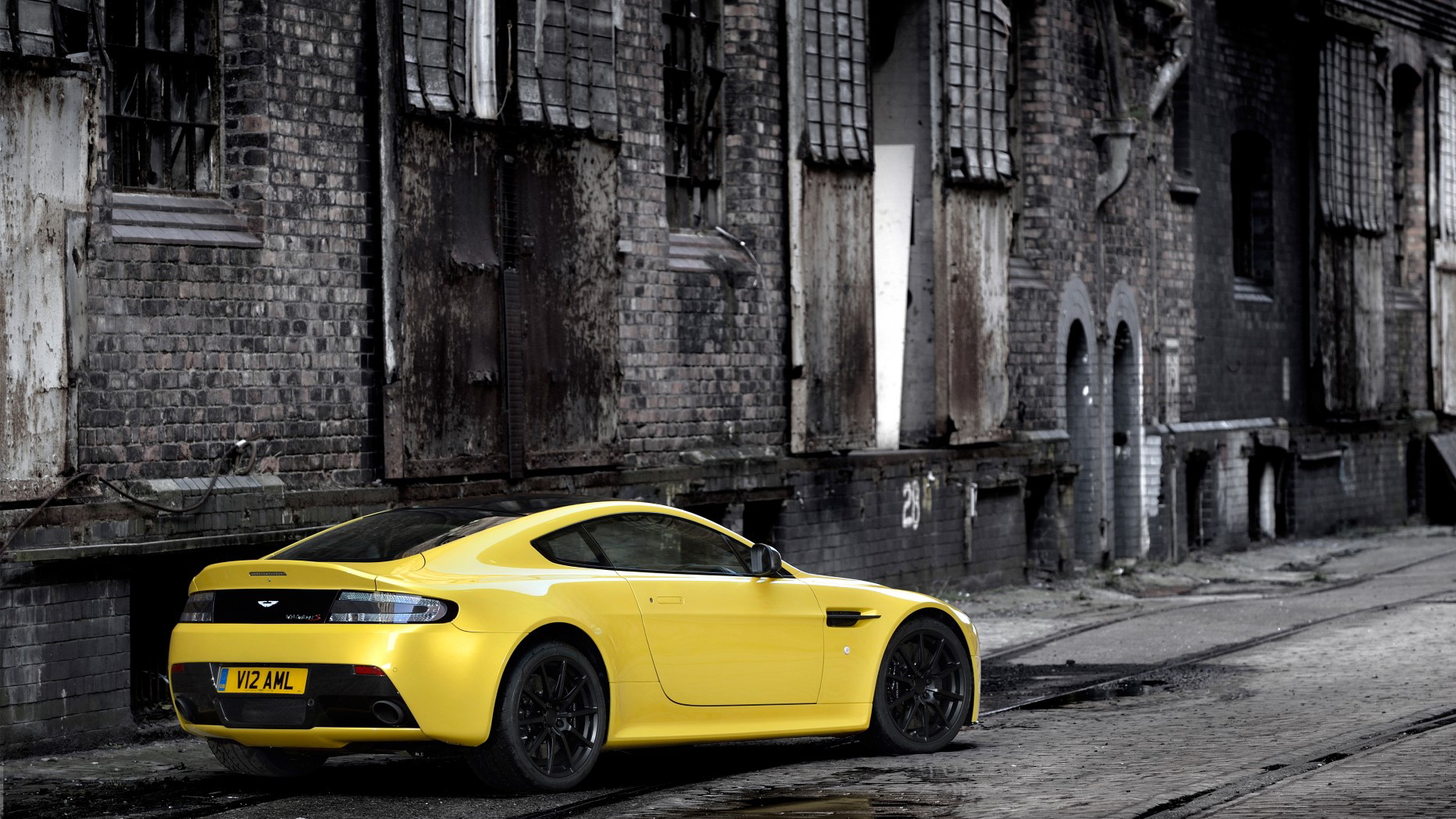 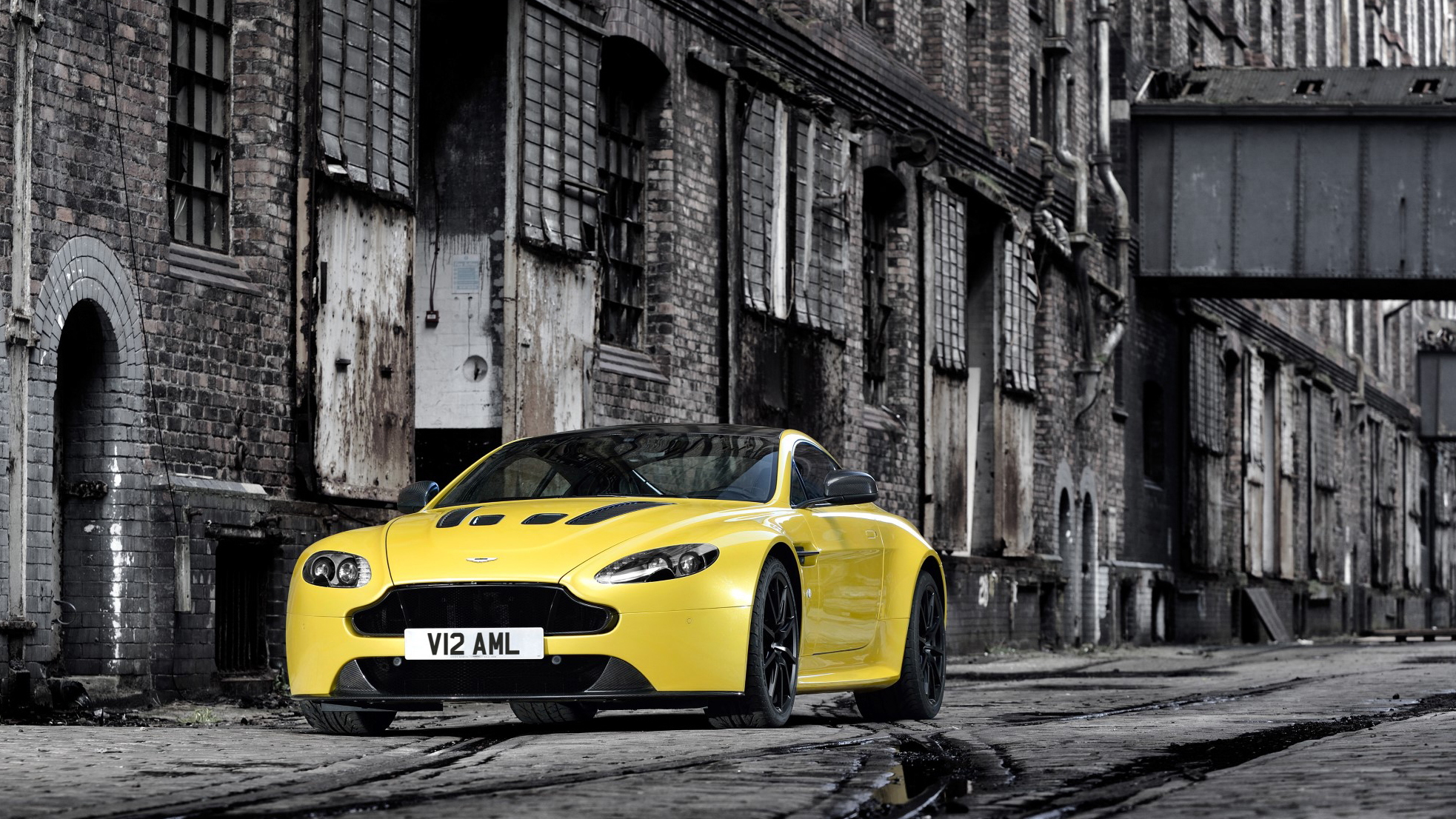 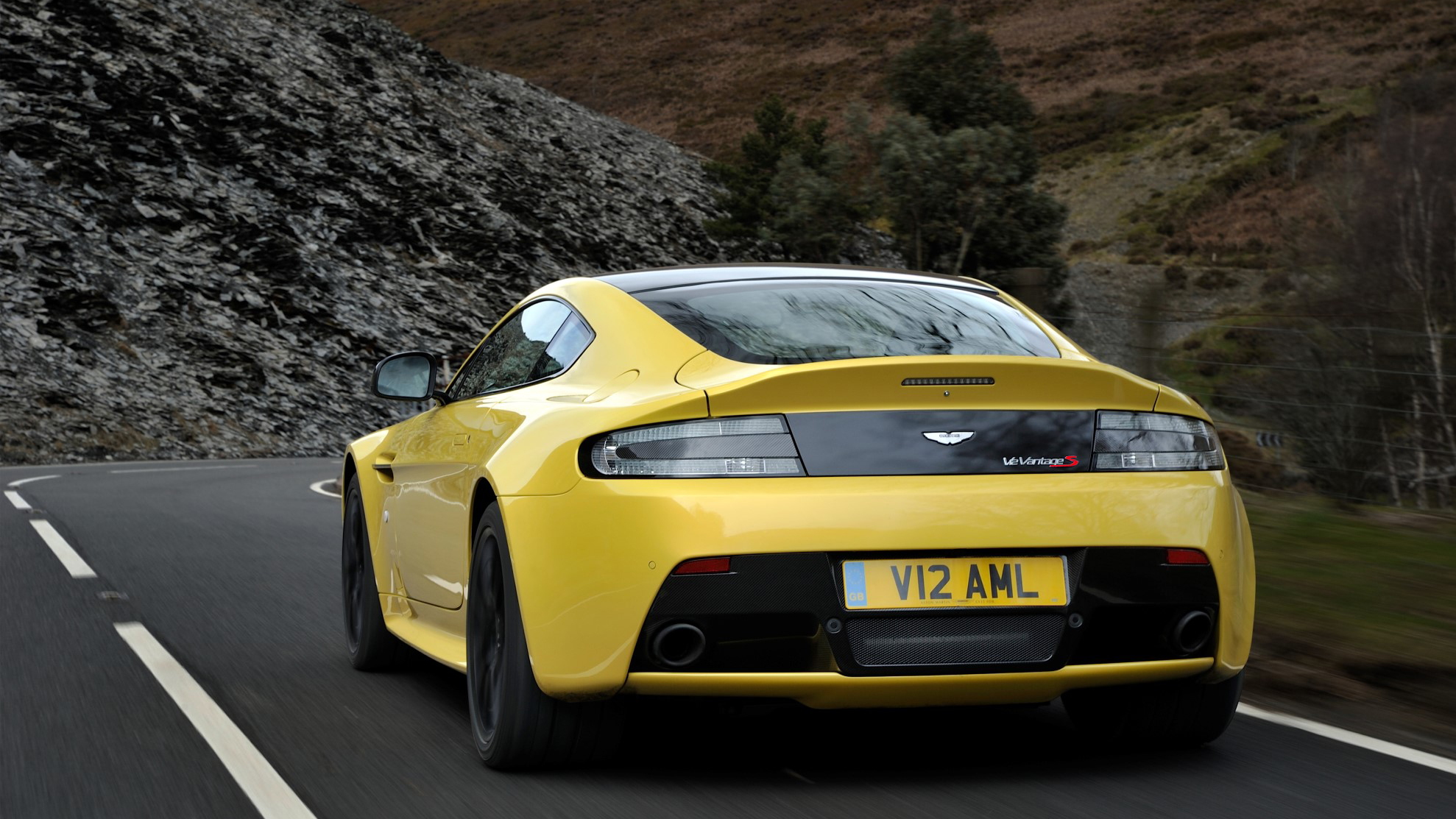 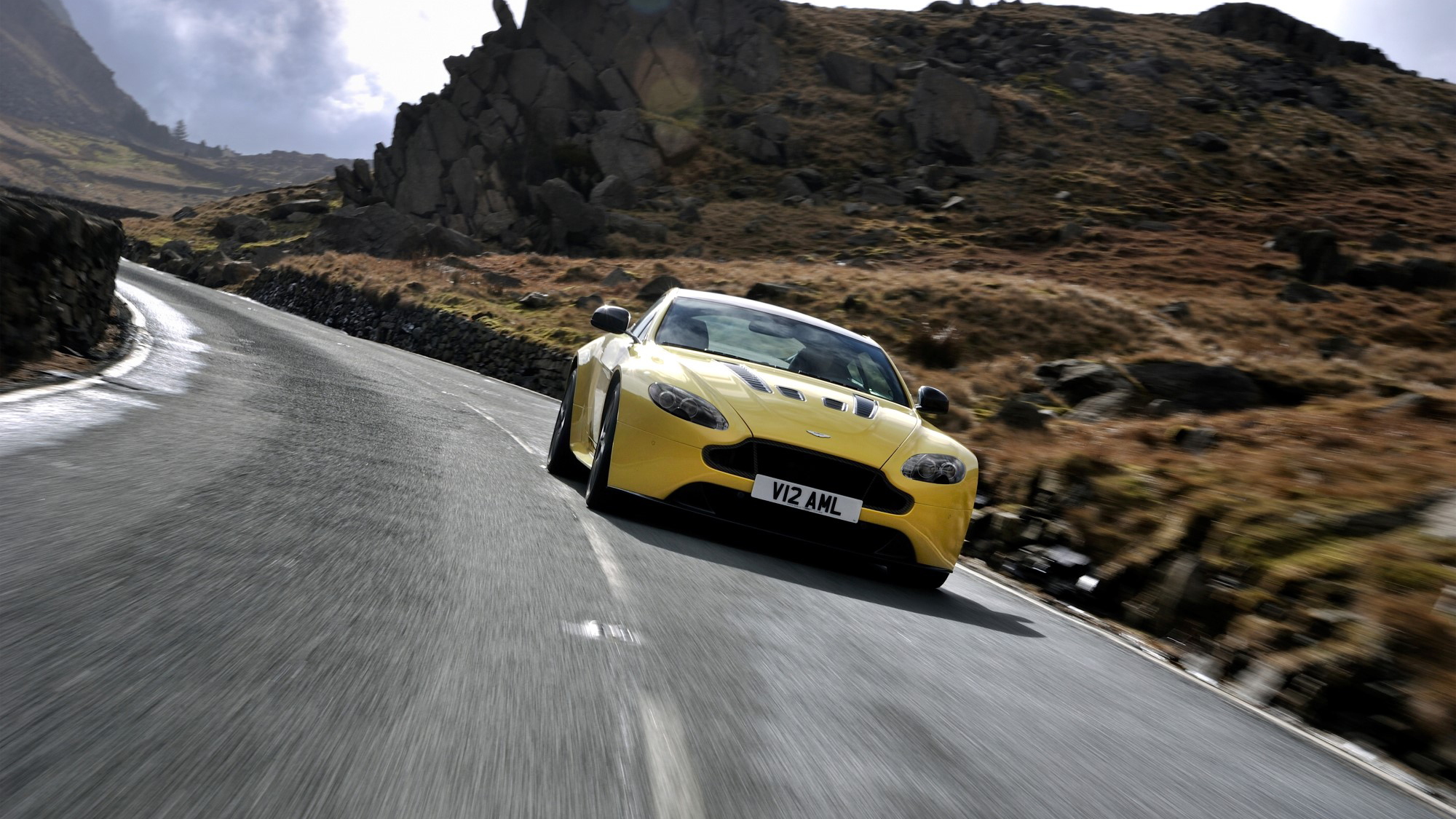 30
photos
Teasers are usually a thing we tolerate more than we enjoy--they do give us hints of what's to come, but they also ruin the surprise. In this case, however, we've been intrigued by the possibility and, now, enticed by the reality: the Aston Martin V12 Vantage S.

Speed
A new AM28 6.0-liter V-12 engine powers the 565-horsepower V12 Vantage S, enabling a top speed of 205 mph. Zero to 60 mph times haven't been released yet, but something below four seconds is likely a safe estimate. Torque is up from the standard V12 Vantage's 420 pound-feet as well, to 457 pound-feet of torque in the S. Perhaps more importantly, measured torque at 1,000 rpm is up from 324 pound-feet to 376 pound-feet.

Some of the updates that improve the AM28's performance include hollow cam shafts and CNC machined combustion chambers.

Completely new to the Vantage range is the three-stage adaptive damping system. With "Normal," "Sport," and "Track" modes, the system can range from relatively plush to firm and agile at the press of a button. Throttle response, gearshift speed and timing, and exhaust note are also controlled by these modes.

The exhaust system itself is derived from that of the One-77 hypercar, saving weight and space compared to the previous V12 Vantage exhaust.

Style
The exterior of the V12 Vantage S is mostly familiar, and that's mostly fantastic, as the standard V12 Vantage, and the Vantage family, for that matter, are quite comely. Sharpening the look for the V12 Vantage S is accomplished with black carbon fiber or titanium silver mesh accents, a new grille insert inspired by the gorgeous CC100 Speedster Concept, alloy ten-spoke wheels, and a subtle graphics package including a black painted roof and partially painted trunk panel.

As Dr Ulrich Bez, CEO of Aston Martin put it, "The new V12 Vantage S is our most extreme Vantage to date--engineered to bring race car performance and technology to the open road... It is our most powerful engine in a beautifully tailored suit. It is elegant, yet brutal, and it is at the same time easy to control. It has everything that sums up Aston Martin: power, beauty and soul!"

For a thorough look at the model it's based on, don't miss our V12 Vantage first drive.