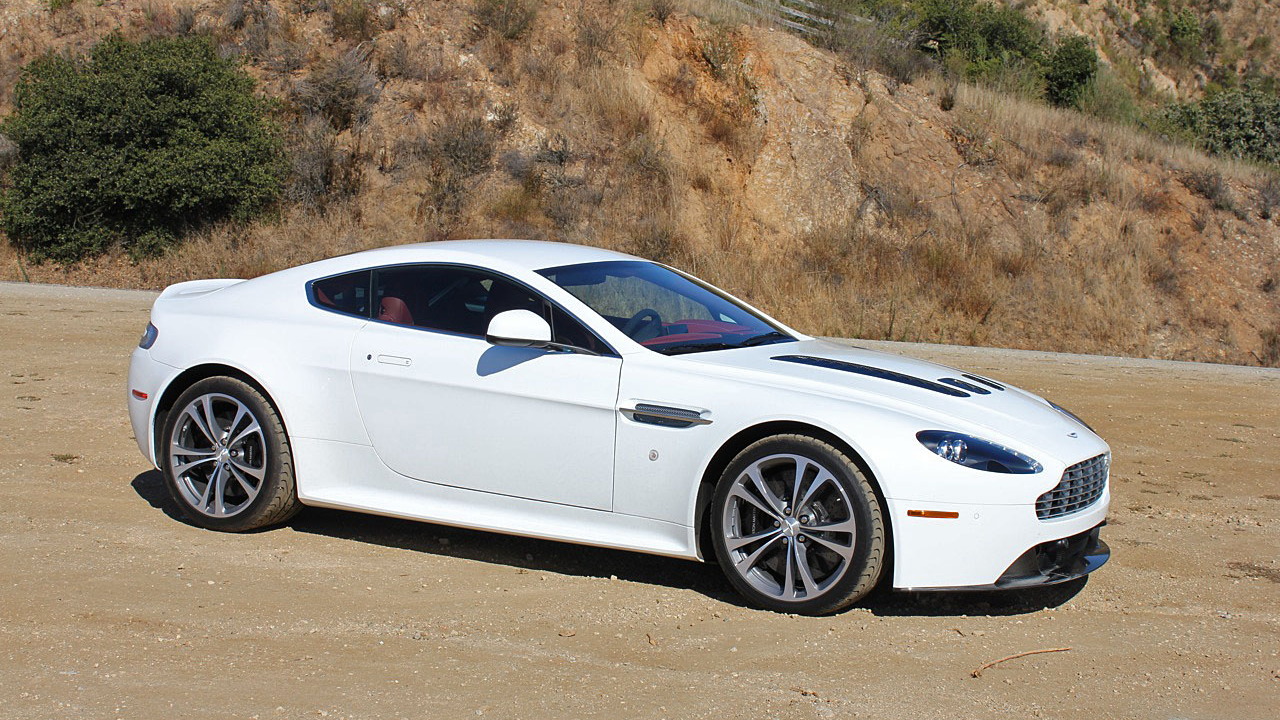 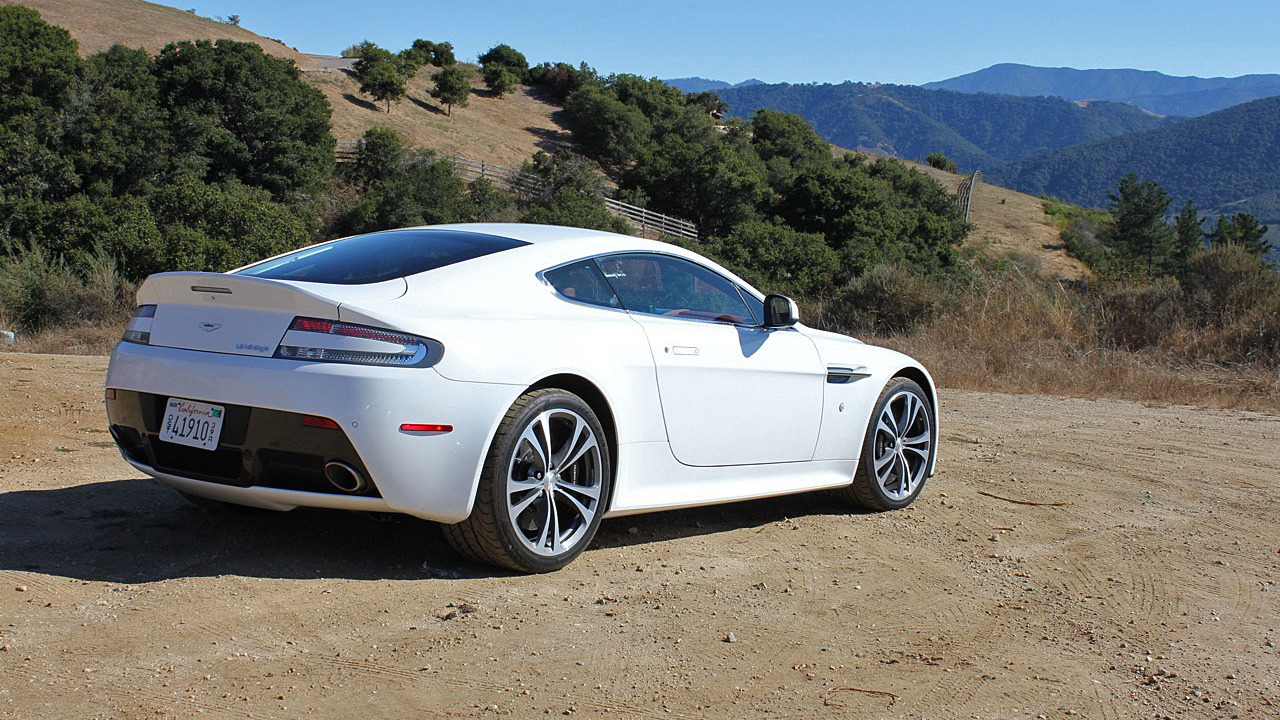 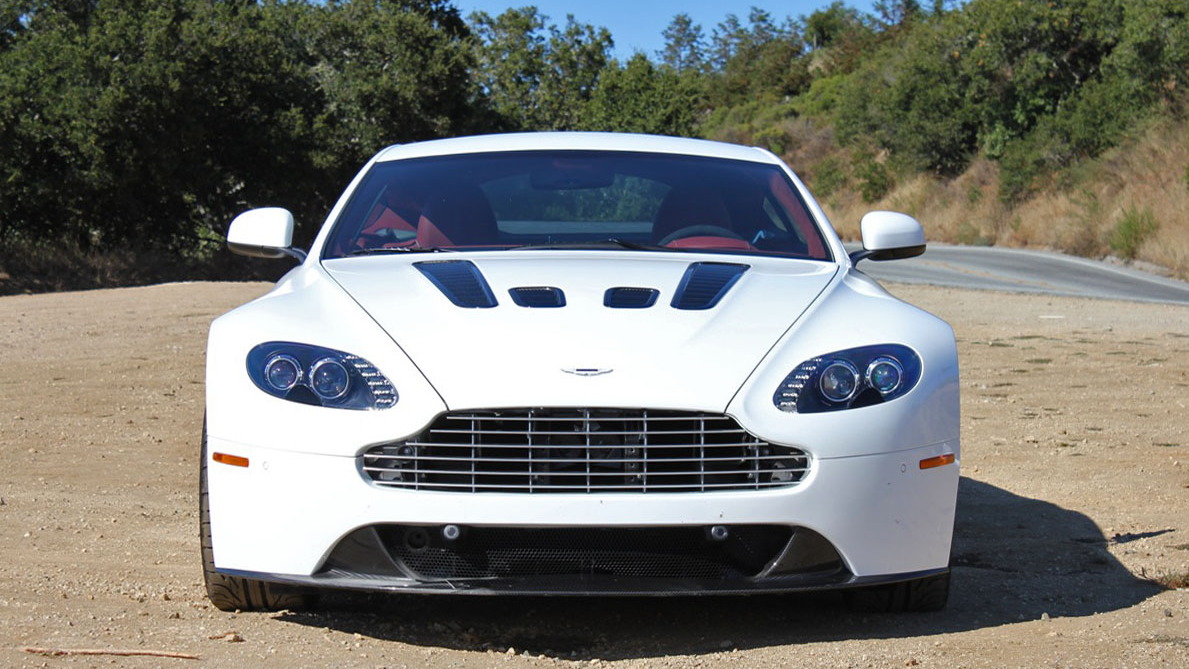 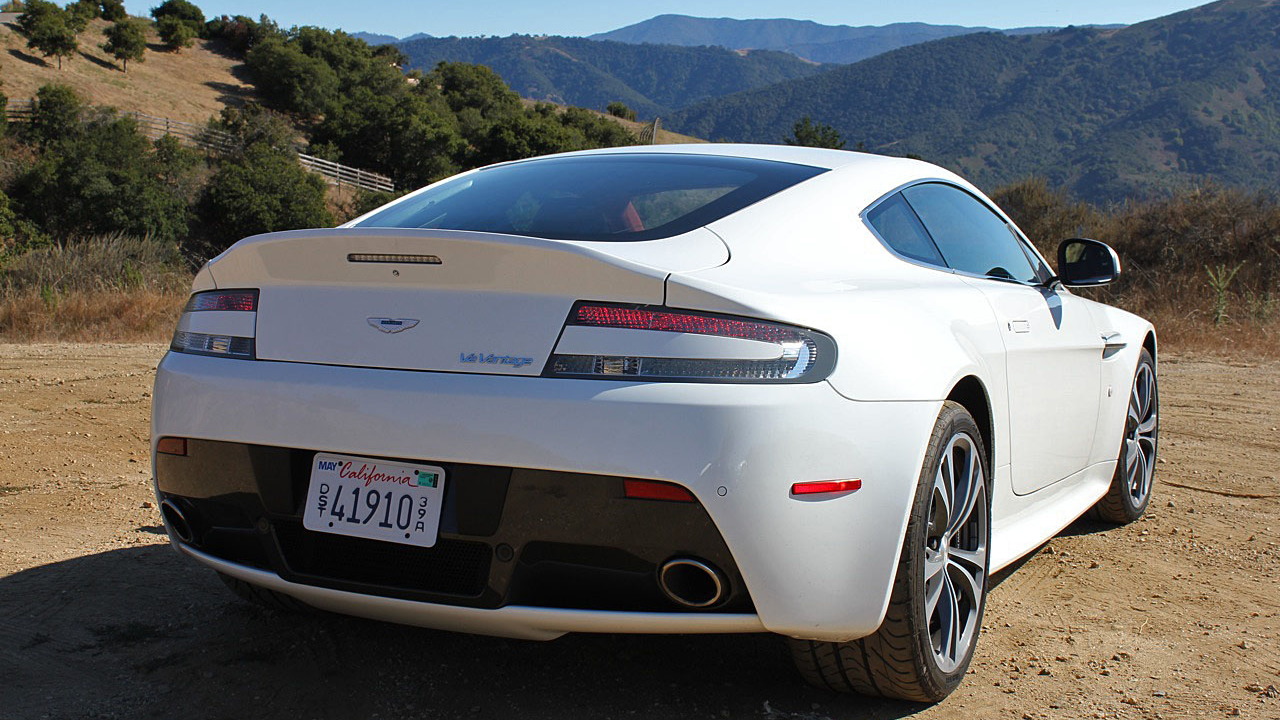 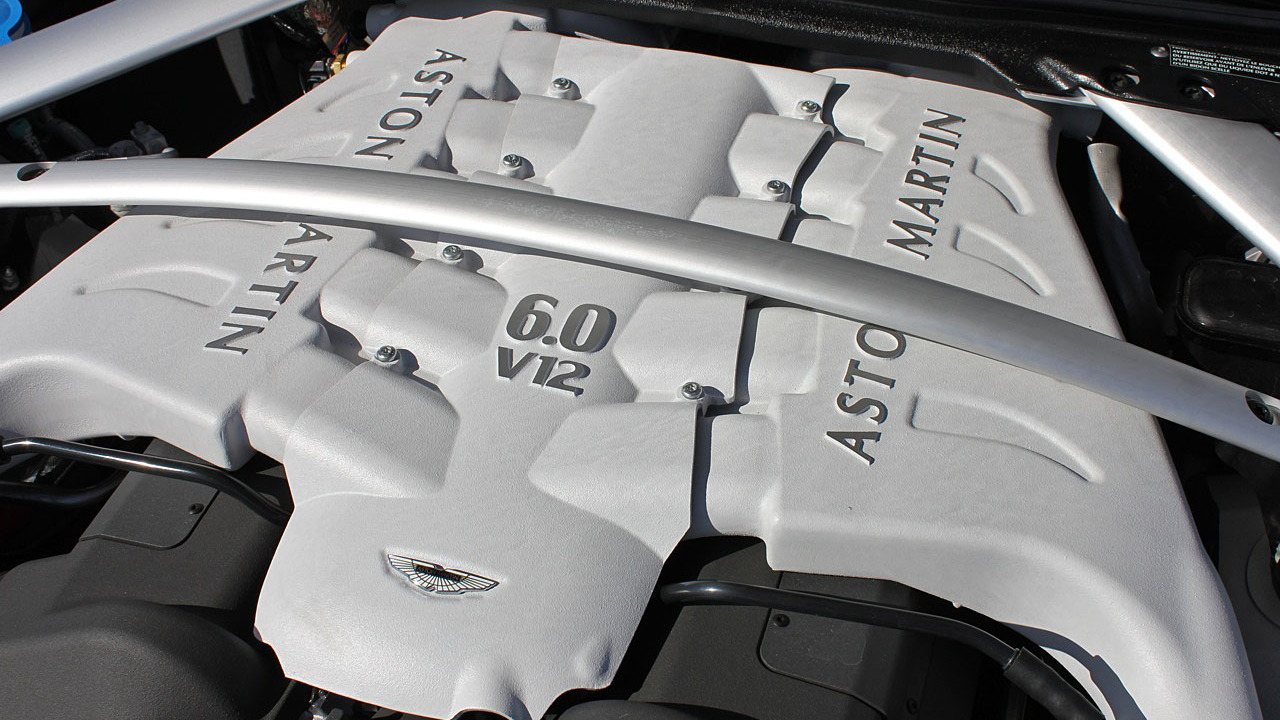 Coming straight out of a two-hour stint in the Ferrari 458 Italia and jumping into just about anything else, you expect to be...underwhelmed. Not so with the Aston Martin V12 Vantage. Though it takes a very different route, the big-engined baby Aston is, in its own way, even better.

Take Aston Martin's "entry level" car, stuff a 6.0-liter, 510-horsepower V-12 engine under the hood, and you've got the V12 Vantage. The big V is enough to bump the Vantage from its position at the bottom of the hierarchy almost to the top, at least in terms of performance, second in the range only to the One-77 supercar.

If you love engine sounds, you have to love Aston. Even back-to-back with a Ferrari V-8, the big V-12 sings. We're not sure if it's the slightly bassier rumble at idle, the more muted-yet-ferocious wail at redline, or the rolling wall of frequency in between, but the V12 Vantage simply sounds like the fastest thing on the road from the driver's seat. It also delivers the goods in terms of actual speed.

Capable of 4.2-second 0-60 mph runs, 190 mph top speed, and roasting the tires at will in the lower gears, flattening the accelerator in the V12 Vantage leaves no doubt you're in a supercar. Squirming the rear on full throttle acceleration even with the electronic nannies fully engaged, and with steering that's both heavier and less detailed than the Ferrari's, the Aston feels more raw and unrestrained.

That's not to say the V12 Vantage won't hustle a corner--in fact, it does so beautifully. The nearest comparison in my range of experience, oddly enough, is the last Dodge Viper SRT10: brutally efficient, immensely fast, but with more of the feel of a racing car detuned for the street than a confidence-inspiring street car worthy of a race track, a la Italia. The big gear shift and chunky 'box also contribute to the comparison, with positive engagement requiring a fair amount of effort. That effort was rewarded with not a single missed shift during some hard driving up Laureles Canyon Road, however, no matter how we accelerated, heel-toed, or skip-shifted the badboy Brit.

If you're like most, you know Aston Martin's rep as the luxury car of supercars. The V12 Vantage strikes a different balance. Alcantara headliners, leather everywhere you'd imagine and everywhere you wouldn't, and even better seats than the Italia sit in the cabin at odds with the mass-market-looking and feeling center stack and switchgear. Knock on a panel in the Italia and you're greeted with a satisfyingly solid muted thump. Do the same in the Aston and half the time you'll get a hollow reverberation, particularly in the upper door panels.

But that's not cheapness at work. It's lightness. Rather than filling the panels with sound-deadening insulation or heavy backing, the V12 Vantage dispenses with a bit of Aston's typical niceties to deliver a more performance-focused drive. The weight-loss regime was in part a response to the 220-pound heavier V-12 engine under the hood. Saving weight through light materials, lighter wheels, carbon ceramic brakes, and optional lightweight seats, the V12 Vantage weighs just 110 pounds more than the V-8 version. In other words, Aston doesn't see this as yet another model in the range of ultra-lux fast coupes; instead, it's the black sheep, intended to draw in drivers looking for a more visceral experience behind the wheel. It delivers.

Despite the driver-centric design, however, the Aston is still a very attractive daily driver if you've got the resources. In fact, it's a better daily driver than the Italia, even with the six-speed manual. More luggage space (it has a real trunk), a more comfortable cabin, a less frenetic sound and feel when driving at six or seven tenths, and easier entry and exit add up to make the V12 Vantage an ideal choice for an inspiring commute.

At the end of a great Saturday on the Monterey Peninsula, we were left asking ourselves which was better, the Vantage or the Italia. The answer is: both. Like choosing between black or white truffles, canary or champagne diamonds, choosing between the Aston and the Ferrari is a matter of taste. And both are delicious.