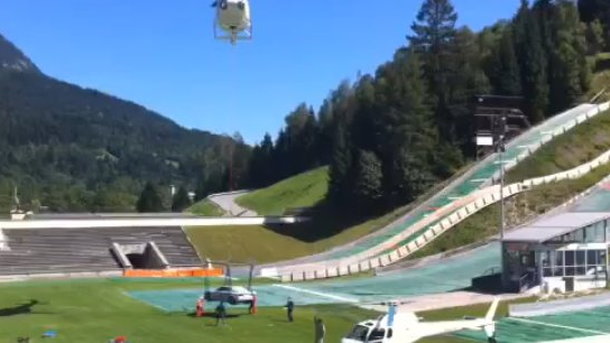 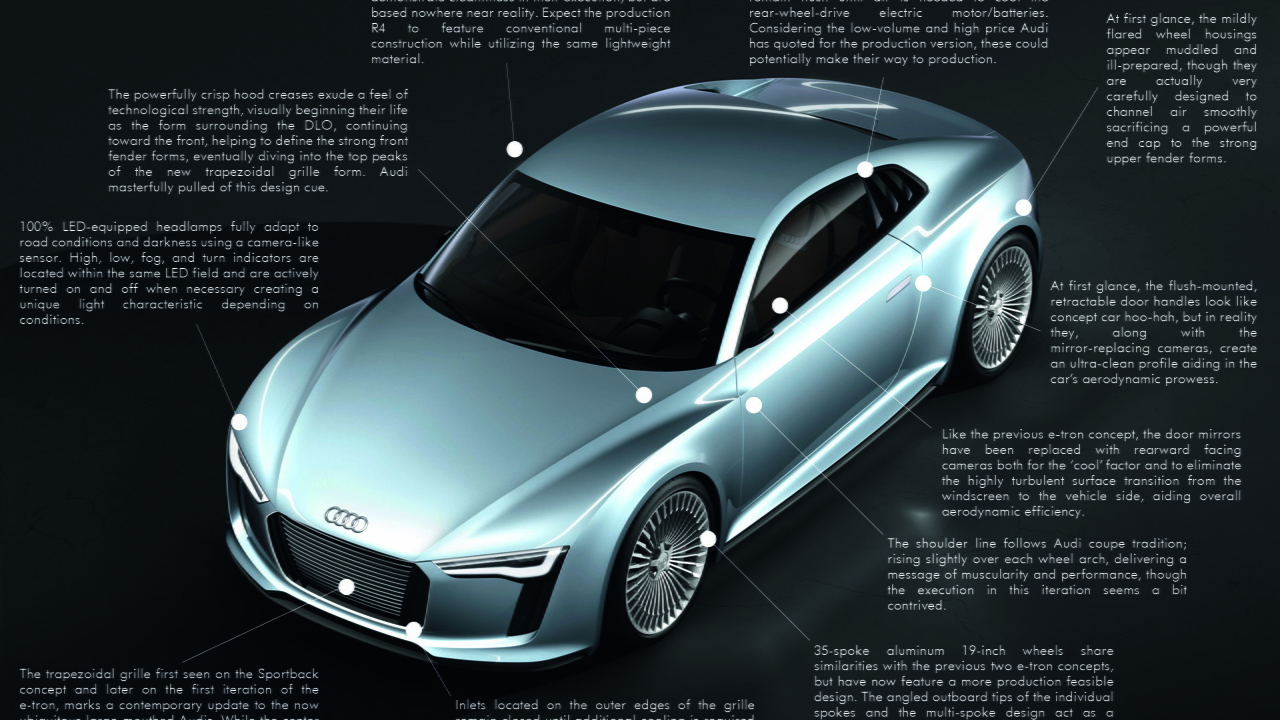 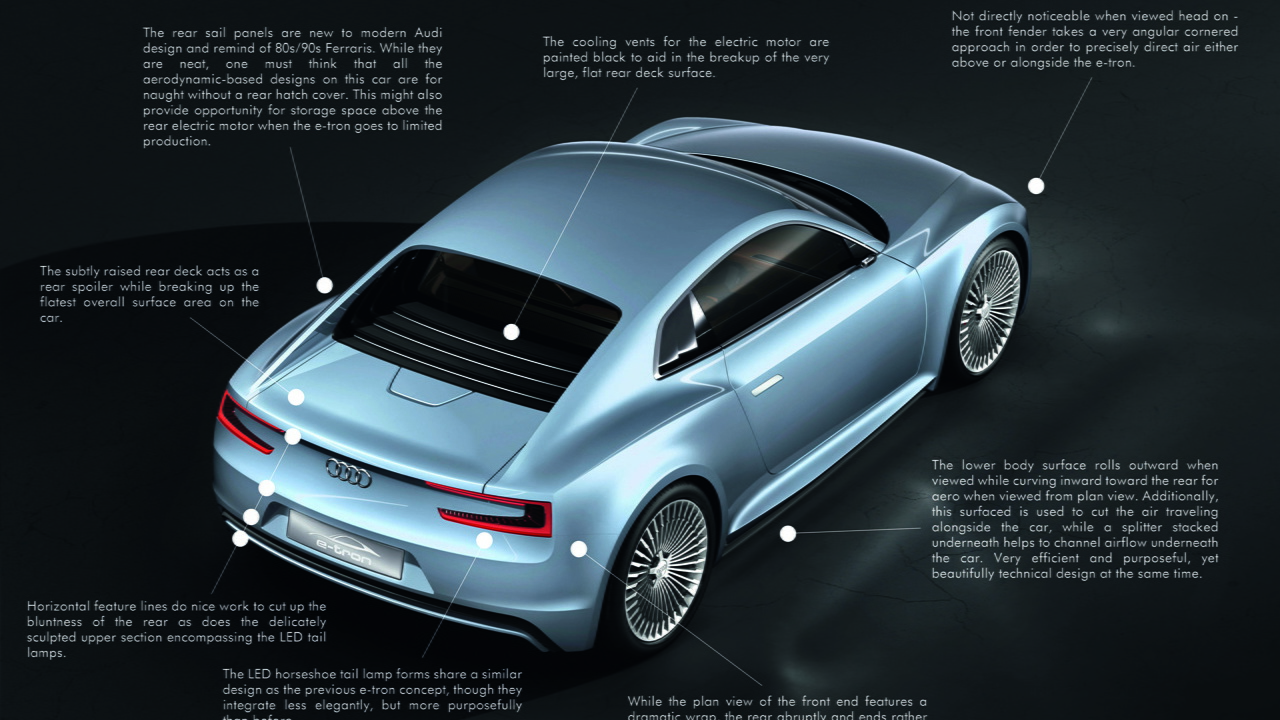 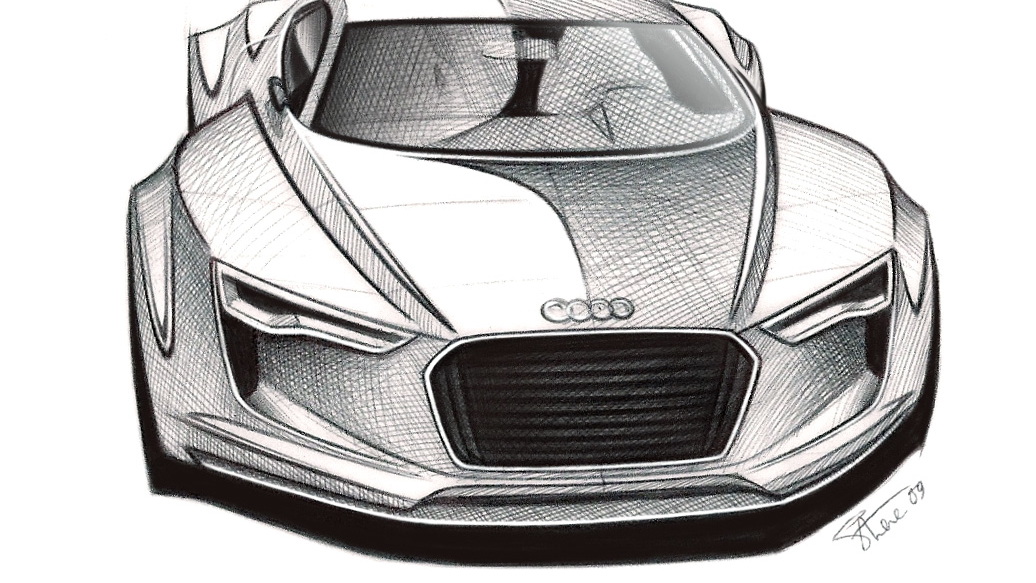 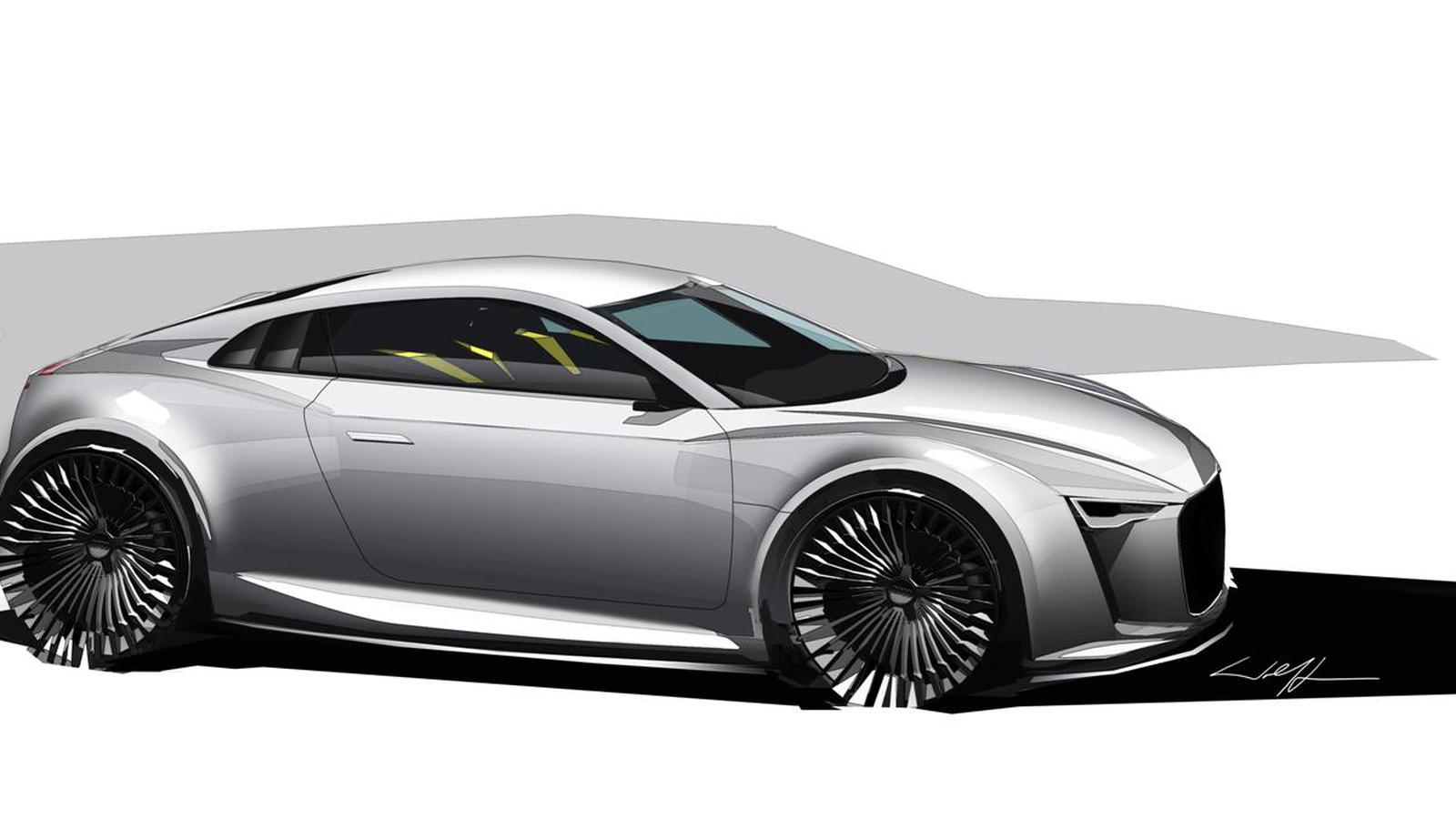 It's summertime even in Western Europe, but that doesn't mean you can't hit the ski slopes--in an Audi, at least. This video, claiming to be a behind-the-scenes capture of an Audi promo shoot, shows what may be the Audi R4/e-tron on a dry Olympic ski jump near the Austrian border.

It's a two-part video, with the first consisting primarily of the sound of the helicopter and not much else, though we do get a glimpse of the camouflaged concept in question. The second video sees the car being airlifted back to the bottom, and being covered in a blue tarp. Beyond that, not too much excitement. But the videos do pique our interest in what the whole procedure may yield. We'll just have to wait and see what Audi turns out.