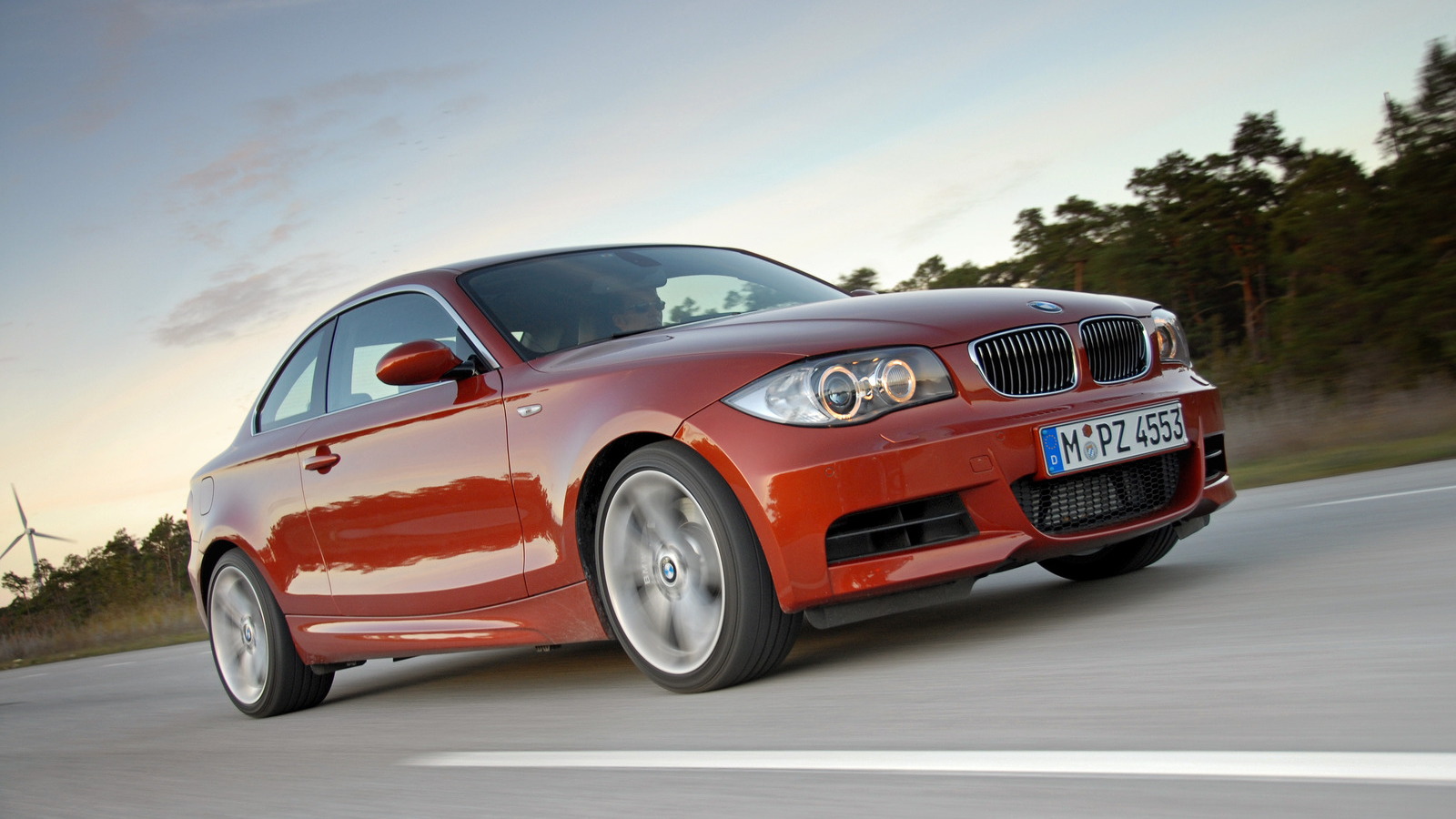 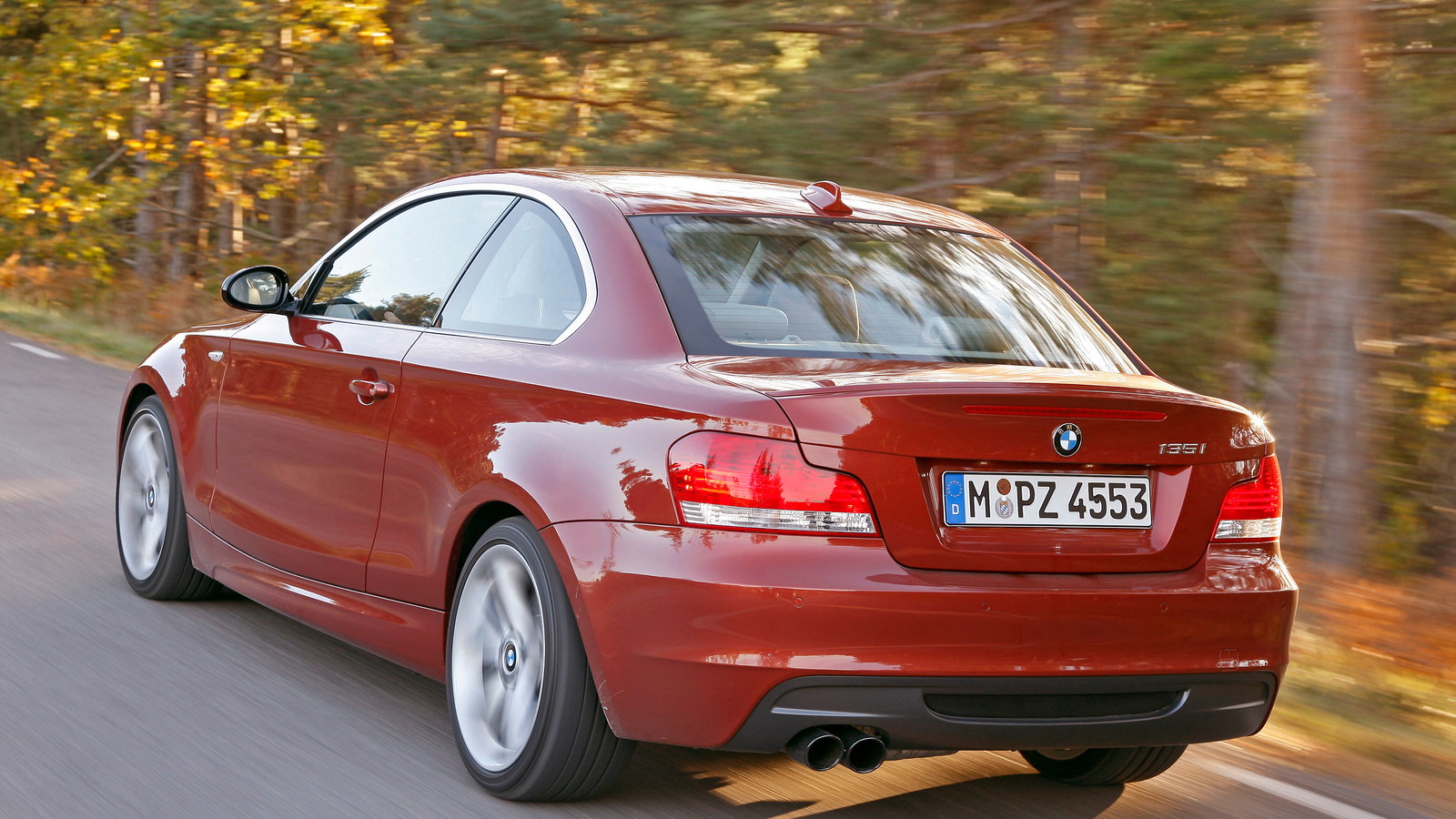 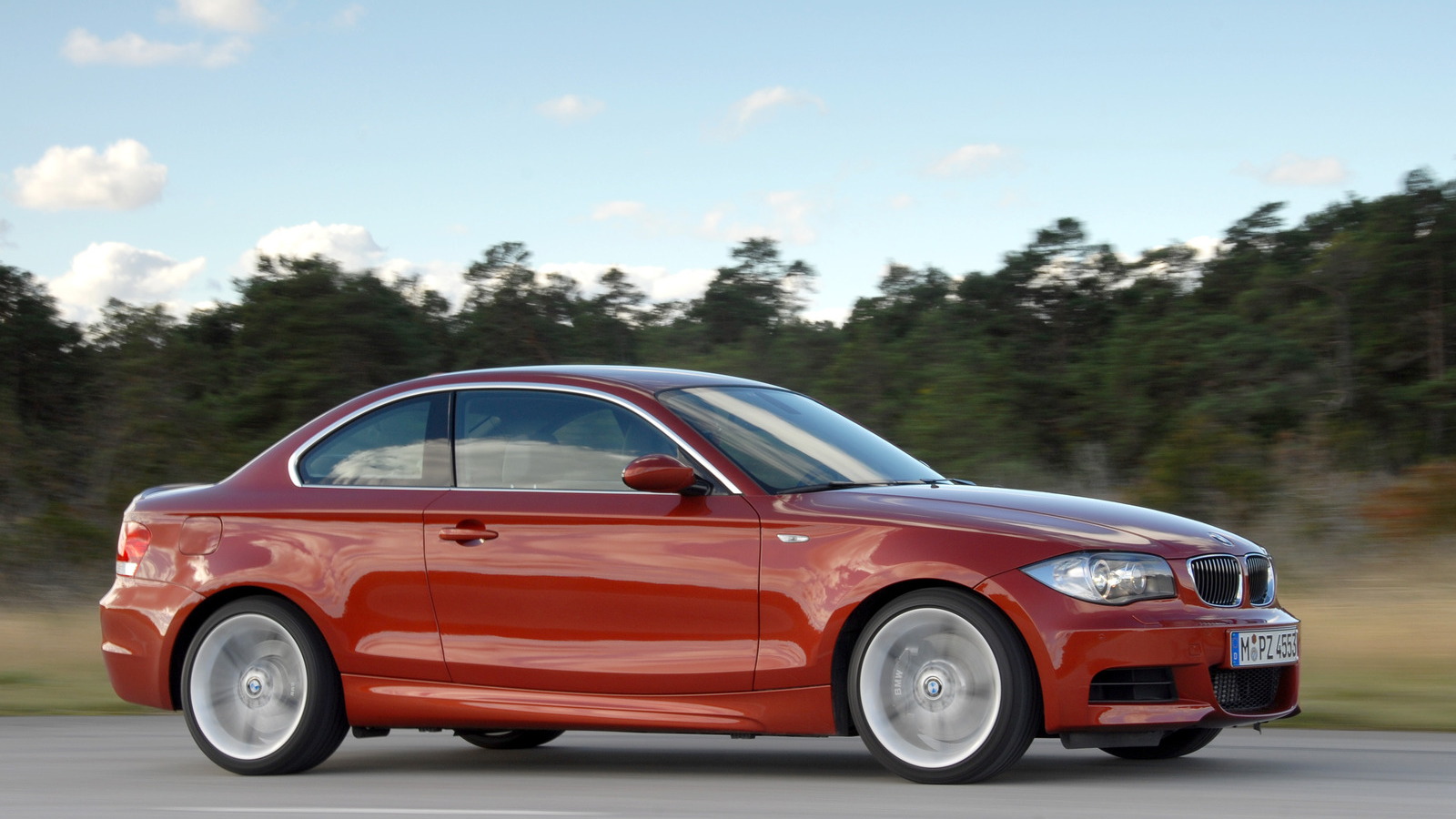 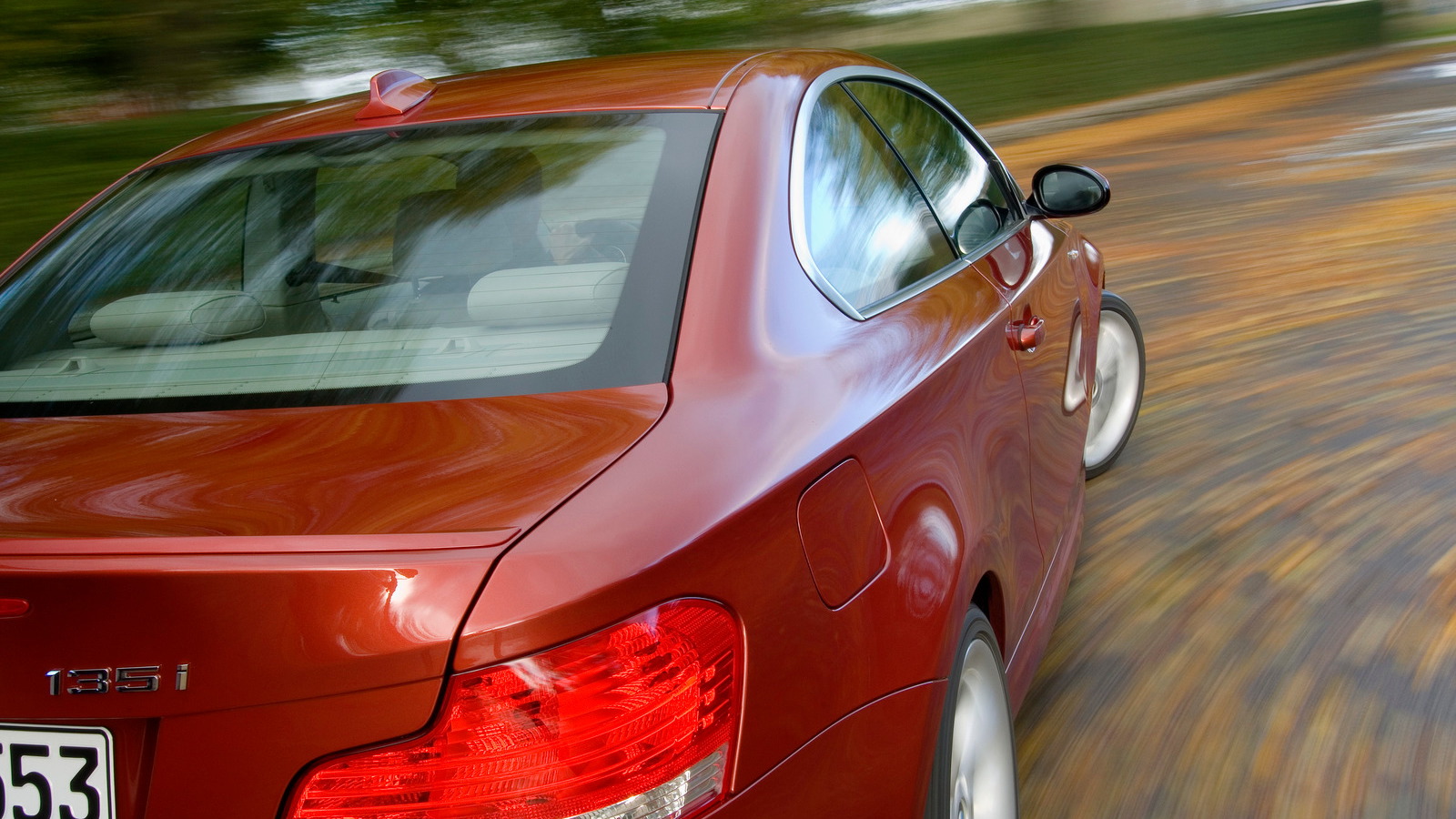 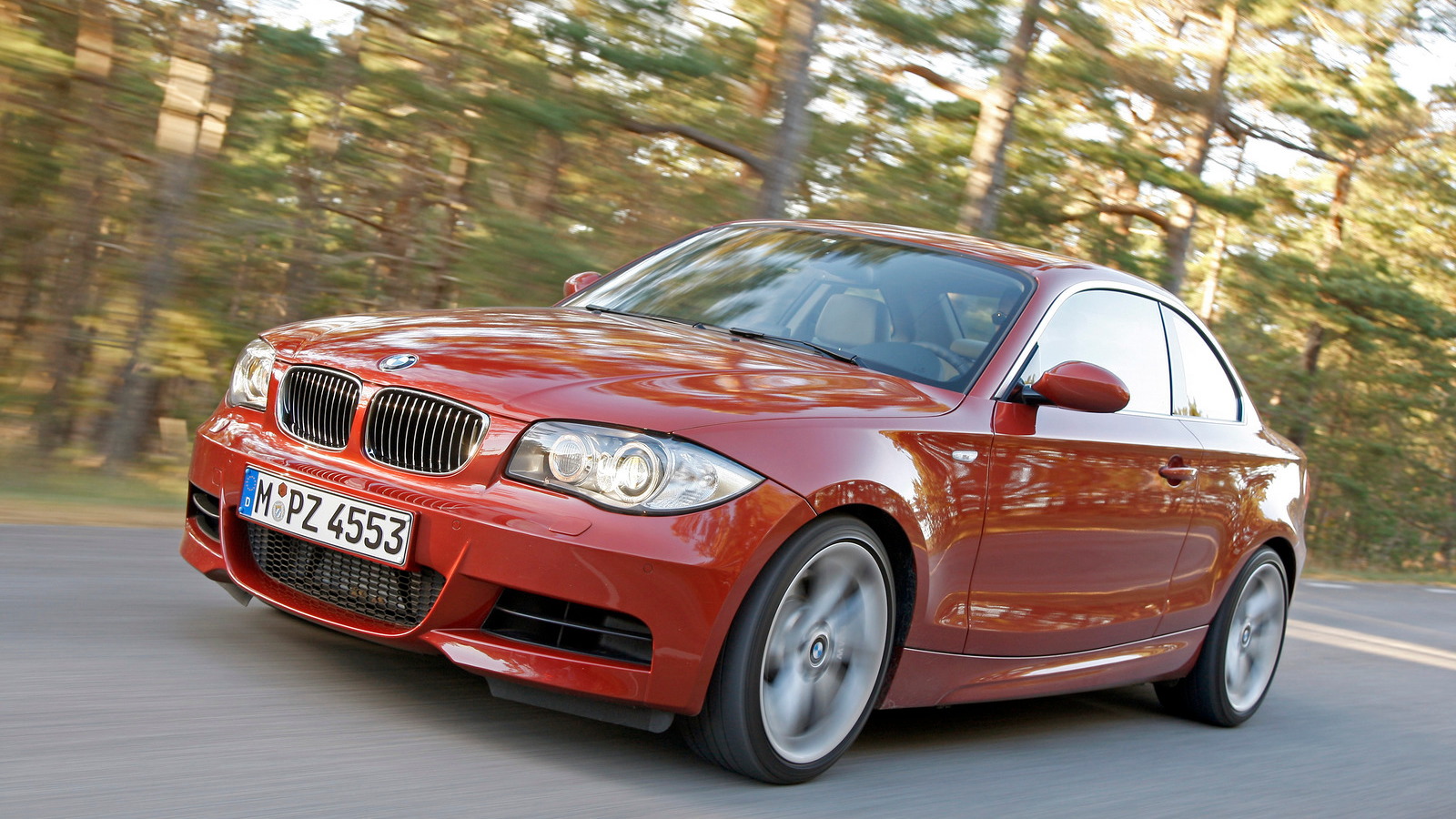 Dual-clutch gearboxes. Not yet common parlance for the average buyer, but a frequent topic of debate among enthusiasts. The rift: rowing your own cogs versus having a computer do it for you. There's a purity of experience in working the clutch and the shifter yourself that simply doesn't come through in the flapping of a paddle. But does that really make the manual better?

[Disclaimer: BMW paid to fly us out to New Jersey Motorsports Park for two days of track time in most of the 2011 lineup, stuffed us with great food and plied us with drink. As usual, it was overkill, but who are we to turn down a meal at Le Bec-Fin? Still, it was the cars that sent the real message. And the message is good.]

No, not really. Not if by better you mean "faster." Because dual-clutch gearboxes are brutally fast, far less prone to user-induced error and generally just better for driving a car hard: you can keep your feet over the go/stop pedals, heel-toe is unnecessary, and both hands stay on the wheel at all times.

If by better you mean more fun, however, the manual wins every time. Sure, it's pretty cool clicking through the gears video-game style as you run up to and beyond 100 real-world mph, but the novelty quickly wears off and you're left either driving for maximum pace or finding a 7/10s drive a bit less enjoyable.

So what's this meandering diatribe all about? The 2011 BMW 135i with DCT, of course. While Volkswagen and Audi have had similar DSG systems in their cars for some time now, the entry of the DCT (BMW's moniker for their dual-clutch unit) into the 1-Series lineup, it's accessible in a relatively affordable, rear-wheel-drive luxury sports coupe. And that's pretty cool. Except when it's not.

For most, the DCT is the perfect compromise: fully automatic driving for the 90 percent of the time you're just getting around town, and a truly performance-enhancing manual mode for those weekend runs. No sloshy, sluggish, round-peg-in-a-square-hole feel like you get from a manu-matic slush box. Just rifle-bolt precision as you click from gear to gear, complete with spot-on rev-matching and direct feel from the accelerator.

During our multiple stints on the track at New Jersey Motorsports Park behind the wheel of the 2011 135i DCT, we found the system to be very well suited to hard use. It's not as positive in its engagement or as coldly precise as the M3's dual-clutch 'box, but it's not too far off, and it enables pretty much anyone to look good on course provided they know the line.

The paddles--or lack thereof--are actually buttons on the back of the steering wheel. Some prefer fixed paddles carried by the steering column, but unless they're very wide indeed, we've found it hard to reach for a gear at times if you've still got a good bit of steering lock rolled in and find yourself in need of a change. The 135i's steering-wheel-mounted shift buttons take the turn with you, meaning you can practice good habits and shift only when going in a (nearly) straight line, or you can save a botched exit from too tall a gear before you're all the way to the track-out point. We like the freedom to choose, though we'd rather be so heroically error-free behind the wheel that we wouldn't notice the difference. C'est la vie.

Beyond the new DCT gearbox, there's not a whole lot new to tell about the 2011 135i. It gets the new N55 single-turbo, twin-scroll arrangement that's permeating the rest of the lineup, but having driven the 2010 135i for a full week before flying out to New Jersey, we can say with confidence that 99 percent of drivers won't notice a difference, on-track or off. The boost supplied by the single-turbo setup comes on smoothly and digs well from low rpms. It breathes just fine up top, too, running strong to its redline, though like nearly any turbo engine, it feels strongest before the final 1,000 rpms. In short: you won't miss the N54 in 135i guise, and you may even pick up an mpg or two.

But the most interesting point gleaned from the event wasn't while we were behind the wheel of the 135i, but after. Driving the 335is and M3 Coupe immediately after the 135i, we realized that while the two 3-Series cars offer more fine-tuned handling (especially in the case of the M3) and more raw power, it's possible to hustle the little 135i along at nearly the same pace everywhere except for the last 1/3 of the straights. And that's not too shabby for the "entry level" Bimmer. Not at all.