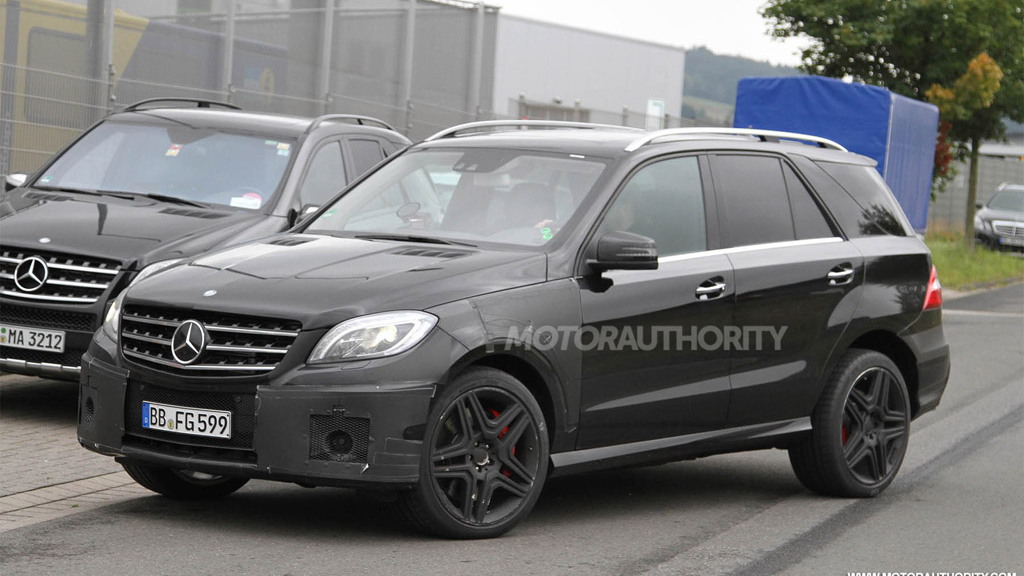 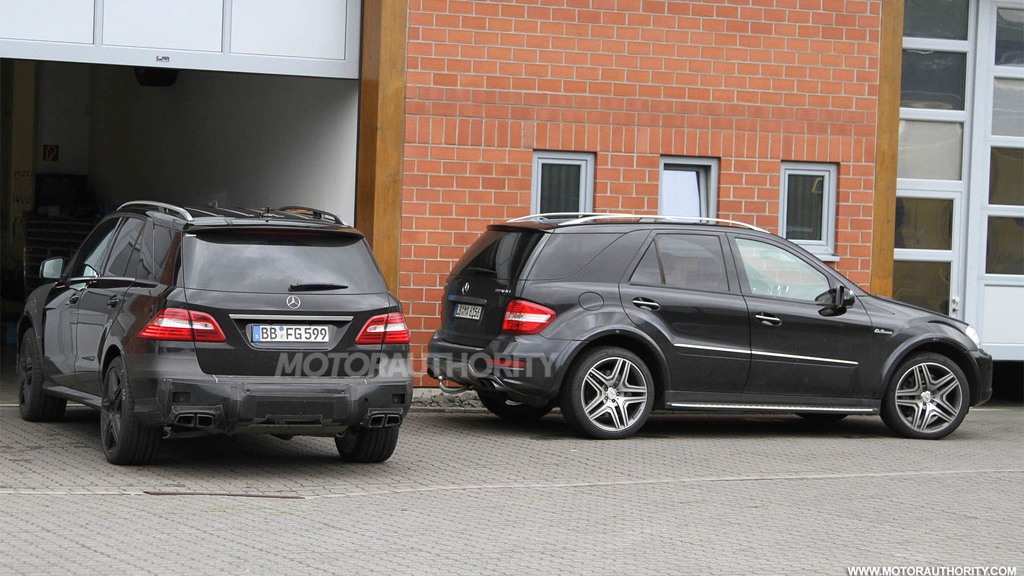 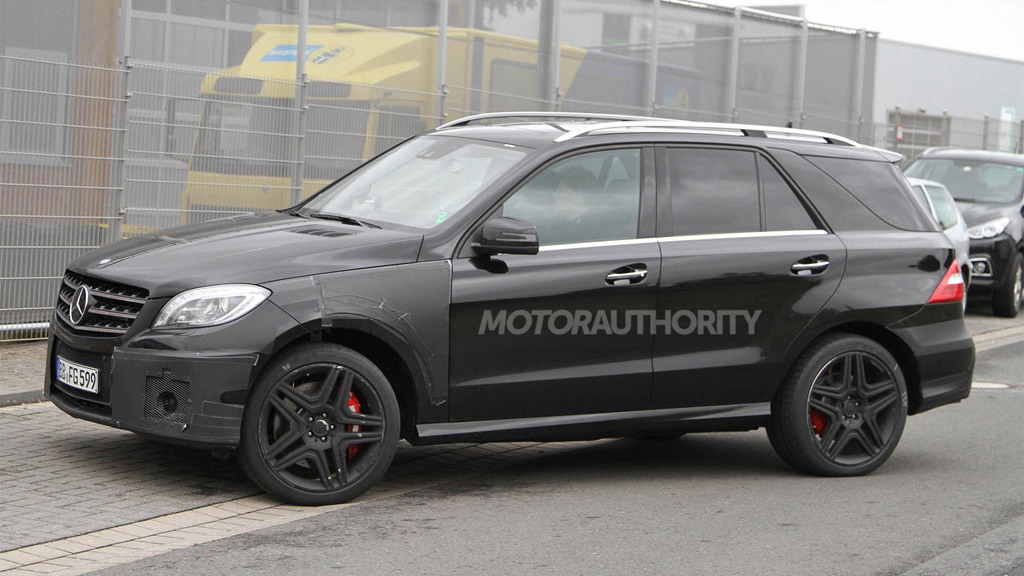 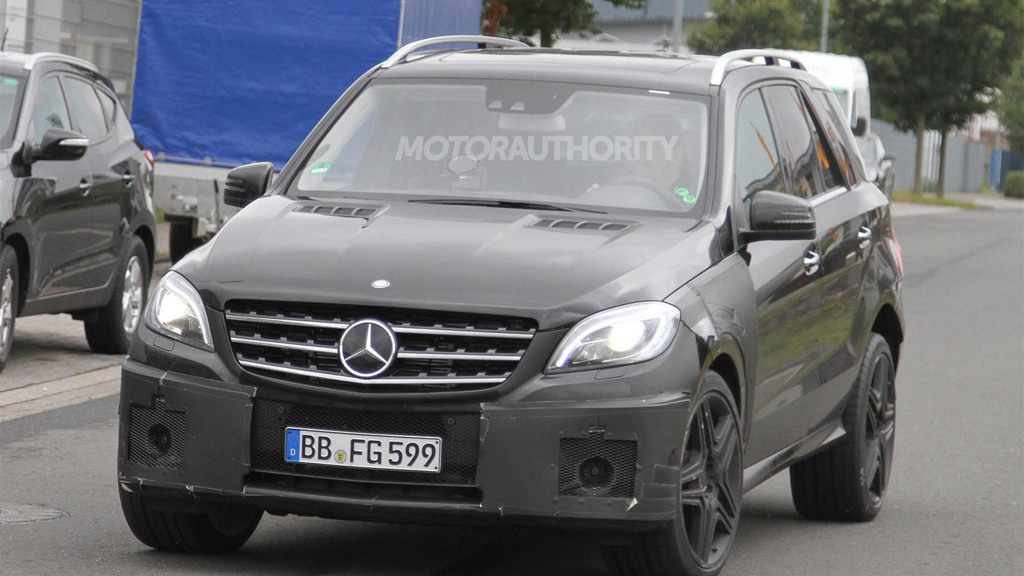 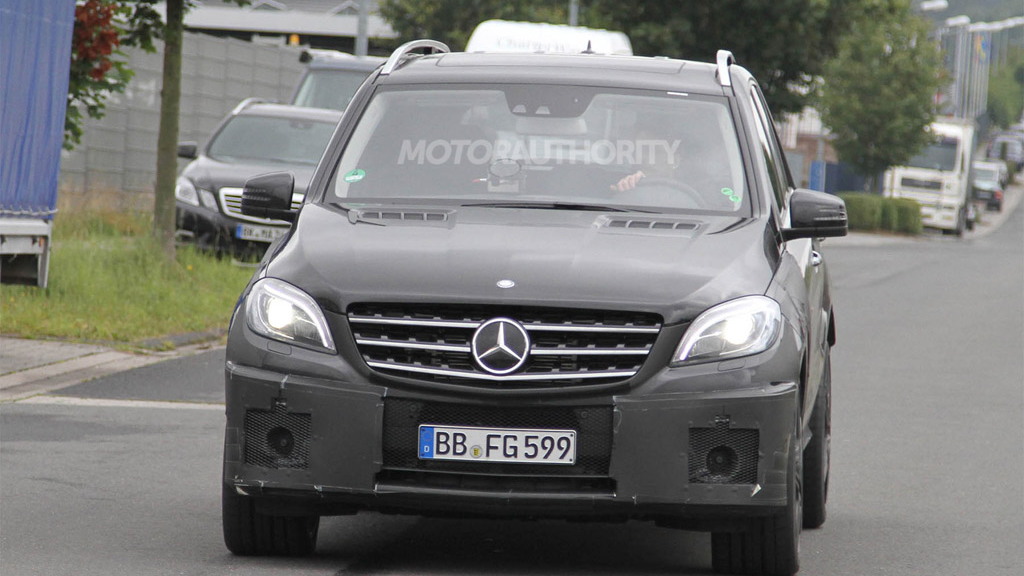 With the redesigned 2012 Mercedes-Benz M-Class now out in the open, our thoughts turn to the high-performance variant of the M-Class range, the ML63 AMG.

This latest prototype spotted just outside the automaker’s test center at the Nurburgring has shed much of the camouflage of the previous cars, and compared against the previous generation model seen in some of the shots, it’s easy to see that designers aren’t mucking around with the winning formula they already had.

The styling of the new ML63 AMG will be more of an evolution than a complete revolution, however, the drivetrain will be completely new. Telltale signs that this is the AMG variant are the oversized cross-drilled brakes and dual exhaust tailpipes. Expect a slightly lowered ride height and a sports tuned suspension as well.

Almost certain to pick up the performance division’s new twin-turbocharged 5.5-liter V-8, the speedy SUV should feature a power output of around about 518 horsepower and 516 pound-feet of torque--the same figure as found in the latest 2012 Mercedes-Benz E63 fitted with the same engine.

If this still isn't enough, an available performance package should lift output to a heady 550 horsepower and 590 pound-feet of torque.

Look out for a debut of the new ML63 AMG at this September’s 2011 Frankfurt Auto Show or possibly at the Los Angeles Auto Show in November. First sales should start by the end of the year.