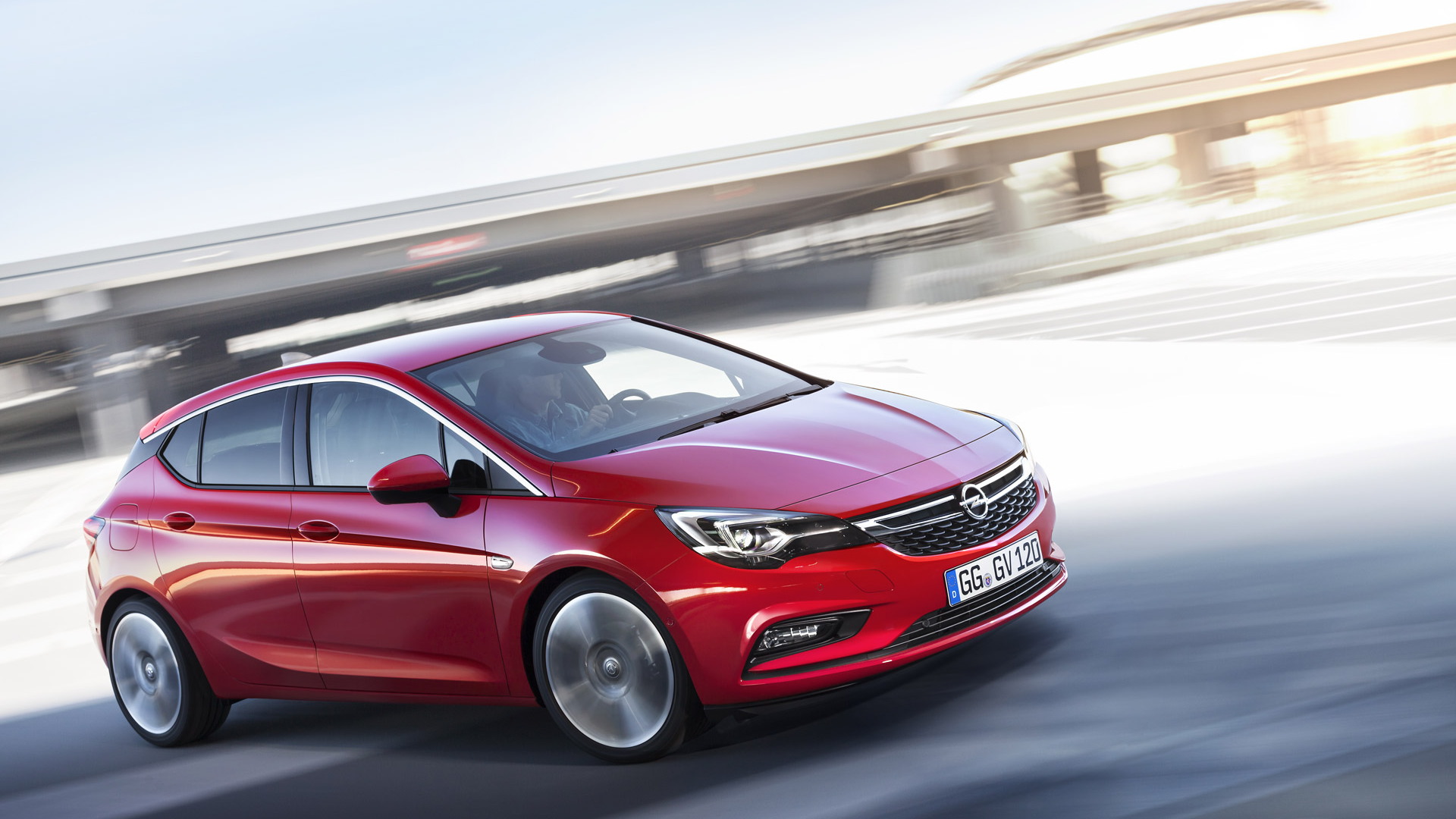 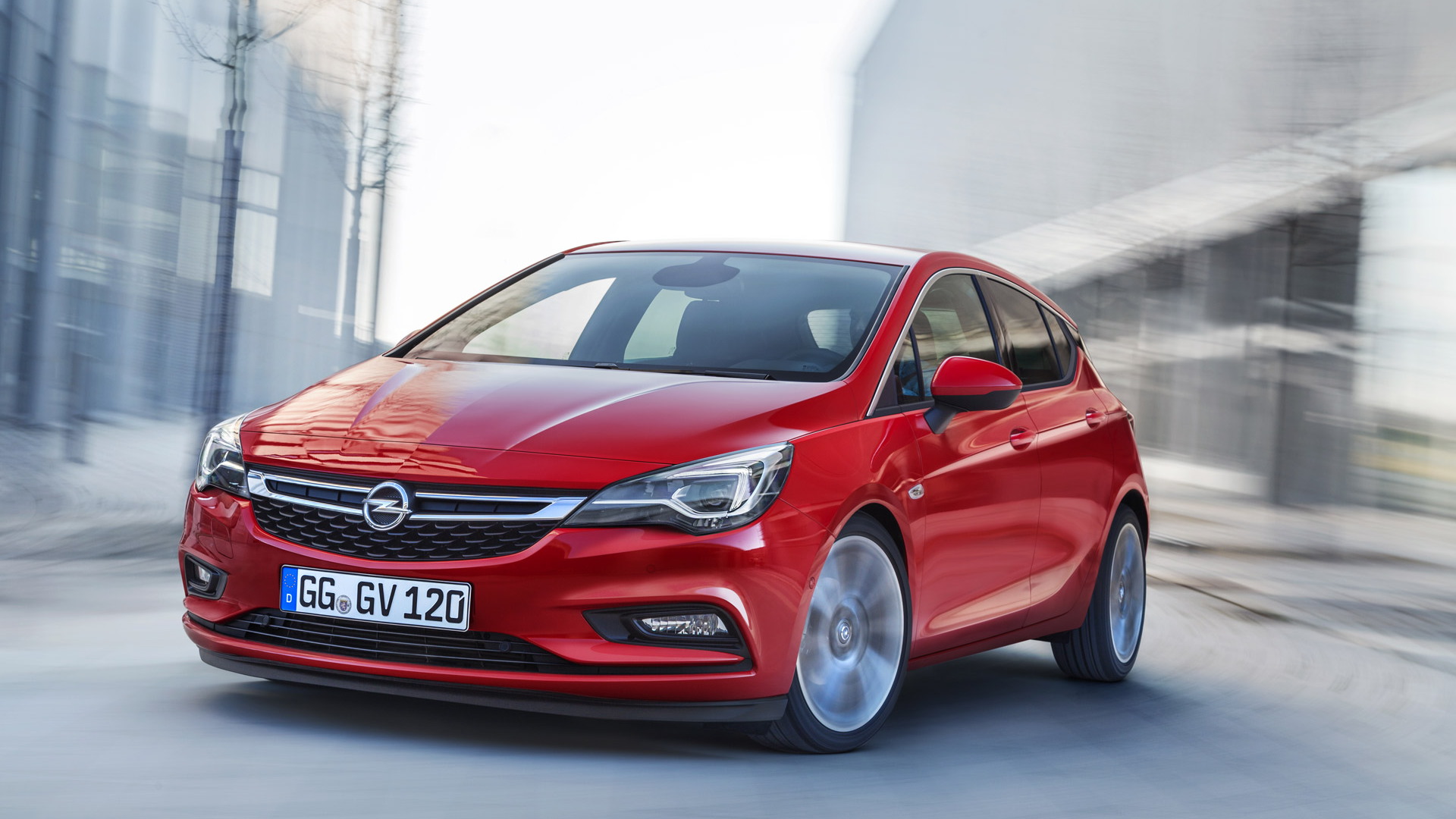 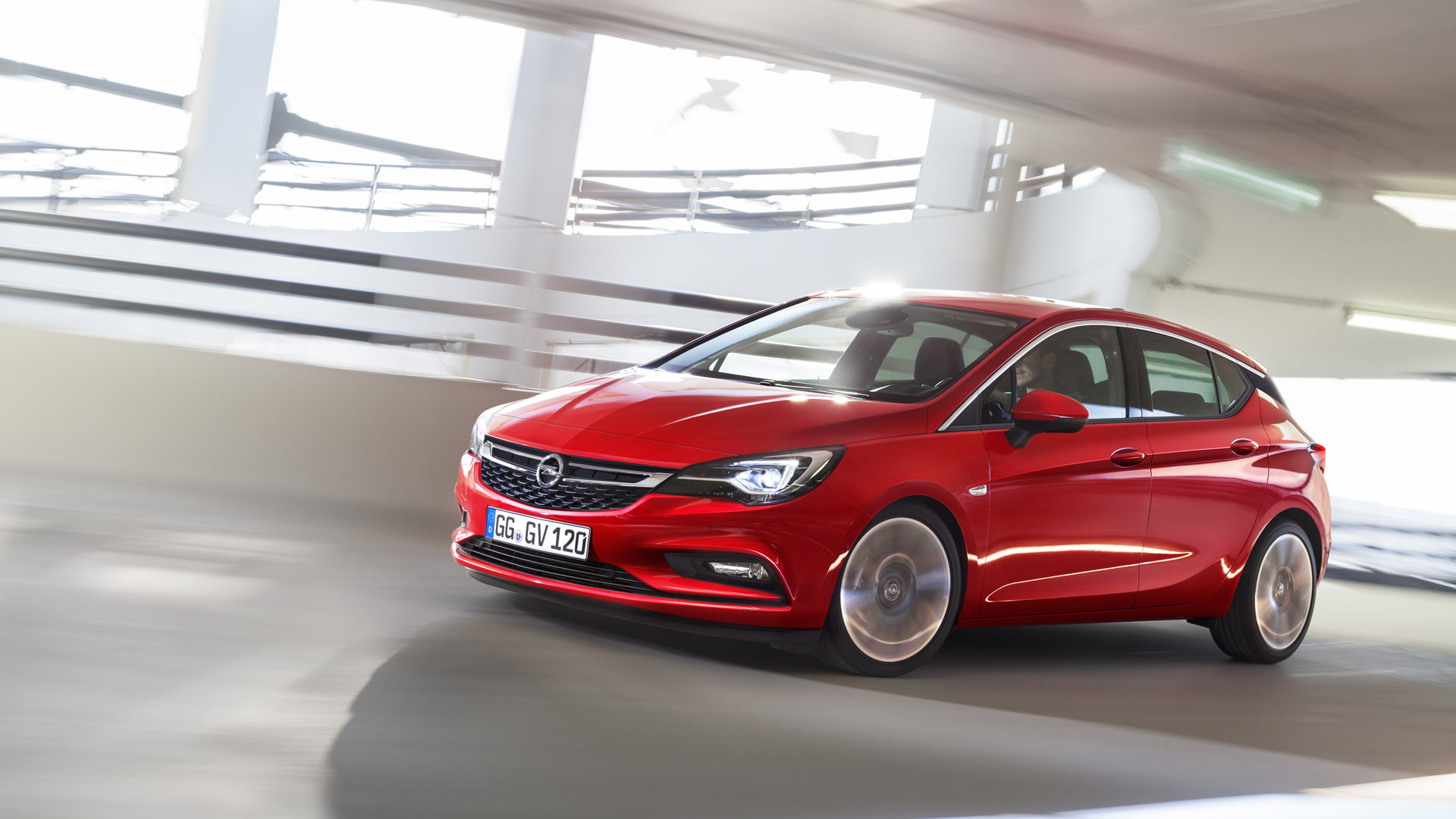 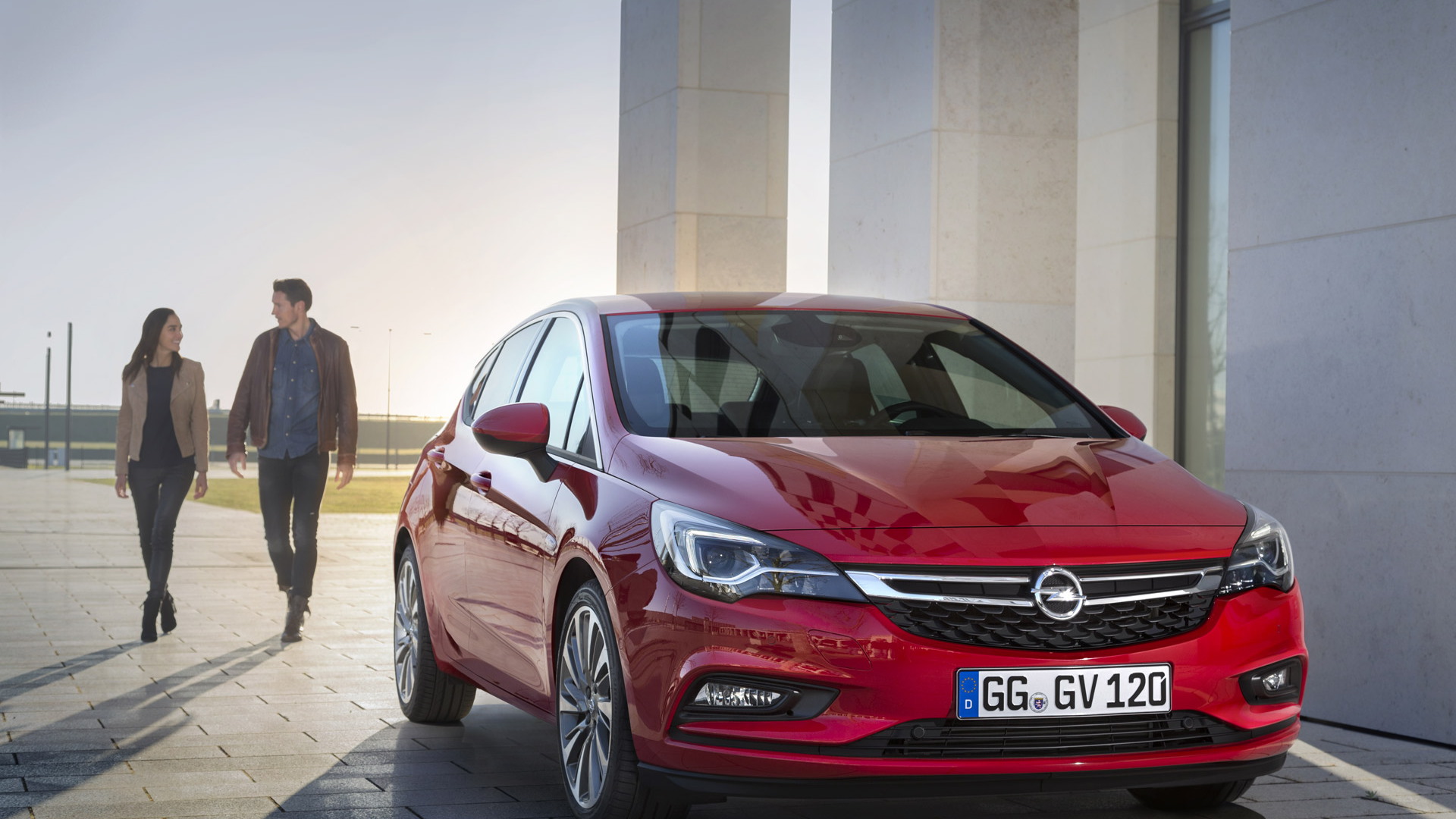 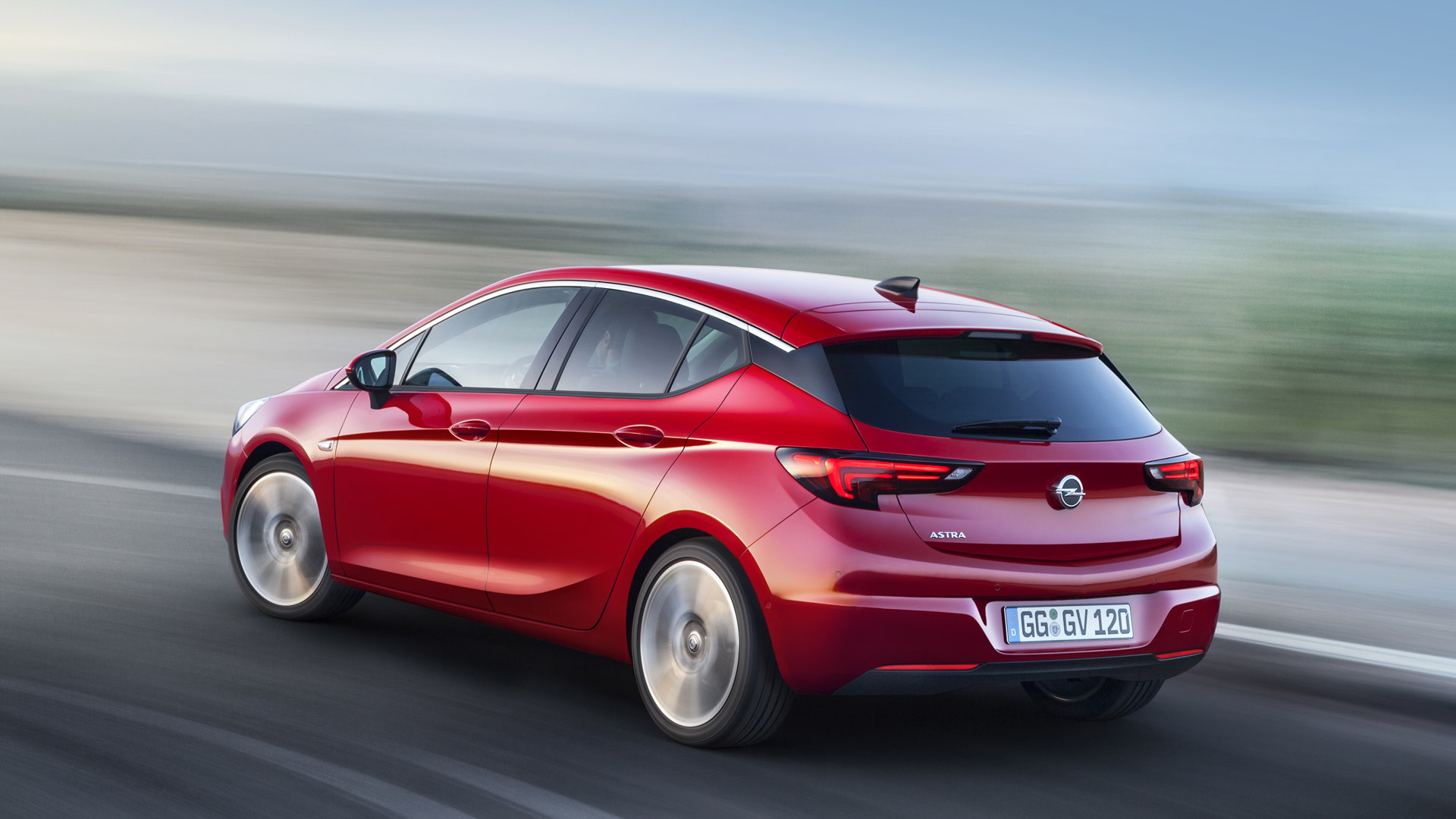 We weren’t meant to see the new Opel Astra until the 2015 Frankfurt Auto Show in September but following a leak earlier today the European arm of General Motors Company [NYSE:GM] has revealed the car in full. Right now we only have a look at the regular five-door hatchback but new versions of additional Astra variants such as the Sedan, Sports Tourer wagon and three-door GTC are also in the pipeline.

The new Astra represents the 11th generation of Opel compact cars, which date back to the pre-World War II model known as the Kadett I. The latest Astra rides on GM’s D2XX compact car platform that underpins the 2016 Chevrolet Volt as well as new versions of the Chevy Cruze and Buick Verano coming soon to the market. Like the outgoing Astra, this one won’t be sold in the U.S.

The exterior features a design inspired by 2013’s Monza concept, particularly at the front. The headlights will eventually be available with Matrix LED technology, allowing owners to drive at night with the high beams left permanently on. Inside, there’s a clean design with a large, touch-screen display in the center stack and a secondary display in the instrument cluster. There are a number of premium touches, too, such as accent stitching, leather trim and metal inlays.

Opel CEO Karl-Thomas Neumann confirms that the engineers have managed to develop a smaller, lighter body for the new Astra while at the same time create a larger cabin. This make the new Astra more agile than the model it replaces as well as comfier and more fuel efficient. Weight savings reach as much as 440 pounds in some variants, an incredible feat for a compact car.

“Three values are decisive for the new Astra—efficiency, innovation and dynamic performance,” Neumann explains. “Our engineers developed it from the proverbial white sheet of paper.”

The completely new vehicle architecture plays a major role in the weight reduction. Every component was checked for compact design and lightweight materials. The bodyshell weight alone was reduced by 20 percent from 787 to 617 lbs. Additional, chassis-related measures resulted in another 110 lbs of weight reduction; these include high-strength and ultra-high-strength low-weight steels, compact subframes as well as weight reductions to the front and rear axle.

Further fuel economy gains come from the application of GM’s next-generation Ecotec engines and transmissions. The engines, available in gasoline and diesel flavors, are smaller than previous Ecotec designs but produce more power thanks to turbocharging and direct fuel injection. The smallest is a three-cylinder engine displacing 1.0 liter while at the other end of the spectrum there is a 1.6-liter four-cylinder unit. Outputs range from 95 to 200 horsepower in the regular models. A high-performance OPC model is expected at a later date.

Another innovation for the new Astra is GM’s OnStar, the first time the connected service is appearing on an Opel vehicle. The vehicle is also compatible with Apple’s CarPlay and Google’s Android Auto smartphone integration systems. Beyond the new level of connectivity is a host of safety features. These include parking and lane keep assist, a traffic sign assistant, forward collision alert, cruise control with speed limiter, a backup camera and much more. There are also new seats available with 18-way adjustment.

While GM has made Europe the only focus for Opel, a version of the new Astra will be sold in Australia under the Holden brand and in the U.K. under the Vauxhall brand.

To keep up with the rest of our Frankfurt Auto Show coverage, be sure to bookmark our dedicated hub.