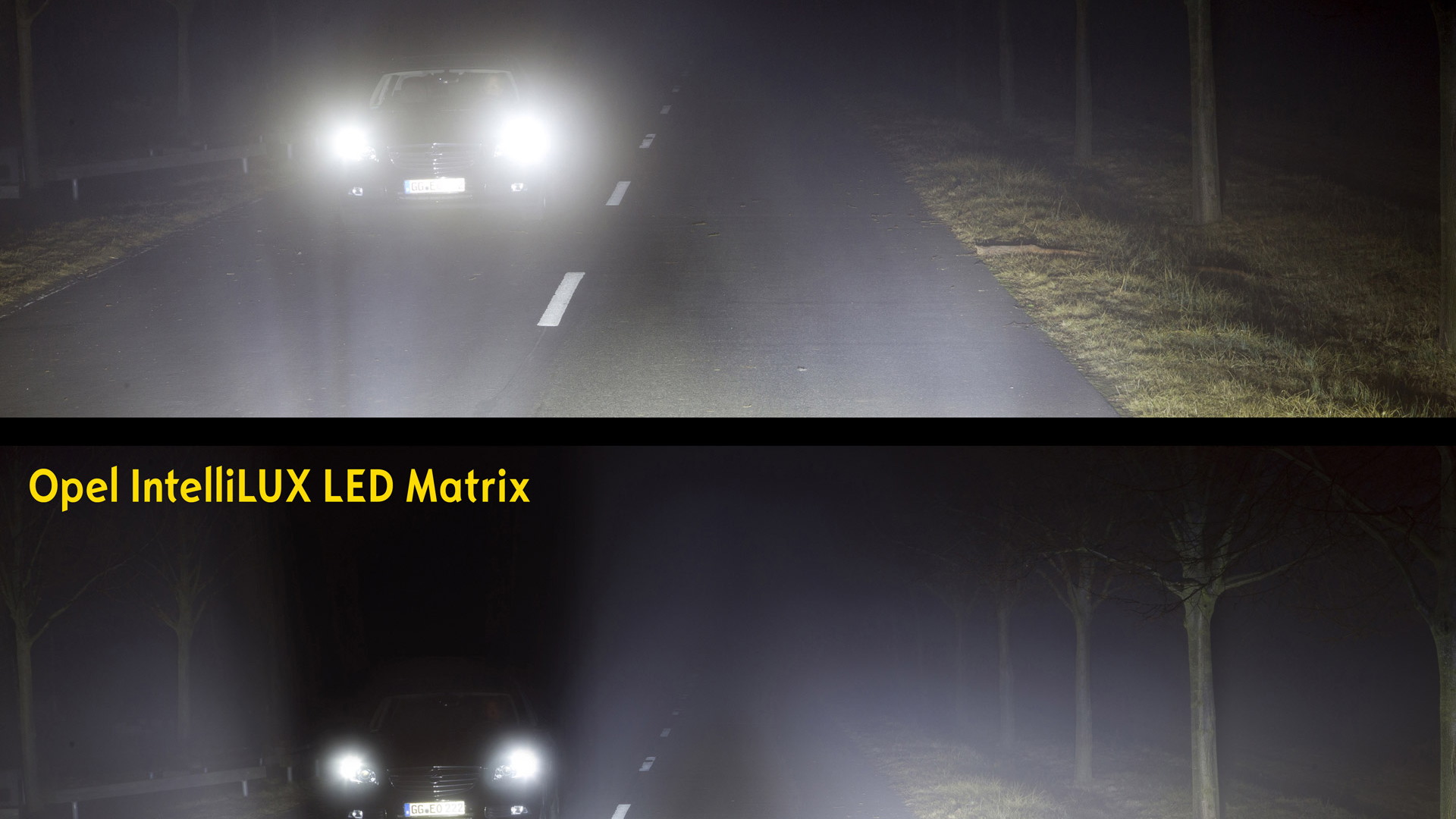 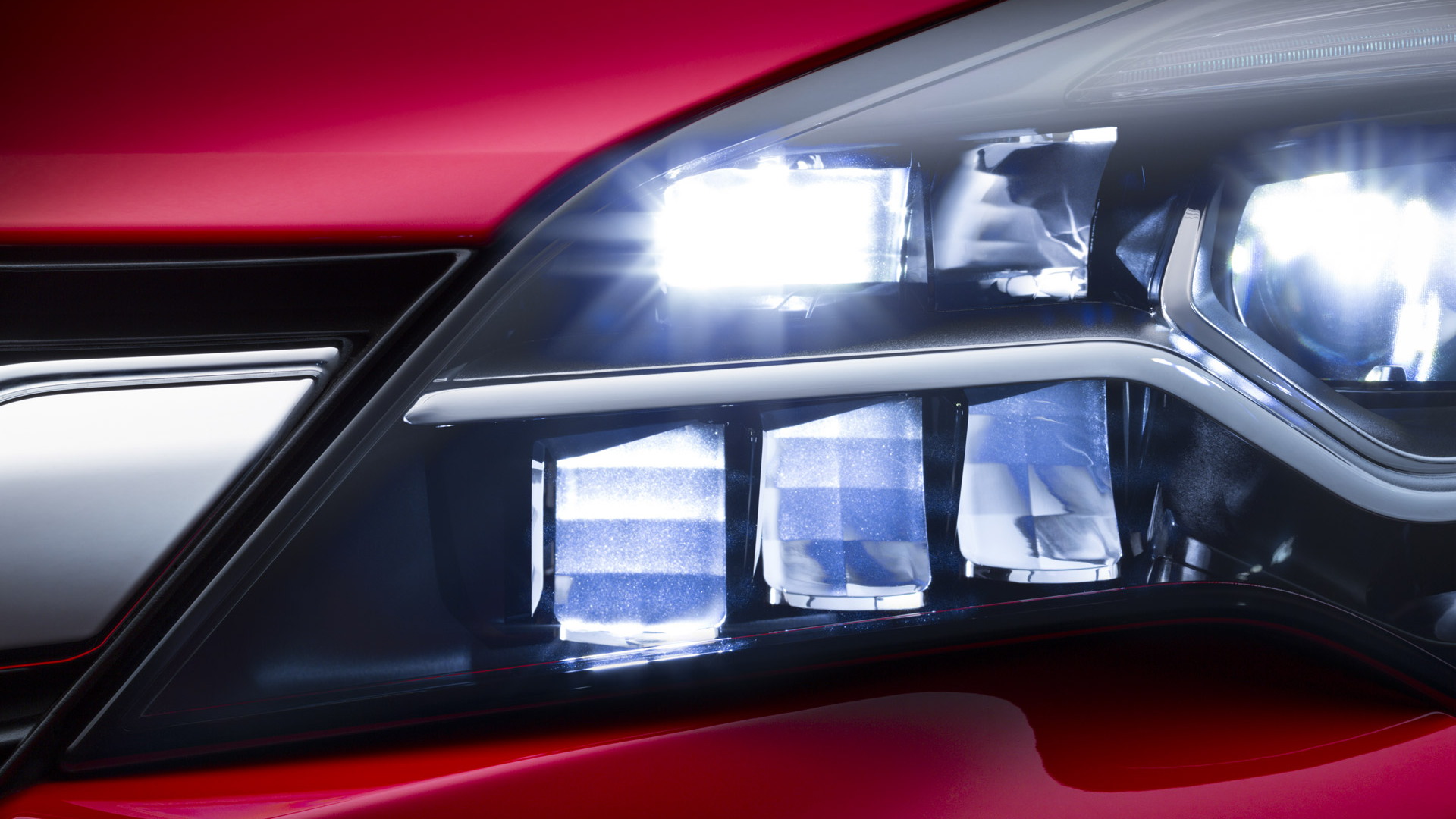 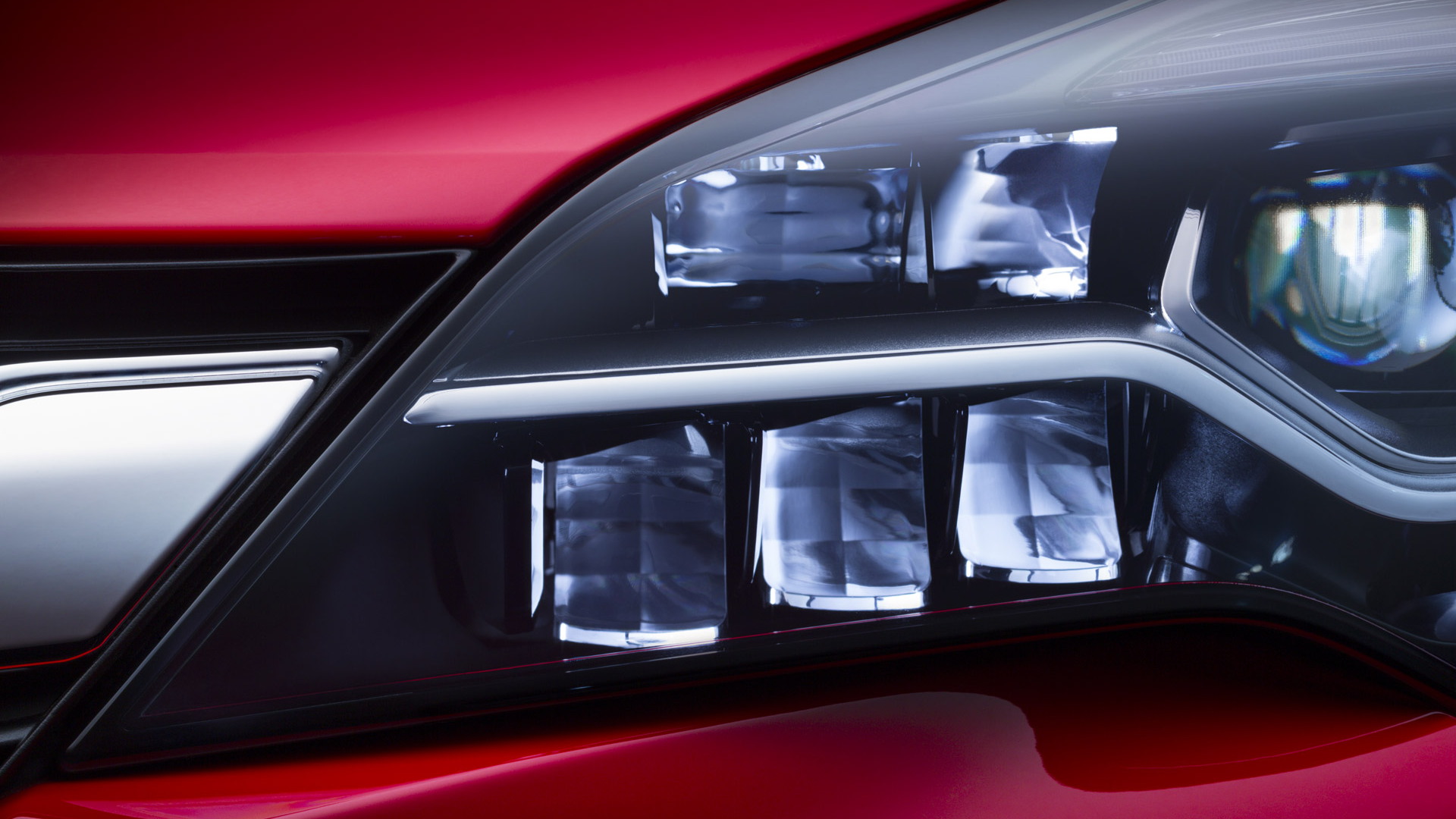 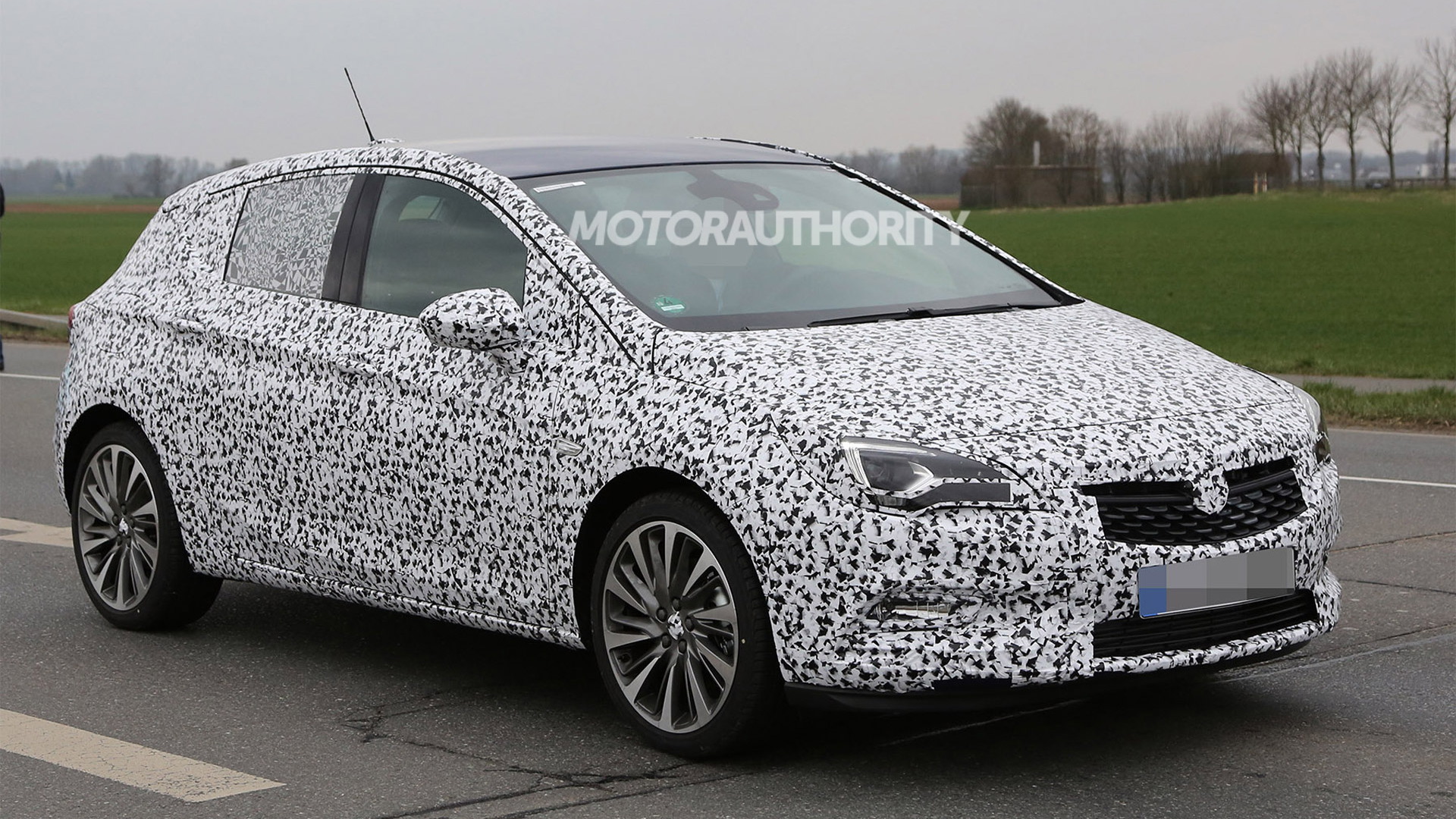 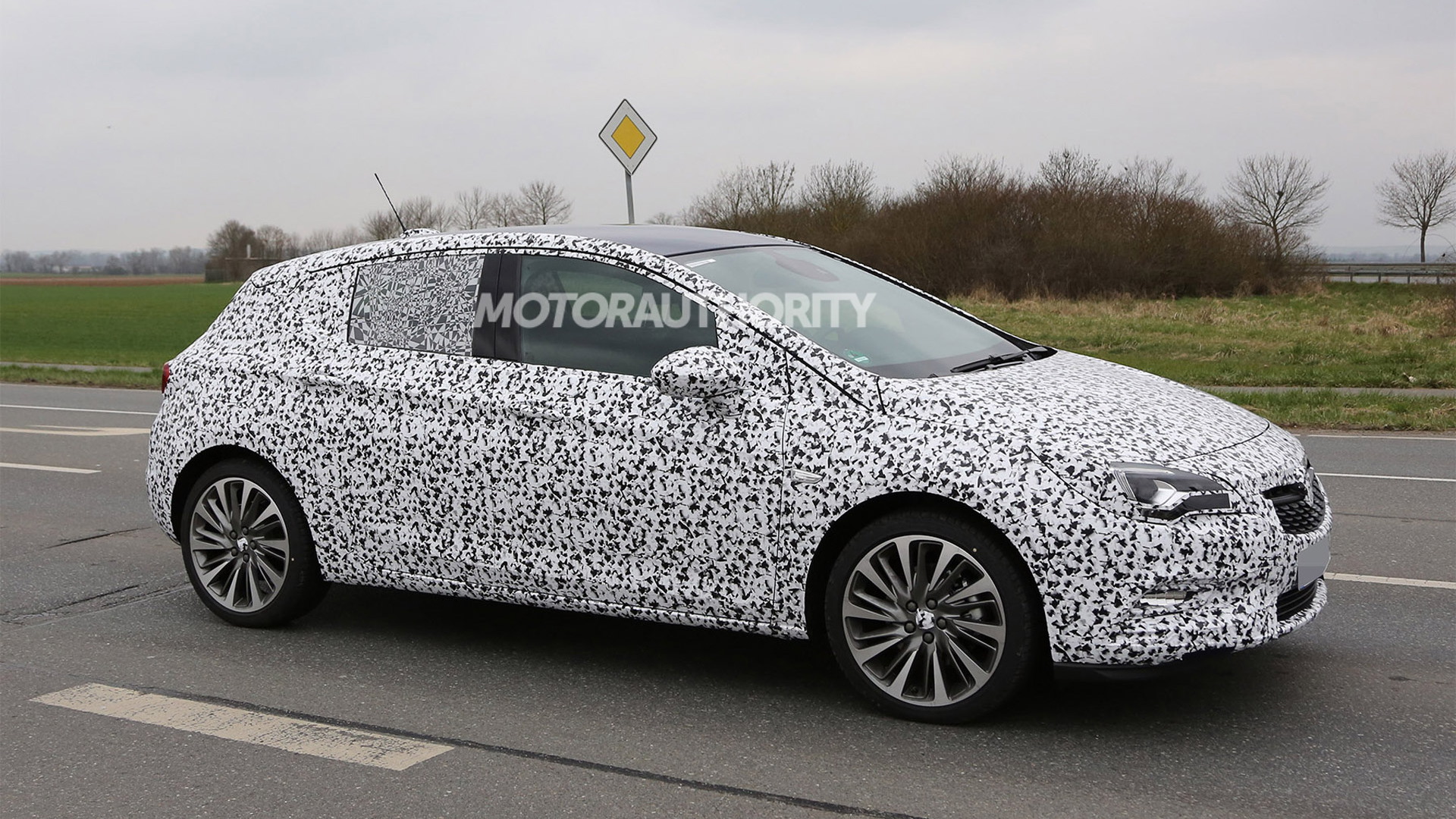 Opel’s new Astra, set for a debut at September’s 2015 Frankfurt Auto Show, will offer some technology that at present is only found on luxury models from the likes of Audi and Mercedes-Benz. The new technology is Matrix LED headlights, which allows you to drive at night with your high-beams left permanently on and not blind other drivers. Opel’s version of the technology is called the IntelliLux LED, and like rival versions it promises superior visibility at night without other road users being dazzled.

Consisting of 16 LED segments—eight on each side of the vehicle—the new Matrix LED system automatically and constantly adapts the length and distribution of the light beam to every traffic situation. It works in conjunction with a forward-facing camera that detects other road users, with this information then processed by a computer that can switch on and off individual LED segments as required.

In urban areas, the headlights automatically switch to low-beam mode, but as soon as the vehicle reaches a more sparse area the high-beam mode is automatically switched on—and it always remains on. There is also a specific light pattern that Opel’s engineers have developed for highway driving. With the extra visibility, the driver can see objects much sooner than normal and thus can react quicker if need be.

There are other benefits of the technology, too. Opel says Matrix LED headlights have a longer lifespan than conventional halogen or xenon lamps and may never need replacing. In addition, the LEDs are also much smaller than conventional lighting technology so the headlights can be designed more finely and delicately, and many of the complex control units of before are no longer needed. Eventually, the technology will be linked up with a camera facing the driver and will be able to track a driver's eye movements.

For more on the new Opel Astra, including additional spy shots of prototypes, read our previous report.