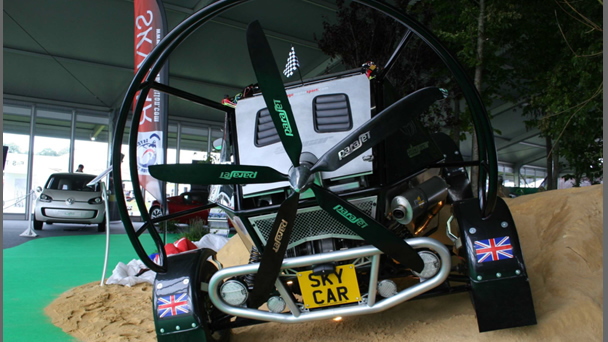 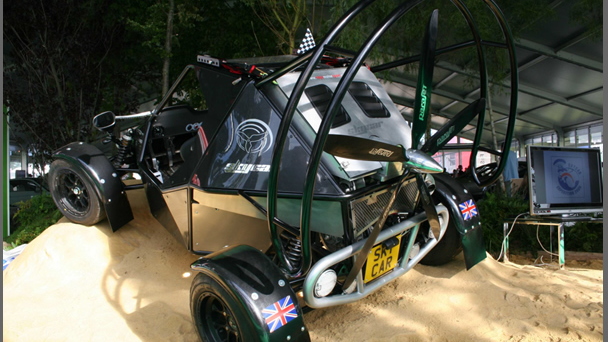 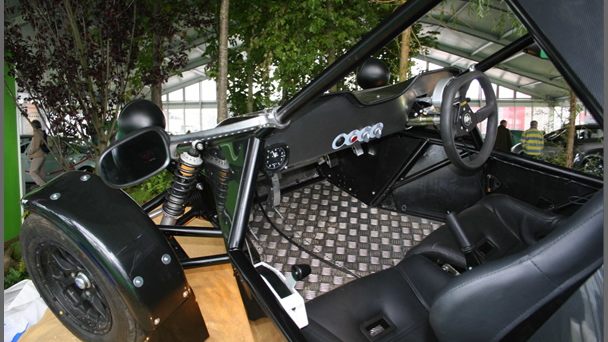 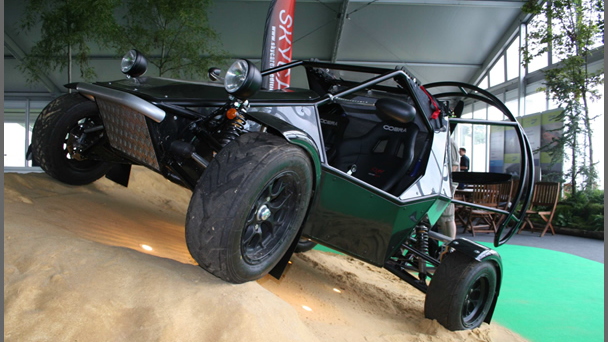 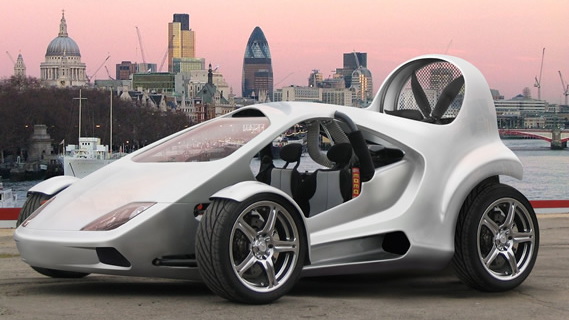 A U.K. company with a flying car prototype announced late last year that it would undertake an epic journey south from London across the Straits of Gibraltar and then the Sahara Desert to Timbuktu, in Mali. Today the journey got underway as the car drove off toward its final destination.

The planned route will involve driving primarily, since the car will serve as a car where there are suitable roads, but key portions of th trip will require the flying capability of the vehicle, especially areas of the Sahara desert and the Straits of Gibraltar, reports the AP. The expedition will serve as proof of the vehicle's real-world capability and robustness as the company works toward its final commercial offering. If it sounds like the stuff of science-fiction, it's because it is - but Parajet is pushing to turn it into science fact.

Parajet, the company behind the extreme outing and the flying car, called - unsurprisingly - the Skycar, has been working on this expedition for months leading up to today's launch. The Skycar prototype is said to be a fully functional vehicle - on-road, off-road and in-air. Using a parachute-like flexible wing and a large fan-like propeller at the rear of the car, the Skycar is claimed to be capable of air speeds of 68mph (110km/h) and a maximum altitude of up to 15,000ft (4,570m). Cruising altitude is between 2,000 and 3,000ft (610-910m) and the vehicle has a range of about 186mi (300km). Take-off speeds are low, at just 36mph (60km/h) and requiring only 660ft (200m) of airstrip.

On-road, the Skycar's claimed features are even more impressive, featuring four-wheel independent suspension, rear-wheel drive and 0-62mph (100km/h) acceleration in 4.5 seconds. With a top speed of 112mph (180km/h) on land and a range of up to 248mi (400km), the Skycar has all the statistics to constitute a truly useful vehicle.

There is, however, at least one interesting, and possibly crippling, omission - there are no doors. Not on the prototype, nor on the planned next-generation vehicle. Exposure to the weather at 10,000ft aside, using the vehicle as for the daily commute is right out as well, thanks to the near-complete lack of rain protection. "It's not an all-weather machine," said the Skycar's inventor Giles Cardozo. "You don't want to be flying in the rain, in the wind, too much. It's more of a fun toy than the ultimate means of transport."

Nevertheless, Parajet has high hopes for the Skycar, billing it as the first road-legal, high-performance bio-fueled flying car. And the design definitely has some strong advantages over more conventional fixed-wing vehicles. The flexible wing is also inherently easier to control for the less trained, since it doesn't allow pitch control, and can't be made to stall or dive. In the event that the flexible wing fails for any reason, the car is equipped with an emergency reserve parachute to guide it safely to the ground.

Being able to stow the flexible wing when not airborne makes the car essentially just a car, or buggy, except for the propeller. It is also considerably lighter and more compact a solution than any collapsible or folding fixed-wing alternative - not to mention far cheaper and less complex.

The Parajet Skycar shouldn't be confused with the Moller vehicle of the same name. While Paul Moller has been struggling to get his flying vehicle company off the ground for decades, the folks at Parajet claim to have already done so, and are now tackling the monumental task of the London-Timbuktu flight.

The current-generation tube-framed prototype will be used for the journey, but the company already has a design in the works for the next-generation vehicle, featuring a much more streamlined design. Designed with more of an eye toward road-going, the so-called 'road-sport' model is intended to be available in 2010.

Exact plans for volume production are not yet forthcoming, though a successful completion of the expedition will likely help the company secure the funding and support it would need to come to market. Until then, however, it remains yet another hopeful attempt to achieve a very difficult goal.