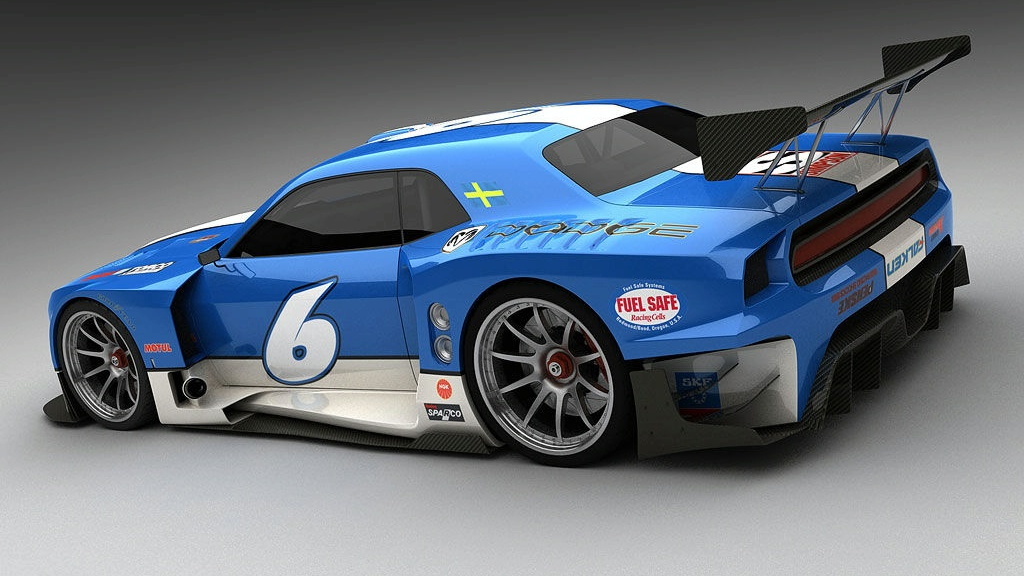 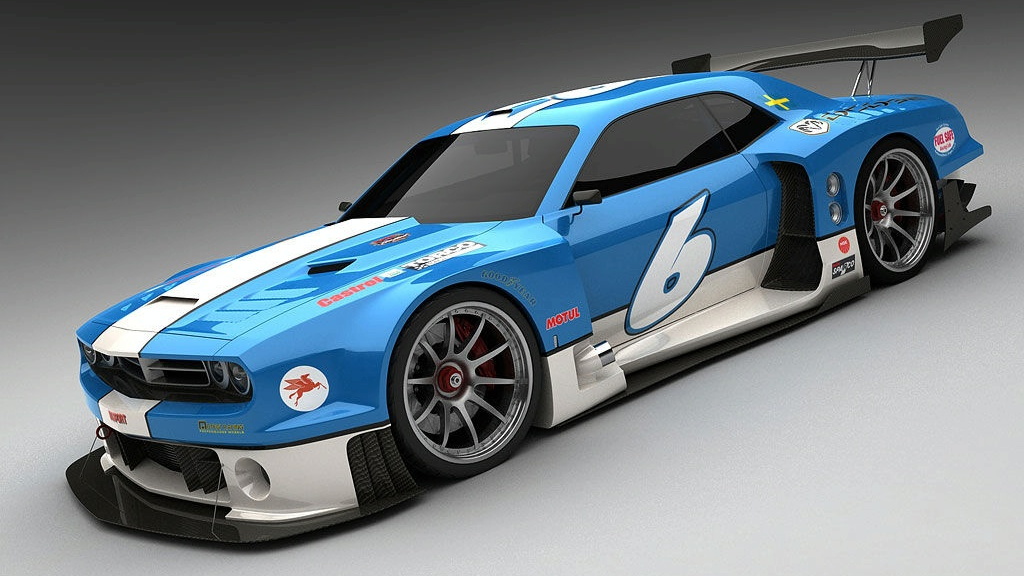 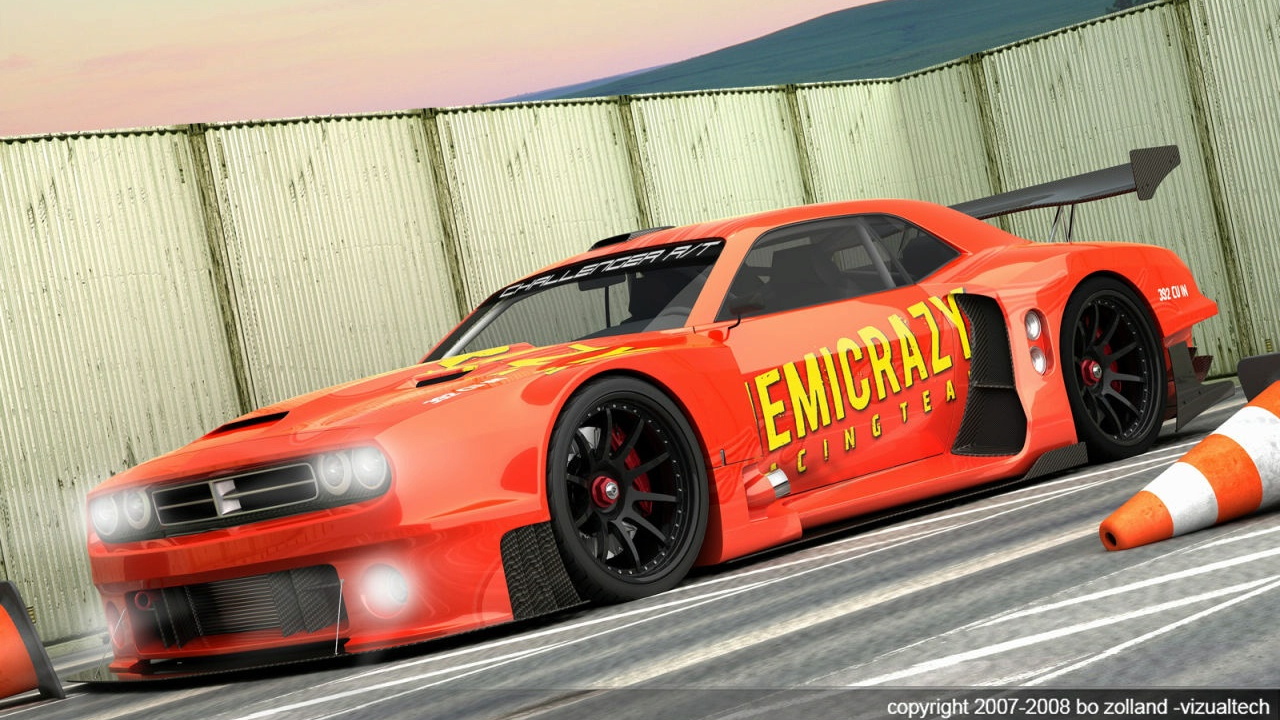 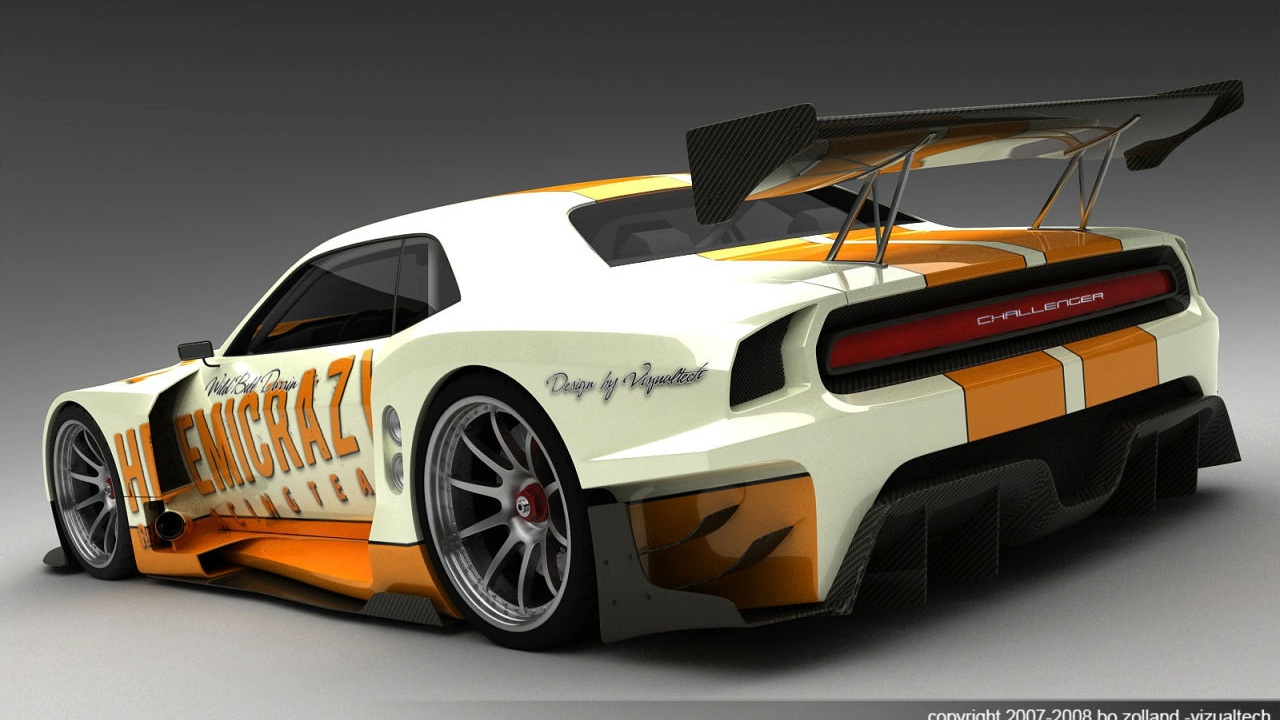 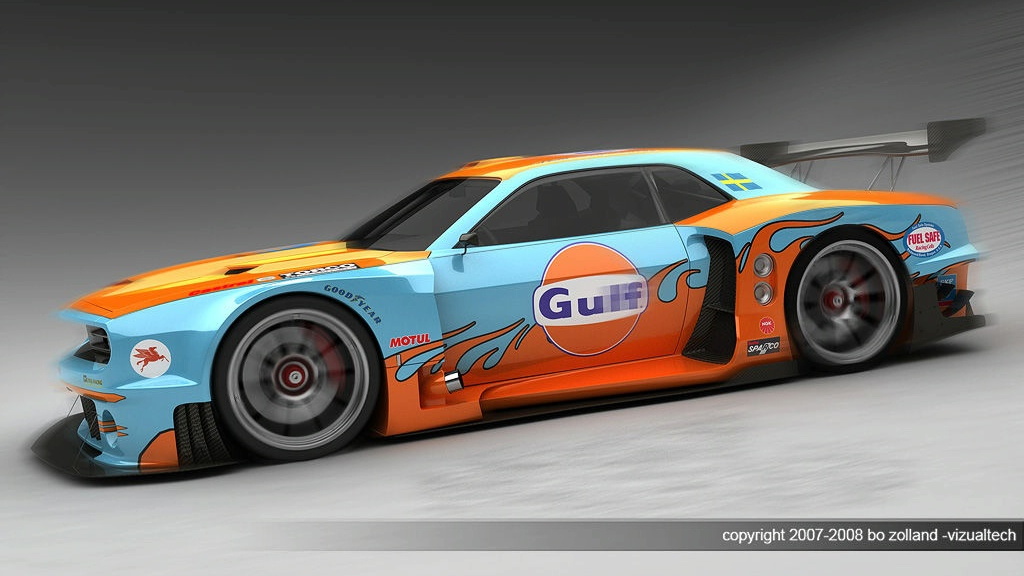 6
photos
Vizualtech, a Swedish design firm that specializes in constructing virtual 3D models of cars and boats, has just released this set of nine images on its blog, depicting a Dodge Challenger decked out in GT racing livery and aerodynamic modifications.

Side-mounted exhaust pipes, a chunky rear diffuser and a huge rear spoiler all give the Dodge Challenger an even bolder, more aggressive look. Large slats in the rear-wheel arches should help to cool the brakes down, while the front spoiler should improve downforce and give the Challenger much improved handling.

While Vizualtech is only a design firm, and not a manufacturer, the renderings hint at the possibilities that lay ahead for the Dodge Challenger. Seeing a Dodge Challenger competing head-to-head against other American muscle cars such as the Chevrolet Corvette in European GT racing is something that would promise to be entertaining and hopefully some enterprising racing teams are inspired by the renderings to make Vizualtech's vision come true.

Dodge already has some experience in FIA GT3 European racing, and the company was chosen to be the supplier of official cars for the 2006 event.