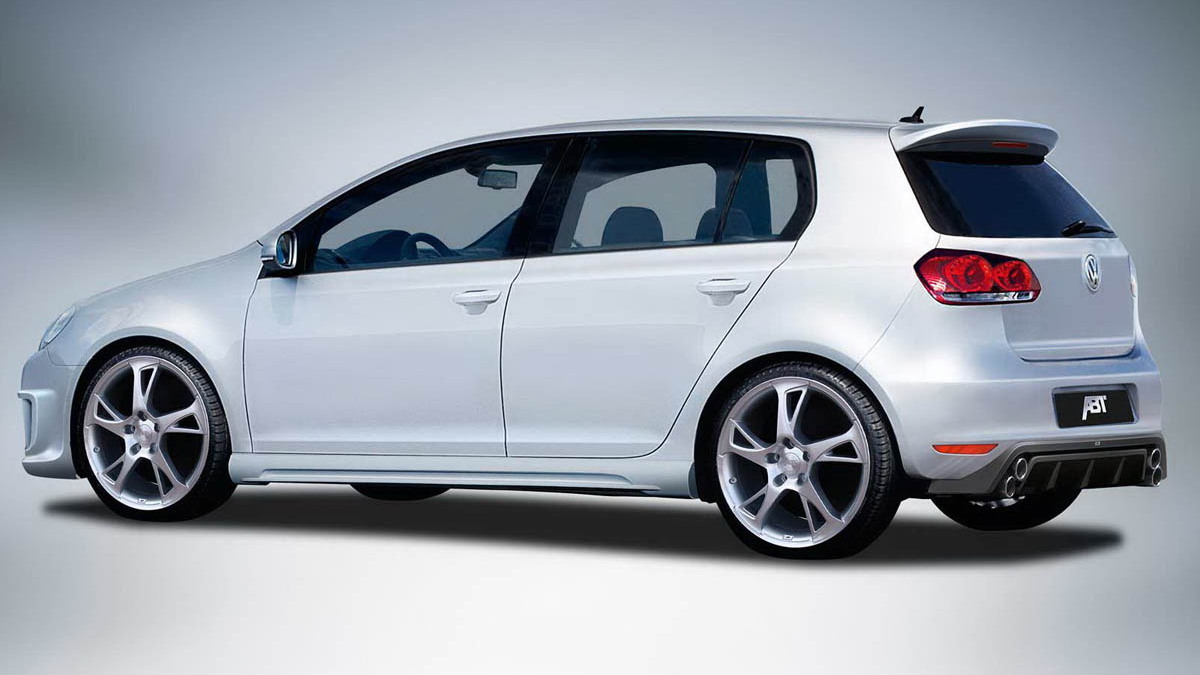 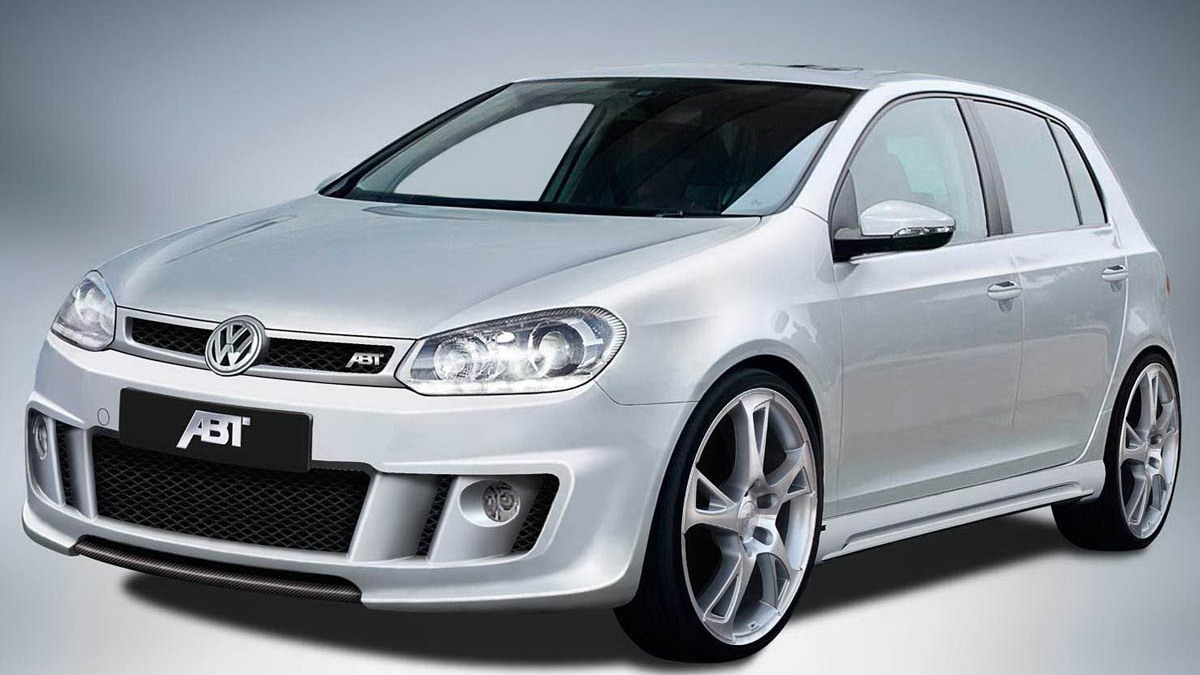 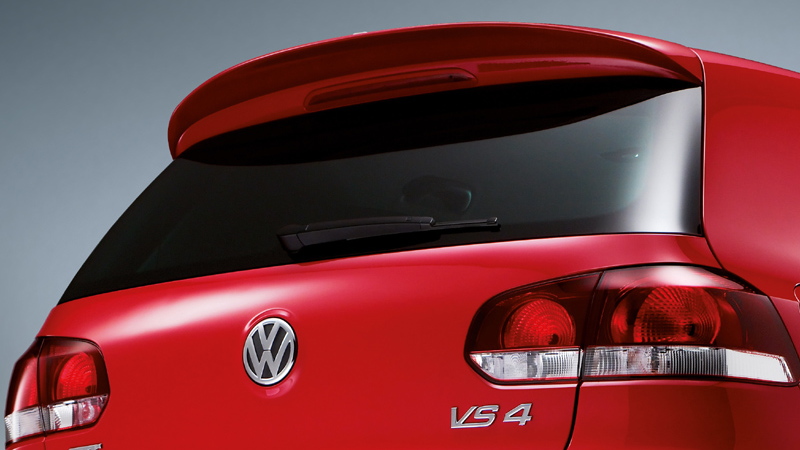 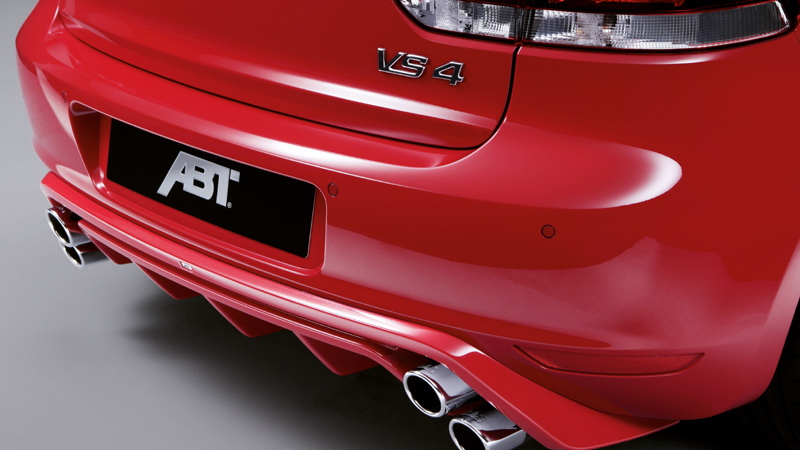 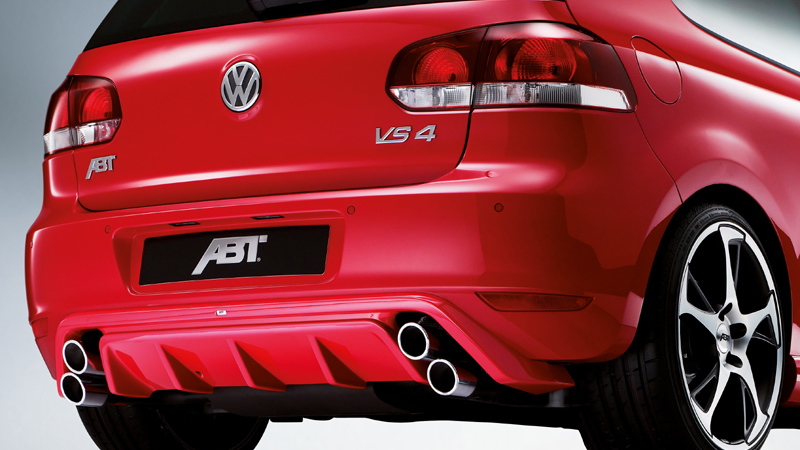 12
photos
After first previewing its modified Mark VI Golf at last year’s Essen Motor Show, Germany's equivalent to SEMA, Volkswagen tuning specialist ABT Sportsline has unveiled the final production specifications for its range of enhancements for the popular hatch. A mild package by ABT's standards, the new range nevertheless gains about 30% in power for most engine applications and also gets an upgraded appearance.

Boosting output of the 1.4L TSI petrol engine from 122hp (91kW) to 160hp (119kW) in base form and from 160hp to 200hp (149kW) in up-spec guise, the ABT kit adds considerably to the Golf's sportiness without pushing it into the realm of the inefficient or undriveable. ABT also tweaks the TDI diesel engine for those that prefer oil-burners, which is most of Europe, raising power from 140hp (104kW) to 170hp (126kW).

The exterior of the ABT mark VI Golf gets a custom front air dam, front grille, side sills, roof spoiler and rear diffuser/apron, plus a quad-tipped exhaust. Handling improvements include a new set of custom brakes, a sport-tuned suspension and 18 or 19in alloy wheels.

ABT also let slip a tidbit about the company's upcoming tuned Golf GTI mark VI, which will produce 240hp (180kW), a rise of 30hp (22kW) over the stock version.