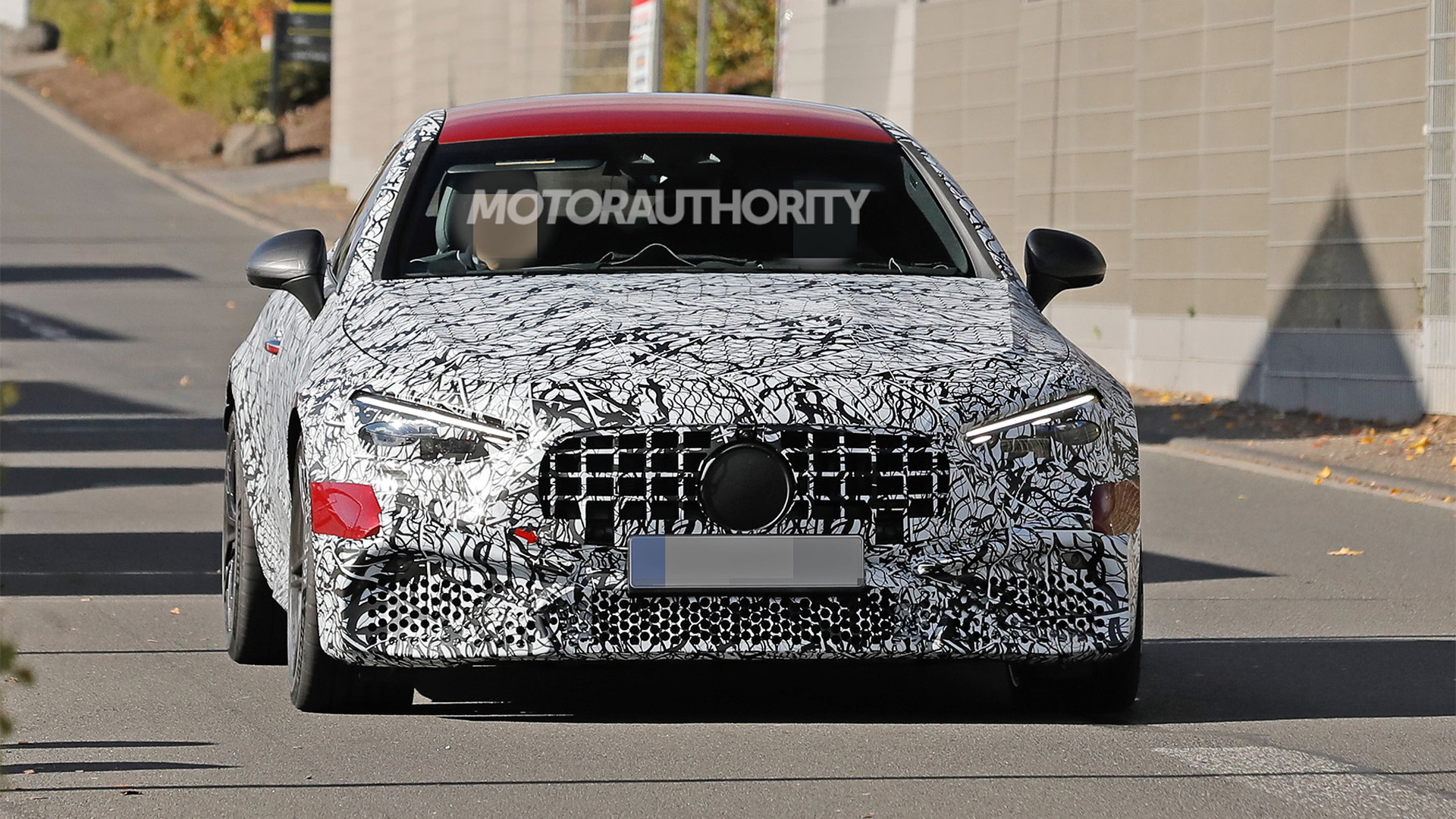 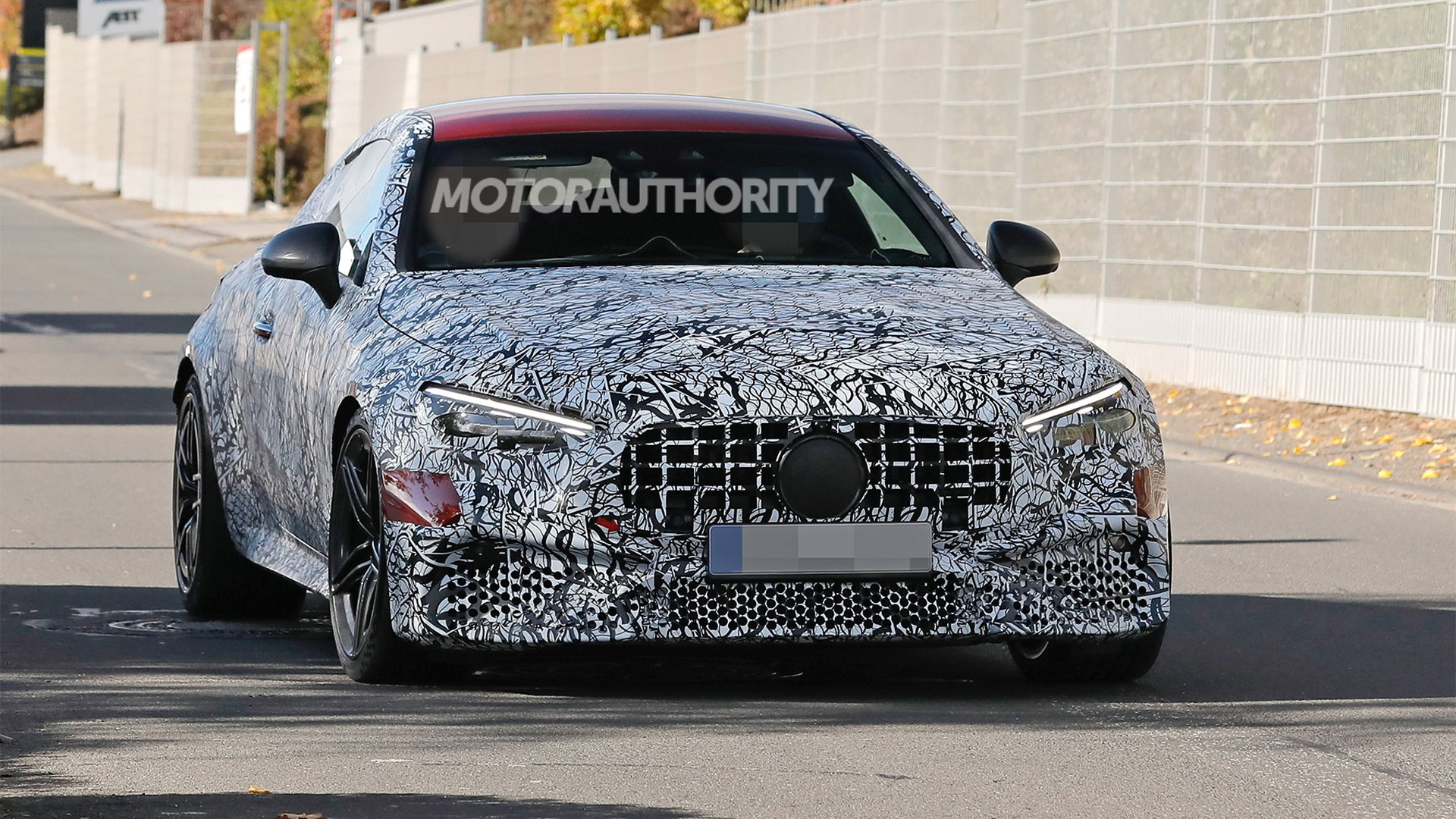 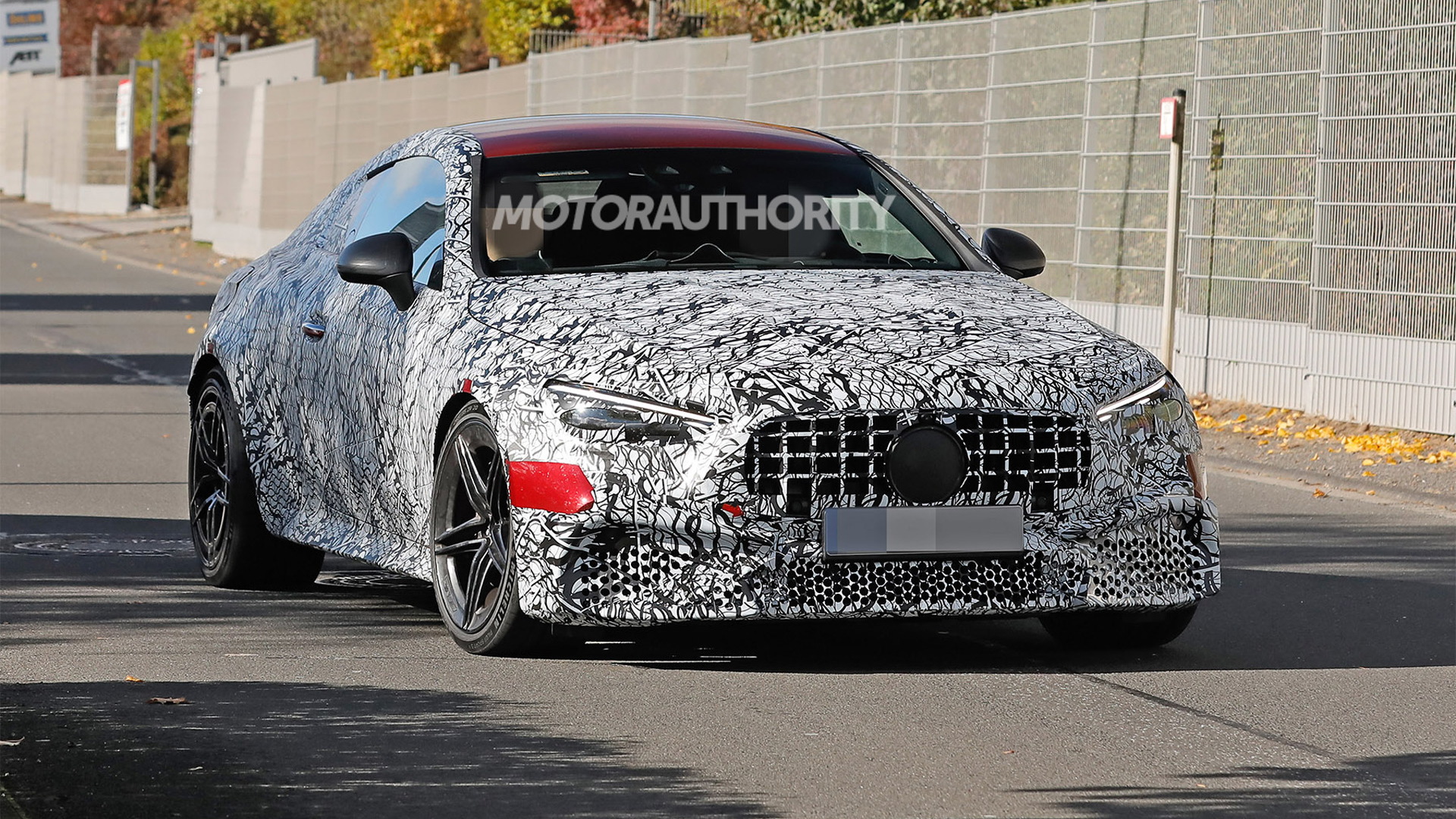 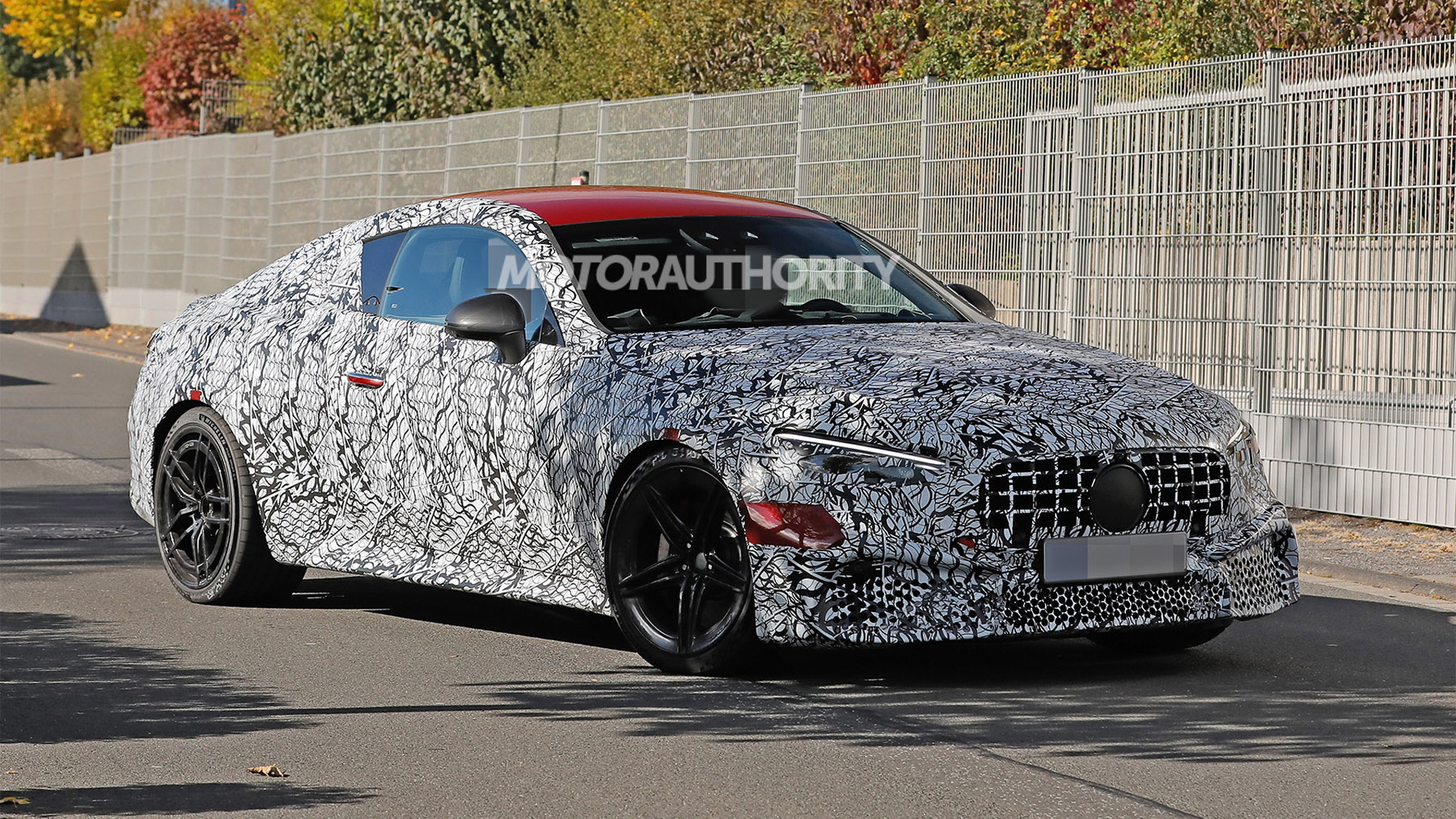 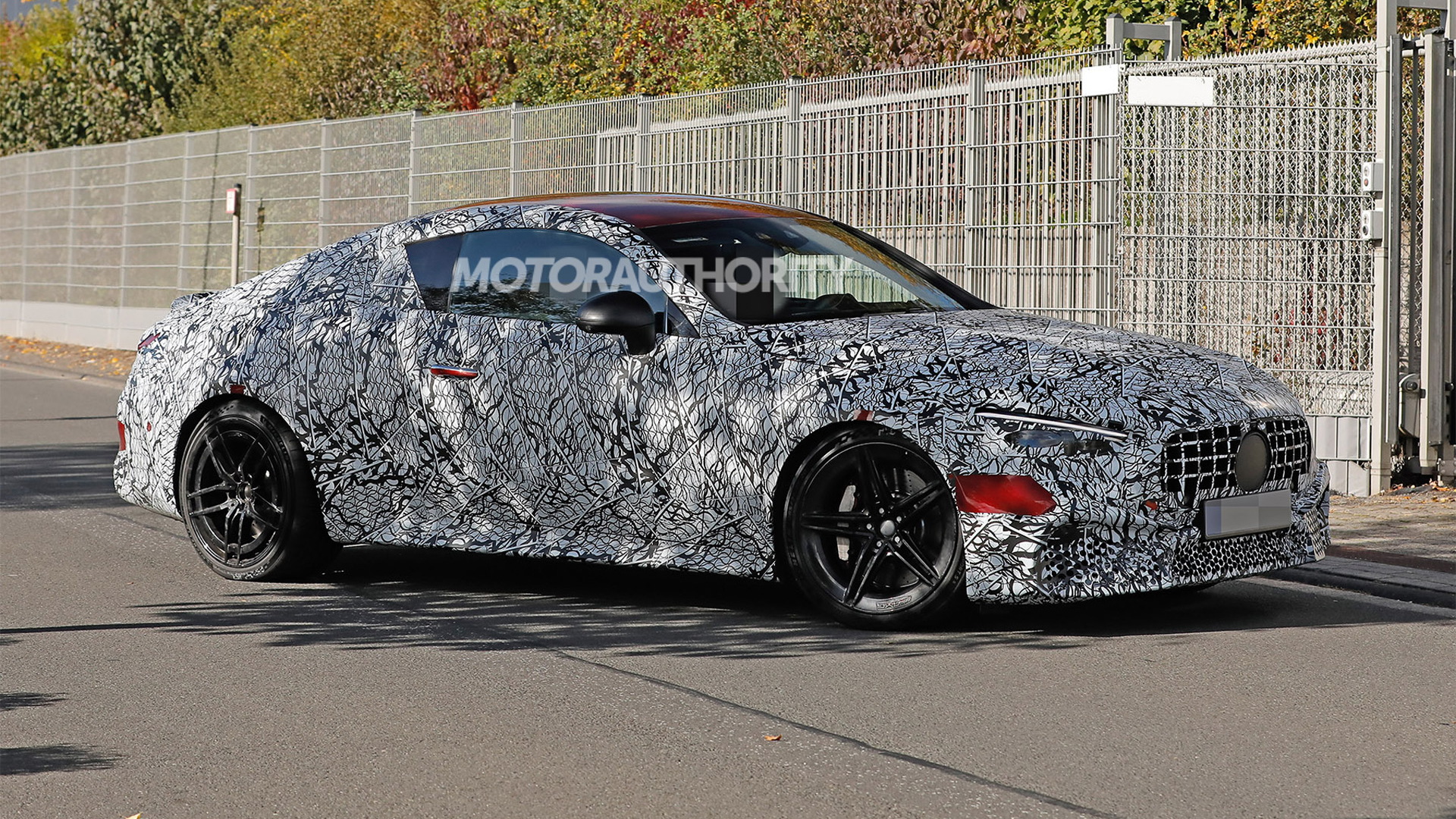 Sedan sales may be on the decline but the situation is even worse when it comes to coupes and convertibles. As a result most automakers have either scaled back the number of two-door cars they offer or dropped the body styles altogether.

Mercedes-Benz has had one of the most diverse lineups of coupes and convertibles in recent years but it too is in the process of streamlining its sporty offerings. We've already seen the SLK-Class, S-Class Coupe, S-Class Cabriolet, and AMG GT Roadster all dropped.

Next we expect the coupe and convertible versions of the C-Class and E-Class to be phased out and replaced with a single model dubbed the CLE-Class. We've already spotted prototypes for this potential CLE-Class, in coupe and convertible forms, as well as a prototype for what's likely to be a CLE 53 Cabriolet from Mercedes-Benz AMG. Now we have spy shots of what looks to be a CLE 63 from AMG.

Elements that point to this particular prototype being a range-topping AMG include the large wheel and brake combo, large air openings up front, and square-shaped exhaust tips. The prototype for the CLE 53 featured round tips.

Under the hood should be the same turbo-4-based plug-in hybrid powertrain that features in the recently revealed 2024 C 63 S E Performance sedan.

The 2.0-liter turbo-4 is an upgraded version of the engine found in AMG's current crop of compact cars. Thanks to the addition of an electric turbocharger, output from the engine is boosted to 469 hp. The engine is then mated with an electric motor in mild-hybrid configuration to draw power for ancillary features, as well as serve as a starter motor.

On top of all this, there's a much more powerful motor (up to 201 hp) at the rear axle to take combined output to a maximum 671 hp. This rear motor is mated to its own 2-speed transmission. A 6.1-kwh battery ensures a small electric range is possible. A similar setup, albeit with a V-8 engine, features in the 2023 GT 63 S E Performance 4-Door Coupe.

In the case of the C 63 S E Performance, you're looking at 0-60 mph acceleration in 3.3 seconds. The top speed is a governed 174 mph. Expect similar performance for the CLE with this powertrain.

The regular CLE-Class is expected to debut late this year or early next. The AMG versions should trail the regular model by about six months to a year.