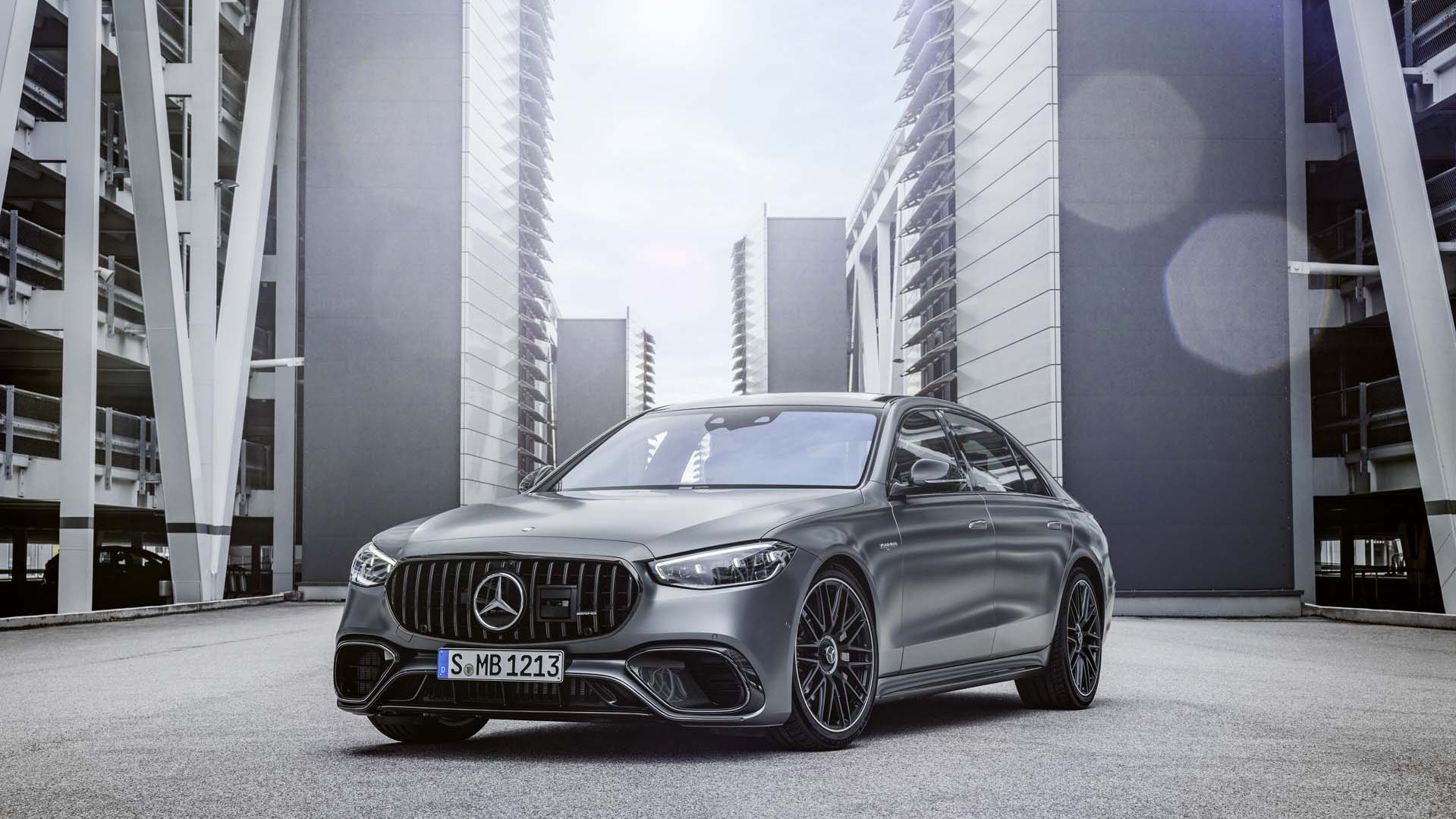 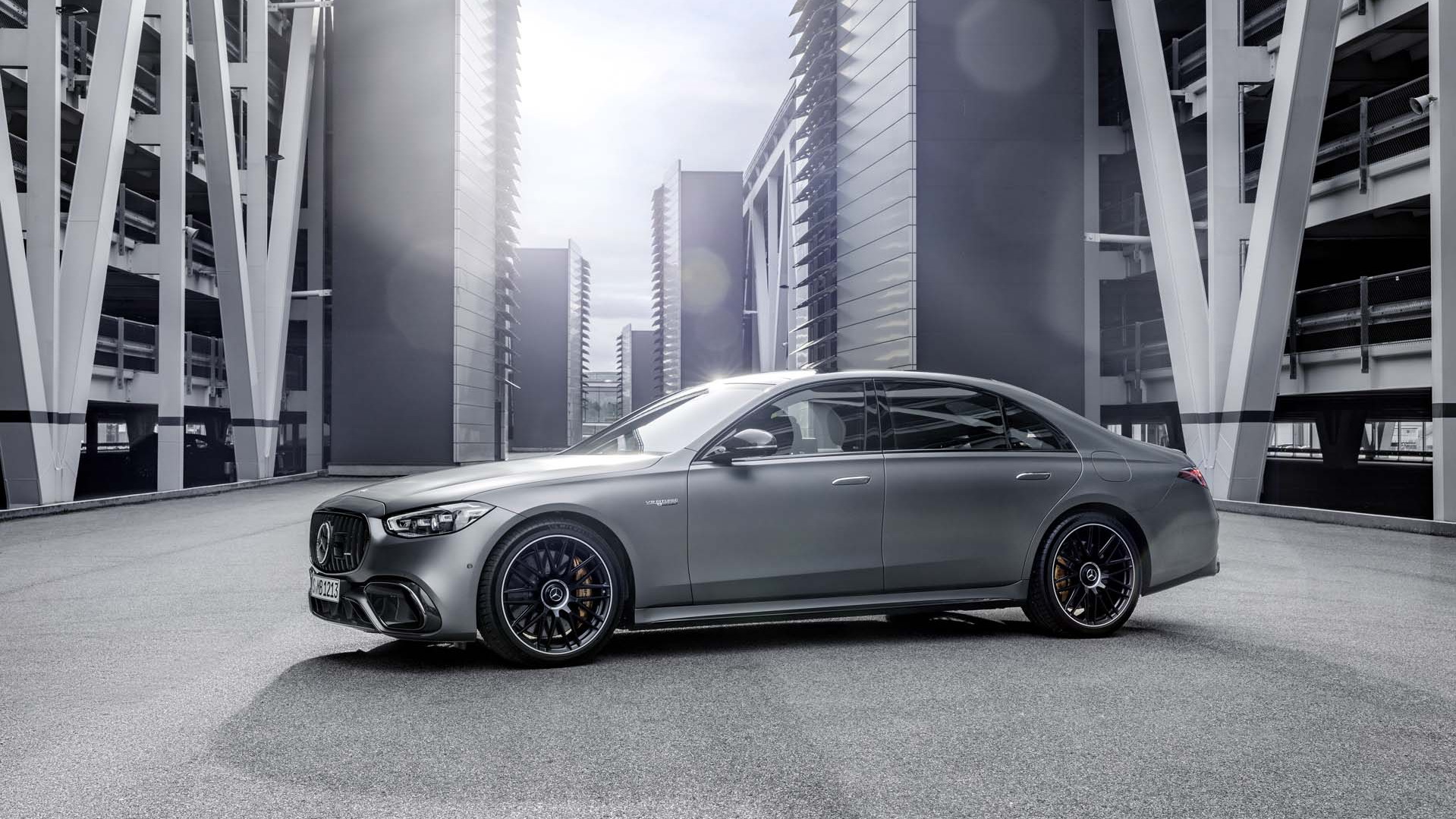 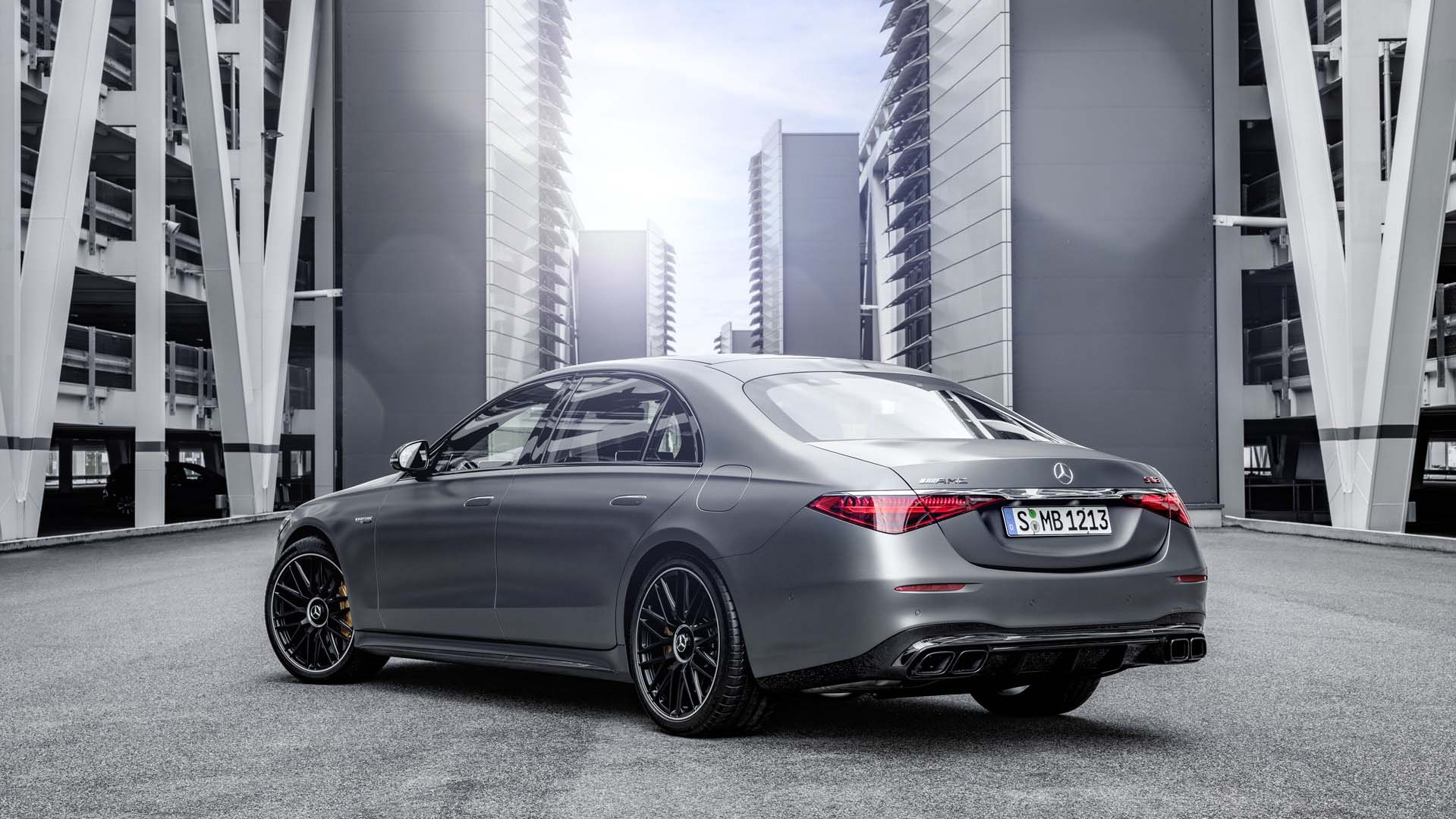 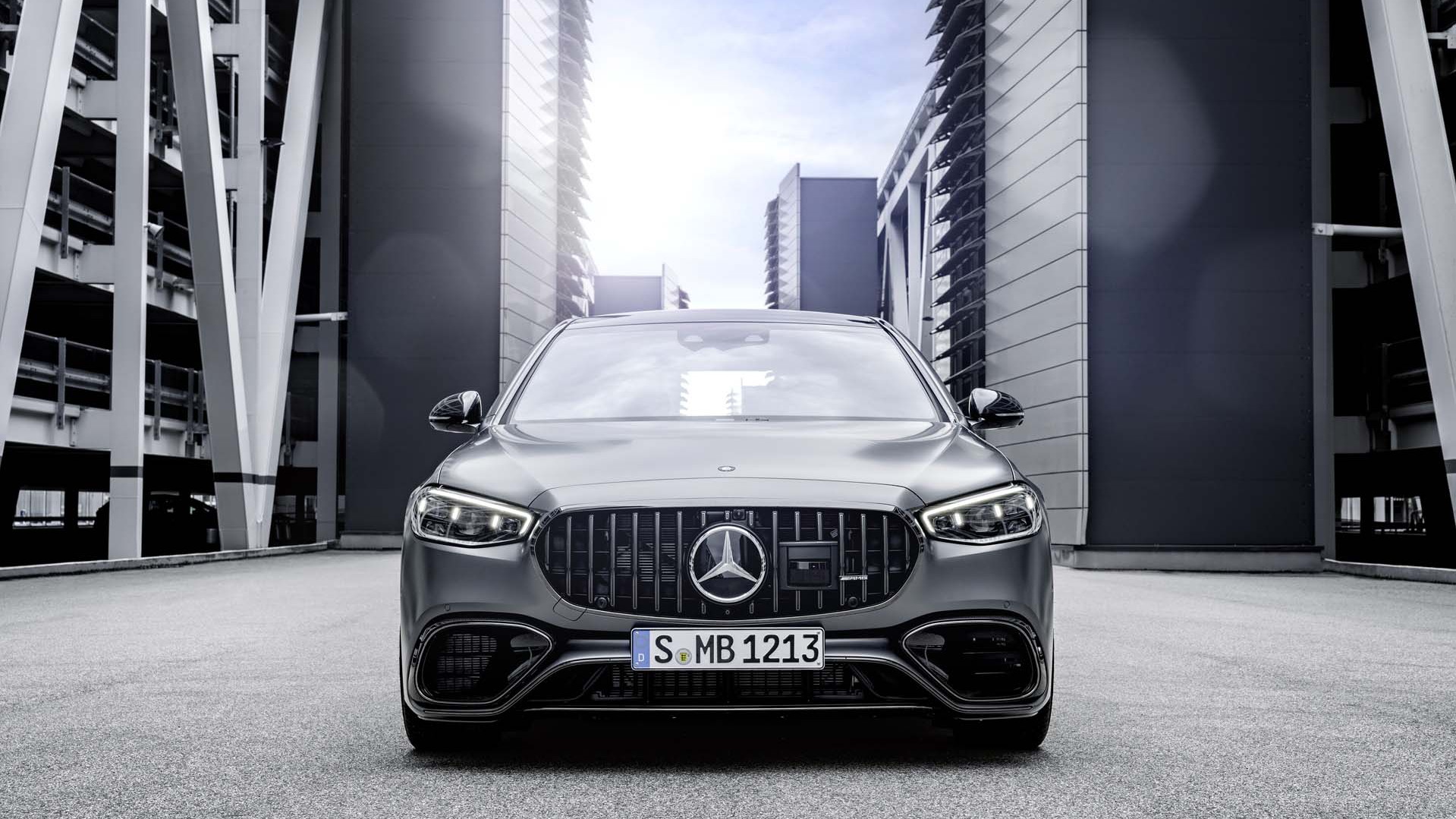 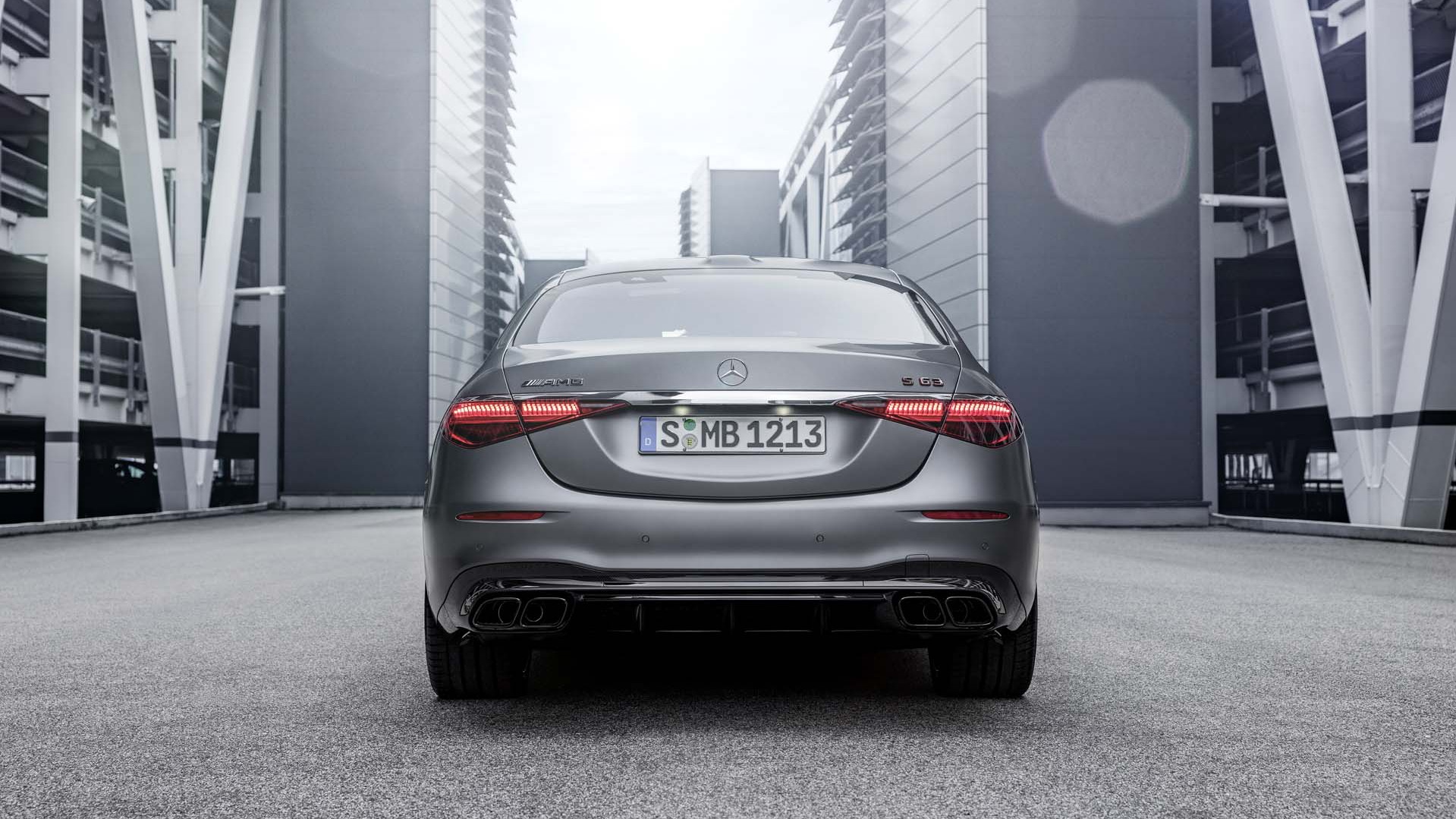 Mercedes-Benz AMG late on Monday revealed the newest generation of its S 63 super sedan for the 2023 model year.

This time around the car's full title is S 63 E Performance, with the new appendage indicating the car features electrified performance, specifically a plug-in hybrid setup.

Instead of the standalone V-8 of the previous S 63, there's now a V-8 up front and an electric motor at the rear axle for a combined 791 hp and 1,055 lb-ft of torque. The V-8 is AMG's familiar twin-turbo 4.0-liter unit paired with a 9-speed automatic transmission and all-wheel drive. The V-8 features active mounts, which is a first for the S 63, and it also has a mild-hybrid setup with a belt-driven motor-generator replacing the traditional starter motor.

The rear-mounted electric motor delivers a maximum 188 hp (for 10-second bursts) and can drive the car on its own for short distances. This more powerful motor has its own 2-speed transmission and an electronically controlled limited-slip differential. By giving the engine and electric motor their own transmissions, more torque can be delivered to the wheels, according to AMG.

The rear motor is powered by a 13.1-kwh battery that's also mounted at the rear for improved weight distribution. An estimate for electric range hasn't been given, though AMG said the battery has been designed more for delivering high power as opposed to long range. The battery uses technology inspired by Formula 1 that allows it to charge and discharge high power in rapid succession while remaining low in weight. Key to this is a sophisticated liquid cooling system that keeps the battery's operating temperature at an ideal 113 degrees Fahrenheit.

Performance estimates for the S 63 E Performance include 0-60 mph acceleration in 3.2 seconds and a top speed of 180 mph.

A more potent version of this plug-in hybrid powertrain features in AMG's GT 63 S E Performance, which hits the benchmark in about 2.9 seconds.

Beyond the all-wheel-drive system and limited-slip differential of the rear axle, which helps improve stability during hard cornering by directing the torque where it is needed, the S 63 E Performance's handling is also aided by an air suspension, adaptive dampers, active roll stabilization, and rear-wheel steering. The car also rides on 21-inch wheels, within which are housed massive brake rotors measuring over 15 inches at all four corners. Steel rotors are standard but composite rotors are available.

The S 63 E Performance follows a familiar styling pattern, though an AMG-specific grille is featured in another first for an AMG-tuned S-Class. Inside, there's the usual high quality of the S-Class cabin coupled with AMG-specific features. These features include exclusive colors, various nappa leather options, AMG logos, and AMG-specific graphics and menus in the digital instrument cluster and infotainment system. AMG also fits its own steering wheel with controls for the AMG Drive Unit drive modes selector.

The S 63 E Performance is expected to reach the U.S. next year. Final specifications and pricing information will be announced closer to the market launch.