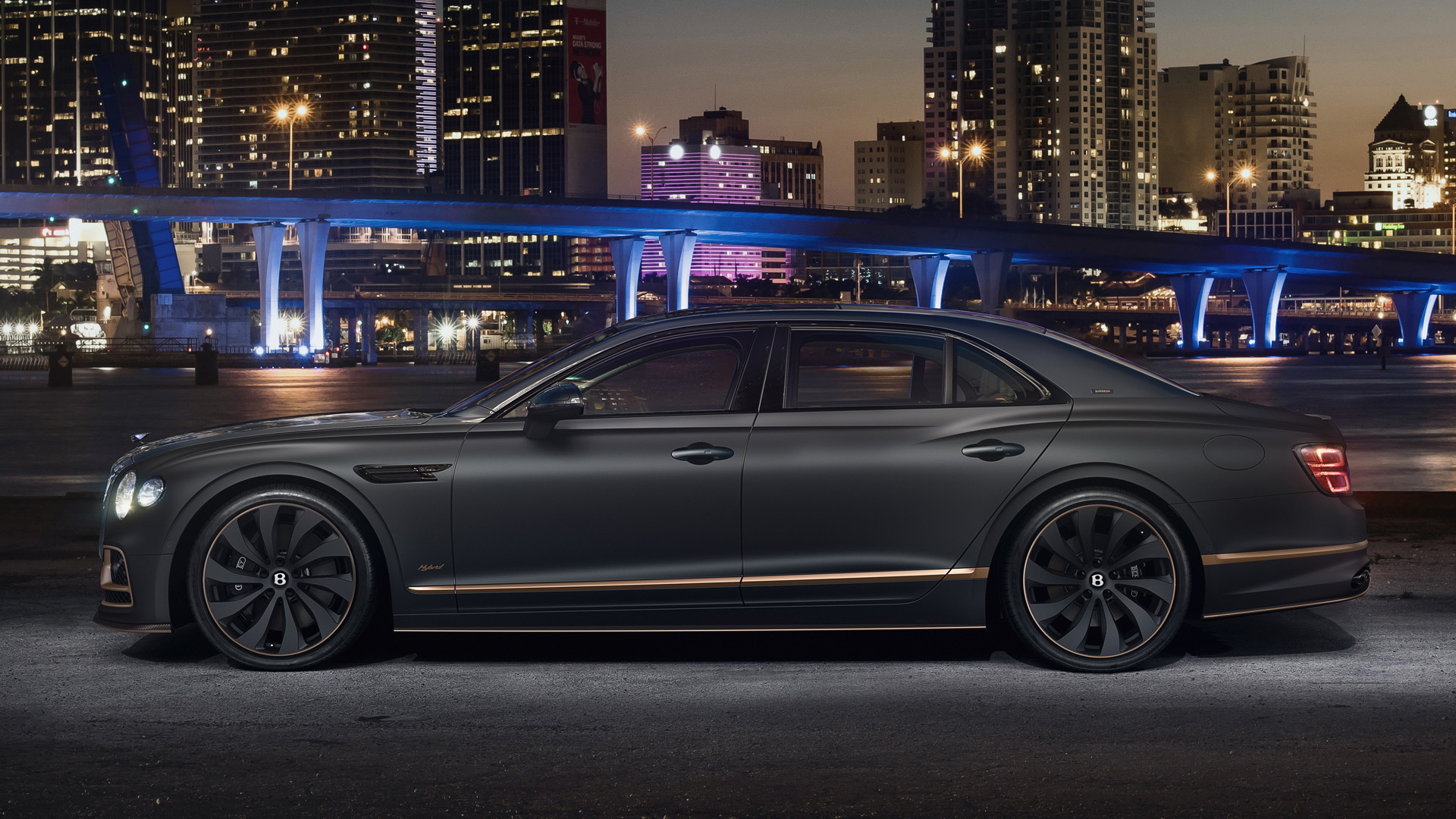 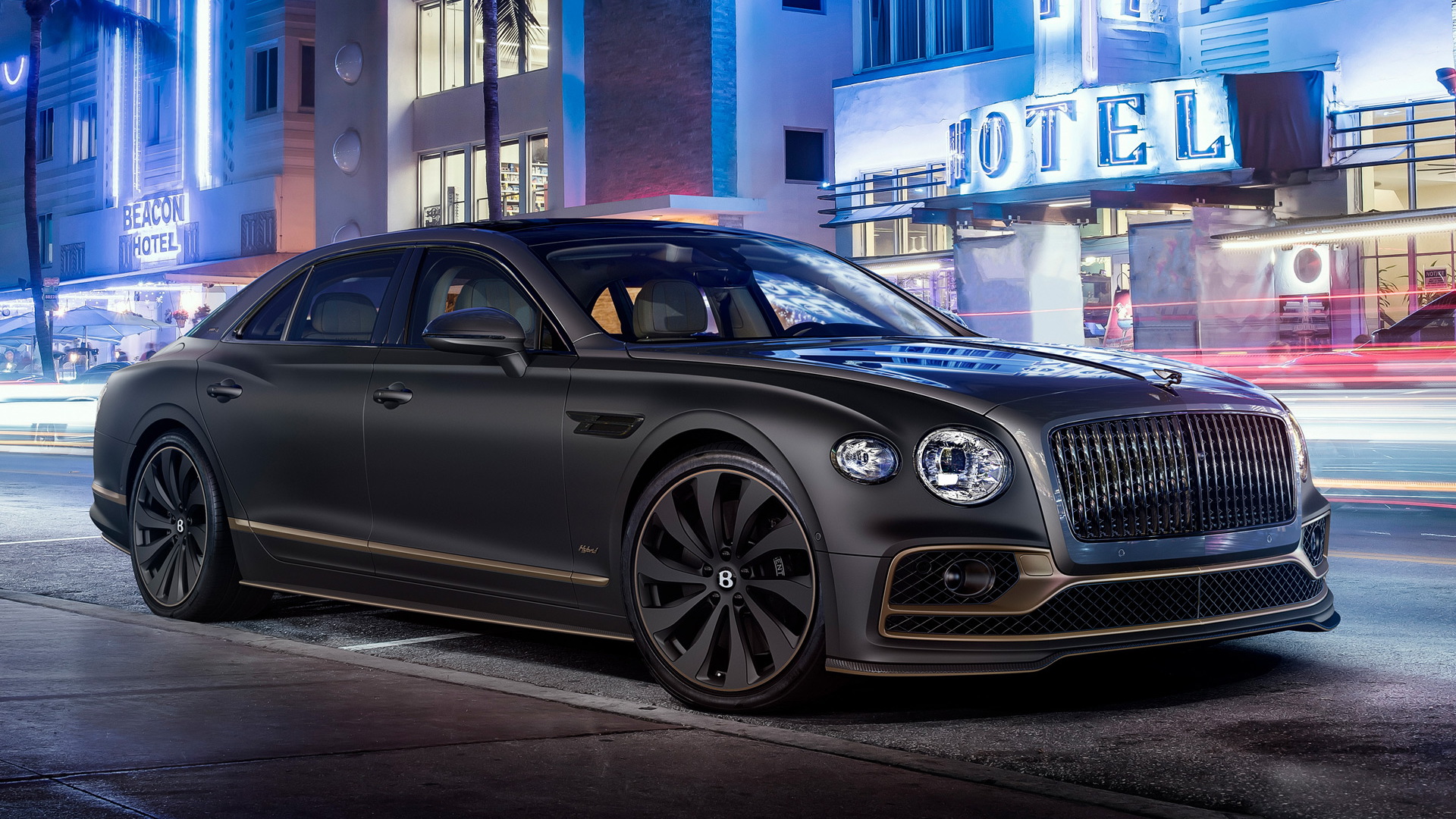 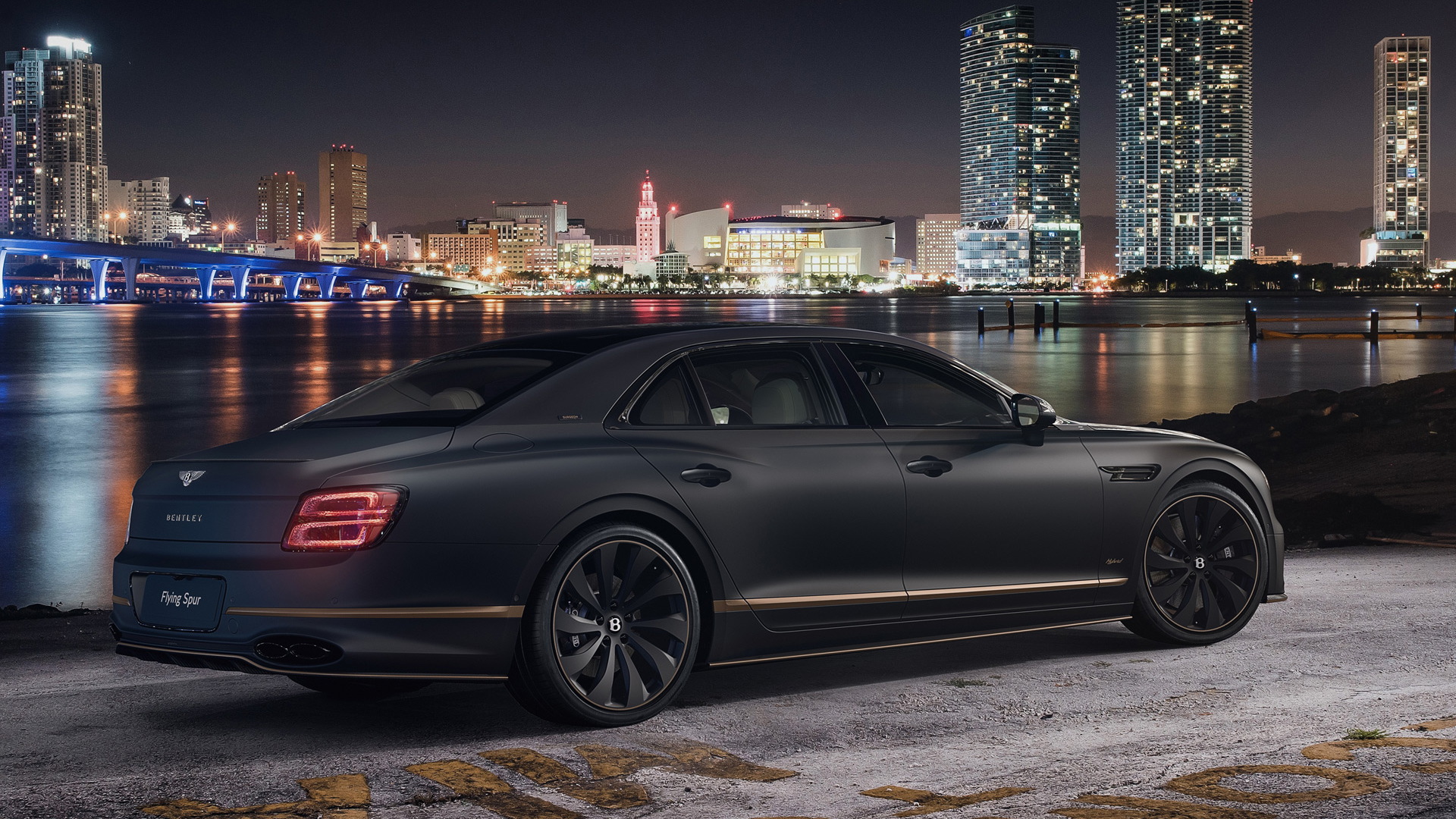 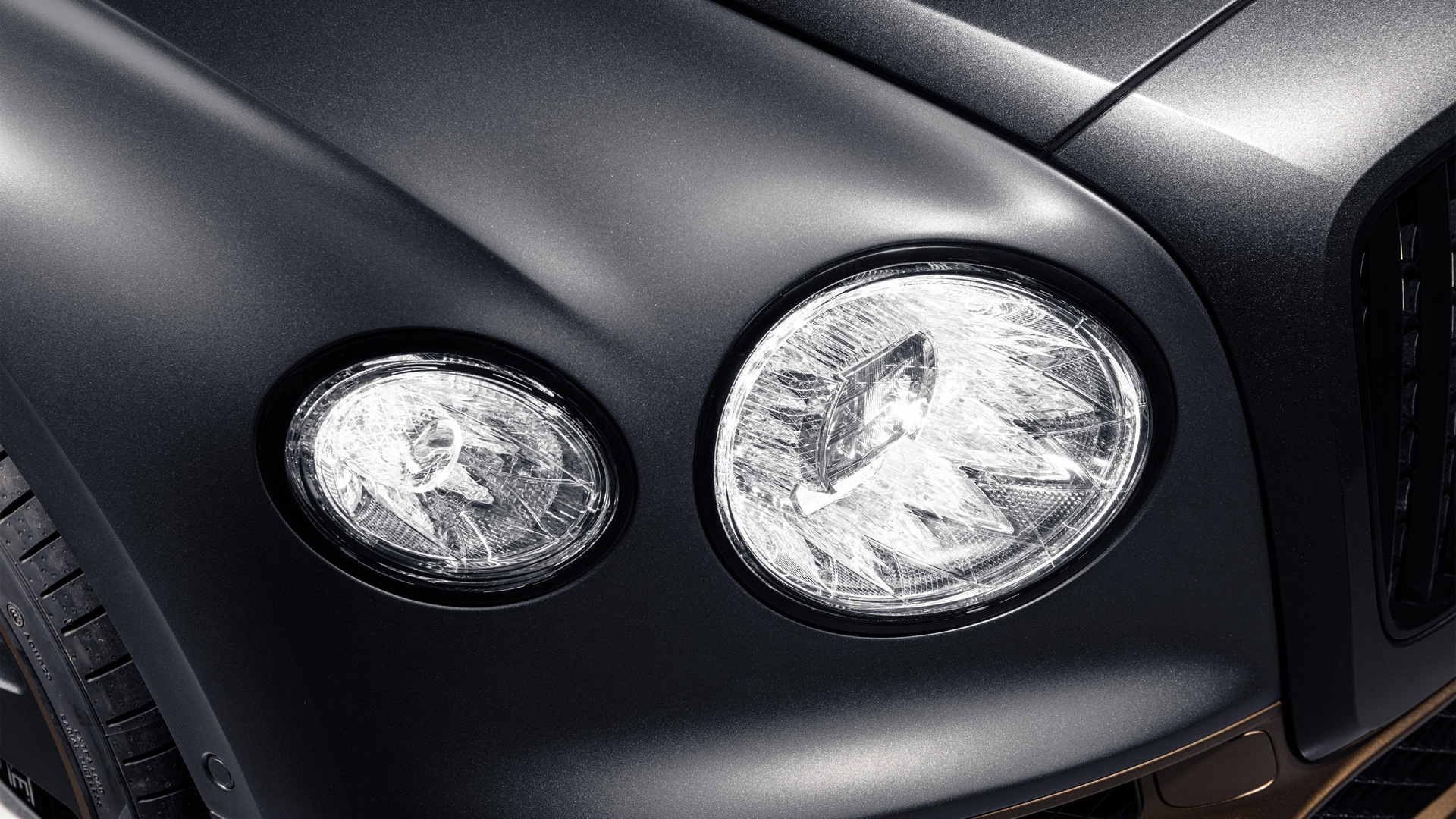 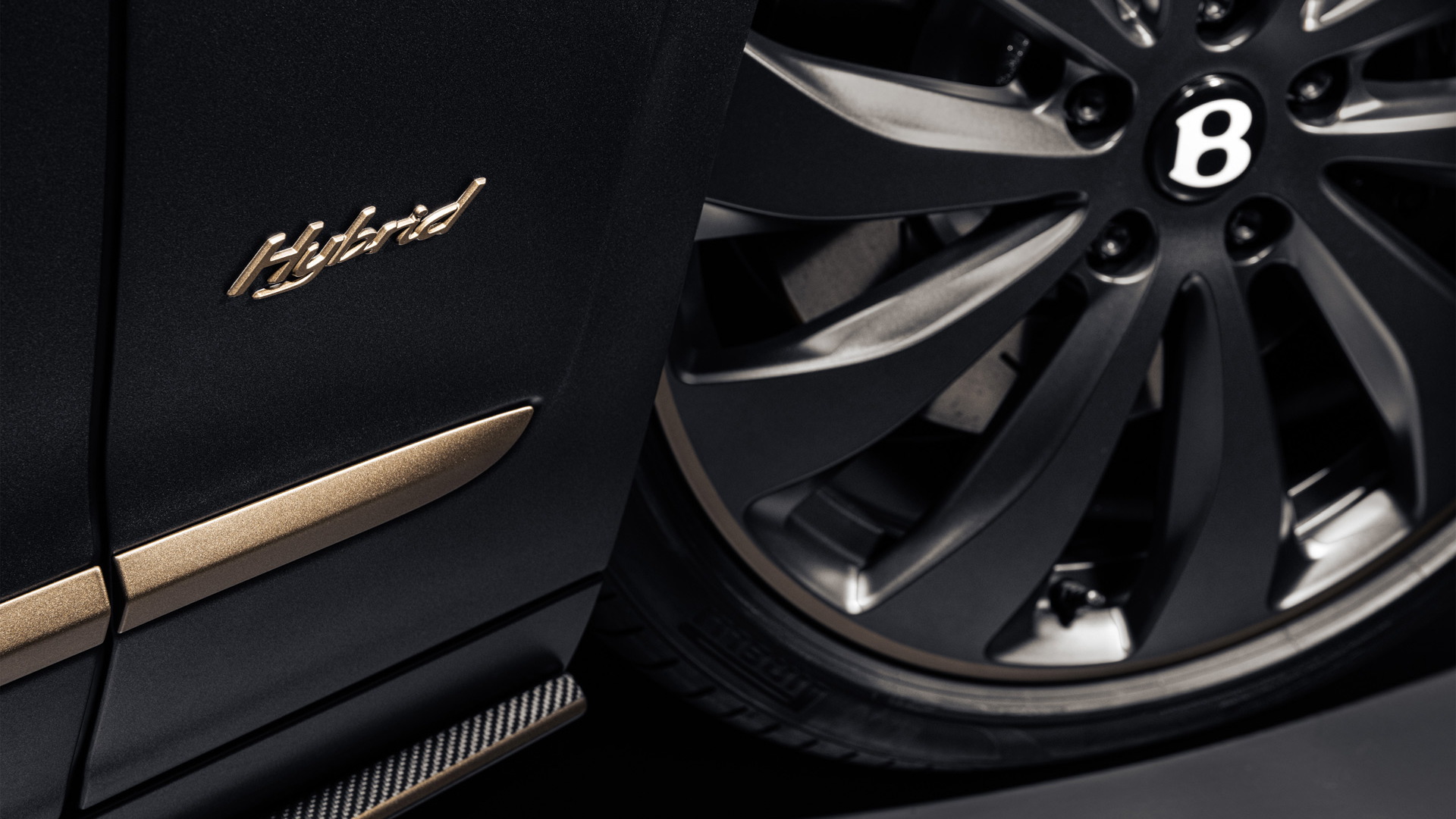 Bentleys and sneakers don't normally go together, but they do when we're talking about the one-off 2022 Flying Spur Hybrid developed by Bentley in collaboration with Dominic Ciambrone, or better known to fans as The Surgeon.

Ciambrone is a custom shoe designer who launched a line of Bentley-inspired sneakers, and he was recently picked by Bentley to add his creative flair in the Flying Spur Hybrid. 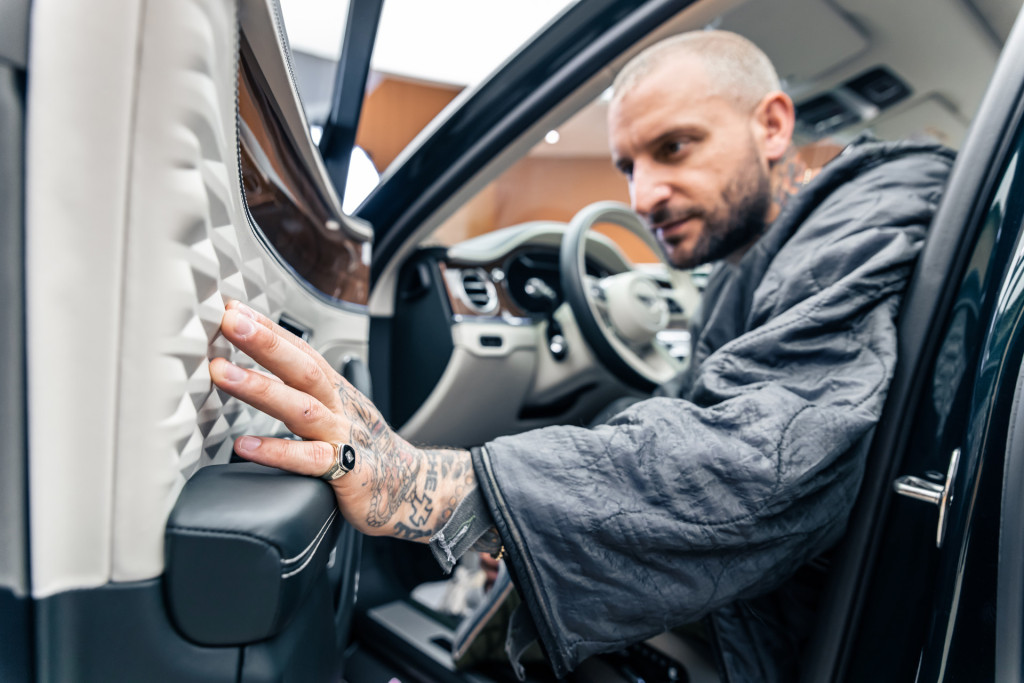 Dominic Ciambrone (a.k.a The Surgeon)

The resulting car, known as the Flying Spur Hybrid x The Surgeon, features an anthracite exterior with bronze accents. The car also sports a Mulliner Blackline package that adds a black finish to all of the usual chrome accents, while carbon fiber was used for the aerodynamic aids such as a subtle trunk lid spoiler.

The interior is dressed with Bentley options such as wood veneers on the dash, 3D diamond-patterned leather, and Bentley's new 3D diamond-patterned wood paneling for the rear door trim. Bronze accents similar to those found outside have also made their way into the cabin, while there's no missing the “SURGEON” script found in a number of locations. These are joined by Ciambrone's skull and scalpels logo. 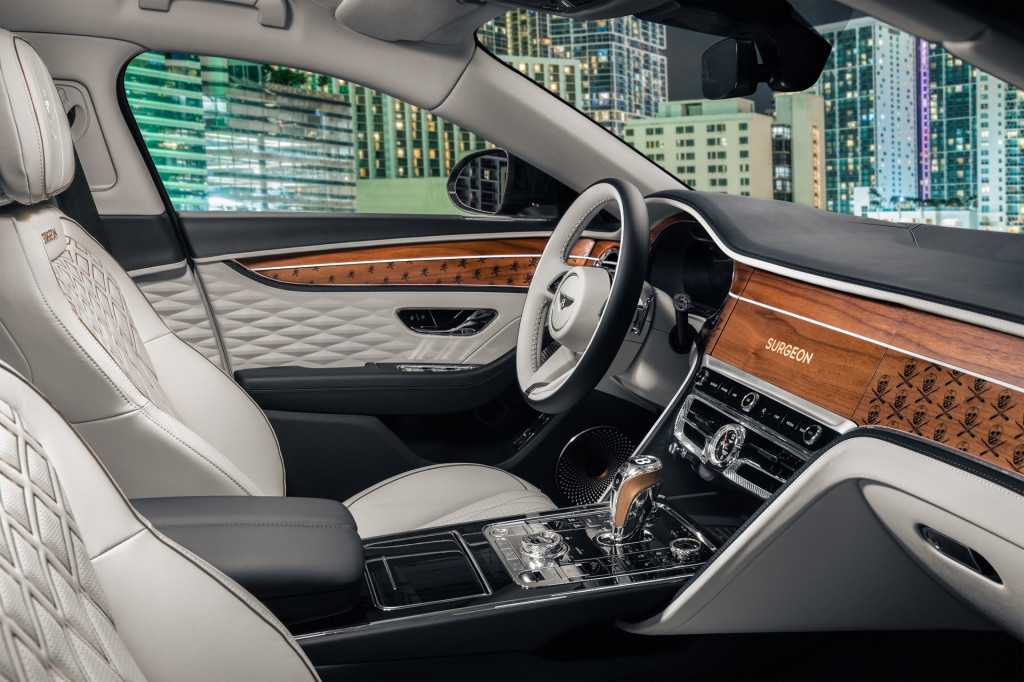 Like all Flying Spur Hybrids, the one-off is powered by a plug-in hybrid system pairing a twin-turbo 2.9-liter V-6 with an electric motor integrated with an 8-speed automatic transmission. The setup generates a peak 536 hp and 553 lb-ft of torque, which is channeled to all four wheels. Performance estimates include a 0-60 mph time of 4.1 seconds and a top speed of 177 mph. A 14.1-kwh battery makes possible an EPA-rated electric range of 21 miles.

Ciambrone's one-off Bentley was part of a trio of Bentley's shown during last week's 2022 Art Basel in Miami. The others included a Continental GT V8 Convertible inspired by Brazilian artist Romero Britto, and the special Sager Strong Continental GT Speed Convertible that was first shown in August and is due to go under the hammer at a charity auction next February.