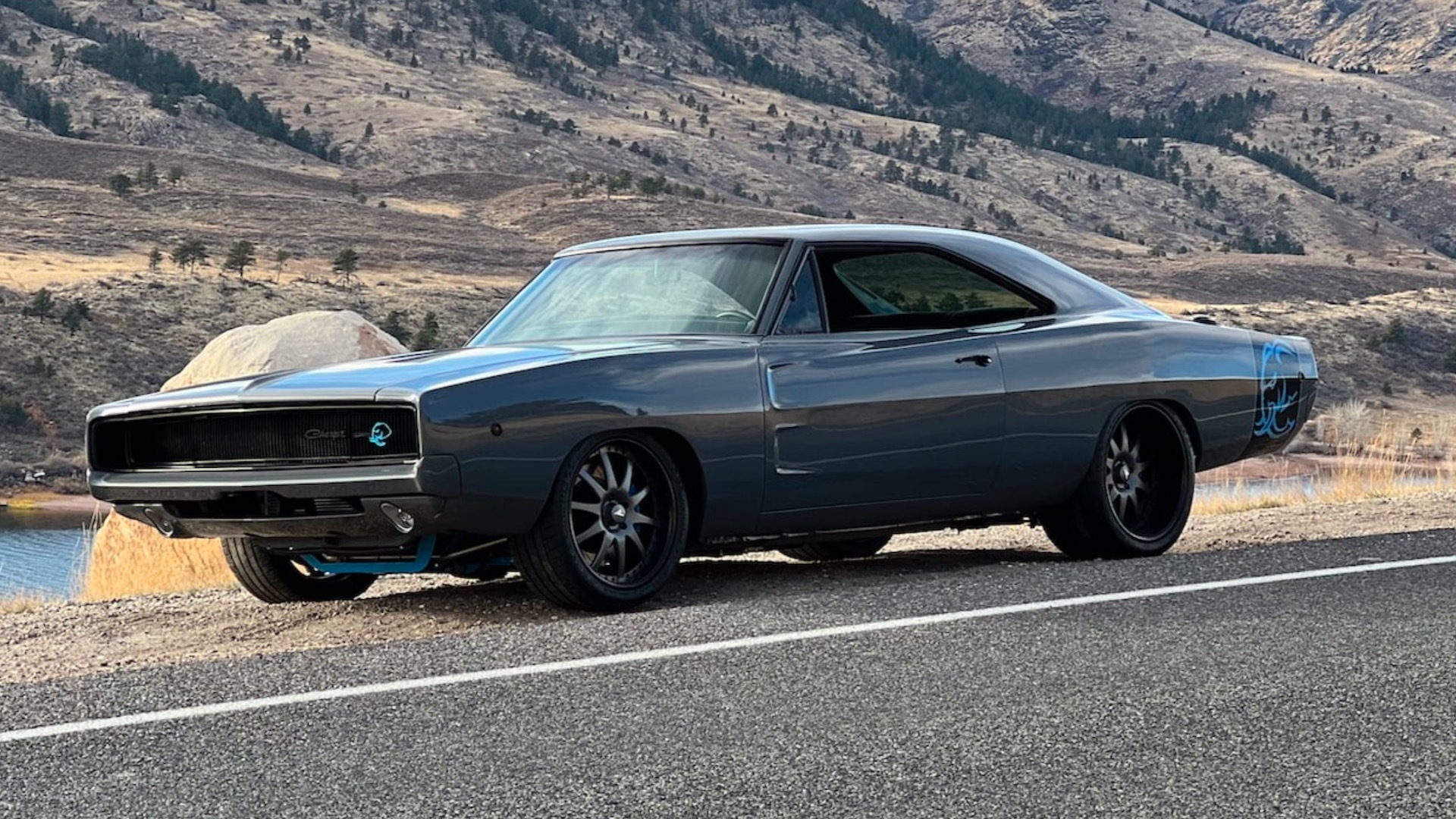 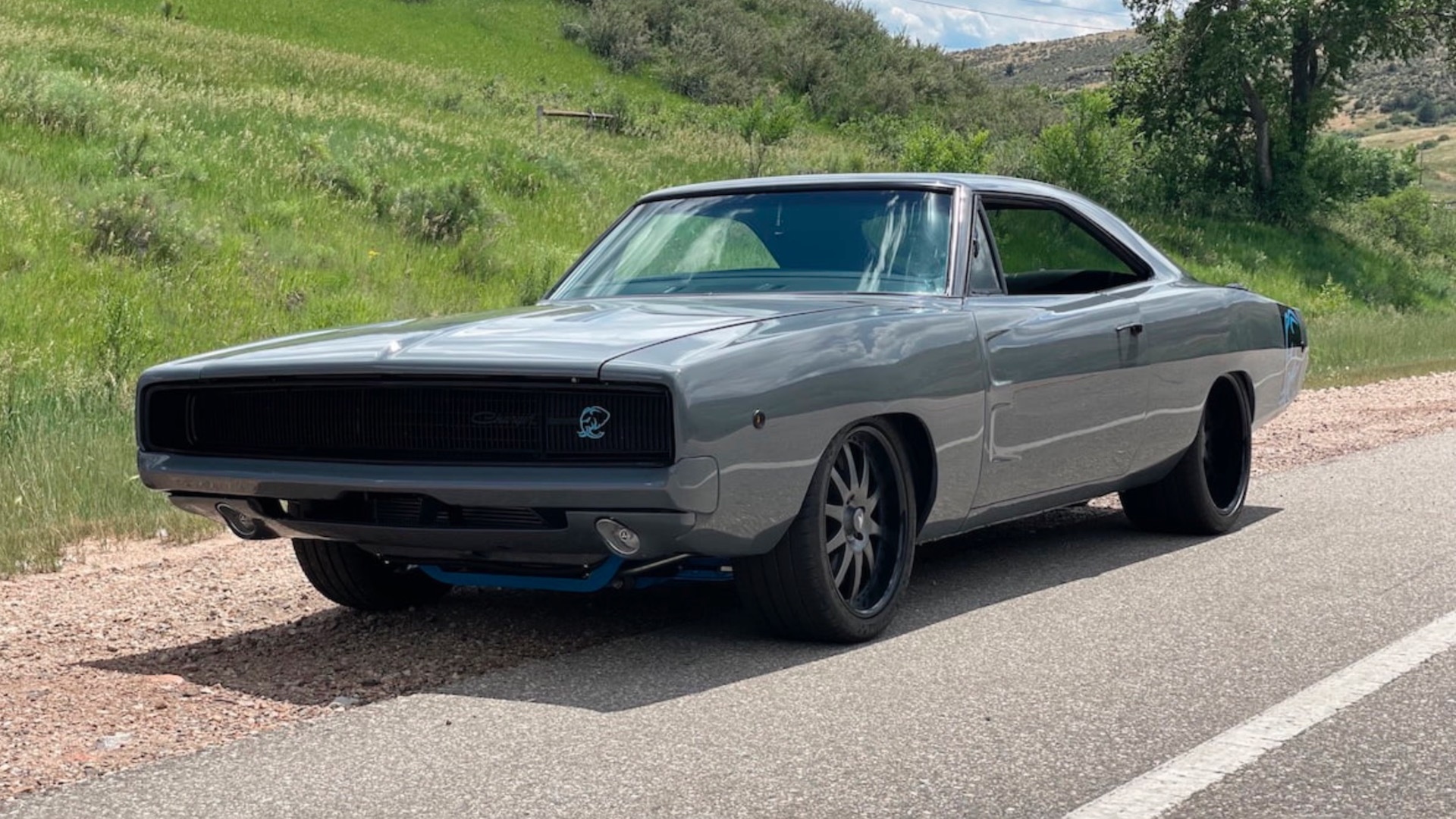 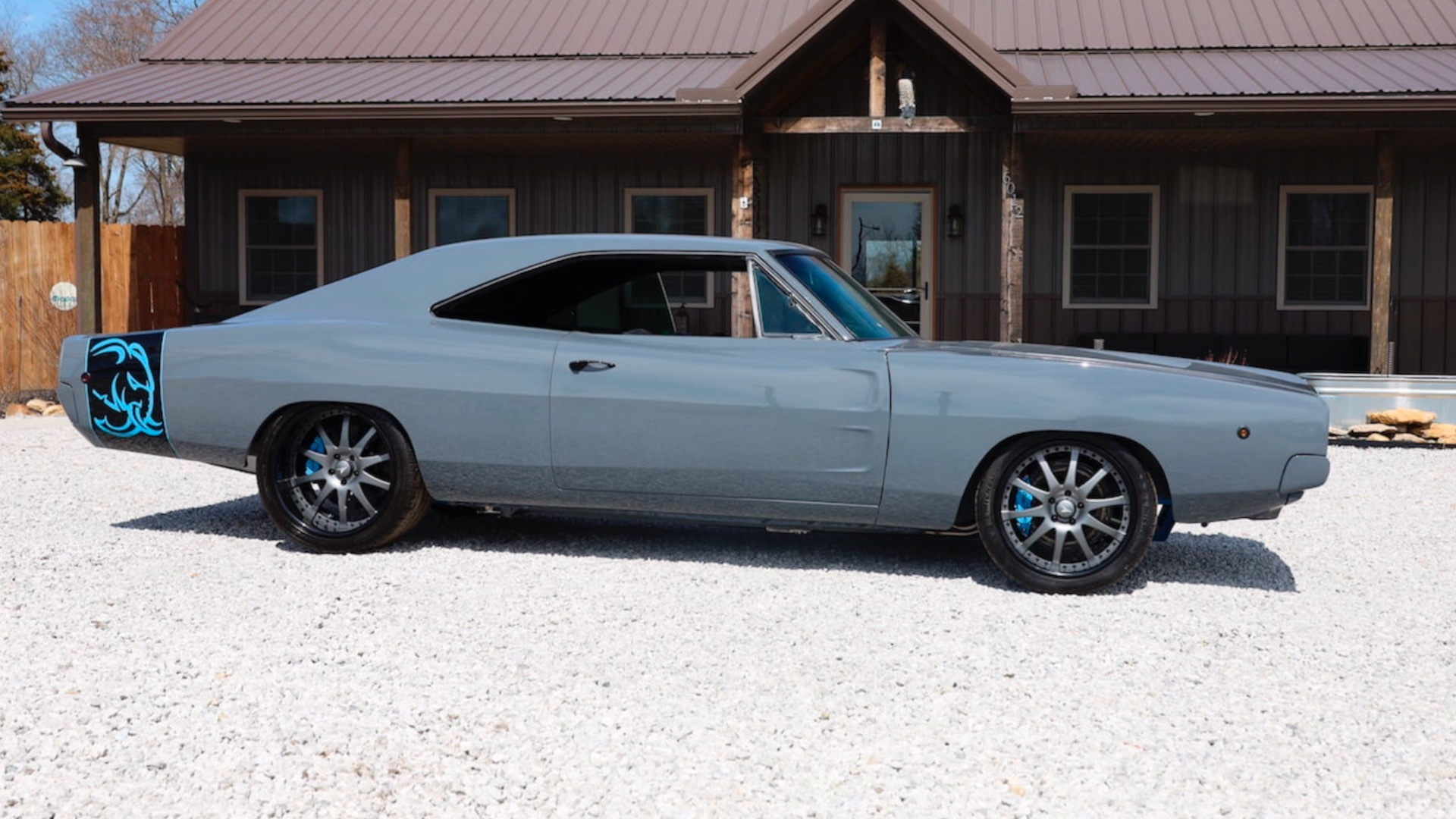 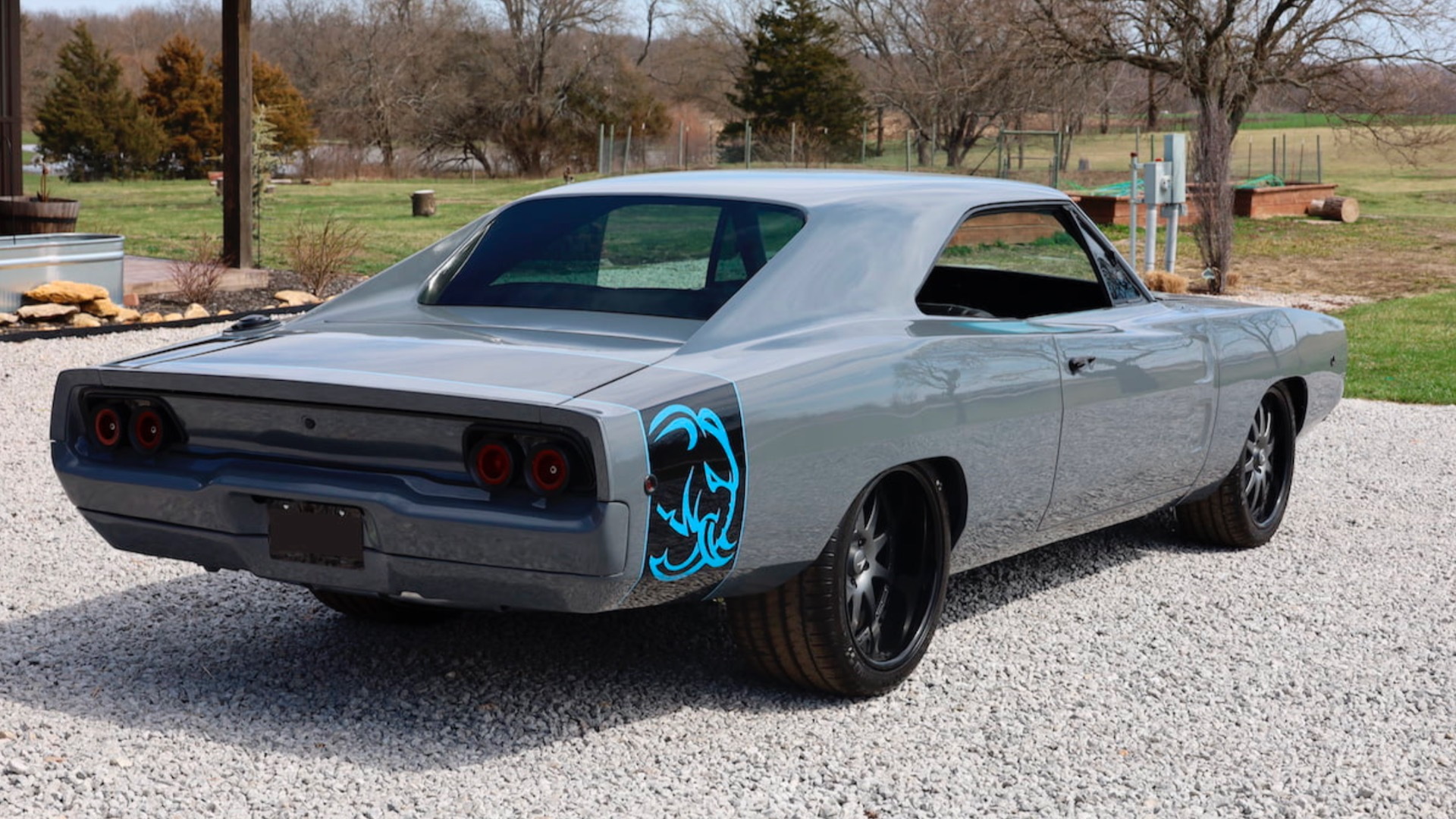 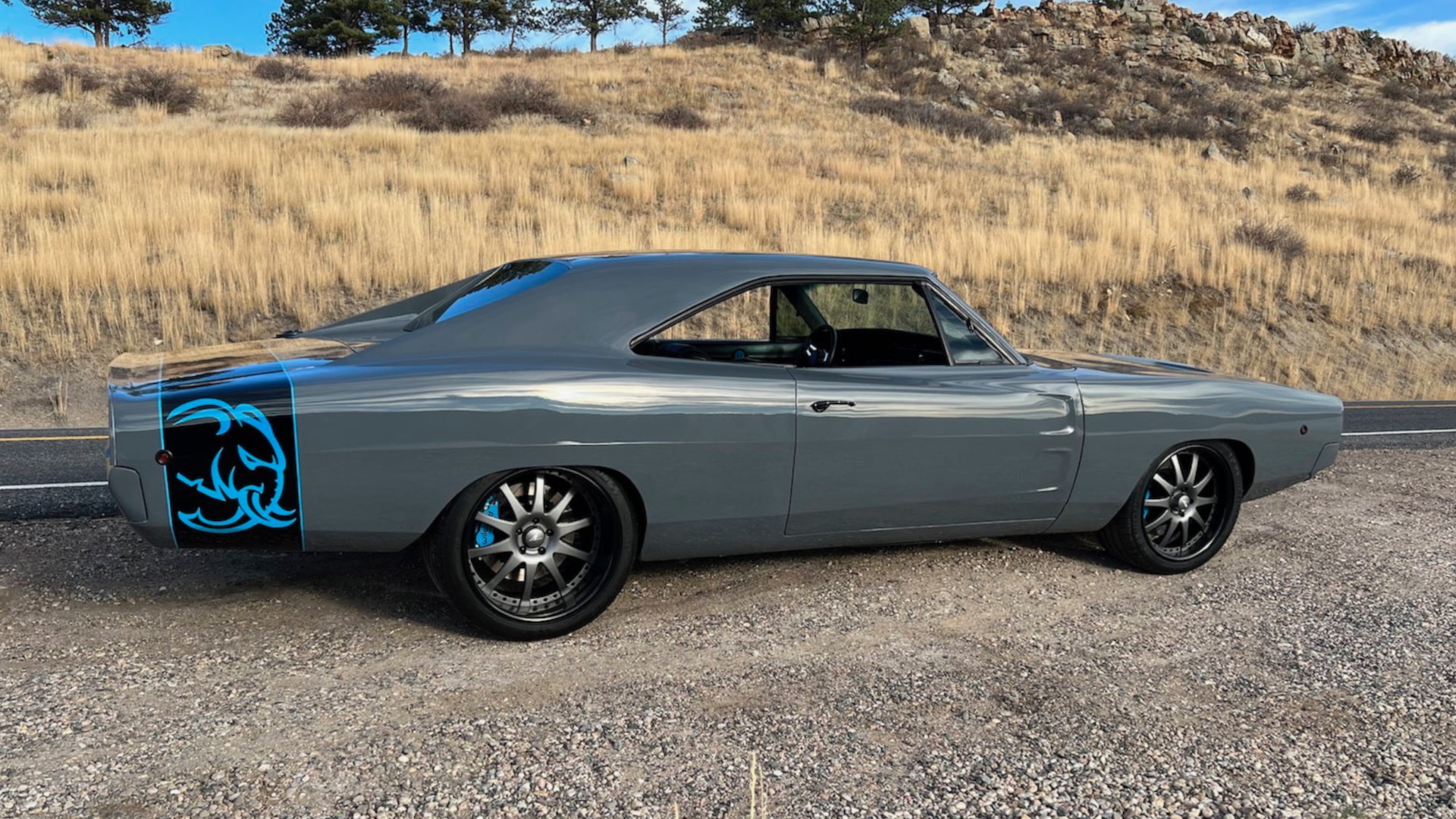 If you've ever want to own a muscle car powered by Dodge's 1,000-hp Hellephant crate engine, now's your chance. A Hellephant-powered 1968 Dodge Charger named Dumbo is slated for a Mecum auction running in Las Vegas from November 10-12.

The supercharged 7.0-liter V-8 was unveiled at the 2018 SEMA show, and went on sale as a crate motor in 2019. The initial production run quickly sold out, so now it's likely easier to get a Hellephant if the engine is already installed in someone else's build.

Based on the Hellcat supercharged 6.2-liter V-8, the Hellephant makes 950 lb-ft of torque in addition to the aforementioned 1,000 hp. The name combines the "hell" from Hellcat with "elephant," the nickname of the original 426 Hemi, which just so happens to match the displacement of the new engine in cubic inches.

In the modified Charger, the Hellephant is connected to a 6-speed manual transmission and 4:10.1 rear end. The Charger also has upgraded suspension and brakes, as well as a custom exhaust system.

Painted Destroyer Gray with a gray interior, the car sports elephant graphics and badges in the style of the Dodge Hellcat logo, and subtle modernizing touches like LED headlights and taillights, Rushforth alloy wheels, and Ringbrothers billet door handles.

This isn't the only Charger packing a Hellephant engine. Wisconsin-based SpeedKore Performance Group stuffed a Hellephant in a 1970 Charger for comedian Kevin Hart, and also built a Hellephant-powered 1968 Charger dubbed Hellucination for Stellantis design boss Ralph Gilles. Both Chargers also have carbon-fiber bodies, which are SpeedKore's specialty, as well as custom frames.