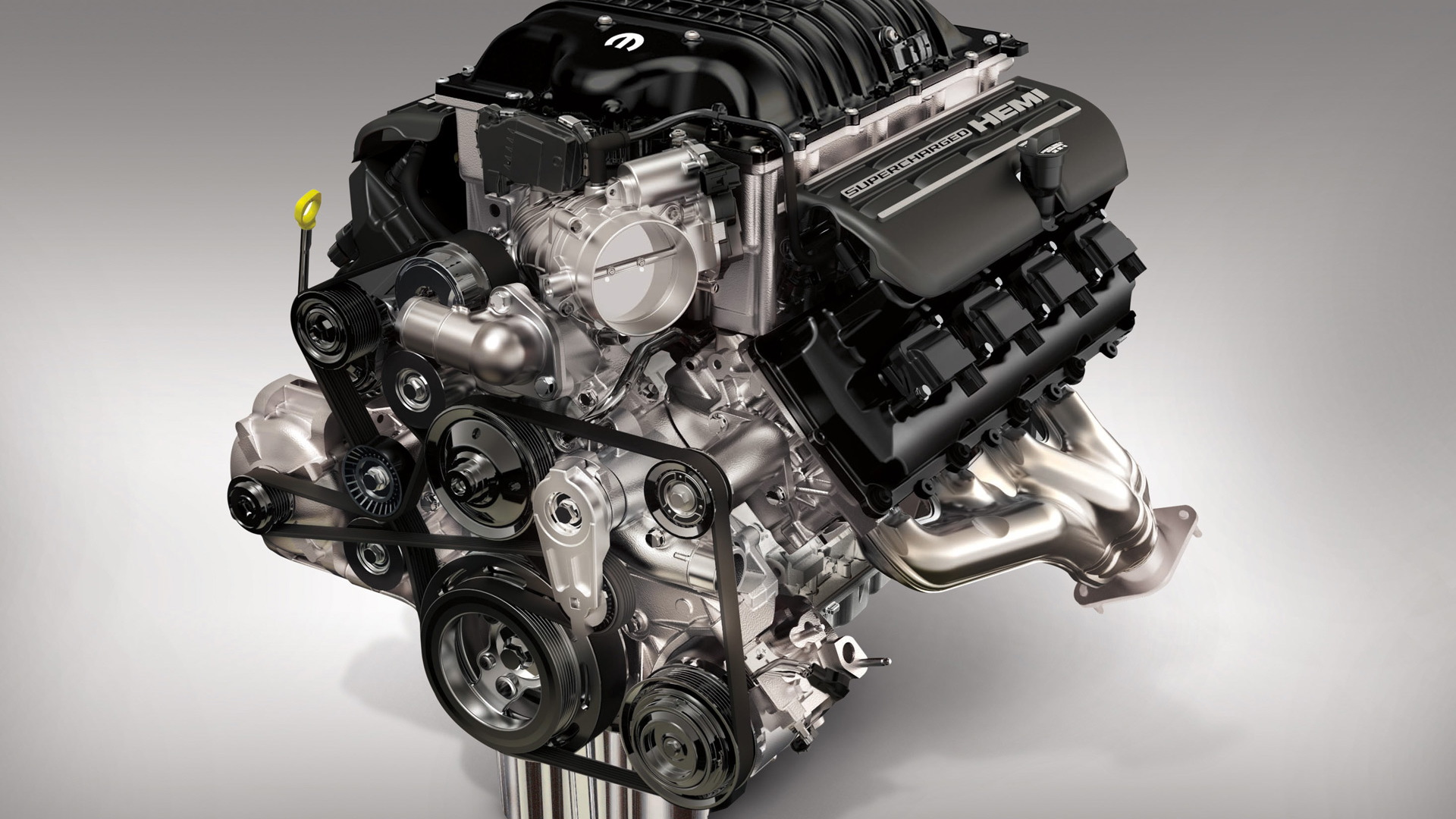 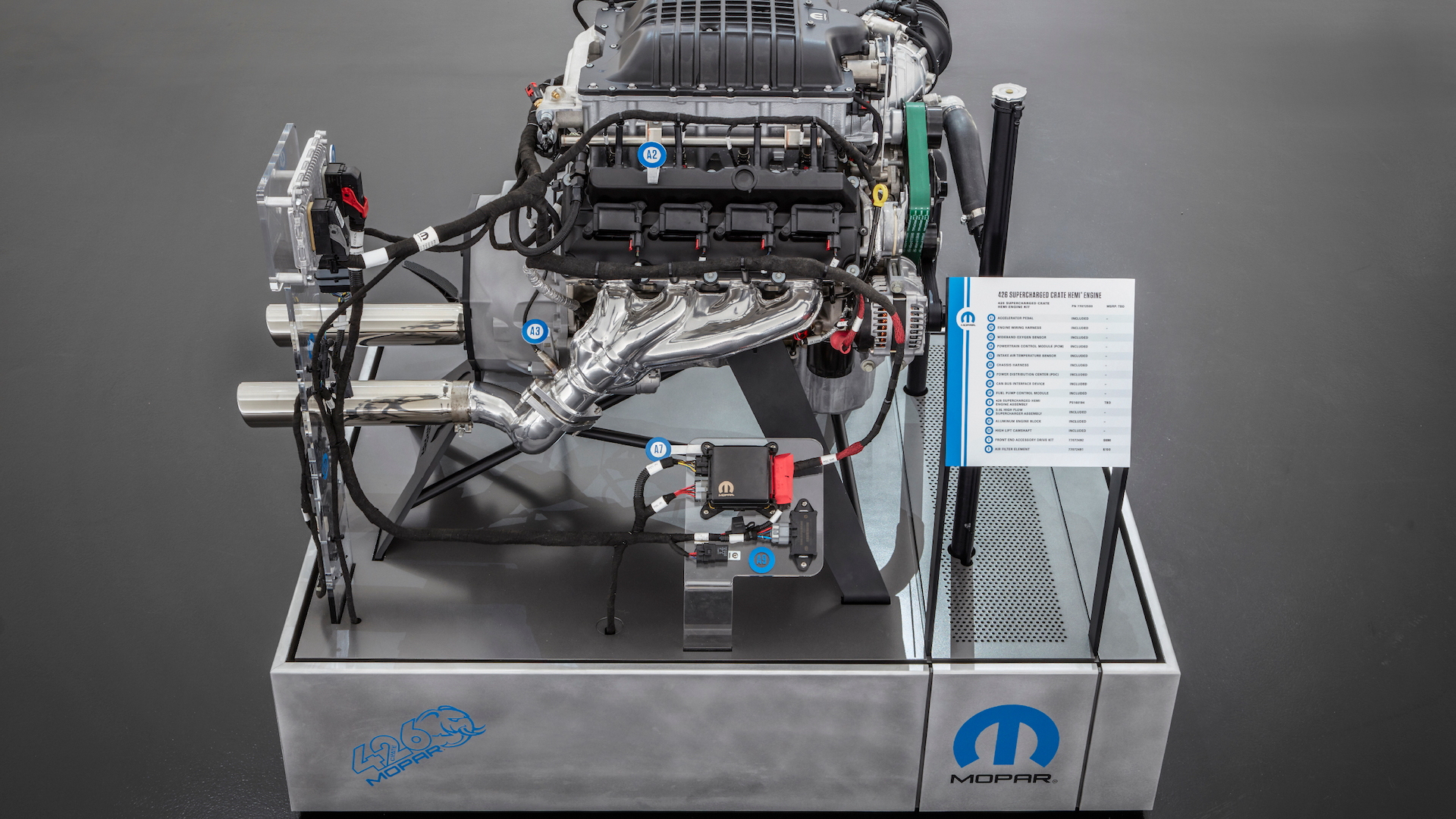 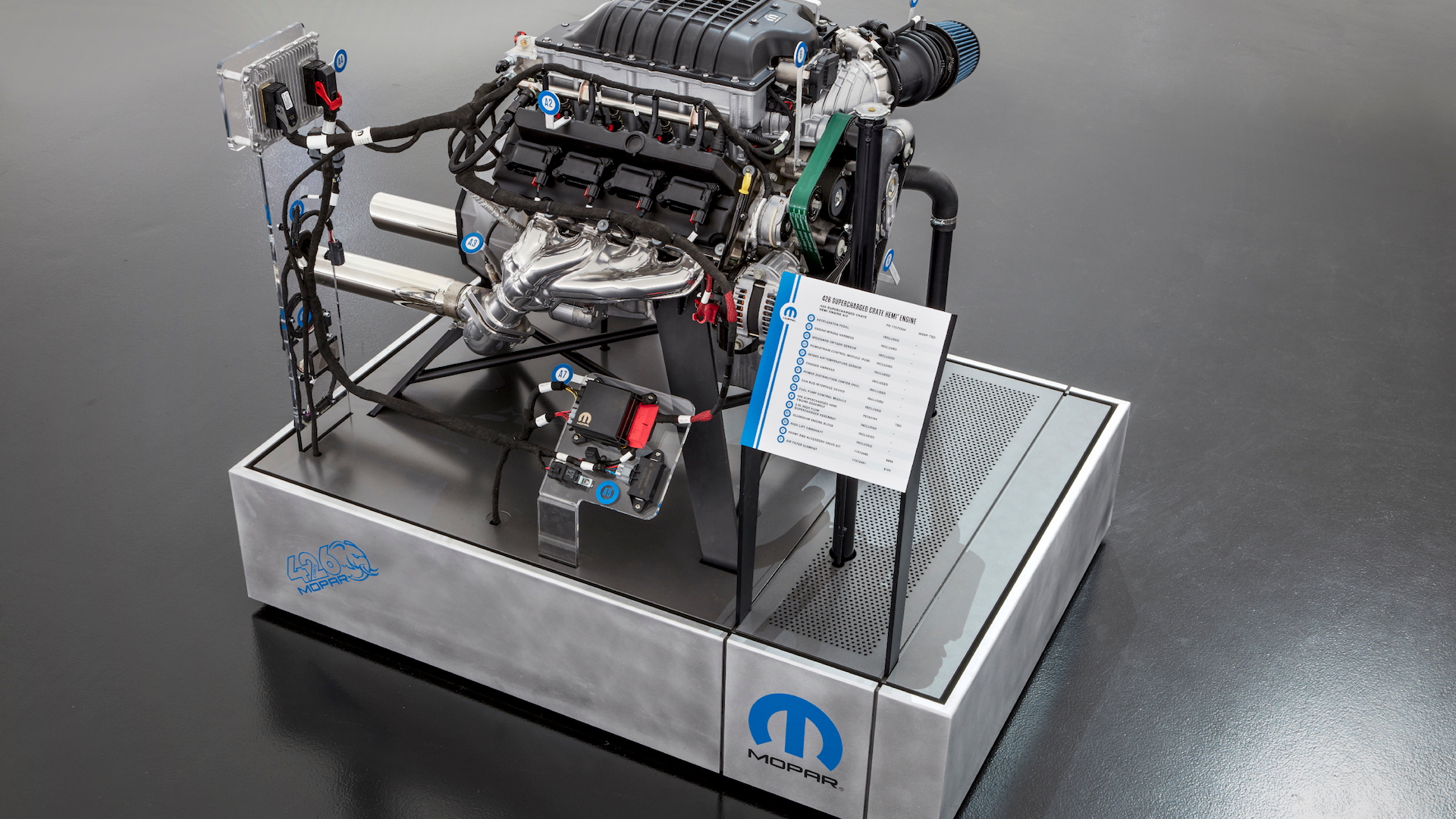 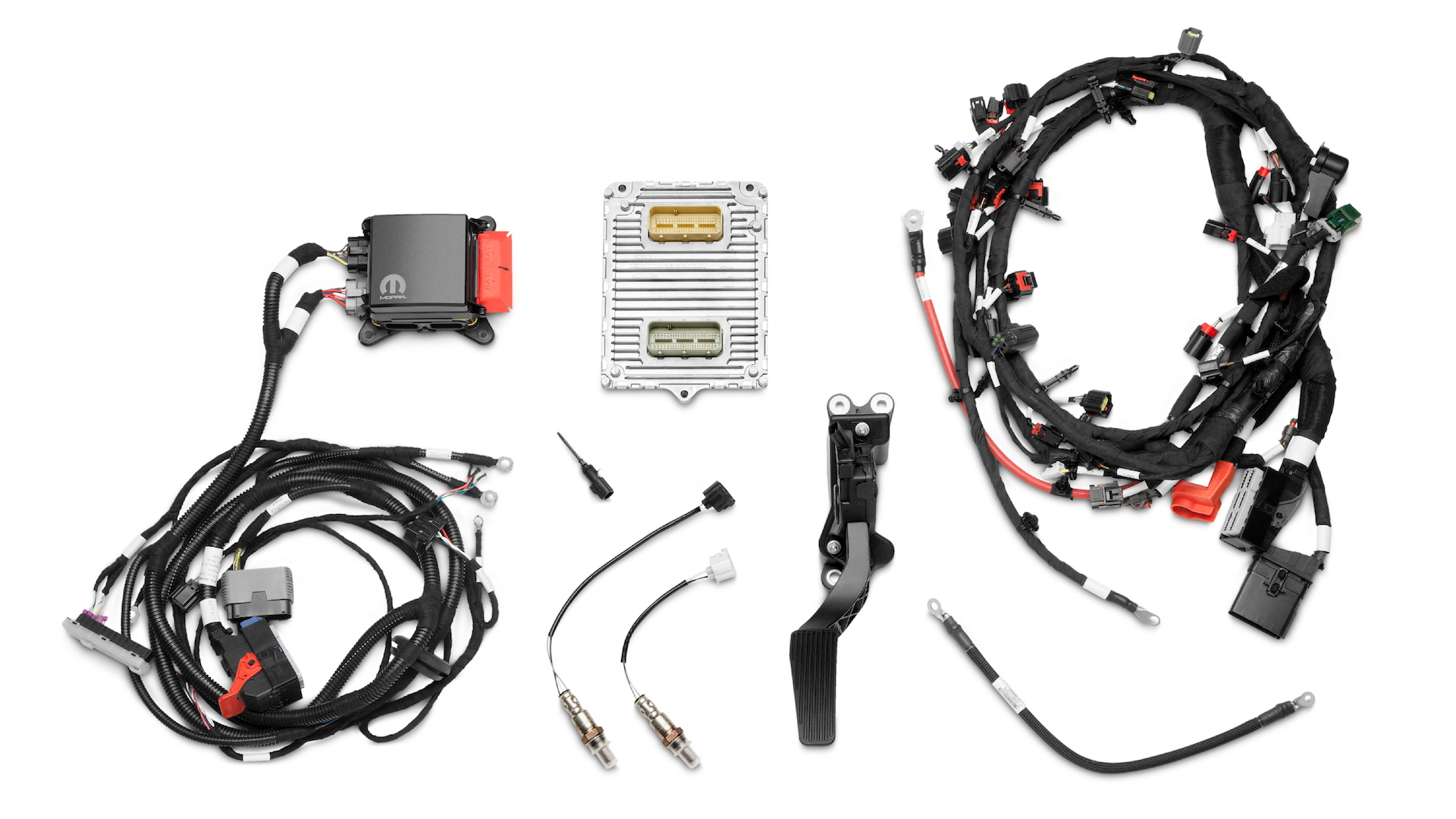 April 26 is Hemi day—get it? 4/26, as in Hemi 426—and Fiat Chrysler Automobiles' parts and accessories division, Mopar, is celebrating with the start of pre-orders for its modern Hemi 426: the Hellephant.

The beast of a crate engine was unveiled at the 2018 SEMA show and boasts an output of 1,000 horsepower and 950 pound-feet of torque, and it can be yours for just $29,995. Yes, hypercar numbers for the price of a mundane sedan.

The price is for the 7.0-liter supercharged V-8 engine, which comes with a water pump, flywheel, front sump oil pan, fuel injectors, coil packs, and supercharger all attached. For an extra $2,265, an assembly kit, designed for pre-1976 cars and including vitals such as an ECU and chassis and wiring harnesses, enables almost plug-and-play installation.

There are other accessories including an expansion kit for an air-conditioner, plus installation kits for a custom exhaust manifold, rear sump oil pan, and 45-degree oil filter. The engine and all accessories are offered through Mopar.

Naturally, the Hellephant was a hit at its SEMA debut. More than 1,000 people expressed an interest in buying it, Steve Beahm, who heads parts and service at Mopar, said in a statement.

The engine is based on the Hellcat 6.2-liter supercharged V-8, with the Hellephant name formed by joining the “Hell” in Hellcat with “elephant,” which was the nickname given to the original Hemi 426 launched more than 50 years ago. To get the power up, the engine benefits from 4.0 inches of stroke and bore specs at 4.125 inches, bringing displacement to the magic 7.0-liter mark, or 426 cubic inches. There's also a lighter aluminum block and an improved supercharger with a high-efficiency rotor.