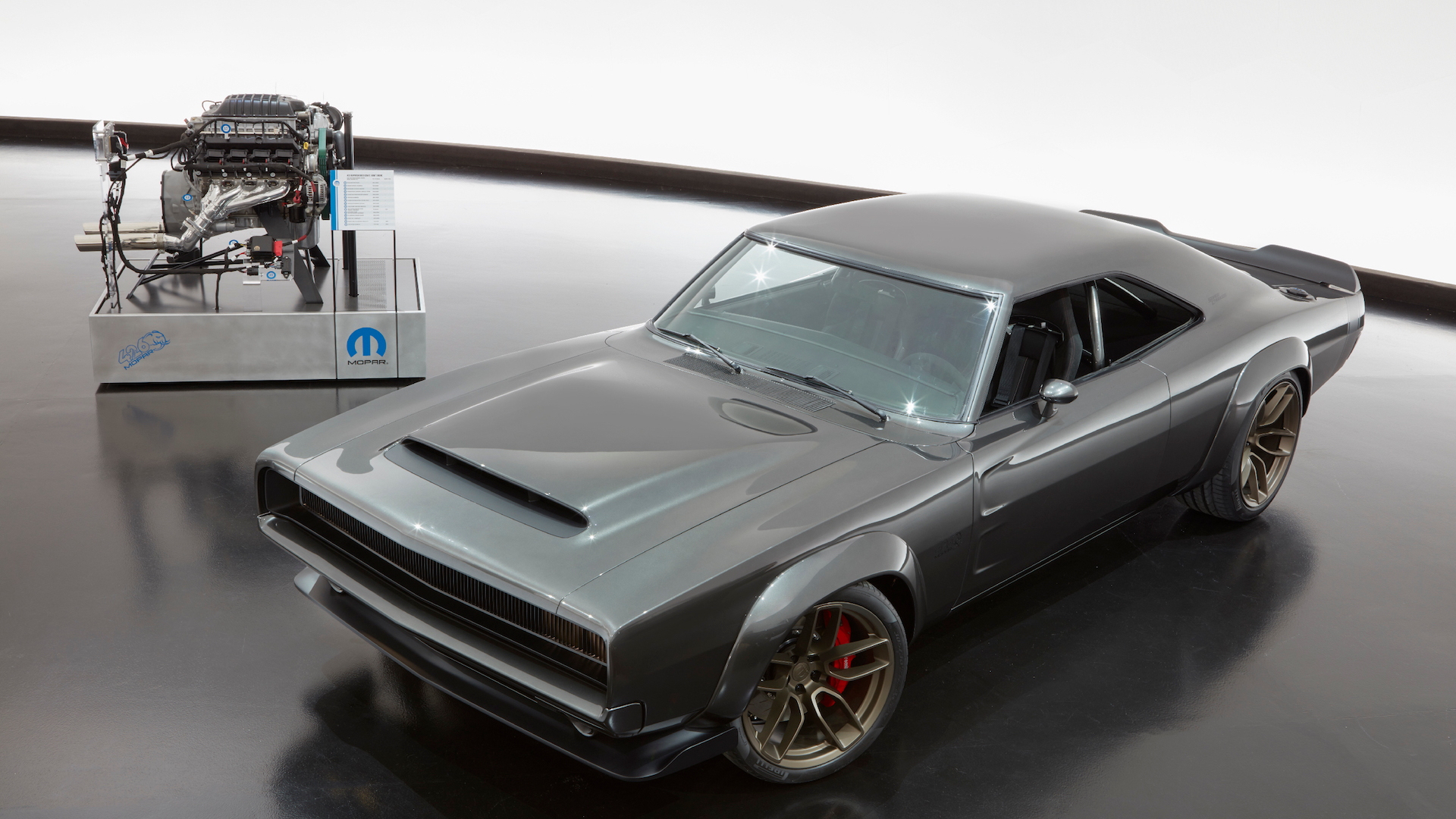 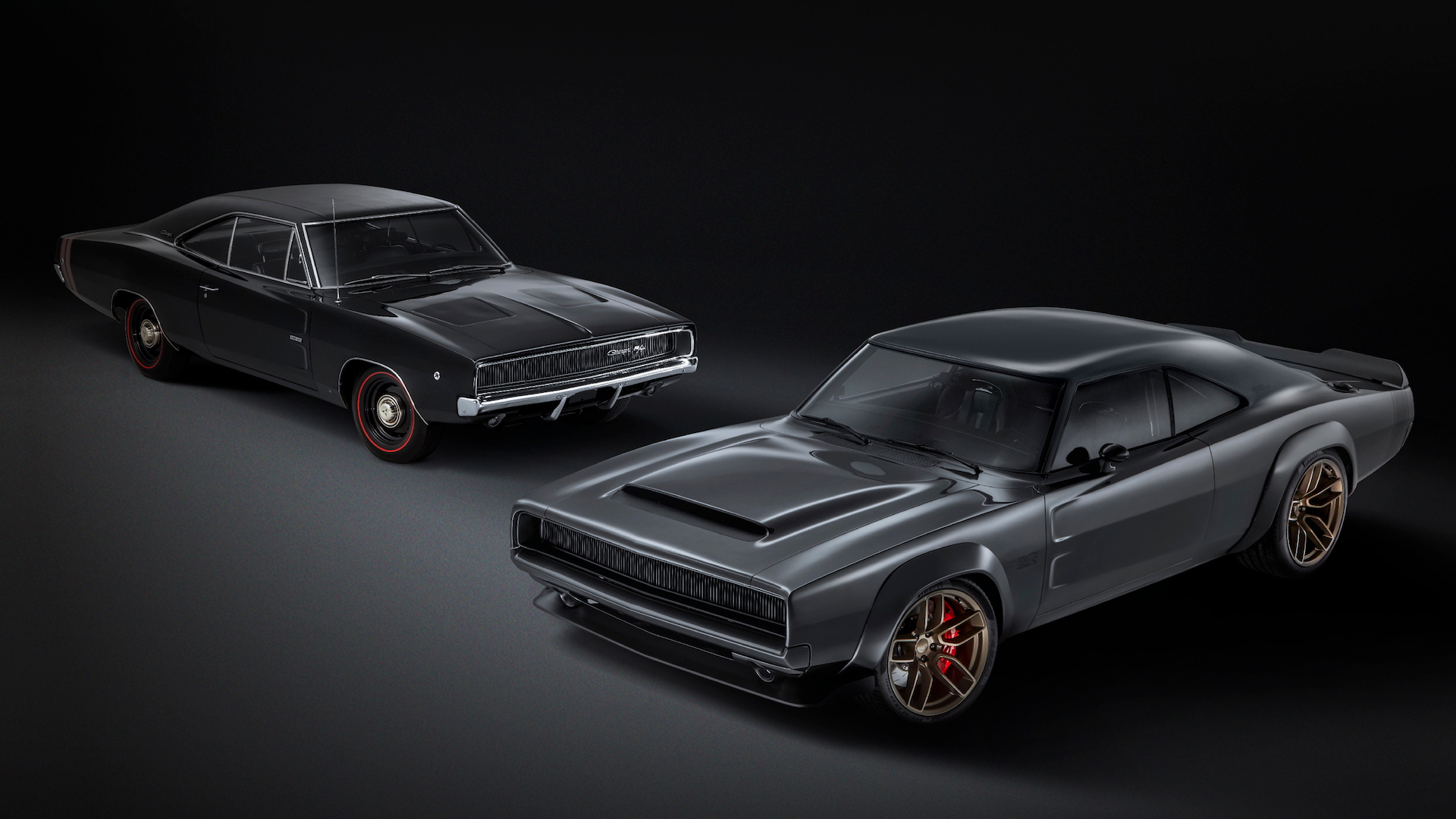 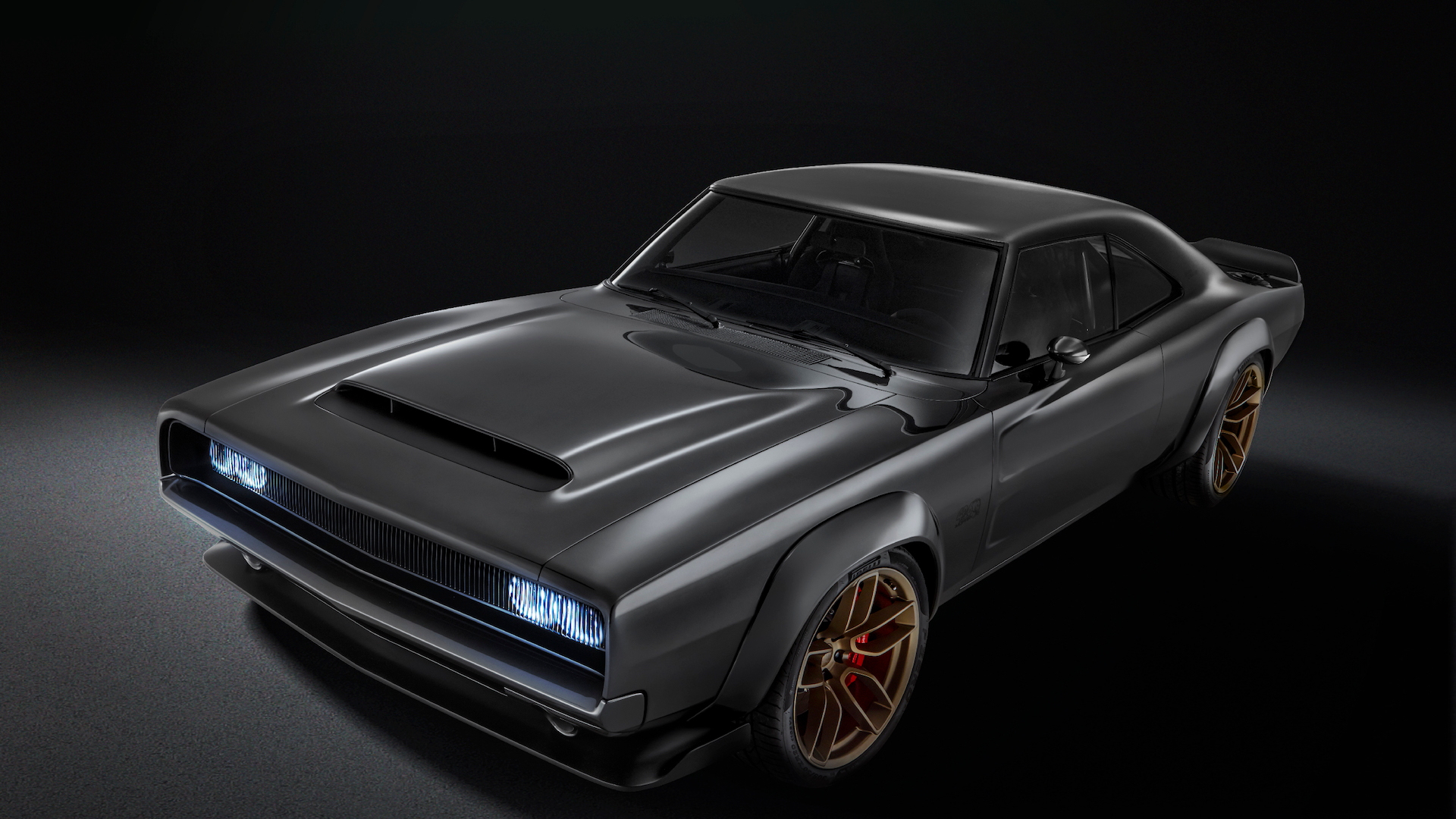 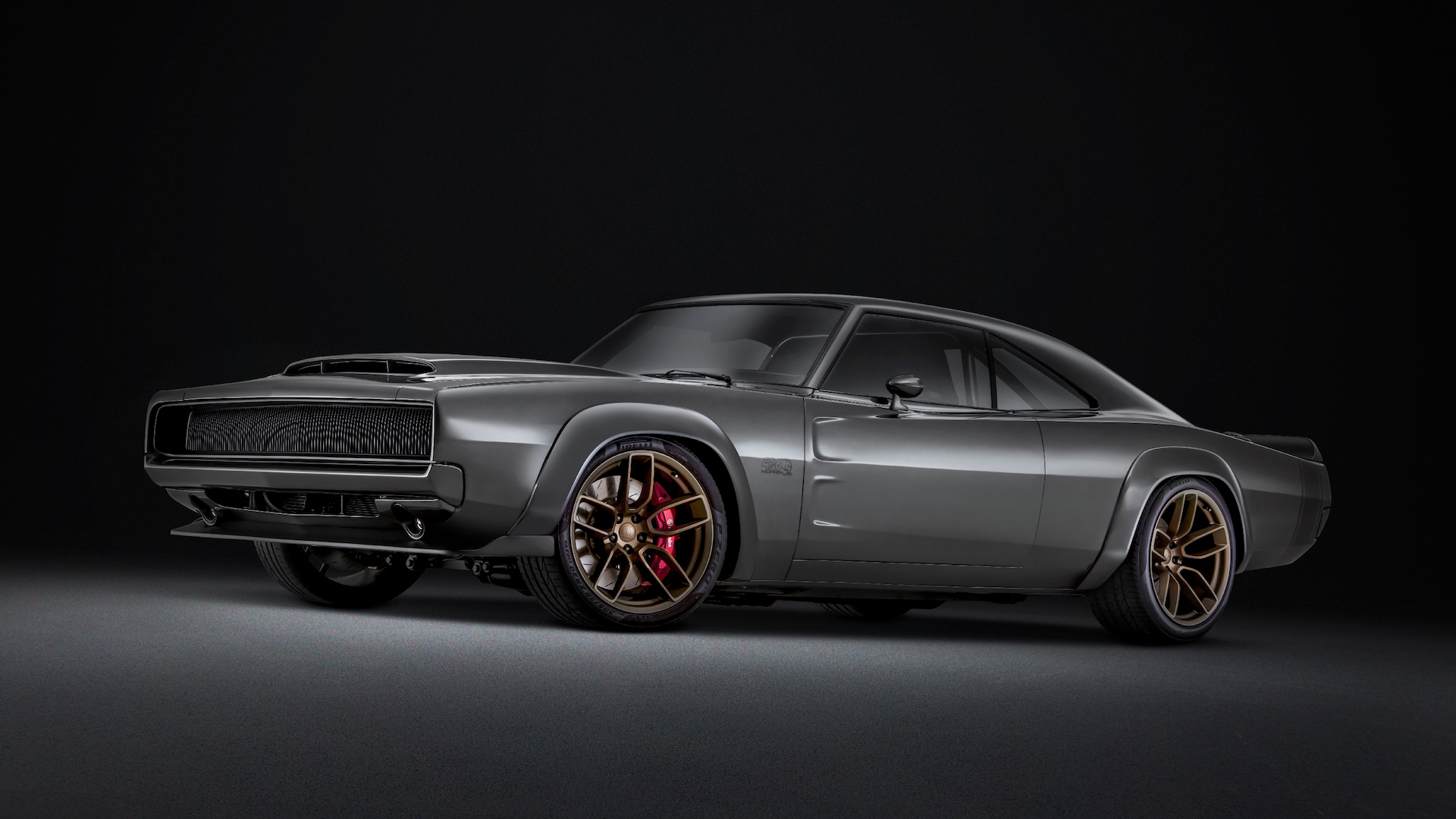 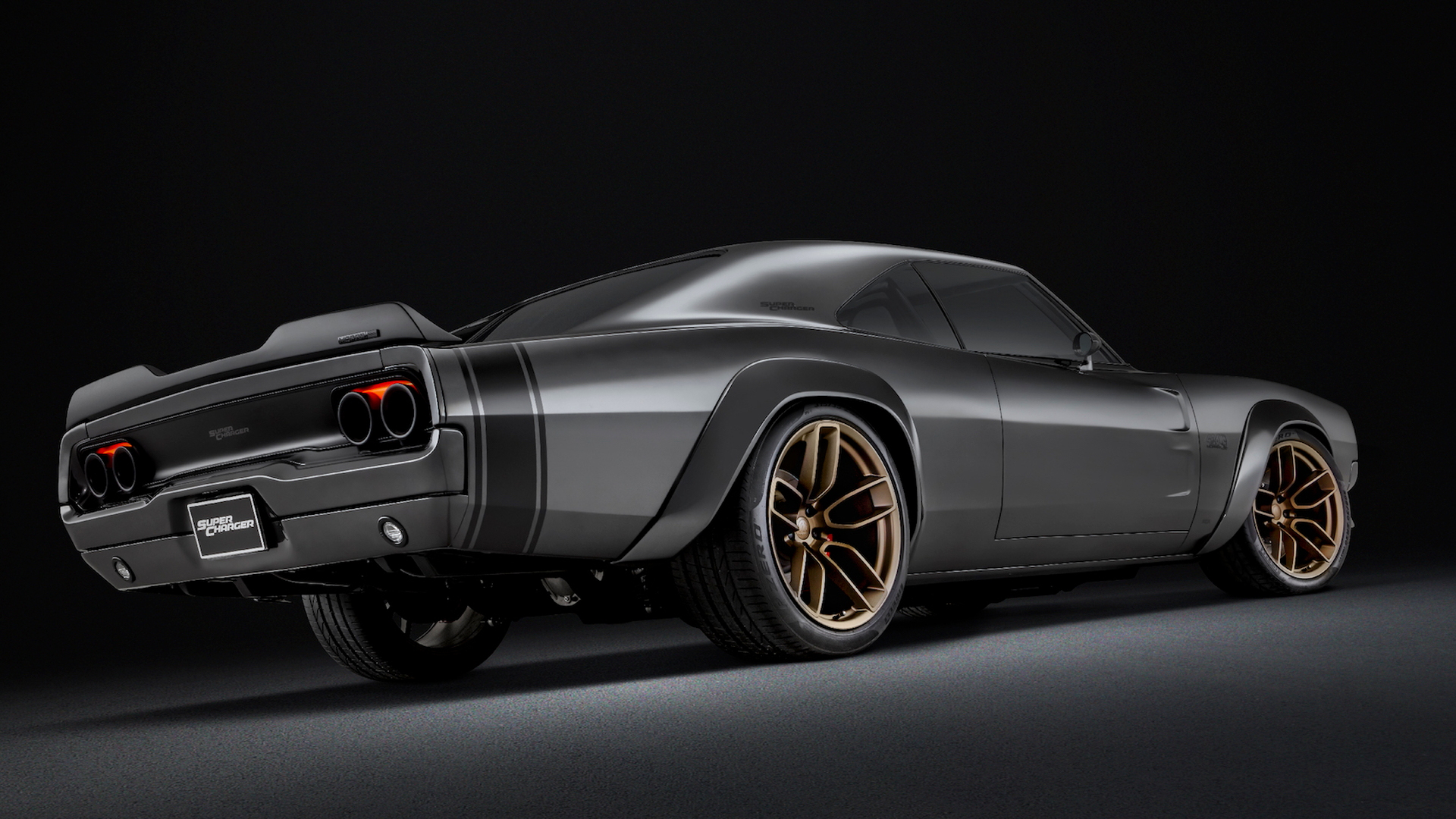 We knew the folks at Mopar were planning something big for this week's SEMA show, and on Tuesday collective jaws dropped when the covers were pulled off a 1,000-horsepower crate engine dubbed the Hellephant.

The engine, which also generates 950 pound-feet of torque, is a supercharged V-8 with 7.0 liters of displacement, or 426 cubic inches, and its name, if you haven't guessed already, is a portmanteau of “Hellcat” and “Elephant.”

The Hellcat needs no introduction here at Motor Authority but the Elephant may not be familiar with all readers. Chrysler's 426-cubic inch V-8 Hemi earned the colloquial nickname of "elephant engine" when it entered production in 1964. The engine only found a home in 11,000 factory cars as Chrysler quickly realized the mighty motor was quite costly to build. Recipients included the Dodge Dart, Plymouth Fury and Dodge Coronet.

The engine itself includes a water pump, flywheel, front sump oil pan, supercharger with throttle body, fuel injectors and coil packs. The design is related to the Hellcat but benefits from 4.0 inches of stroke and bore specs at 4.125 inches. An improved supercharger with a high-efficiency rotor is mounted on an aluminum block that provides substantial weight savings. The aluminum block is borrowed from the engine used in Mopar's Dodge Challenger Drag Pak dedicated drag racers.

Mopar decided to show off the Hellephant at the SEMA show in a seriously sinister 1968 Dodge Charger. The concept, dubbed the Super Charger, also benefits from a number of parts lifted out of the current Dodge Charger and Challenger SRT Hellcats, one of which is a six-speed manual.

The exterior is enhanced with a wide body design and gray metallic paint. The front wheels have been pushed forward two inches to accommodate the widened fenders and shorten the Charger’s overhang, extending the classic’s wheelbase from 117 inches to 119 inches.

Inside, the door panels and interior trim are a satin black and feature a Hellephant engine logo in a number of locations. One of those locations is the center of the steering wheel which was borrowed from the Dodge Viper.

For all you mad modders, the Hellephant will be available in the first quarter of 2019. Interestingly, there are rumors of a 7.0-liter engine showing up in various Fiat Chrysler Automobiles products, one of which is a high-performance Ram 1500 Rebel.