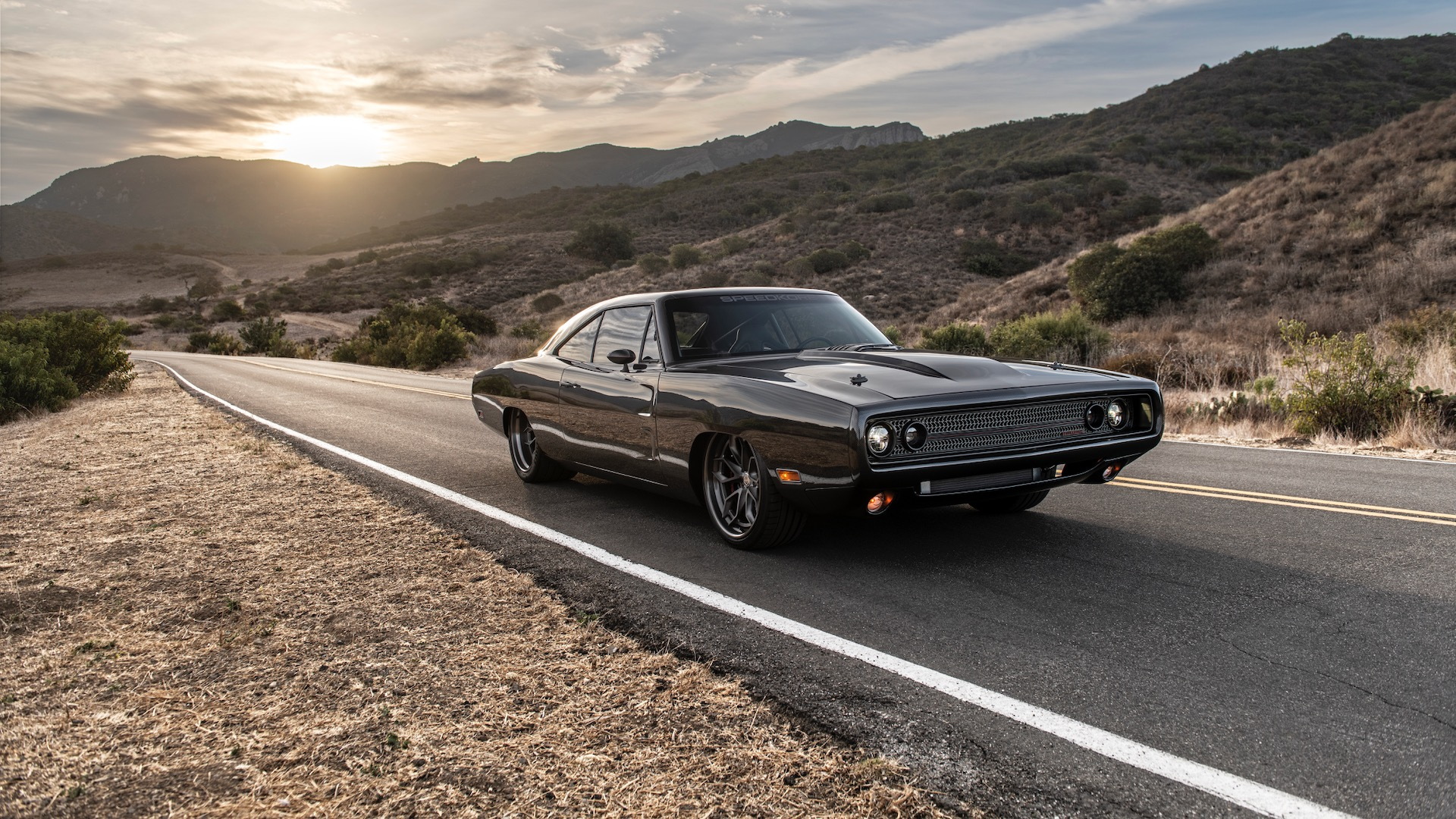 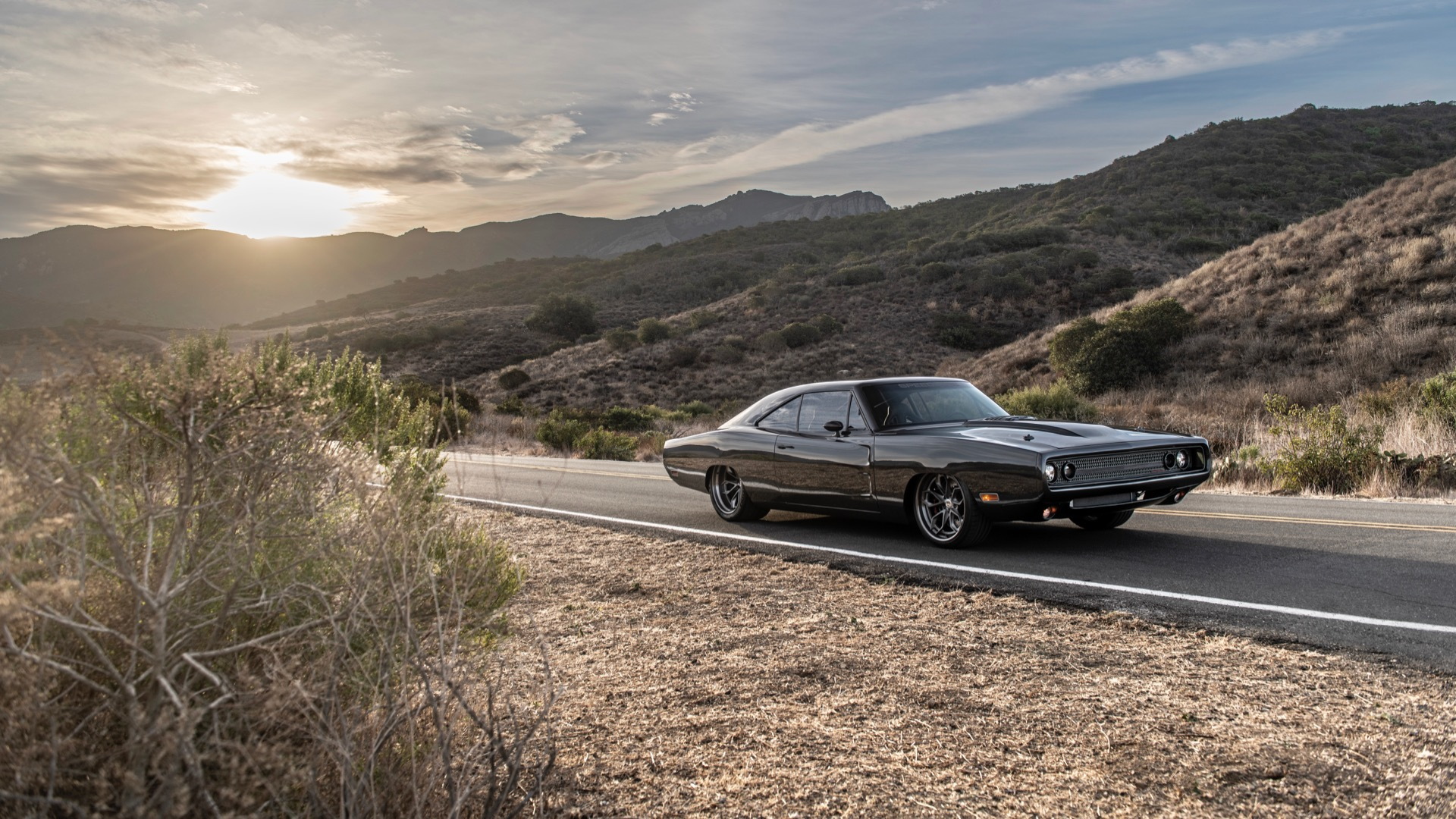 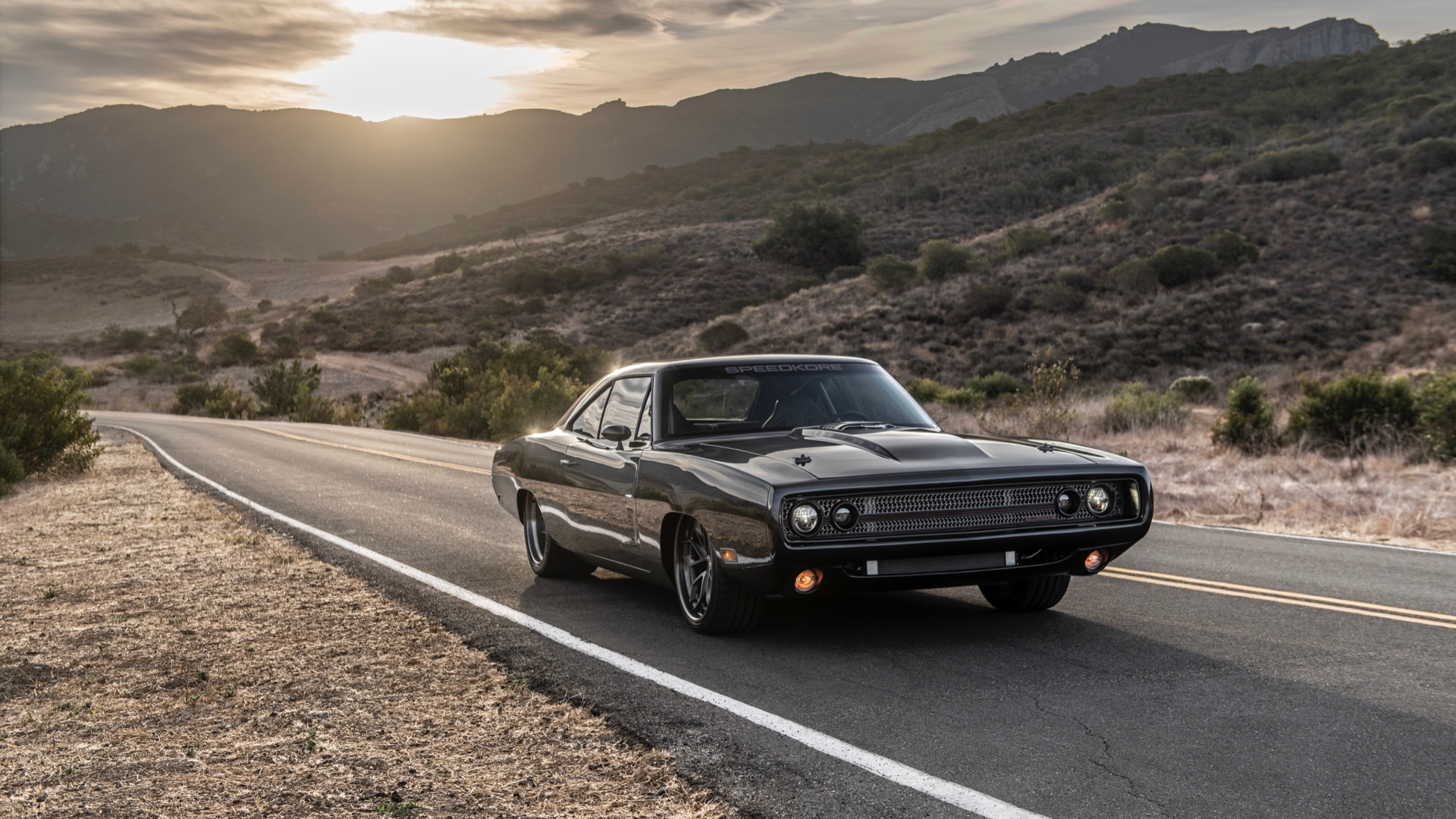 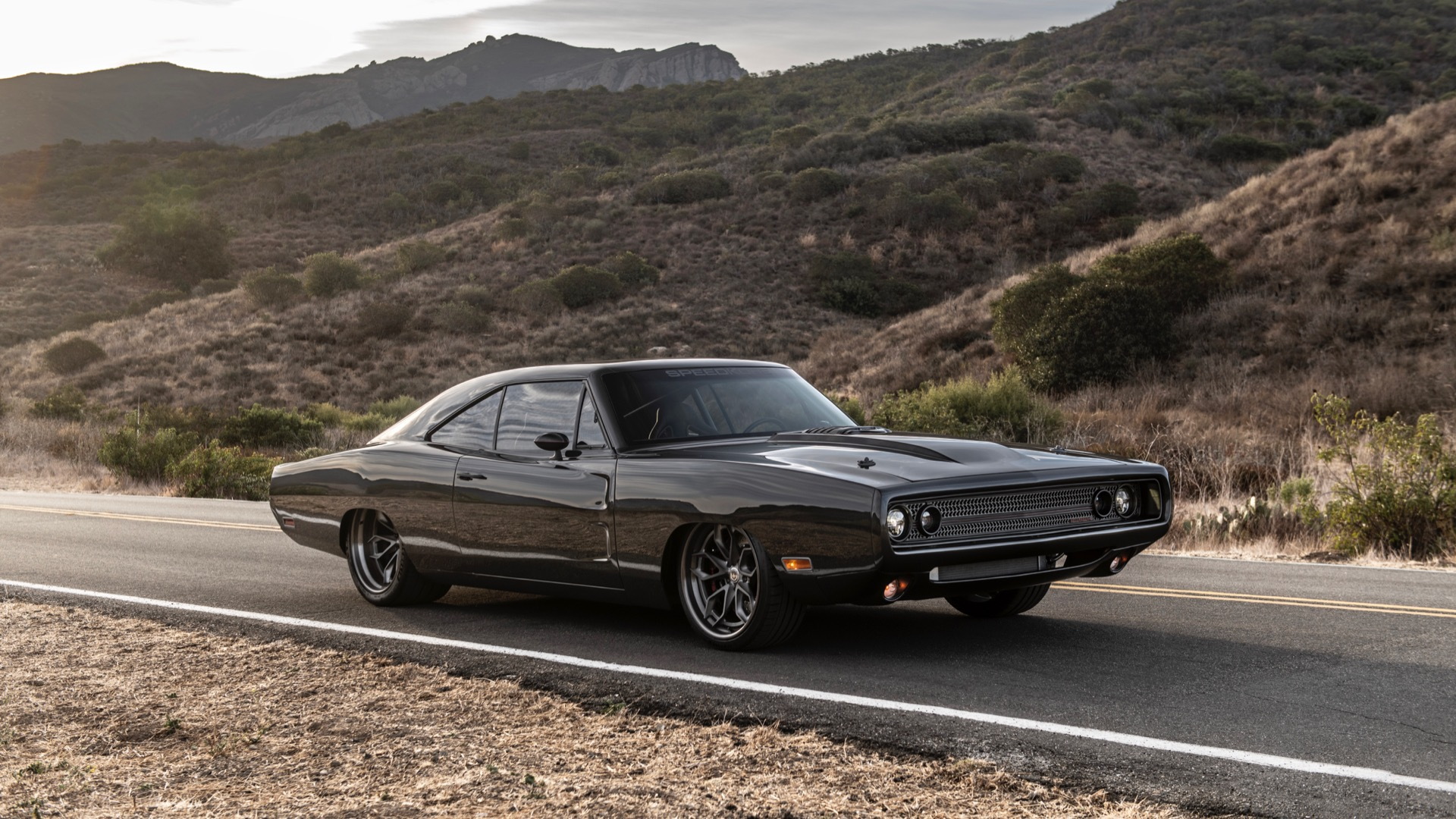 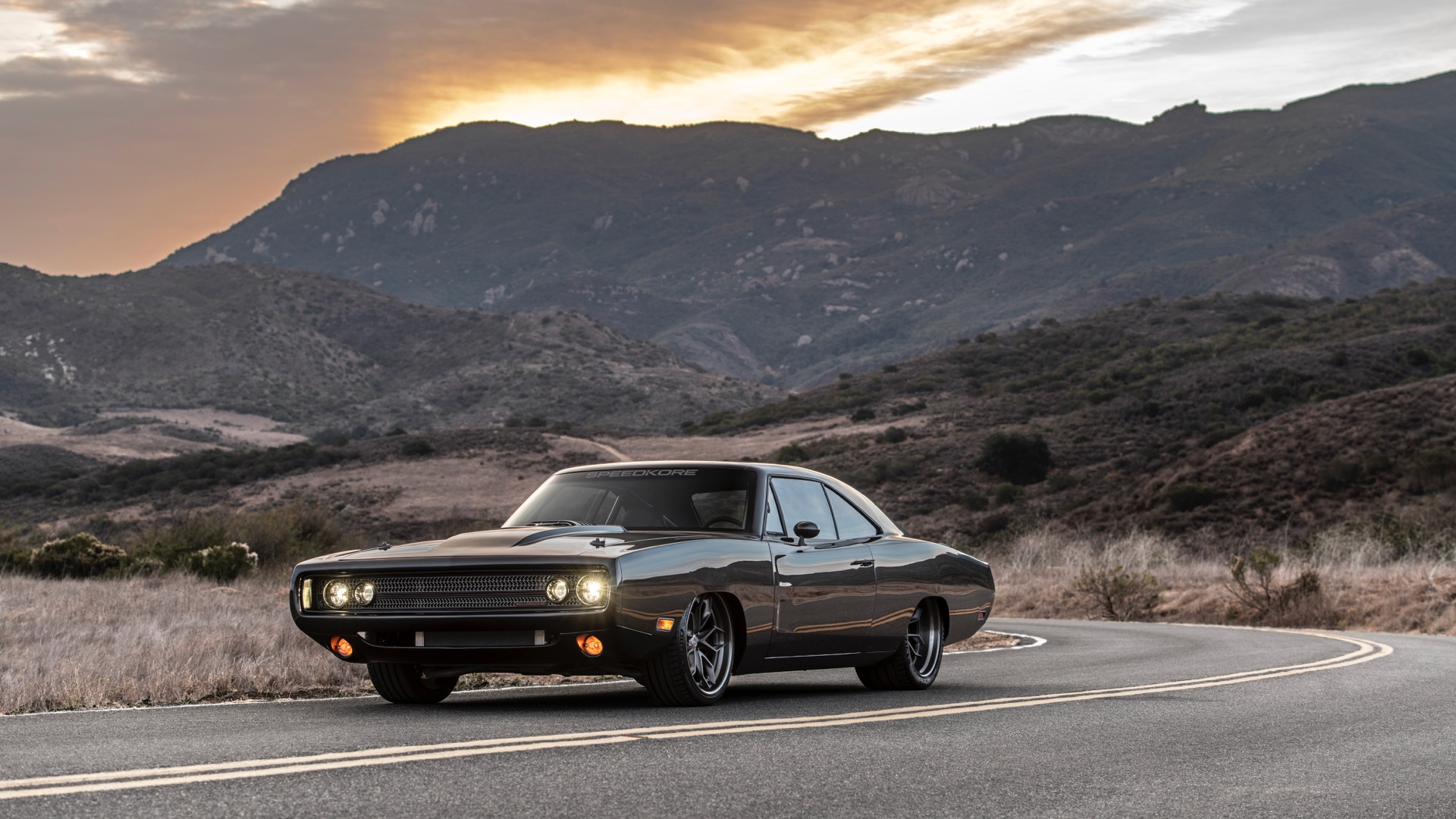 Let's try this again. After comedian Kevin Hart was involved in a 2019 accident as a passenger in a 1970 Plymouth Barracuda modified by SpeedKore Performance Group, the Wisconsin shop has built another Mopar muscle car for Hart. This time it's a 1970 Dodge Charger called "Hellraiser," and it features Mopar's "Hellephant" engine.

The 7.0-liter supercharged Hemi V-8 was unveiled at the 2018 SEMA show, and went on sale as a crate motor in 2019 (the initial production run quickly sold out). Based on the Hellcat 6.2-liter supercharged V-8, it makes 1,000 hp and 950 lb-ft of torque. The name combines the "hell" from Hellcat with "elephant," the nickname of the original 426 Hemi, which just so happens to make the displacement of the new engine.

Like SpeedKore's previous Demon-powered 1970 Charger "Evolution," Hellraiser features a carbon-fiber body. Parts were made by scanning an original 1970 Charger, and using a five-axis CNC machine to make molds. The carbon-fiber body isn't an exact replica, though: SpeedKore shaved the rain gutters for a cleaner look, and added a custom taillight panel and integrated dual exhaust tips. The only exterior parts that aren't carbon fiber are the grille and other trim pieces, which were machined from solid aluminum and given a gray titanium finish.

The body rides on a custom frame and upgraded suspension. The front suspension came from a C6 Corvette, while the rear suspension is a SpeedKore-designed 4-bar setup. Brembo brakes, with 6-piston front and 4-piston rear calipers, provide the stopping power. The car rolls on Michelin Pilot Sport 4S tires, with HRE S201 wheels.

Hart certainly appreciates his restomodded Mopar muscle cars. Let's hope this one enjoys a better fate than his totaled '70 Cuda.