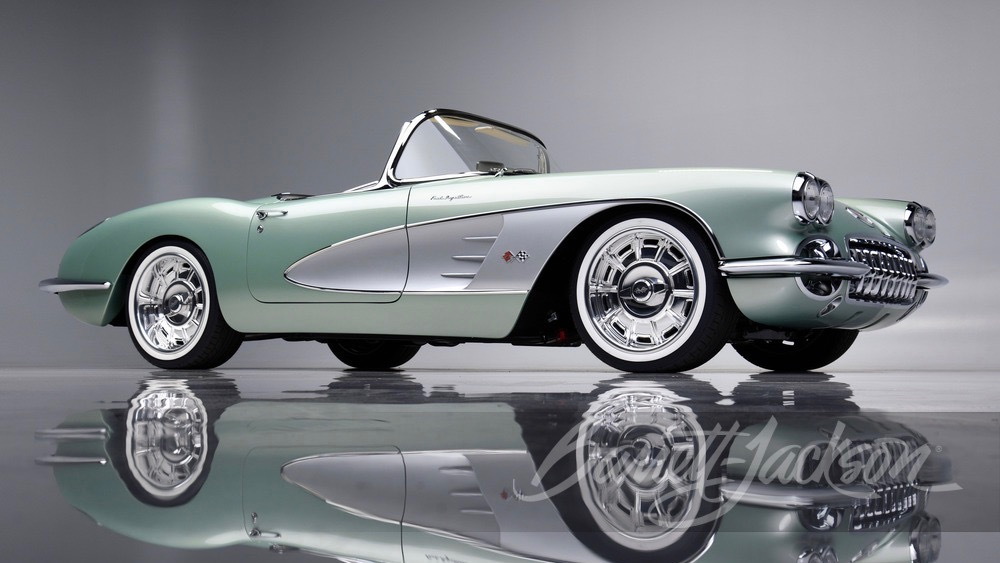 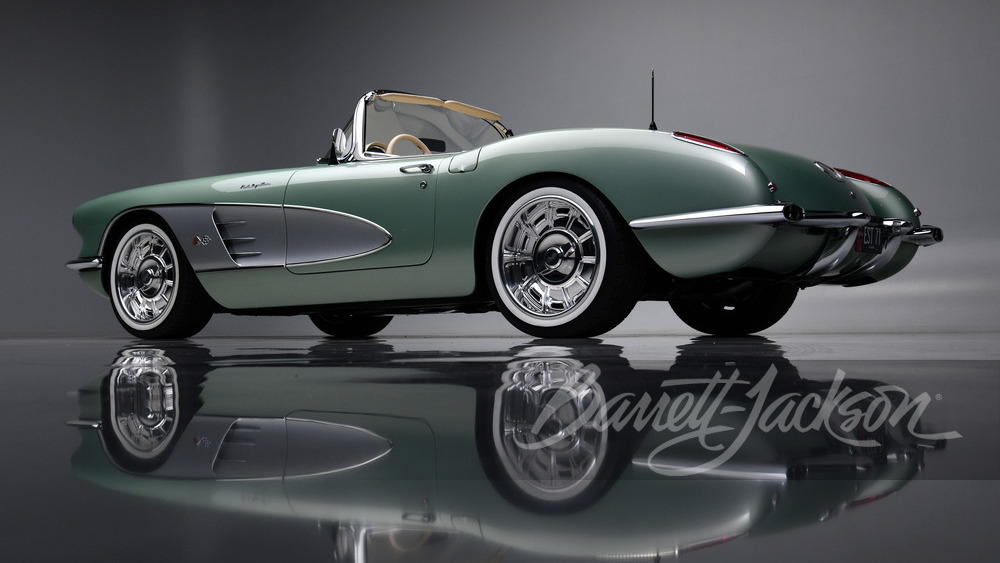 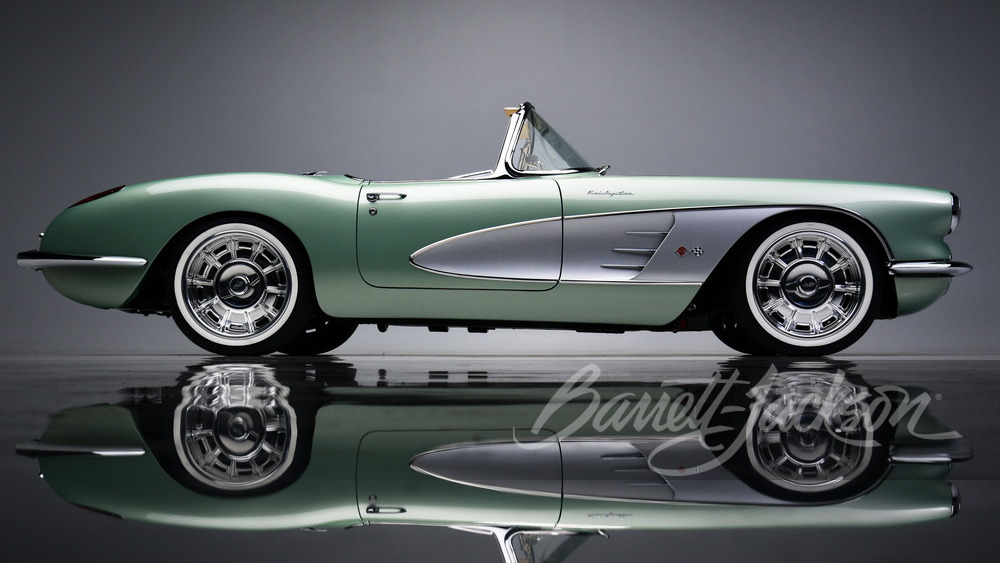 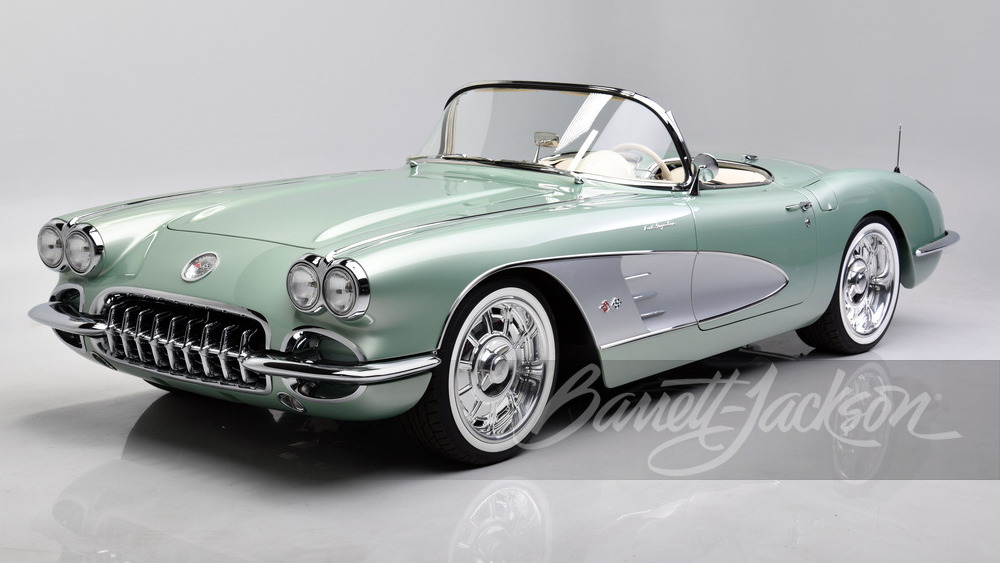 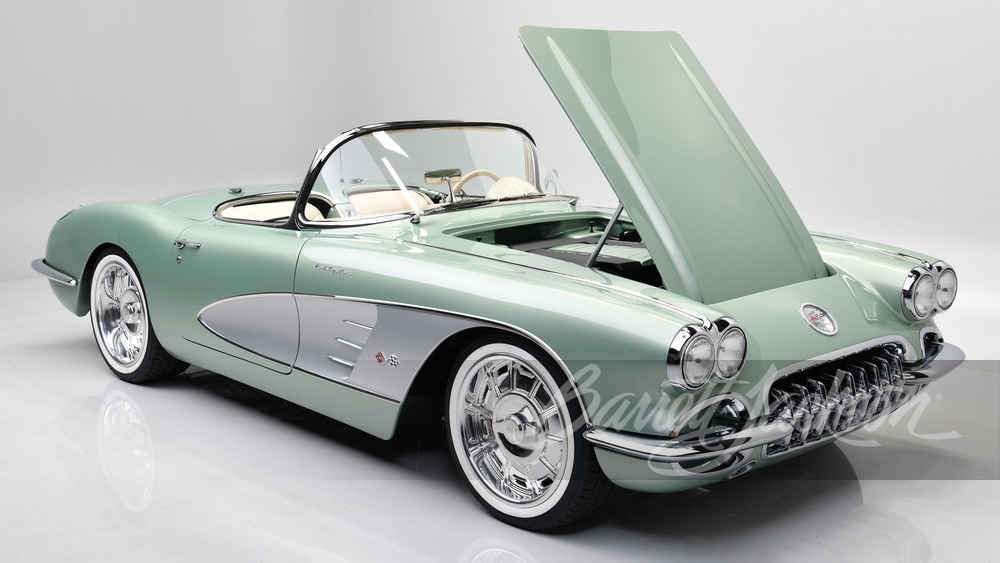 Comedian Kevin Hart is a fan of modified muscle cars, and this week we found out how much he's willing to pay to indulge that passion. At the Barrett-Jackson auction in Scottsdale, Arizona, late last month, Hart drove away with a 1959 Chevrolet Corvette restomod, paying $825,000 for the privilege.

The winning bid was added to the auction listing on Barrett-Jackson's website, while the auction house confirmed that Hart was the buyer in a separate Facebook post. The listing describes the car as a Pro Touring build, meaning it has a long list of modern upgrades to improve all-around performance.

Under the hood sits an LT1 6.2-liter V-8 from a C7 Corvette Stingray, producing 460 hp and 465 lb-ft of torque. The engine drives the rear wheels through a 4L75E 4-speed automatic transmission.

The Corvette rides on custom EVOD wheels with a modern size and a retro look, which continues with whitewall Nitto tires.

The interior features Dakota Digital gauges, LED lighting, and a modern audio system made to look like a 1959 Wonder Bar system, but with subwoofers and Bluetooth connectivity.

This Corvette won't be the only restomod in Hart's garage. He recently took delivery of a 1970 Dodge Charger from Wisconsin's SpeedKore Performance Group. That car sports a carbon-fiber body and Hellephant V-8, so it's even more hard core than this beautiful Corvette.