If you’re a fan of modern-day Dodge Chargers and Challengers, then you probably love how Dodge has dug into its bin of history and offered a select number of hues from the past: Plum Crazy, Go Mango, Hemi Orange, Sublime, Green Go, B5 Blue and F8 Green. Most have puny names that may elicit a guffaw or snicker, but the latter two appear awkward — what’s the deal?

It all has to do with the way Chrysler Corporation coded colors starting in 1969. Prior to the 1969 model year, Chrysler had a particular methodology to signify a car’s assembly-line build using a broadcast sheet (aka “build sheet”) and fender tag (aka “data plate”); beginning in 1969, Chrysler started using a different coding system that in most cases used three characters using letters and numbers. To a layperson, this system is much easier to understand.

Note how they’re grouped by position (longitudinal or rear) and material (decal or paint). And when it comes to colors, you can see X is black, W is white, B is blue, Y is yellow (or gold). There are other color codes, such as A for silver, F for green, K for orange, E for red, J for bright green, T for tan, L for beige and Q for turquoise, among others. 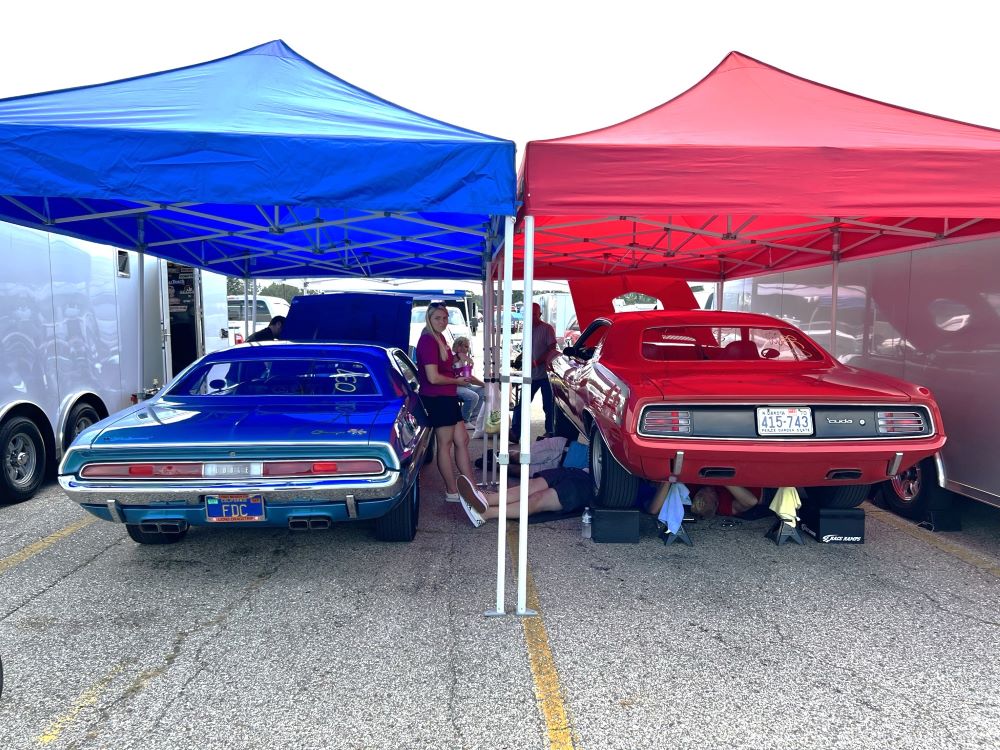 Now that you understand color codes, what about the numbers in B5 and F8? They signify the lightness or darkness of a particular color, with 9 being dark and 1 being light. Knowing what you know now, you can infer that B5 is a medium blue, while F8 is a dark green. In 1970, there also was a lighter B3 and darker B7, as well as a lighter F4.

Ready for me to complicate things a bit? Perhaps you have seen colors with three characters — for example, for the 1970 model year, Chrysler added an extra character in front of color codes. What previously was B5 or F8 was now known as EB5 or EF8. What did that E stand for? The year the color was introduced. E stood for 1969, F was 1970 and G was 1971. It’s worth noting that the B5 formula was adjusted slightly for 1971 and, therefore, the medium blue starting then was coded GB5 and, in 1974, KB5. Older colors like L1 (beige) became BL1, with the B signifying 1966 as its origin year; Y3 (cream) became DY3 to signify a 1968 debut.

So, finally, what’s so special about B5 and F8 for Dodge to single them out by code rather than name? B5 was Bright Blue (Dodge) or Blue Fire (Plymouth) and a very popular color. F8 was Dark Green or Ivy Green, respectively, and also was quite popular. Collectors of classic Mopars often refer to certain colors by their codes, so Dodge’s marketing department seized upon that cultural point for the modern era. Both colors haven’t aged a bit and look great on late-model Mopars, but now you know from where those weird color names came.

This article, written by Diego Rosenberg, was originally published on ClassicCars.com, an editorial partner of Motor Authority.