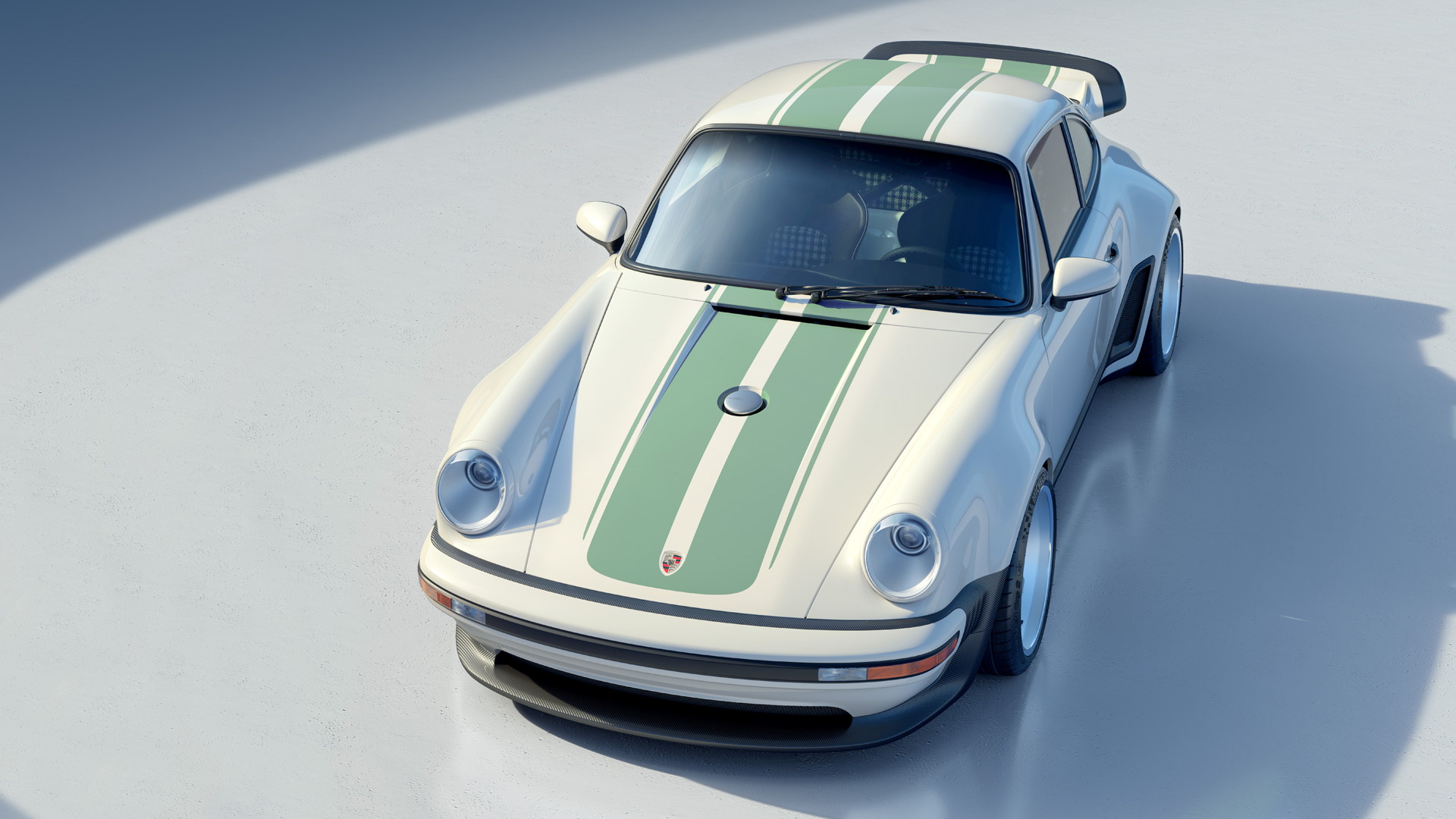 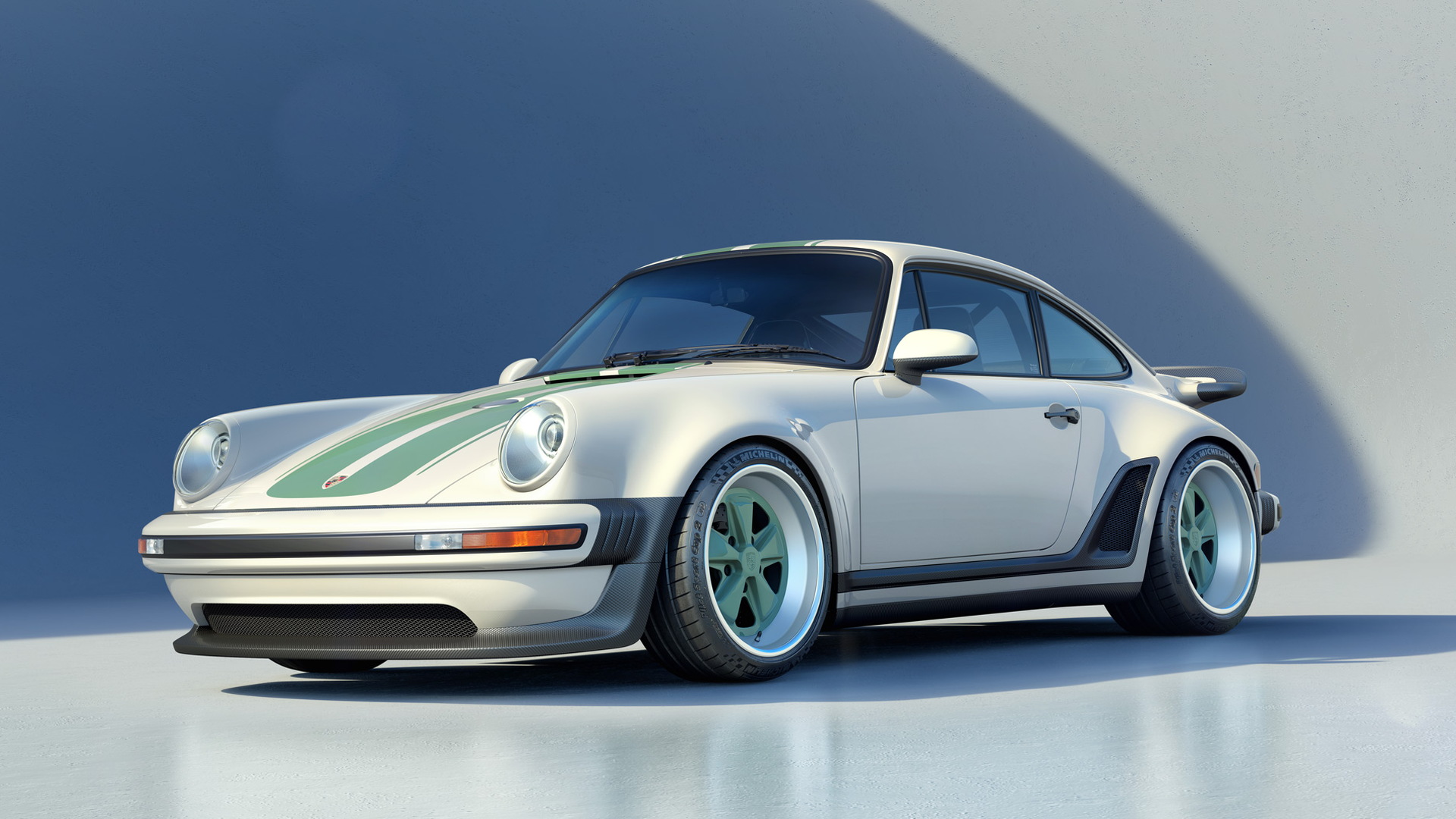 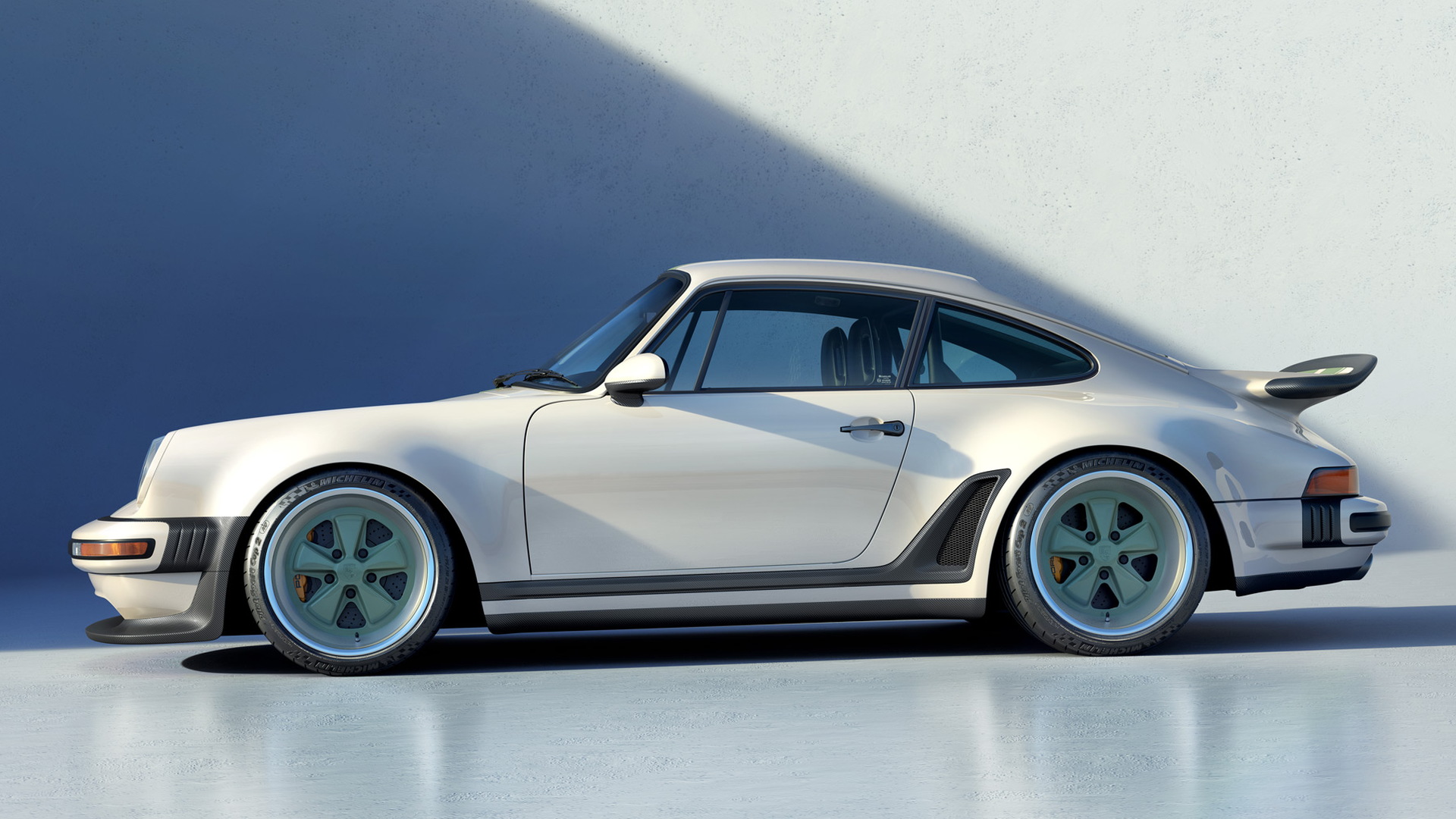 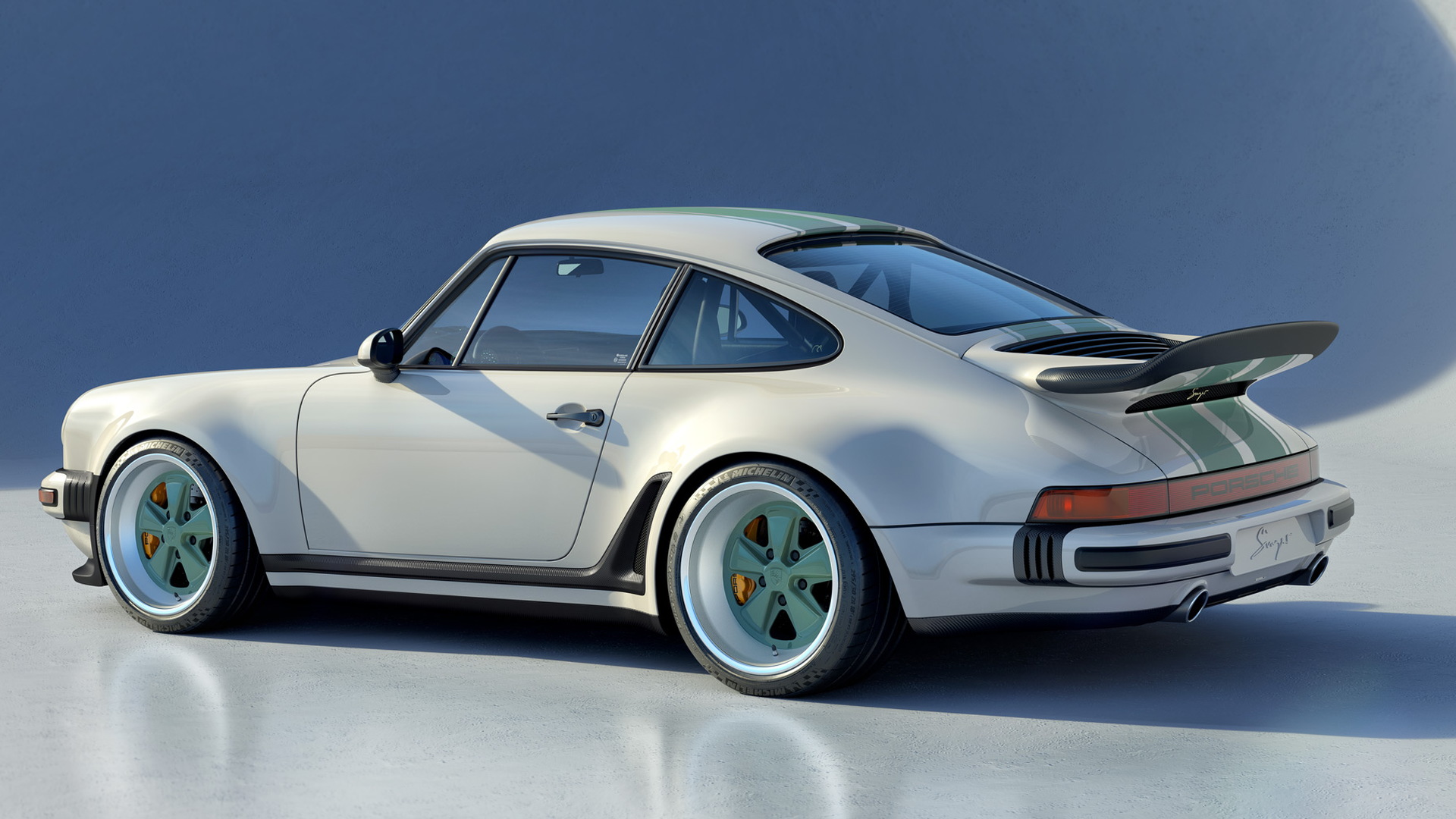 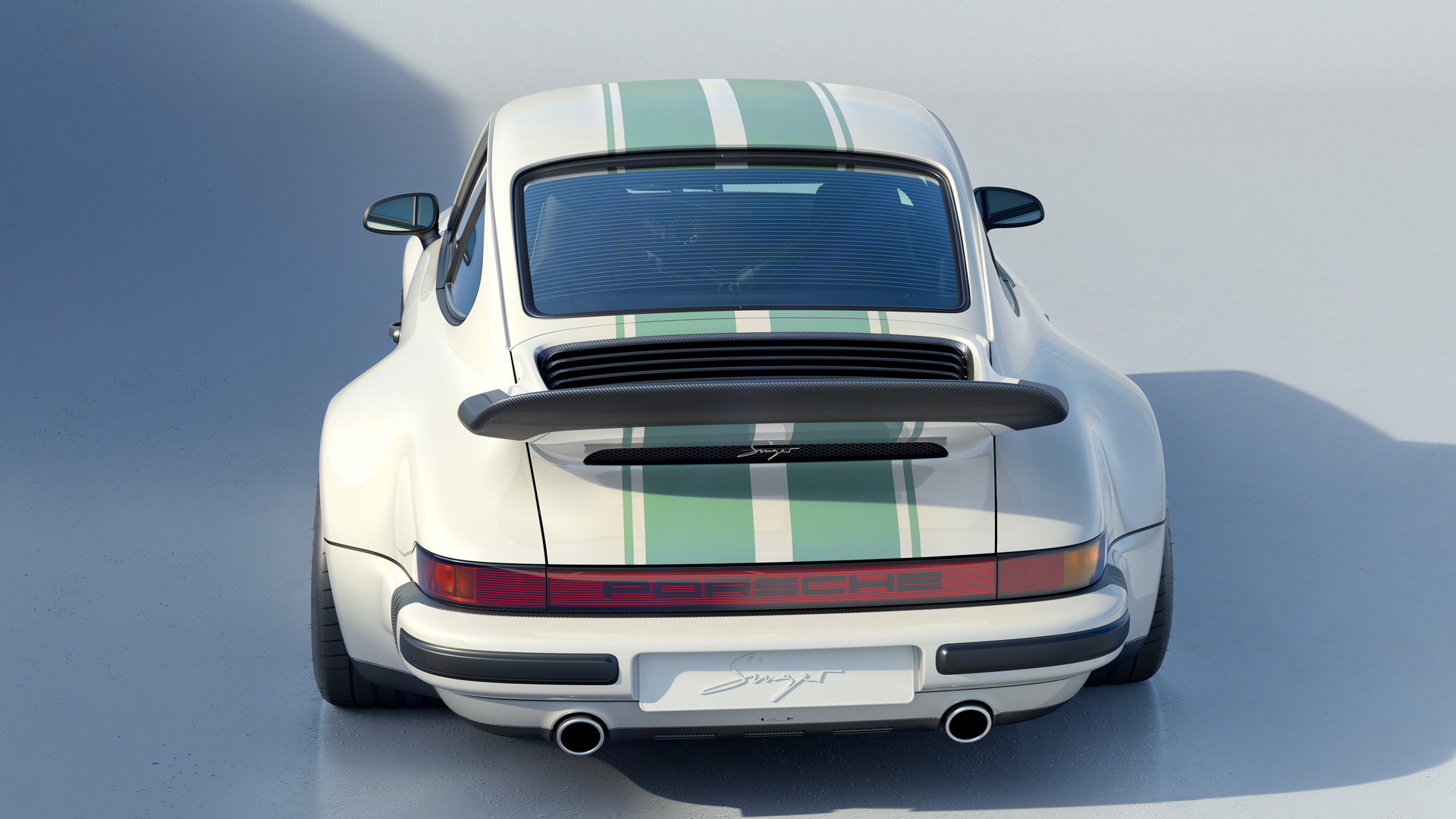 Now Singer has revealed one of the first customer examples, a car which the company describes as featuring added sports focus.

Like other Singer builds, the Turbo Study is based on the 964-generation 911 built from 1989 to 1994, but with backdated styling (notice the wide body and whale tail rear spoiler?) and numerous mechanical upgrades.

The engine is a 3.8-liter twin-turbocharged flat-6 that's air cooled but also features an air-to-water intercooler. In keeping with the car's sports focus, power has been increased to 510 hp from the 450 hp of the standard Turbo Study.

Other special touches requested by the customer include a center-mounted fuel filler, lowered suspension, carbon-ceramic brake rotors, and carbon-fiber bucket seats. A rear cross brace was also added. Like all Turbo Study models, the body is made from carbon fiber.

The color combination here consists of Turbo Racing White for the exterior, accented with a green stripe, plus an interior lined with a bespoke houndstooth pattern also accented with green.

Singer will present the car at the 2022 Goodwood Festival of Speed which runs in the U.K. from June 23-26. For more coverage on the event, head to our dedicated hub.