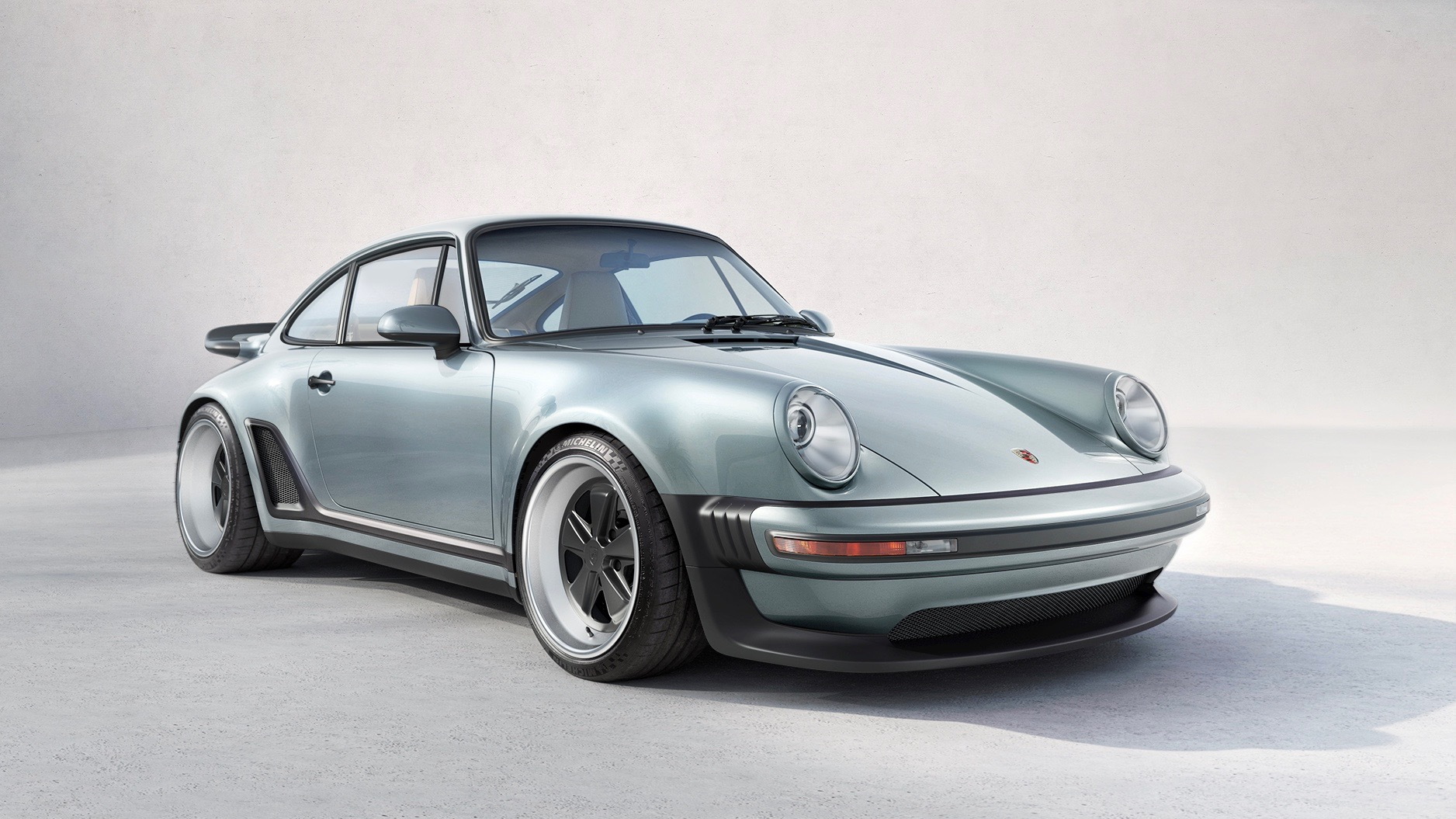 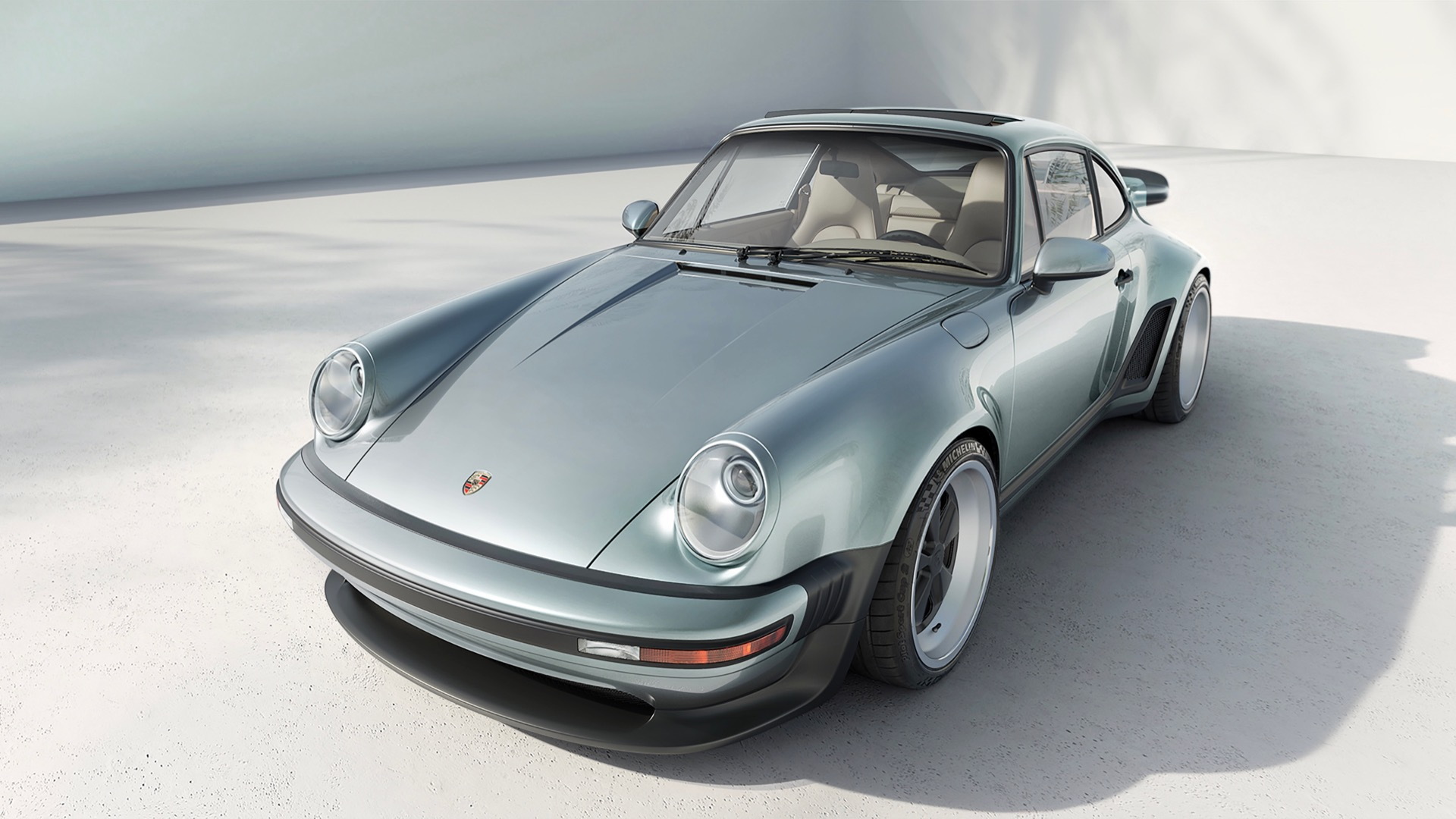 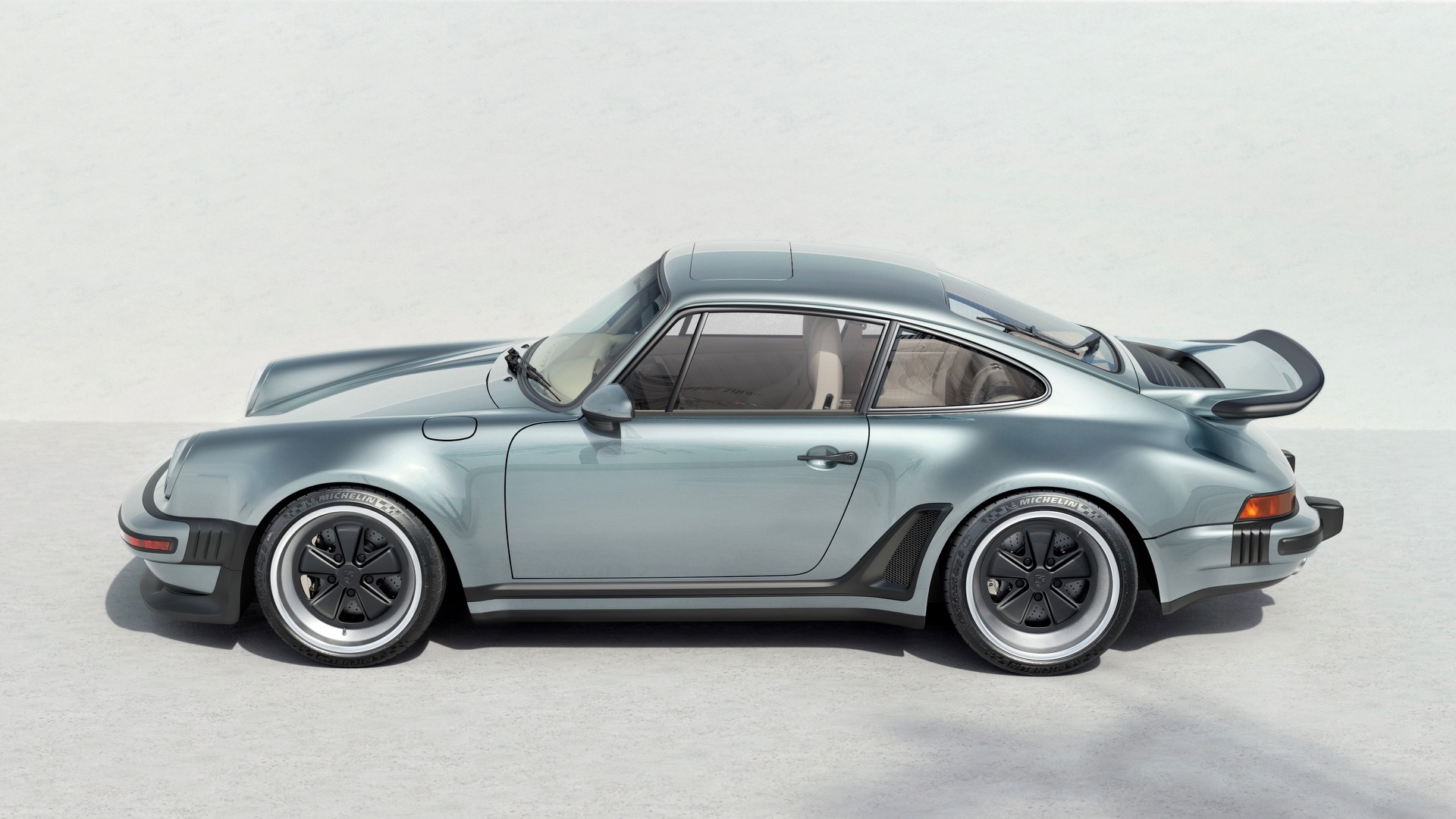 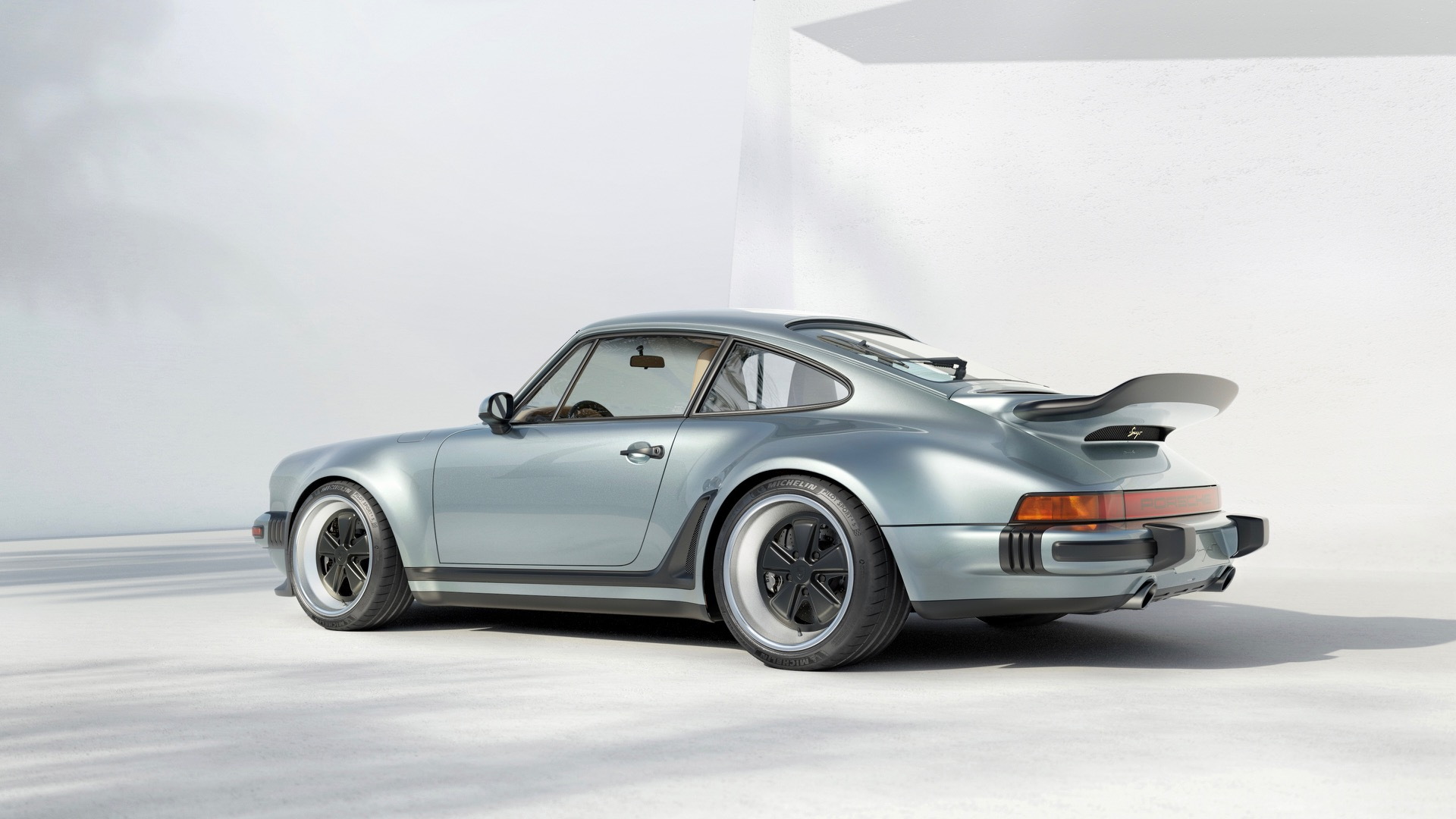 Singer on Wednesday unveiled the Turbo Study, a reworked Porsche 911 inspired by the 930 Turbo built from 1975 to 1989, which was the company's first experiment with forced induction. The Turbo Study is scheduled to make its public debut at the Goodwood Festival of Speed this June.

In a press release, the company called the Turbo Study its "third act," following the original Singer-tuned 911 (now dubbed Classic Study), and the Dynamics and Lightweighting Study (DLS), which incorporated Formula One knowledge from Williams Advanced Engineering.

Like other Singer builds, the Turbo Study is based on the 964-generation 911 built from 1989 to 1994, but with backdated styling and numerous mechanical upgrades. In this case, Singer replicated the 930 Turbo's wide body, "whale tail" rear spoiler, and black trim, with carbon-fiber bodywork to reduce weight. The "shark fin" on the rear fenders was also reconfigured as an air intake.

Underneath that massive spoiler sits a 3.8-liter twin-turbocharged flat-6 producing a default 450 hp (owners can specify more power if they like), and coupled to a 6-speed manual transmission. The turbos have electric wastegates and air-to-water intercoolers mounted inside the intake plenums. In response to customer requests, both rear-wheel drive and all-wheel drive will be offered, Singer said.

The Turbo Study also gets bespoke brakes (including available carbon-ceramic rotors), ABS, and traction control. Because the Turbo Study is aimed more at long-distance touring than other Singer builds, heated power-adjustable seats, air conditioning, and cruise control will also be offered.

Singer won't discuss pricing, only saying that prices vary depending on how individual customers spec their cars. The company said more than 70 customers have reserved cars so far.