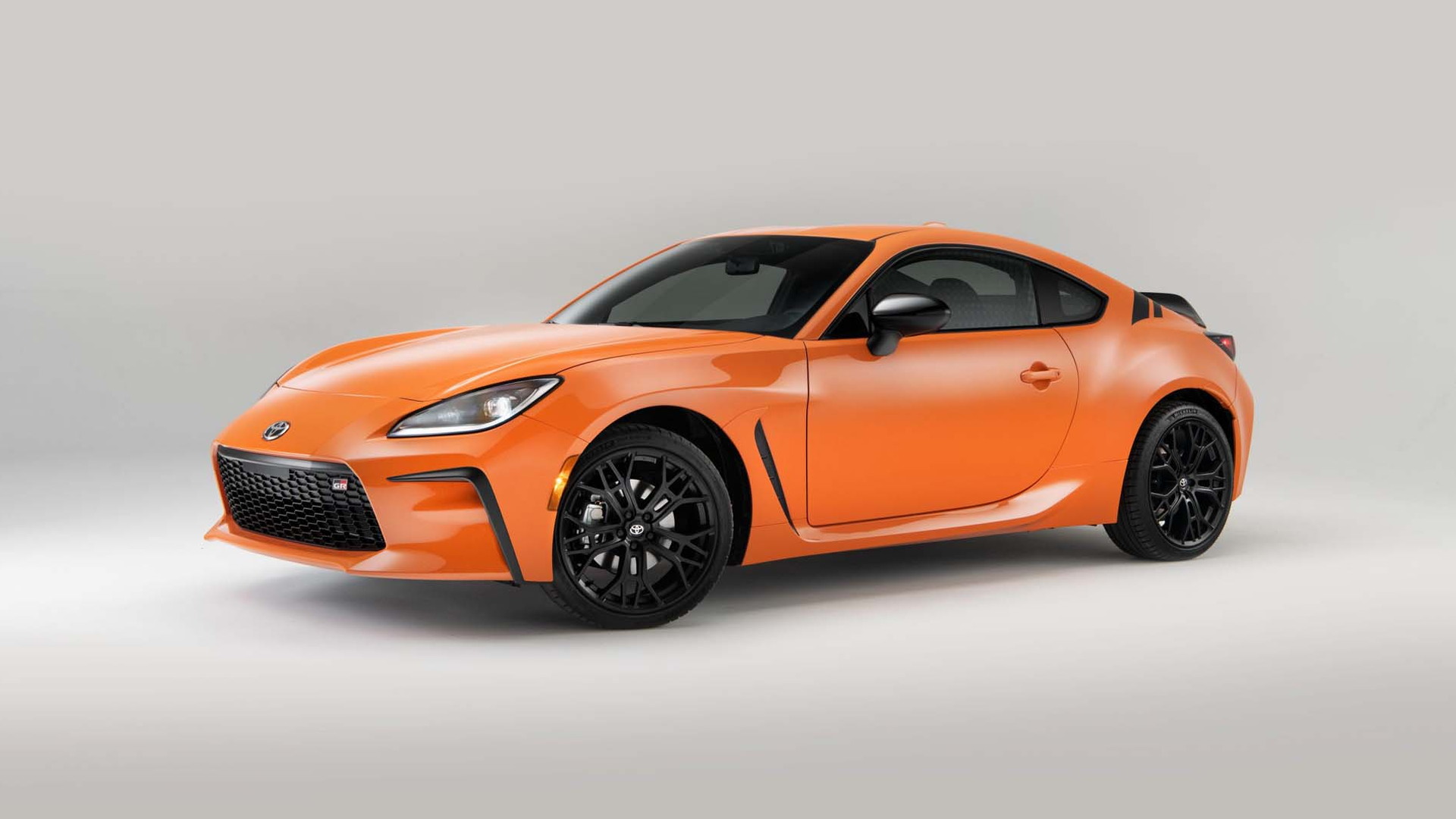 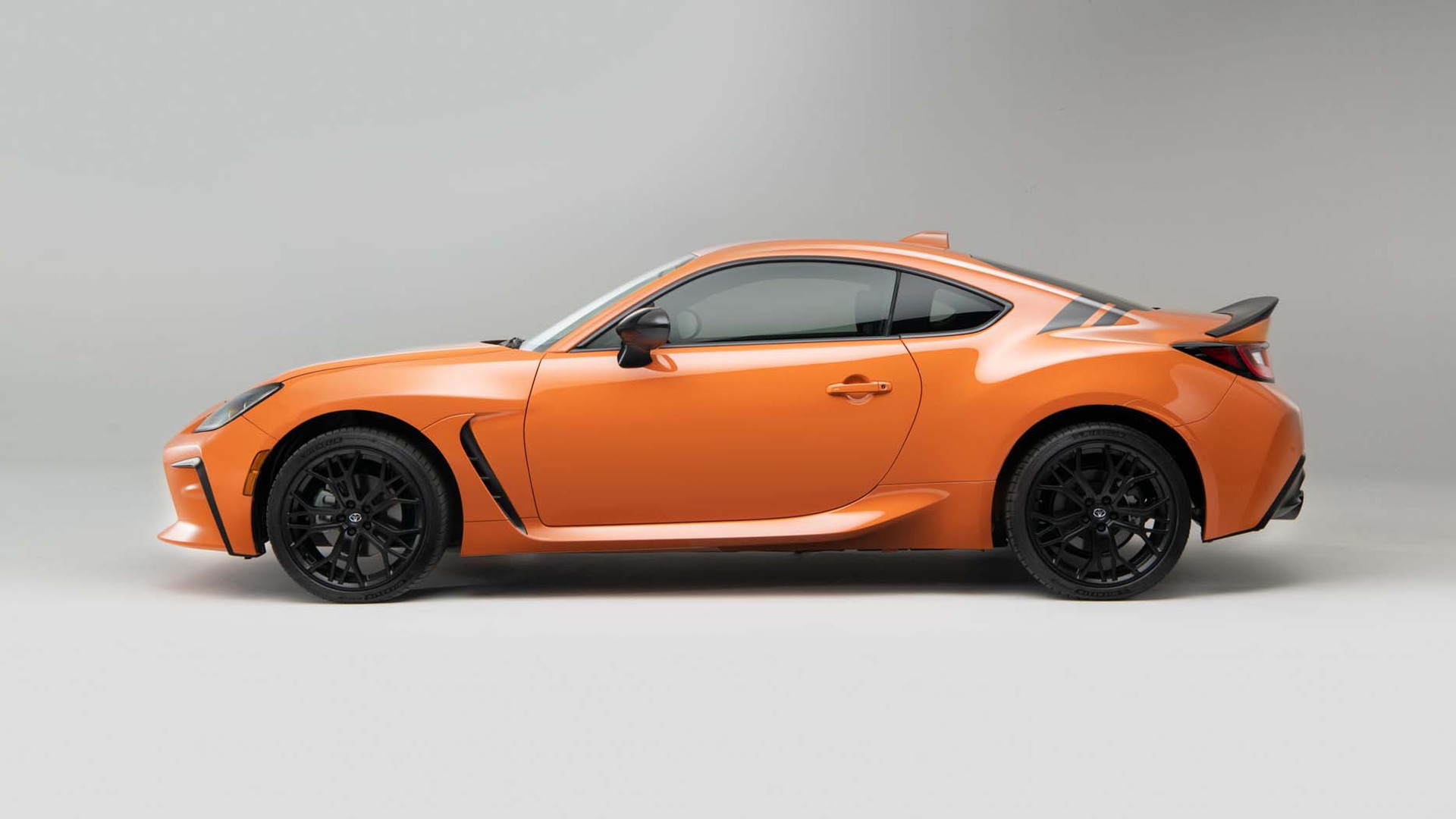 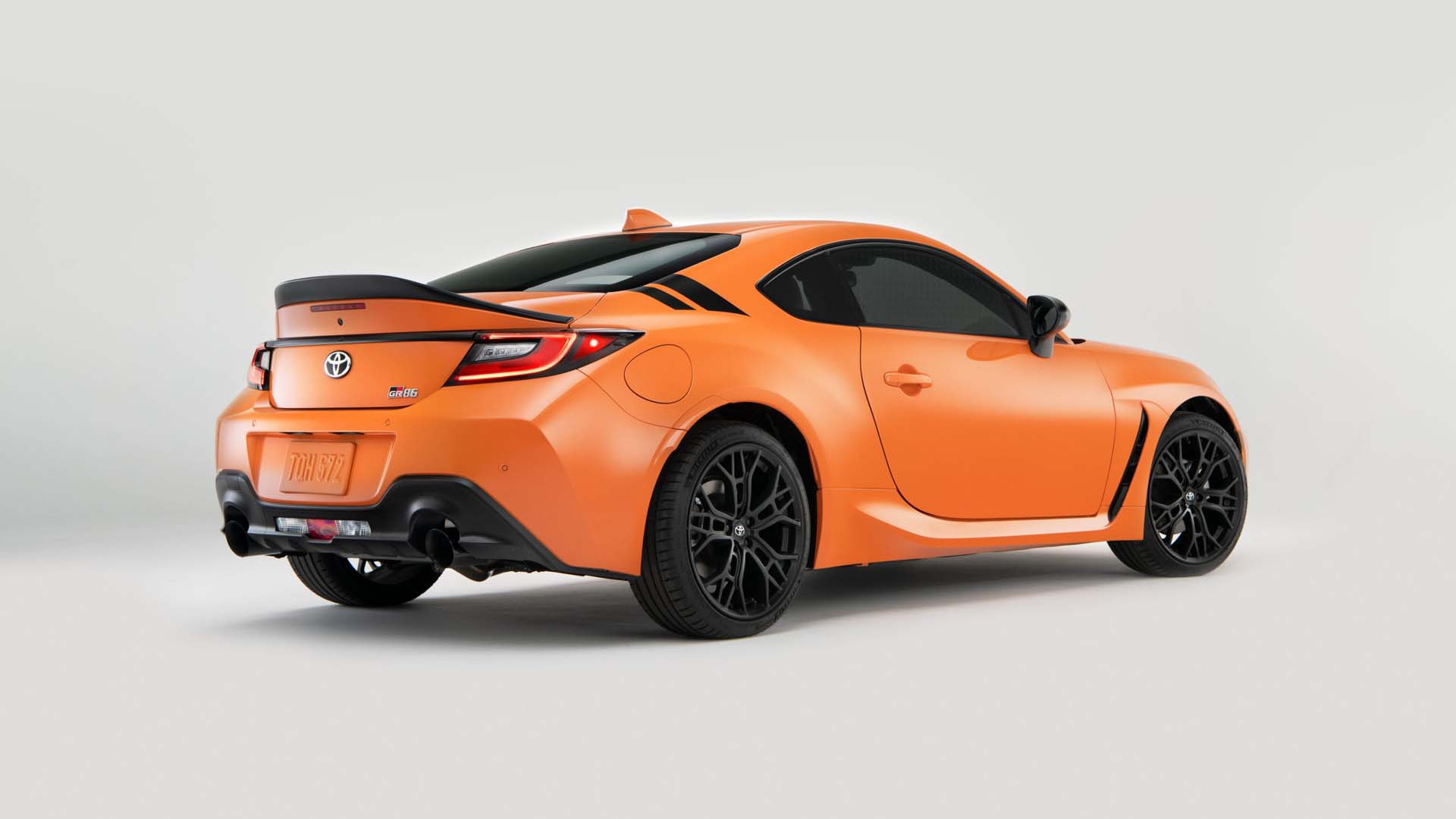 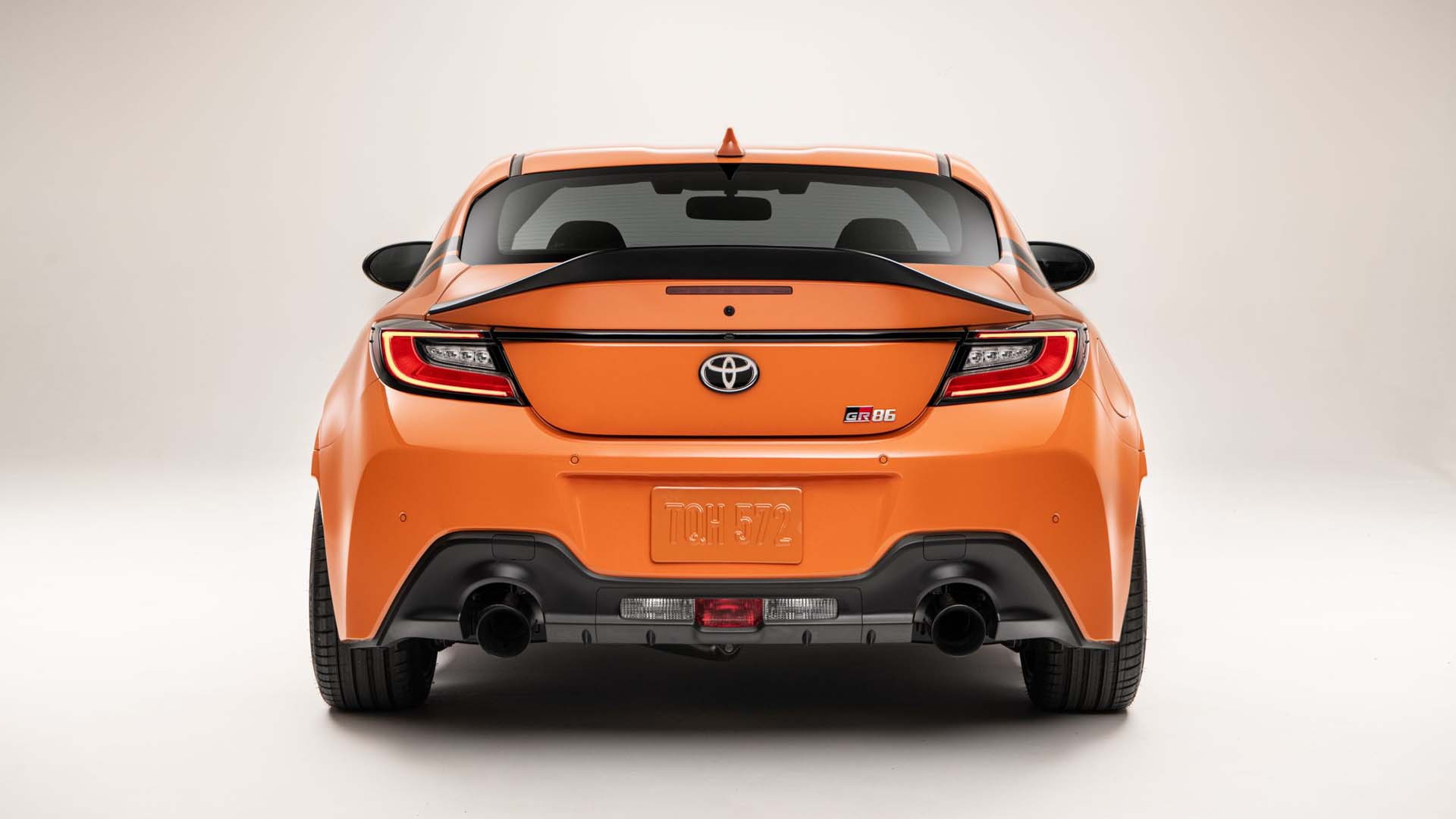 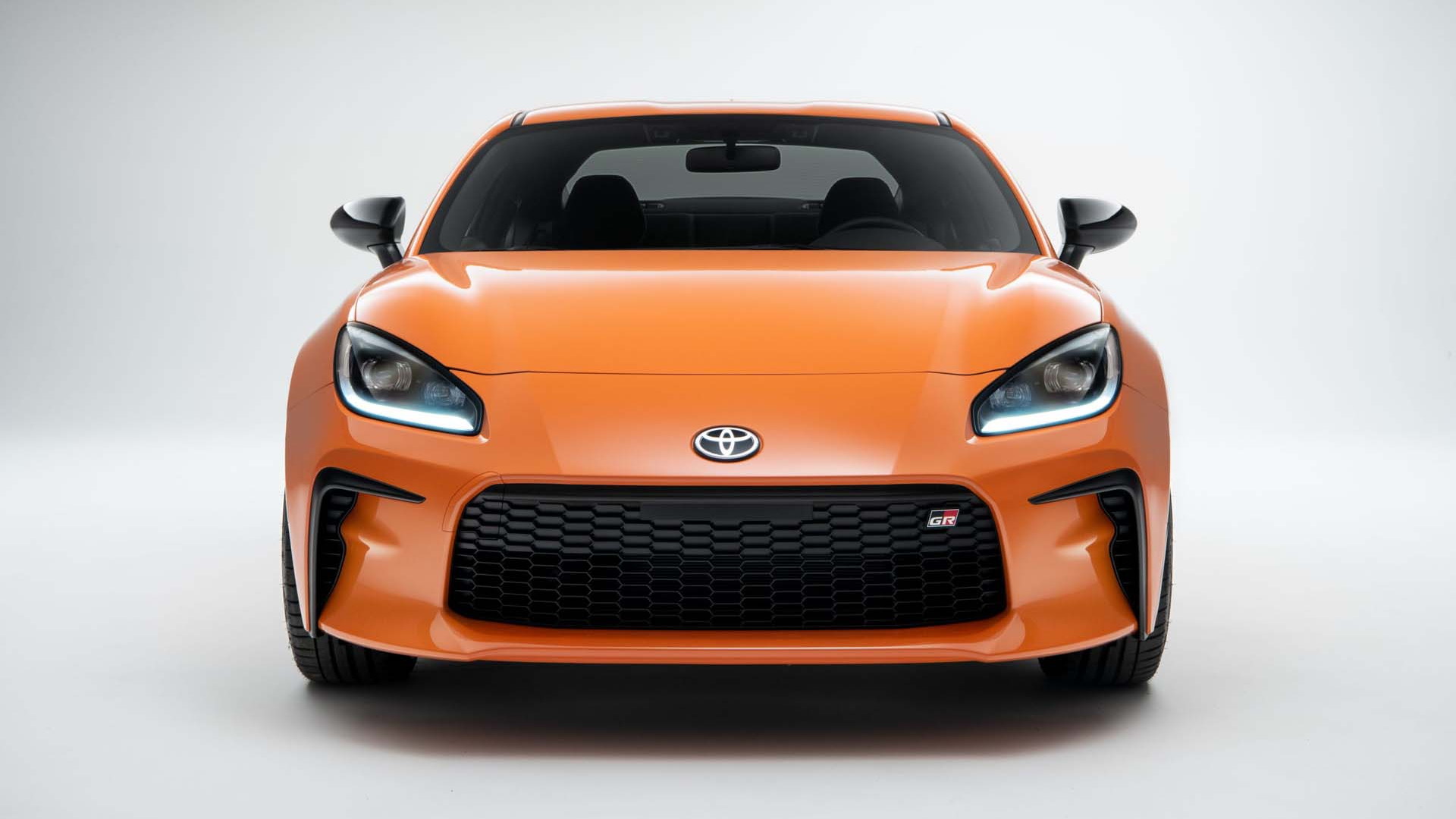 The 2023 Toyota 86 gains a new Special Edition variant for the new model year. Production will be limited to just 860 units.

Based on the 86 Premium trim level, the Special Edition's defining feature is model-exclusive Solar Shift orange paint. It also gets a cat-back exhaust system and matte black 18-inch wheels.

No changes were made under the hood, so the Special Edition uses the same 2.4-liter boxer-4 was other 86 models. The engine produces 228 hp and 184 lb-ft of torque, and can be coupled to 6-speed manual or automatic transmissions. Toyota quotes 0-60 mph times of 6.1 seconds with the manual and 6.6 seconds with the automatic. 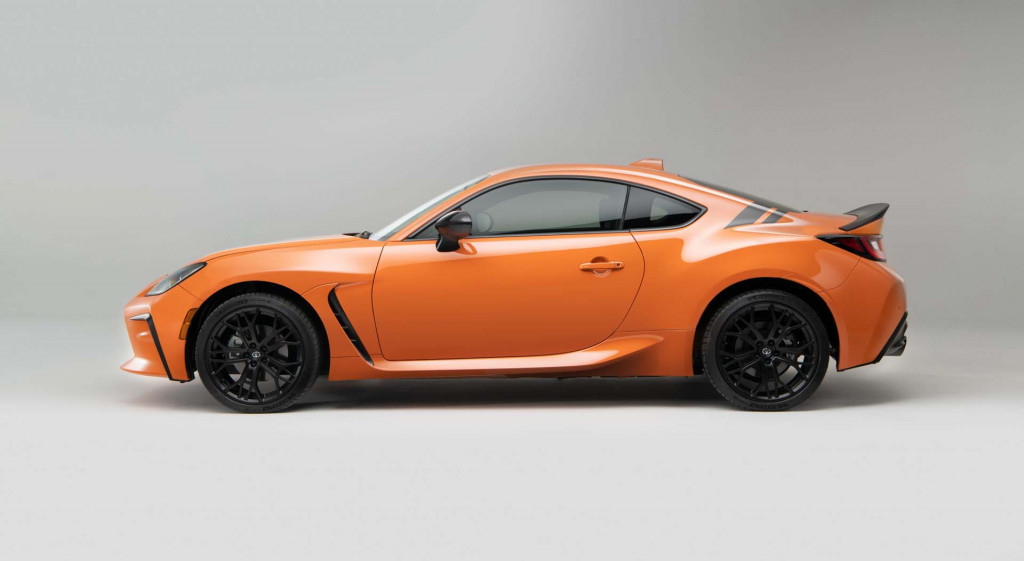 The 86 debuted for the 2022 model year as the second generation of Toyota's sports-car twin to the Subaru BRZ. Toyota added the "GR" prefix to what was previously the 86 (and the Scion FR-S before that) to align the small sports car with the Supra and other vehicles in its Gazoo Racing performance lineup. In North America, that lineup expands for 2023 with the addition of the GR Corolla.

The 86 Special Edition will be sold alongside the existing base and Premium trim levels. For 2023, all 86 models get wireless Apple CarPlay and Android Auto in place of the 2022 models' wired versions. As before, every 86 purchase comes with a complimentary 1-year membership in the National Auto Sport Association (NASA), including one free NASA High Performance Driving Event (HPDE).

The 2023 Toyota 86 should arrive in U.S. dealerships later this year. Pricing will be announced closer to the launch date.