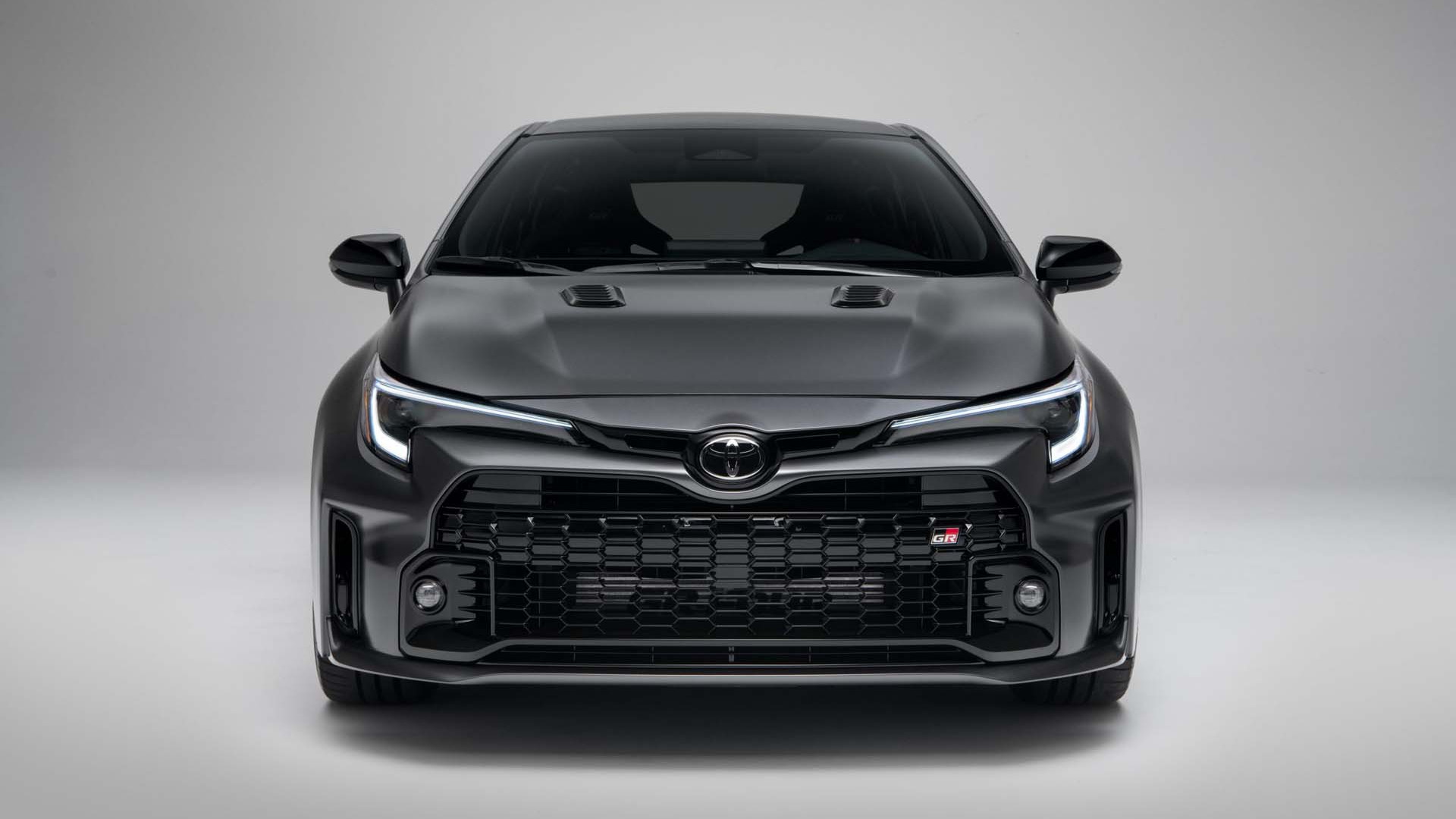 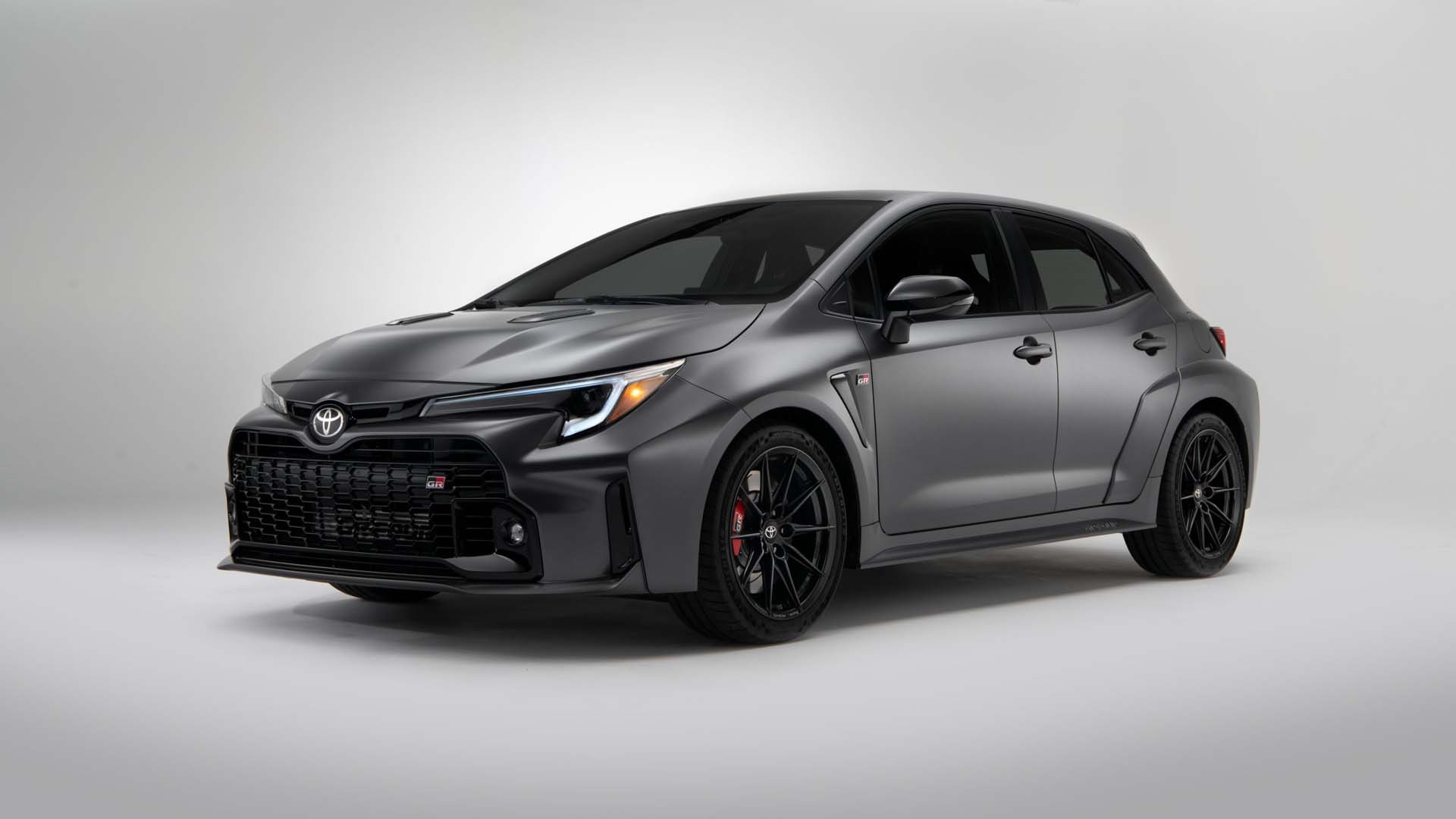 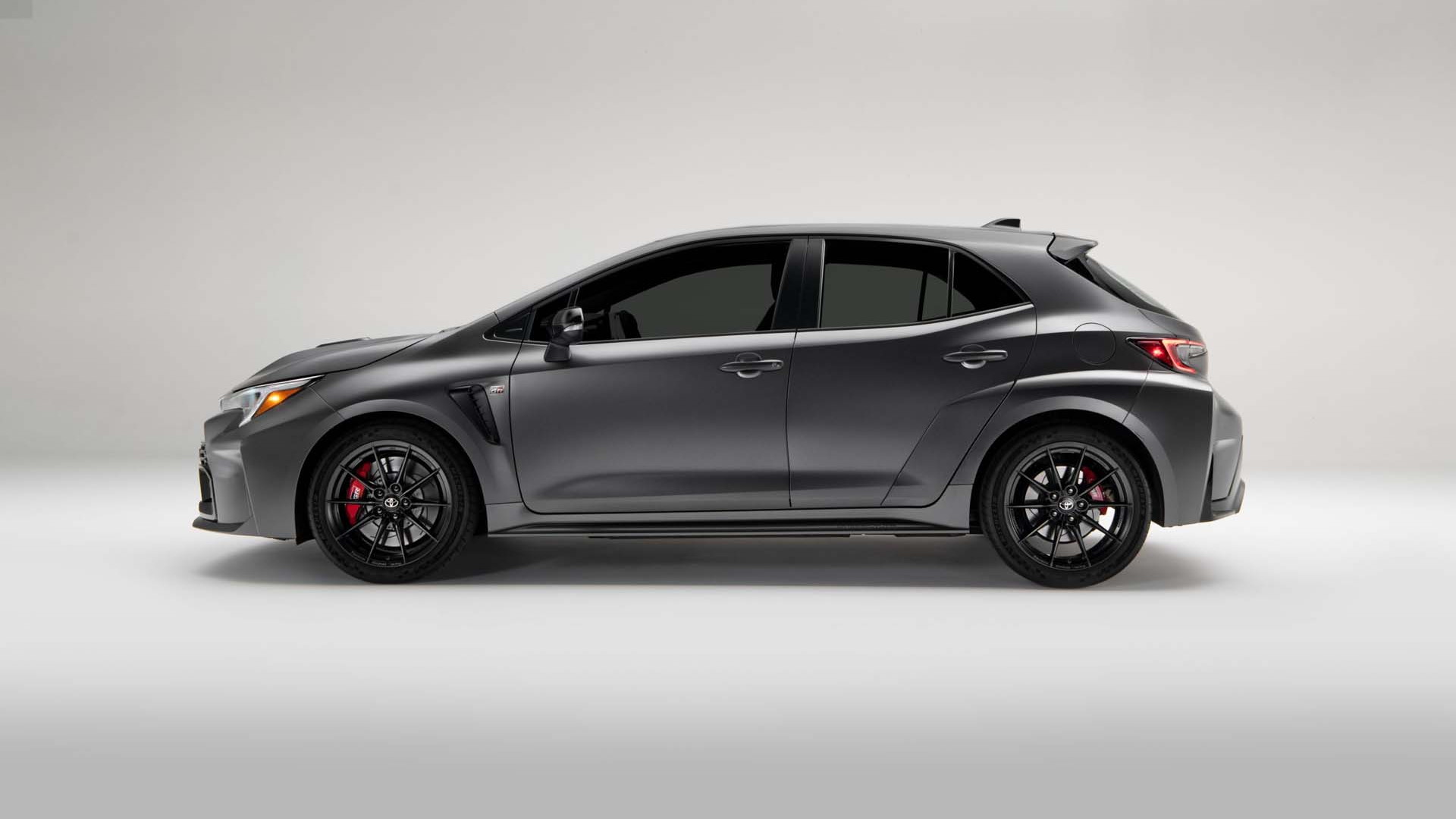 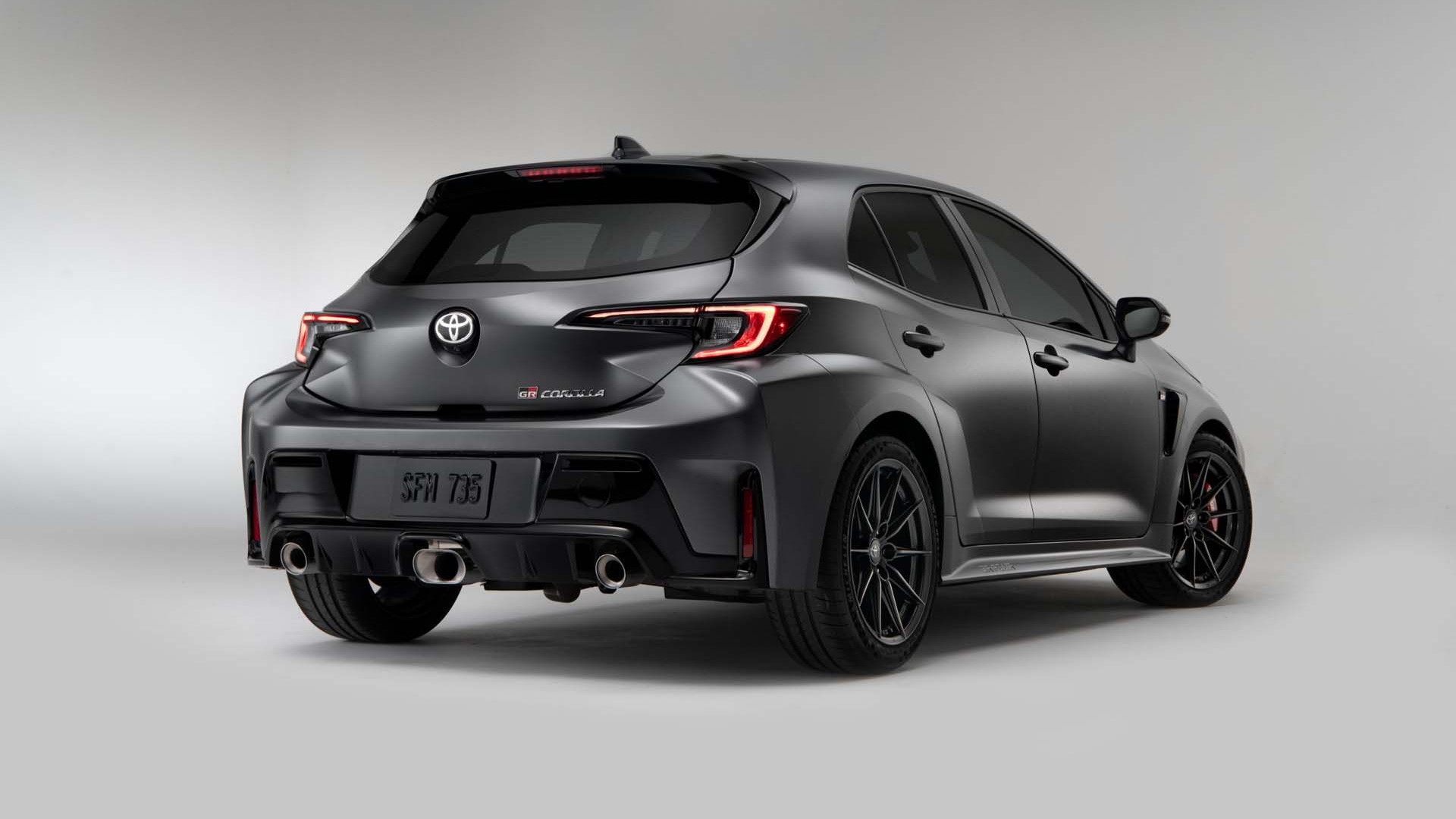 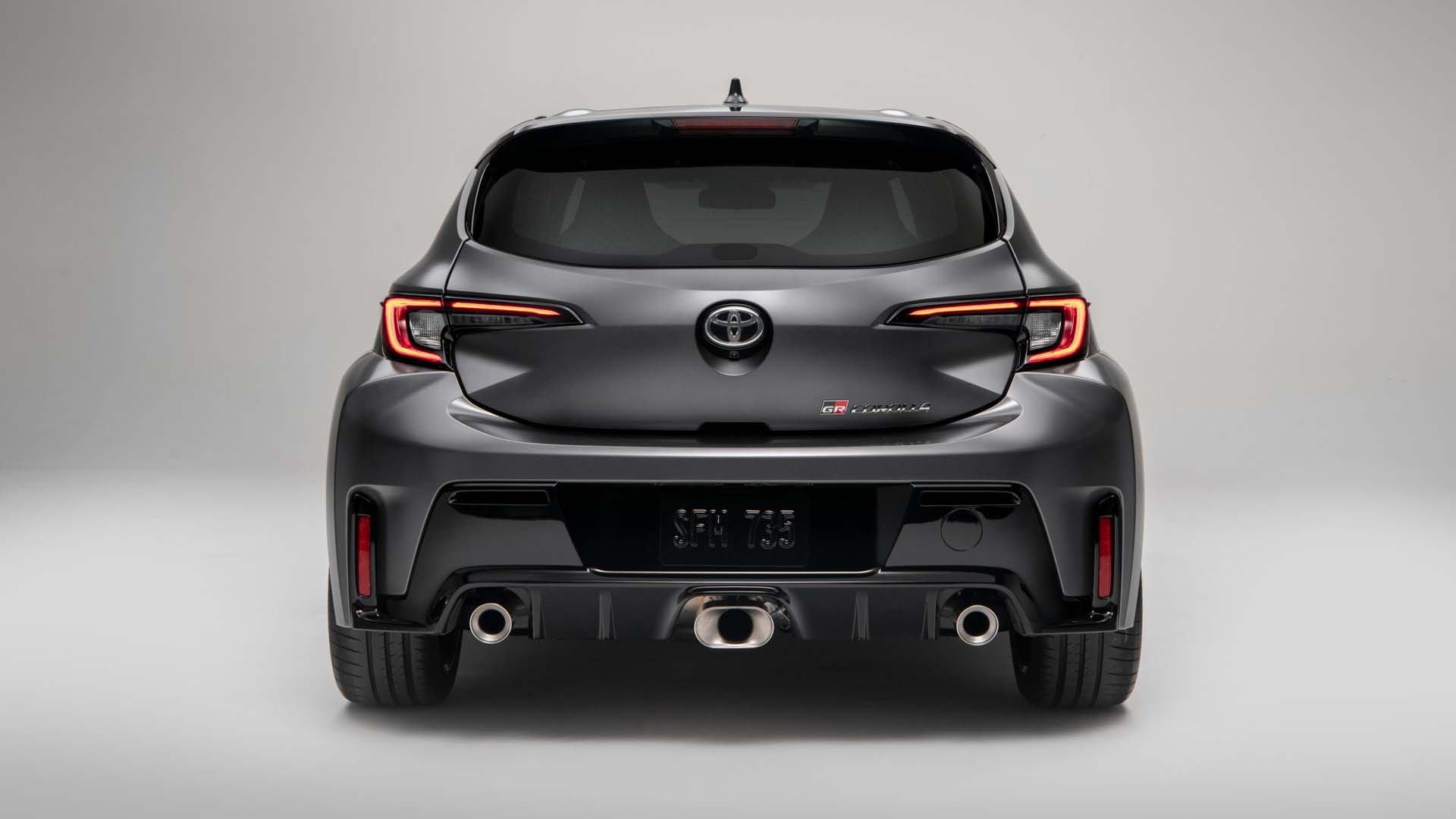 Toyota has turned up the wick on its Corolla with the new GR Corolla hot hatch introduced for 2023, and for a few lucky buyers—200 to be exact—there will be extra spicy GR Corolla Morizo Edition featuring the specification of Toyota President Akio Toyoda.

Toyoda, who happens to be be an avid racing fan and the official Master Driver of Toyota's GR performance division, initially used the Morizo name as an alias during dangerous driving events, like racing at the Nürburgring, to avoid criticism and concern both from within and outside the company. He finally started using the name publicly from the 2007 24 Hours of Nürburgring, when he was vice president.

For his ideal GR Corolla, power from the standard car's 1.6-liter turbocharged inline-3 remains unchanged but torque is bumped from 273 lb-ft to a new total of 295. The standard 6-speed manual and all-wheel-drive system also remain, but the transmission has closer ratios and shorter differential gears for improved acceleration across the power band.

The car has also undergone a significant weight-saving program. Engineers managed to remove close to 100 pounds, dropping the curb weight to about 3,186 pounds. This was achieved via the removal of the rear seats, rear door speakers, rear door window controllers, and rear wiper blade and motor. The car was also fitted with a forged carbon-fiber roof and forged wheels.

The 18-inch wheels feature an exclusive matte black finish, as well as a “Toyota Gazoo Racing” script on the rim. And the chosen rubber is a set of Michelin Pilot Sport Cup 2 tires.

For the chassis, the engineers increased rigidity with two additional rear strut braces, 349 additional spot welds, and close to 20 additional feet of structural adhesive compared to the standard Corolla hatch.

There are a few visual tweaks that further set the GR Corolla Morizo Edition apart from the rest of the GR Corolla lineup. These include new front brake ducts, a flat underfloor, and a rear lip spoiler. There's also the matte gray paint finish exclusive to the model, though buyers will also be able to select a lighter hue called Windchill Pearl.

Inside, there's a mix of red and black accents, Ultrasuede trim, and better bolstered seats containing holes for a harness. The missing rear seats have been replaced with a pair of braces that add structural support while leaving ample space to fit four tires for a track day.

The GR Corolla Morizo Edition joins the Core and Circuit Edition models in the 2023 GR Corolla lineup. Pricing information will be announced closer to the market launch next year.