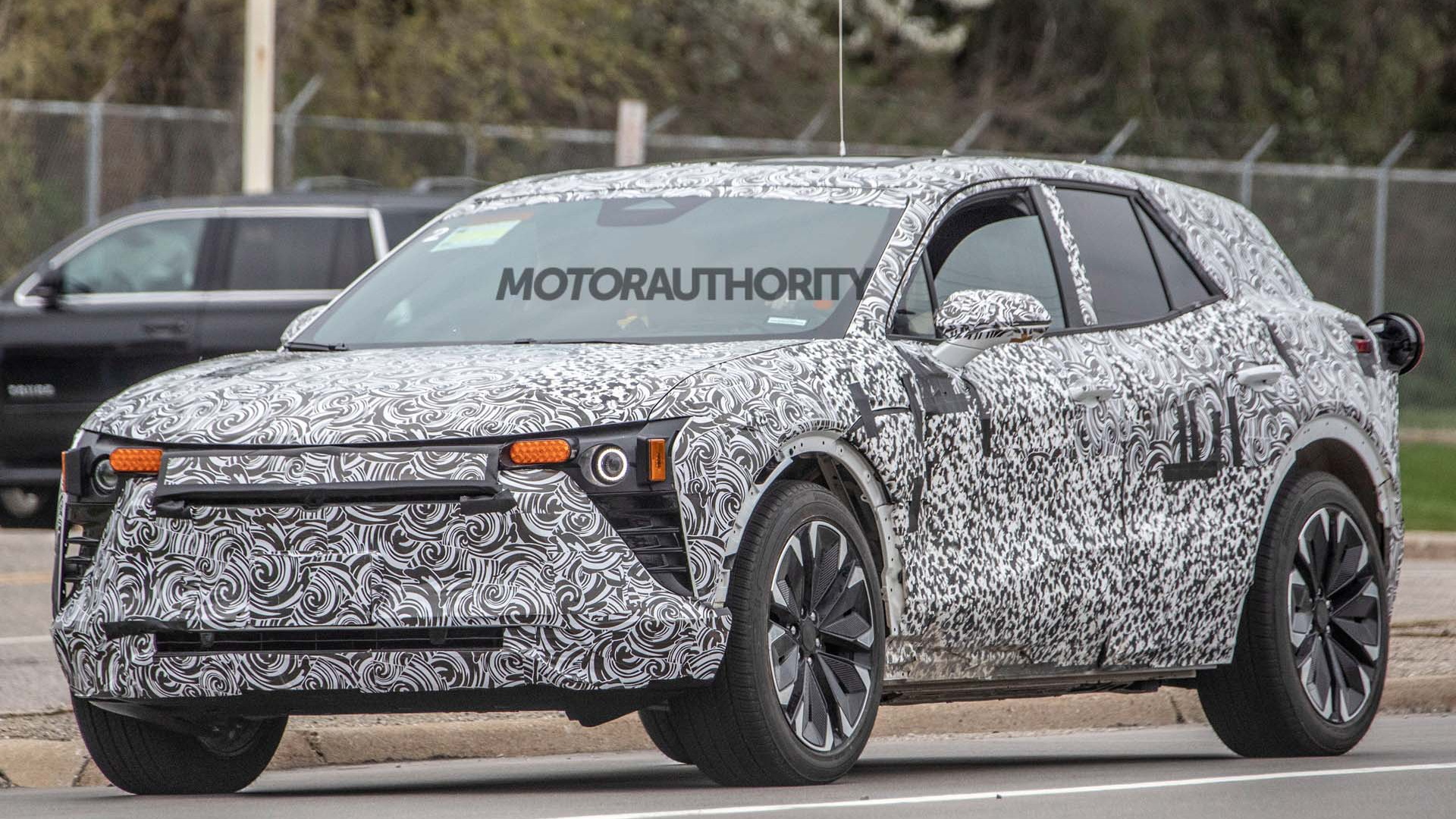 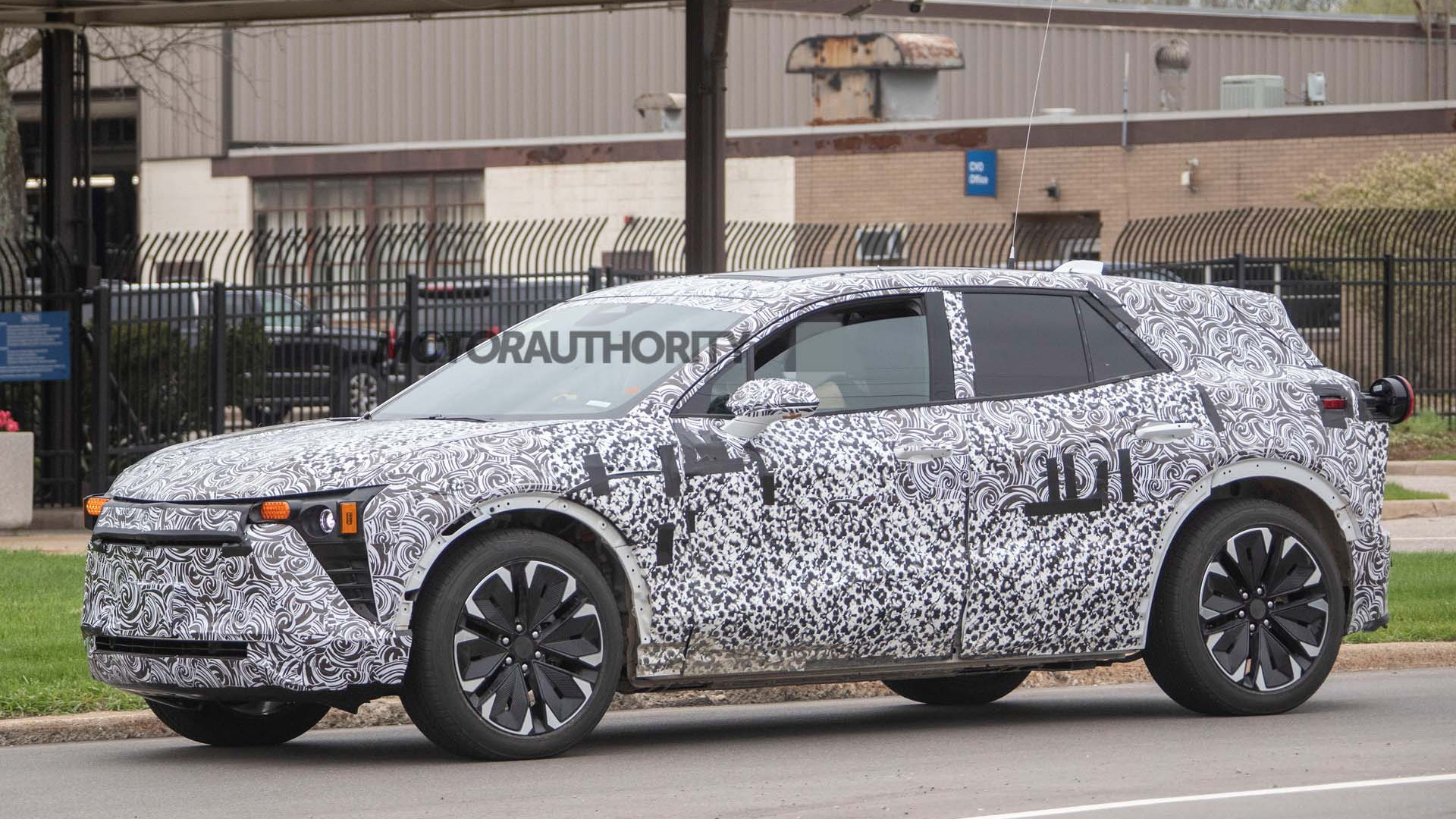 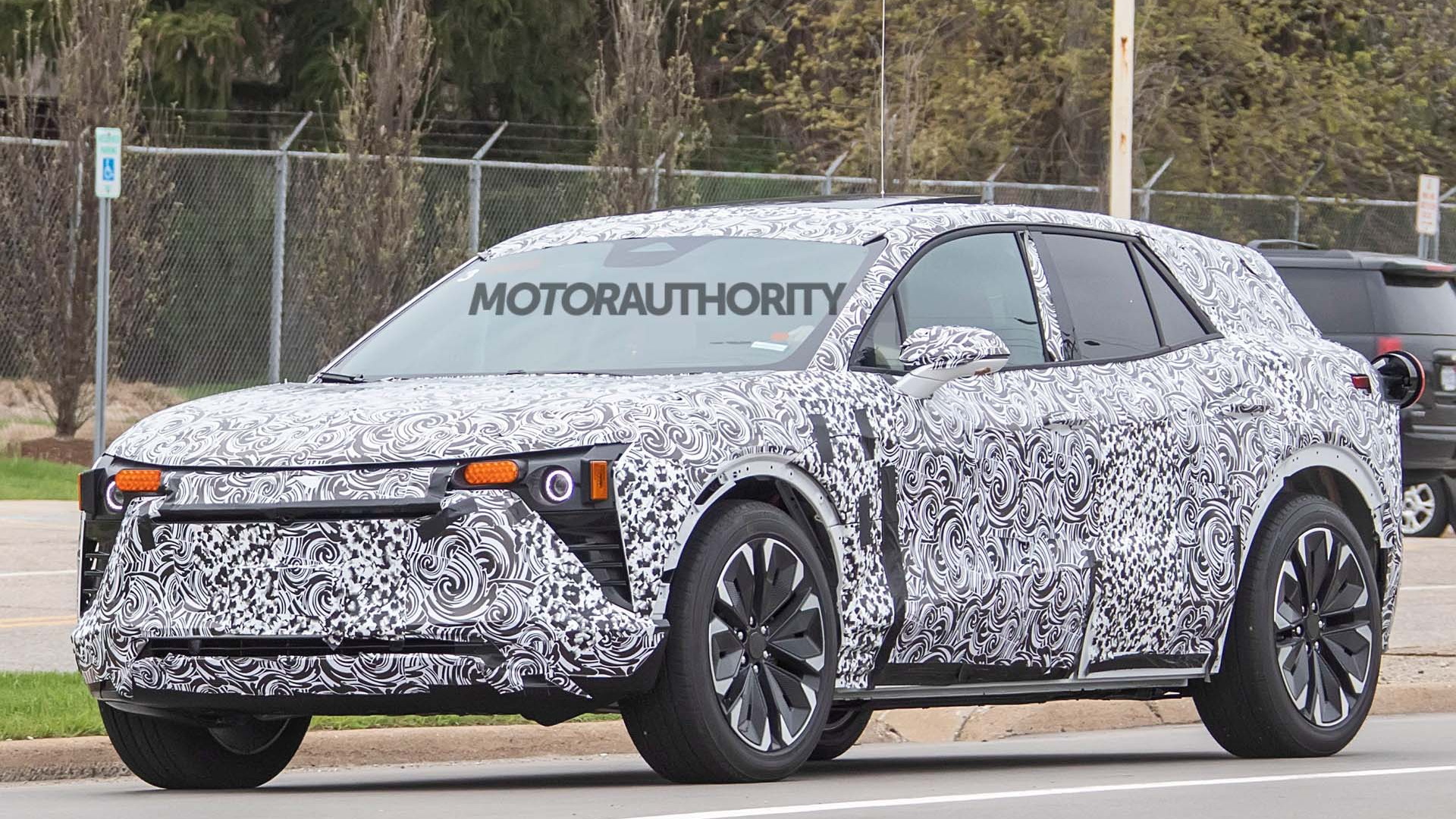 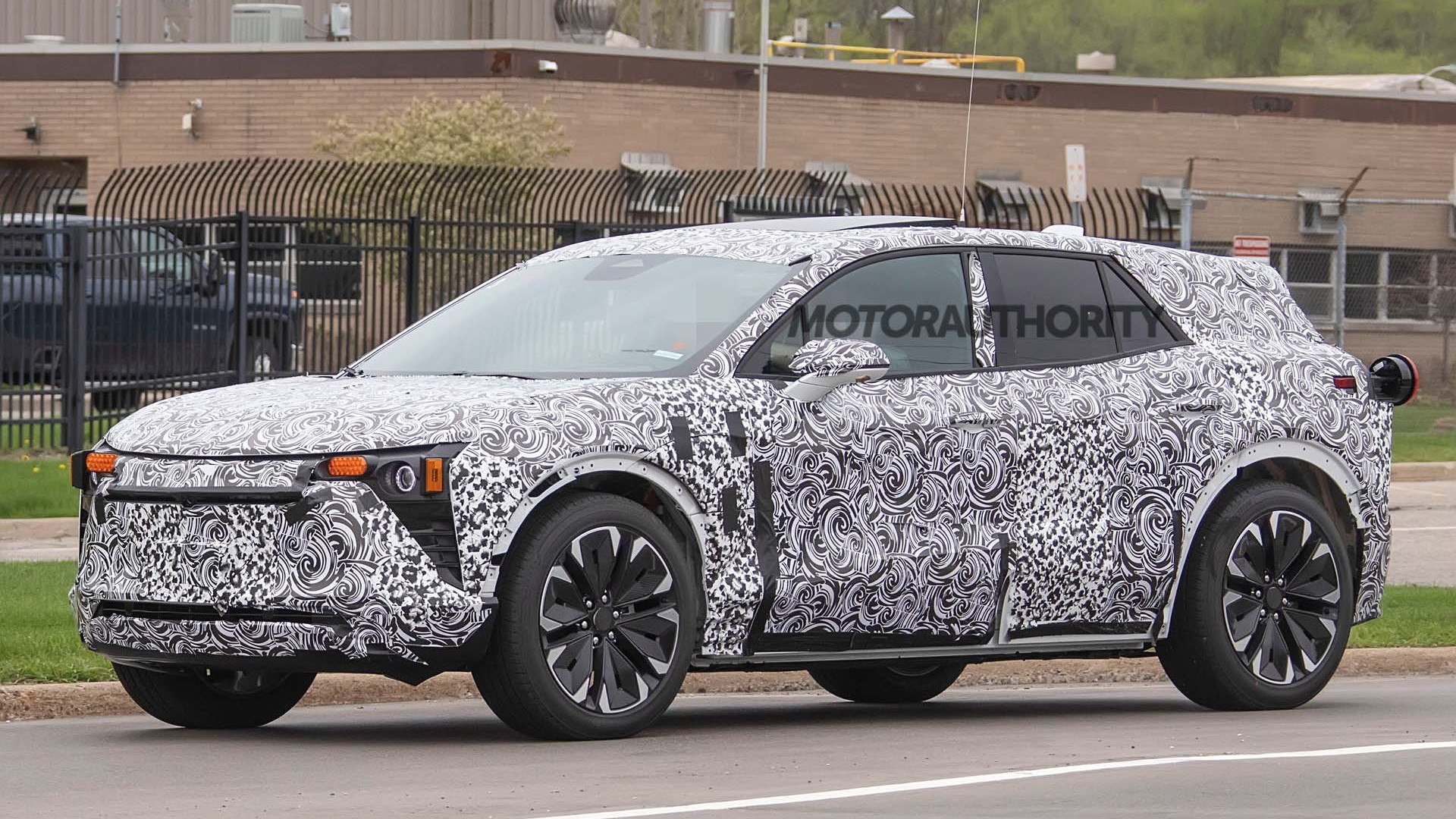 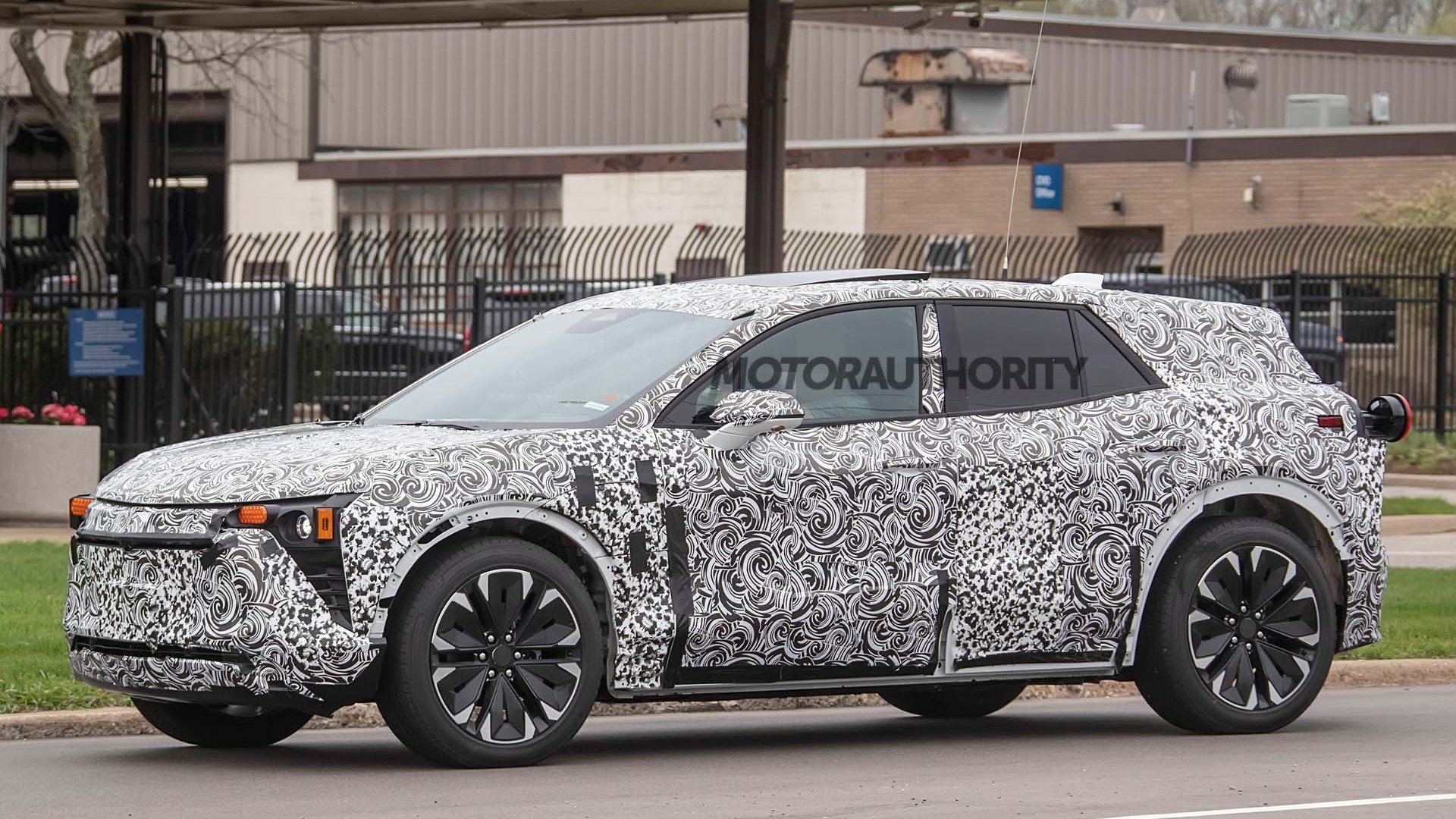 An electric Chevrolet Blazer is coming next year as a 2024 model and we have fresh spy shots of what appears to be a prototype for the new battery-powered mid-size SUV.

The prototype is heavily camouflaged, but we can already see that the design is very different to the one on the current internal-combustion Blazer which Chevy is likely to keep on the market for a few years still. It only arrived for the 2019 model year, after all.

Crucially, there are a number of elements on the prototype that match up with design details shown in a teaser video released in March and depicting a range-topping SS version of the electric Blazer. Those elements, which we've highlighted, include the shape of the front fender and the shape of the charging port which forms part of the front fender and driver's side.

The prototype's lights are still temporary units but we can guess that there will be a light bar running along the leading edge of the front hood to serve as the daytime running lights, similar to what's planned for Chevy's 2024 Silverado EV and 2024 Equinox EV. The prototype was also fitted with 21-inch wheels wrapped in 275/45-size Michelin tires.

Underpinning the Blazer EV should be General Motors' Ultium platform and batteries which debuted in the 2022 GMC Hummer EV. The Ultium technology also features in the 2023 Cadillac Lyriq, a vehicle that will likely be a close match to the Blazer EV under the skin. In the Lyriq, there's a 100-kilowatt-hour battery and a rear-mounted motor rated at 340 hp. A dual-motor all-wheel-drive setup is planned, though its specs haven't been announced.

GM is committed to launching 20 electric vehicles in North America by the end of 2023. Others in the pipeline include a pair of SUVs for Buick, a compact crossover, mid-size SUV, Celestiq flagship sedan and Escalade EV for Cadillac, and an electric Sierra for GMC.