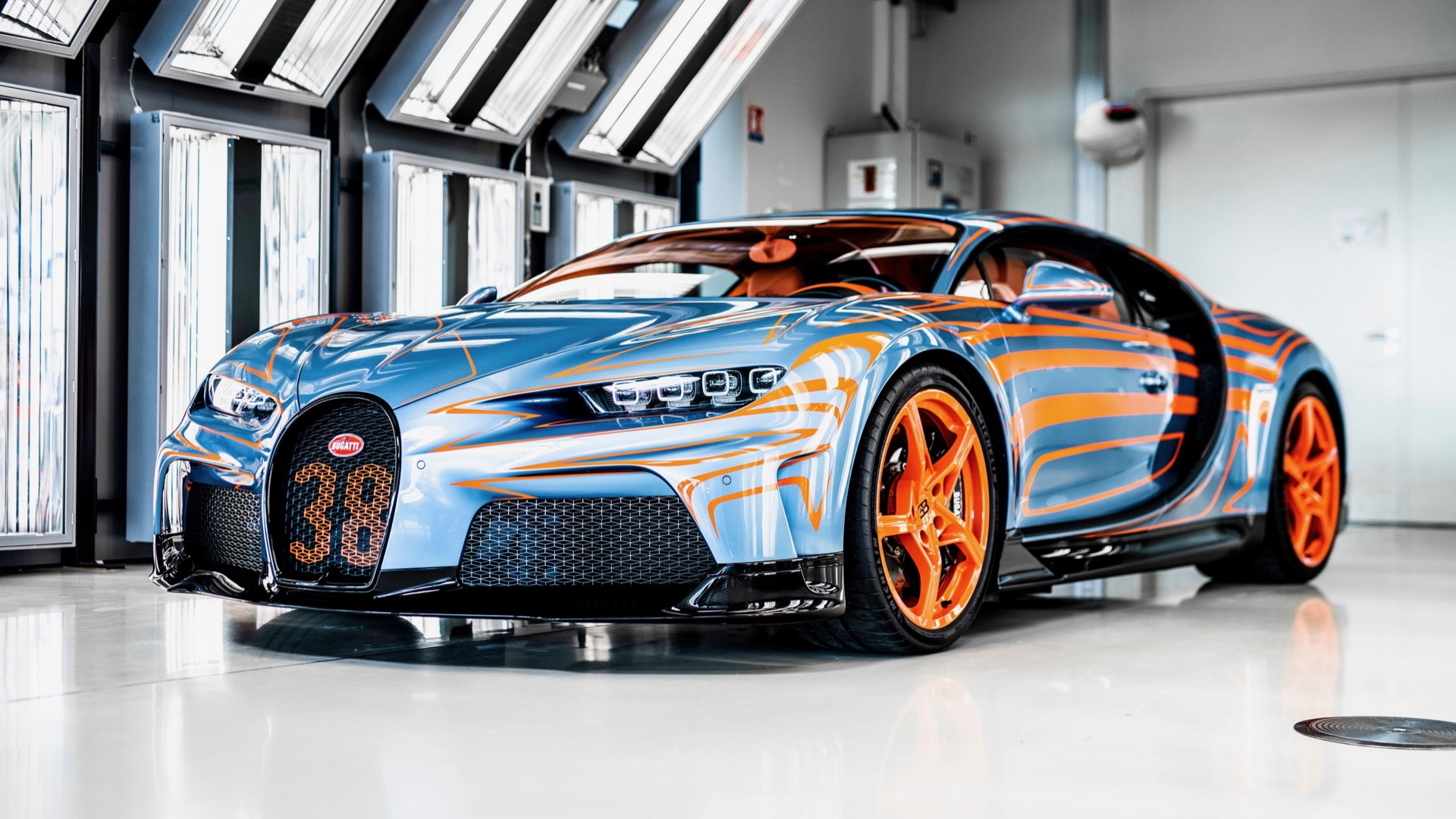 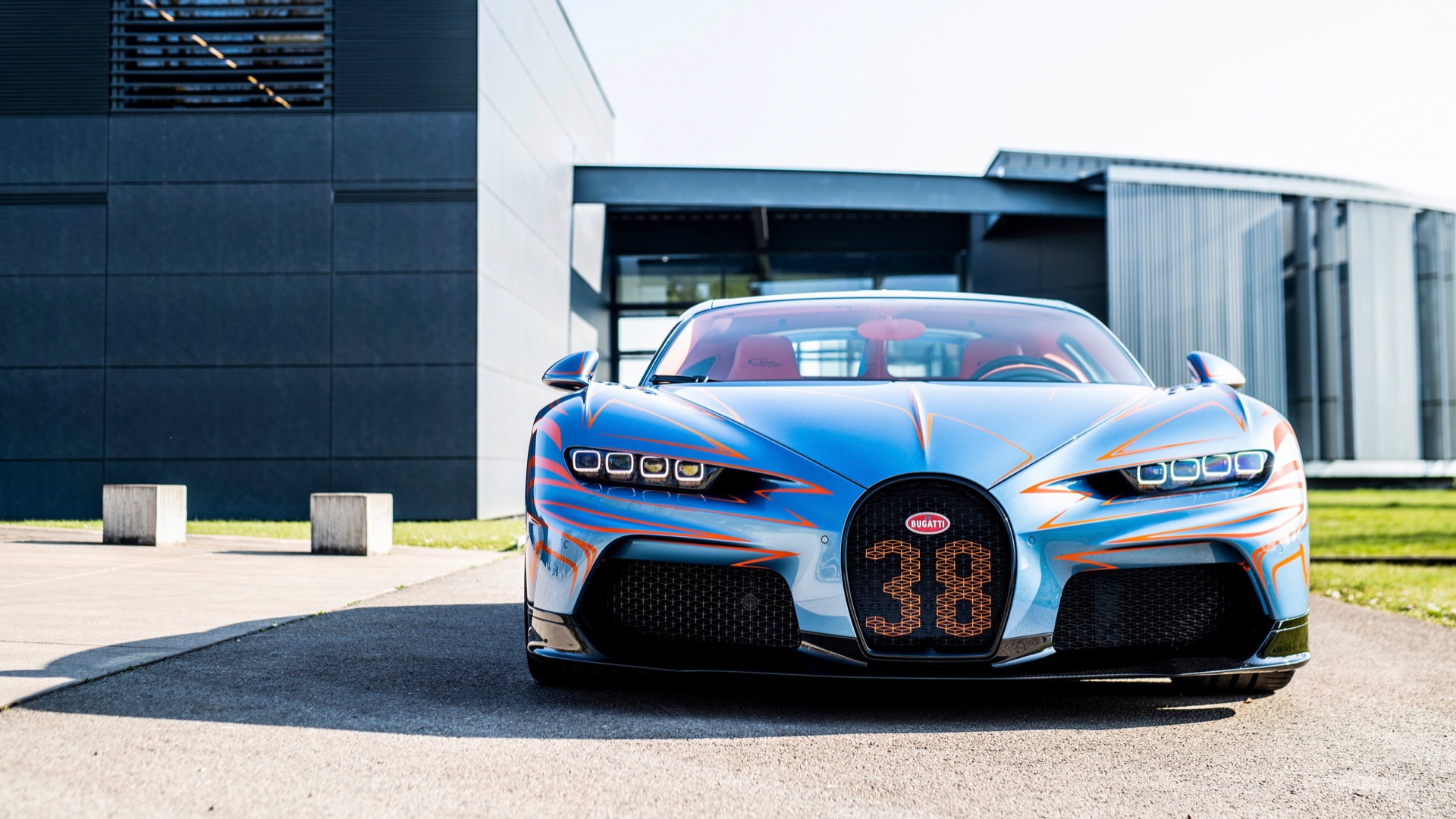 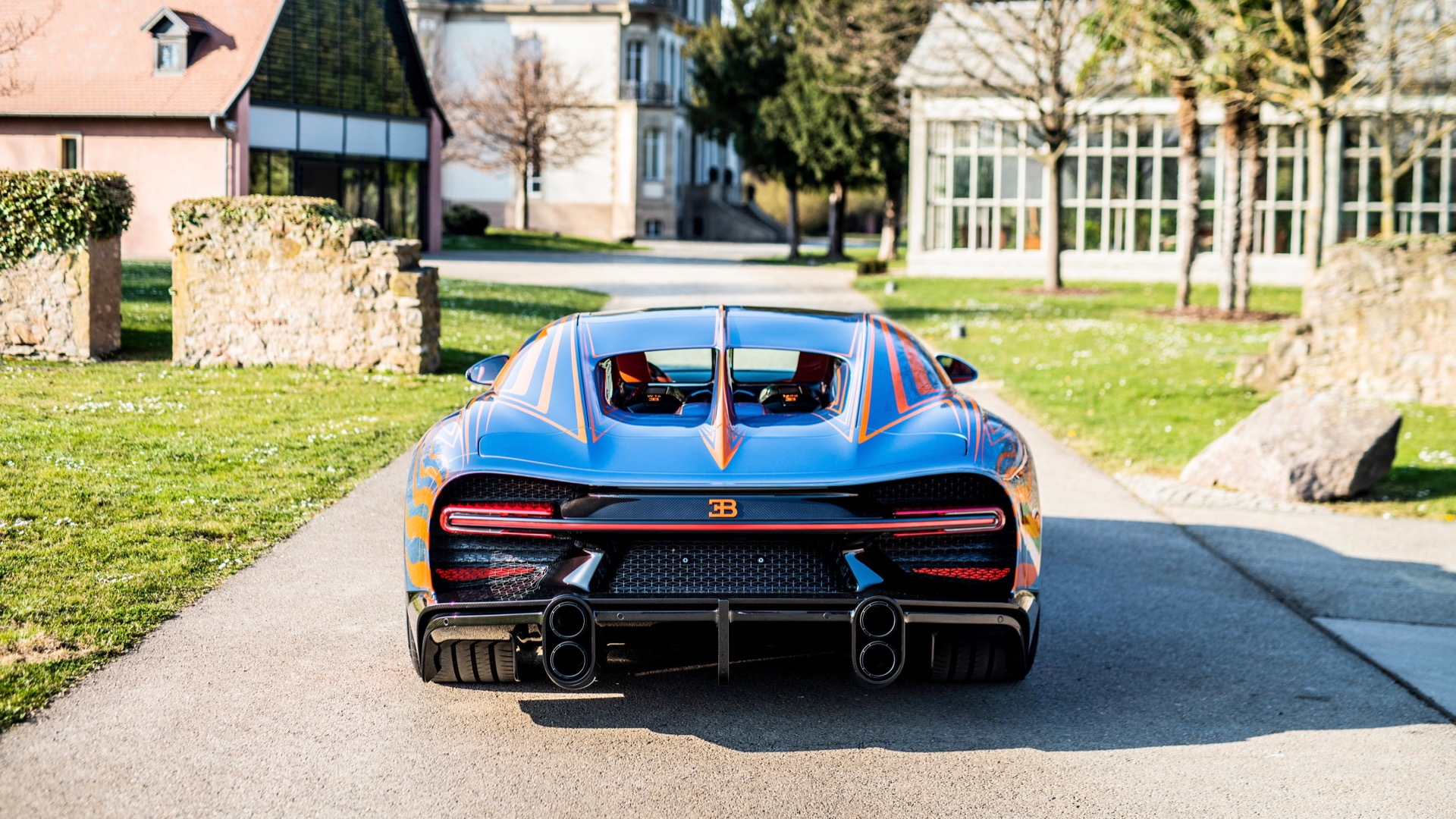 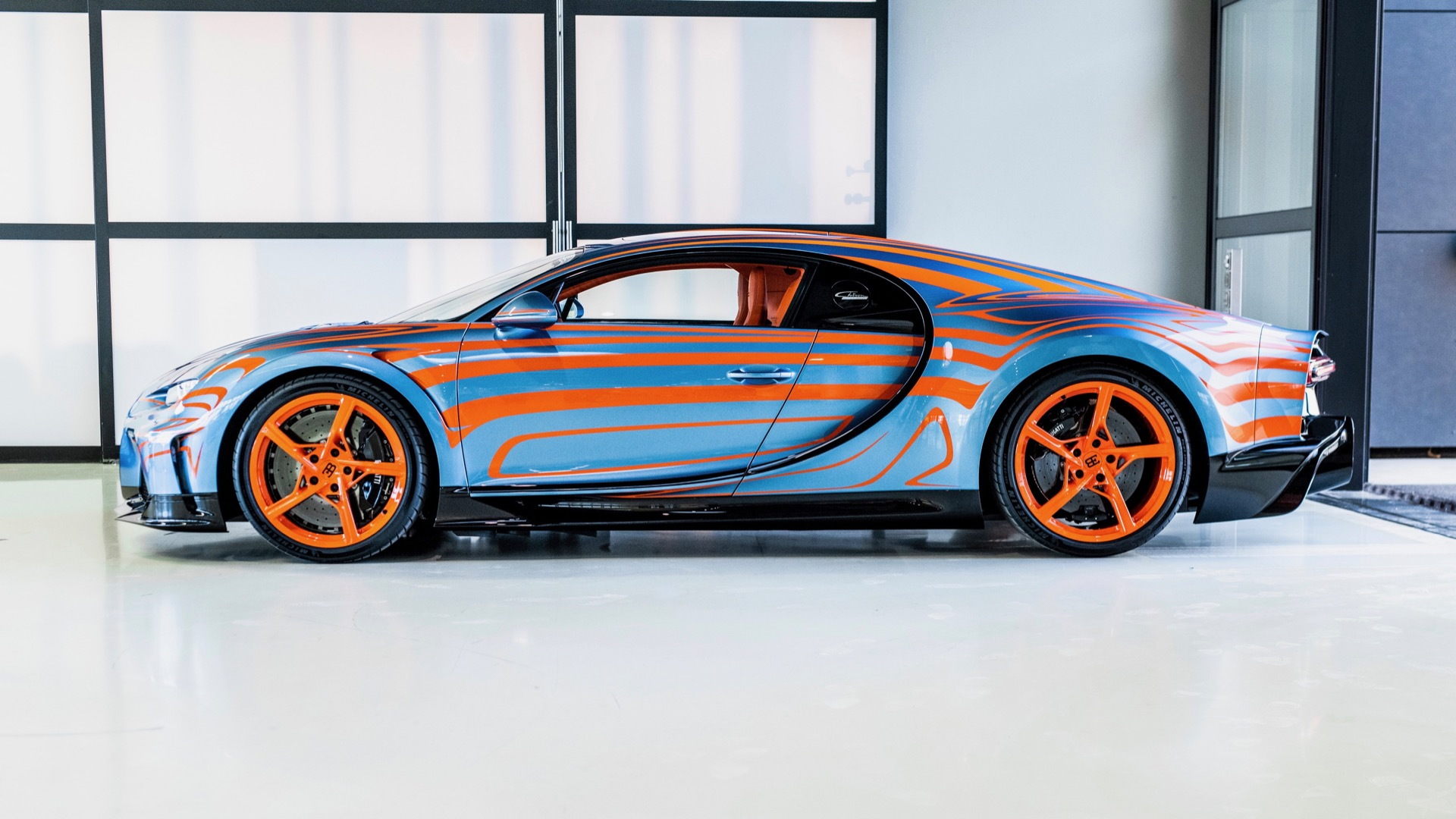 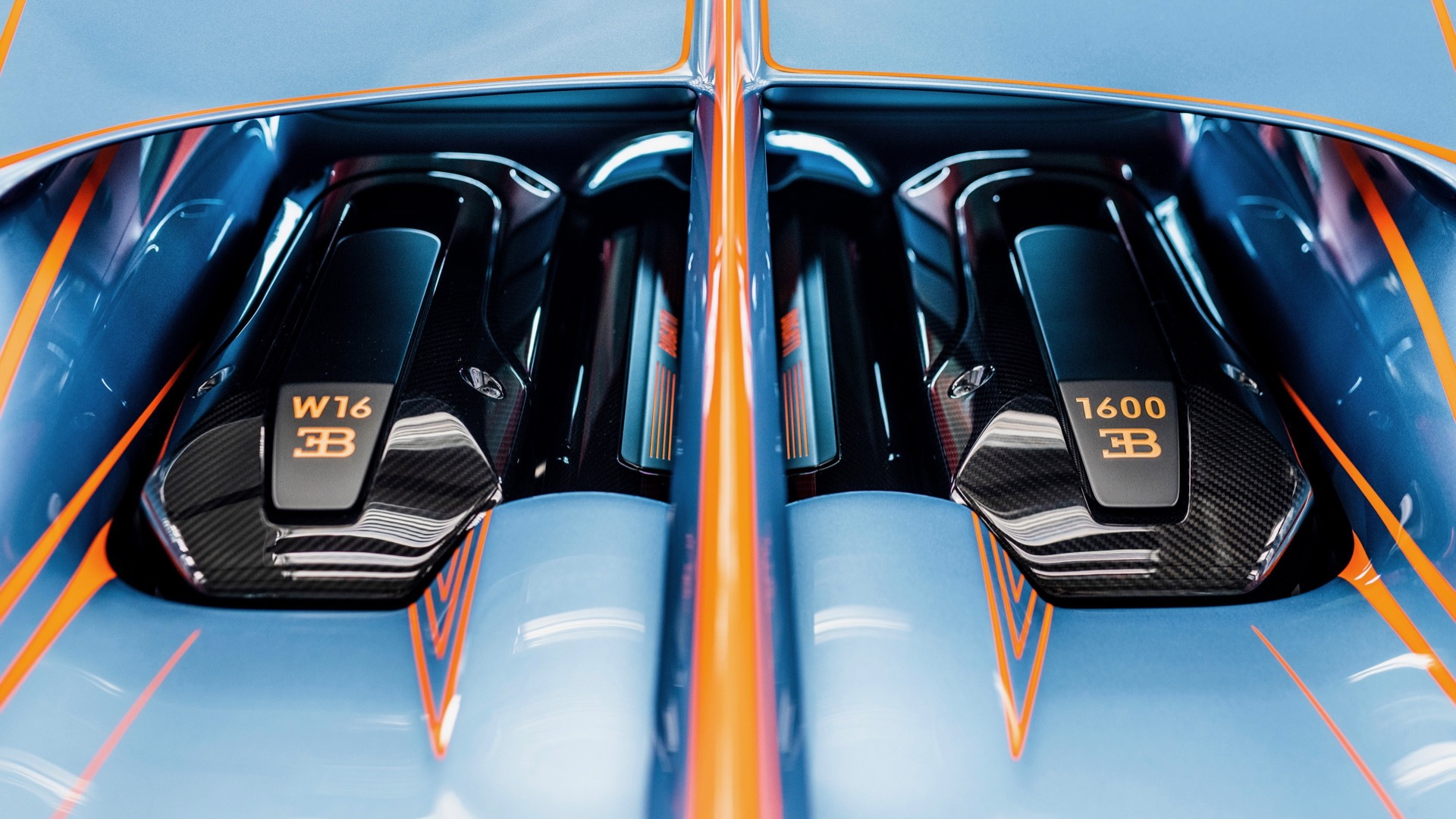 Deliveries of the Bugatti Chiron Super Sport have begun, and one of the first customer cars wears elaborate paintwork from the automaker's Sur Mesure personalization department.

The Vagues de Lumière paintwork is hand painted, with a pattern that mimics the way light reflects off the Super Sport's body panels, Bugatti said in a press release.

The Super Sport is essentially a Super Sport 300+ with added luxury and a more forgiving chassis. While it can't do the magical 300 mph, the Super Sport still achieves a claimed 273-mph top speed thanks to more streamlined bodywork, including a long-tail section that adds about 10 inches to the length of the car.

Power is provided by the same 8.0-liter quad-turbocharged W-16 used in other versions of the Chiron, but in the Super Sport it's tuned for 1,578 horsepower, up from the standard 1,480-hp rating.

Pricing for the Super Sport starts at $3.9 million but, like all other Chiron models, the entire production run is sold out. Bugatti does have a waiting list, however.

Bugatti confirmed in January that the last of its 500 Chiron build slots had sold out. Super Sport production is expected to continue for some time, though. The Chiron-based Centodieci is ready to enter production as well, and will be followed by the Bolide in 2024. Bugatti will then shift focus to new models under the Bugatti Rimac joint venture, potentially starting with a hybrid.