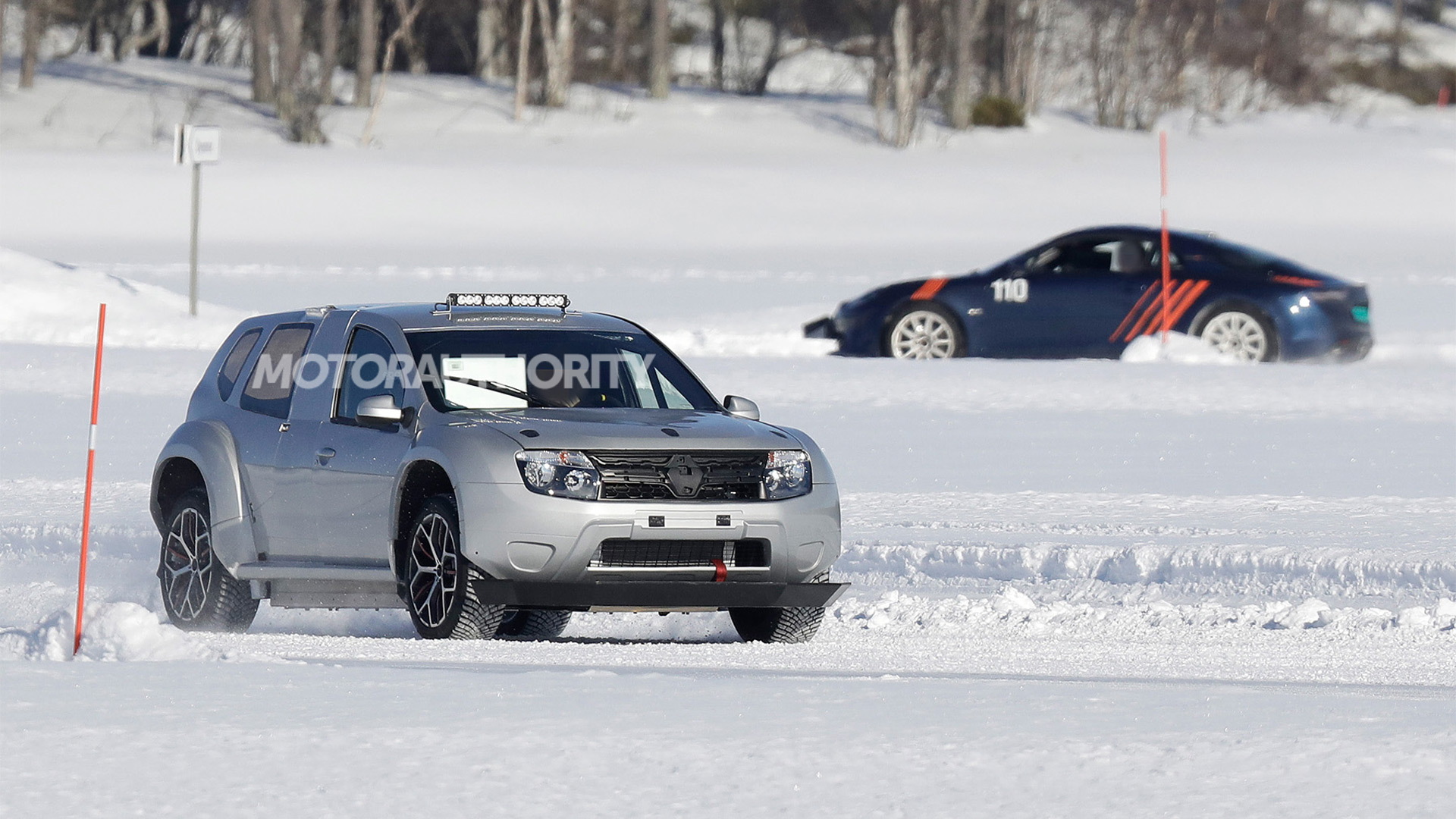 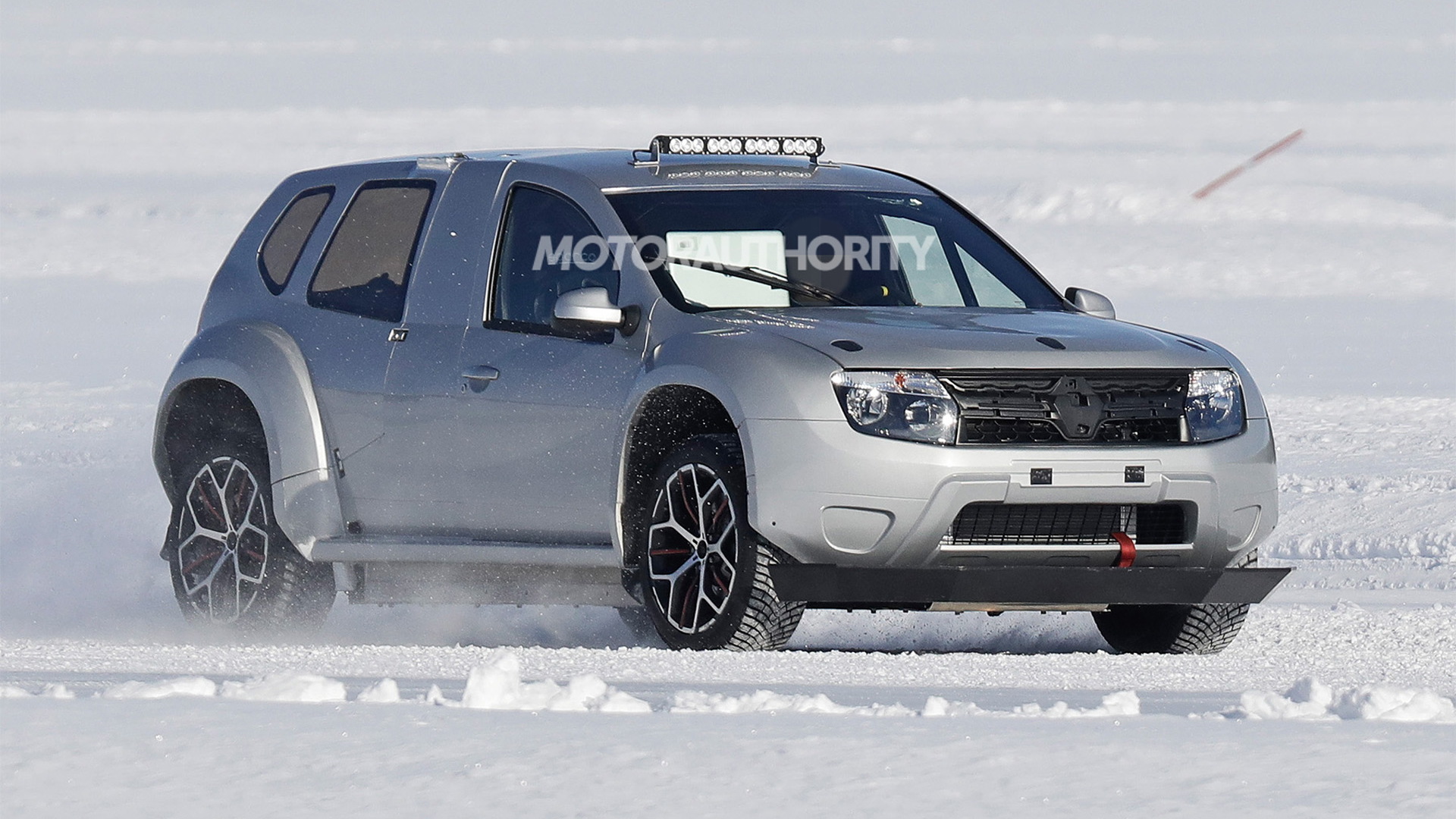 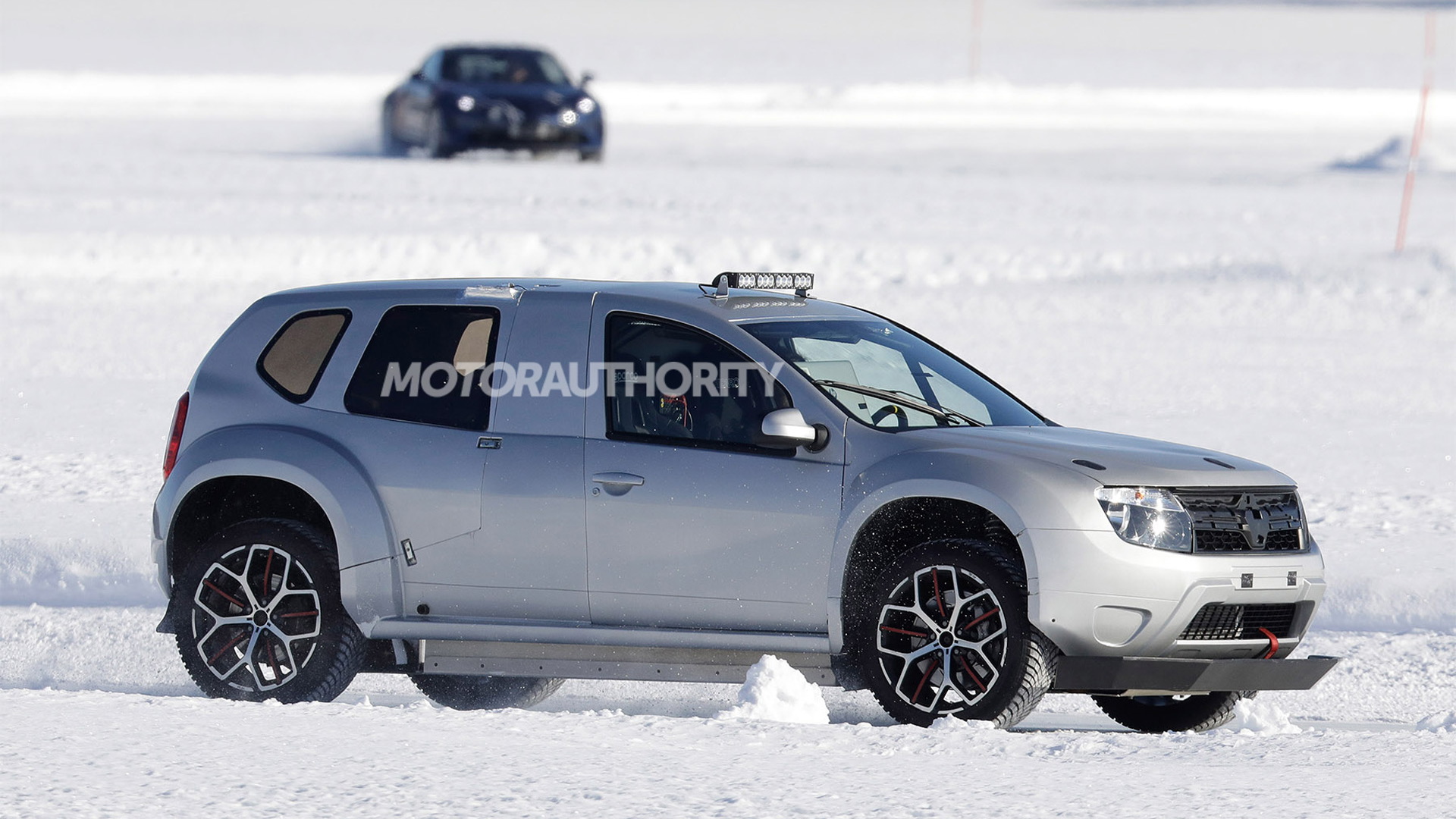 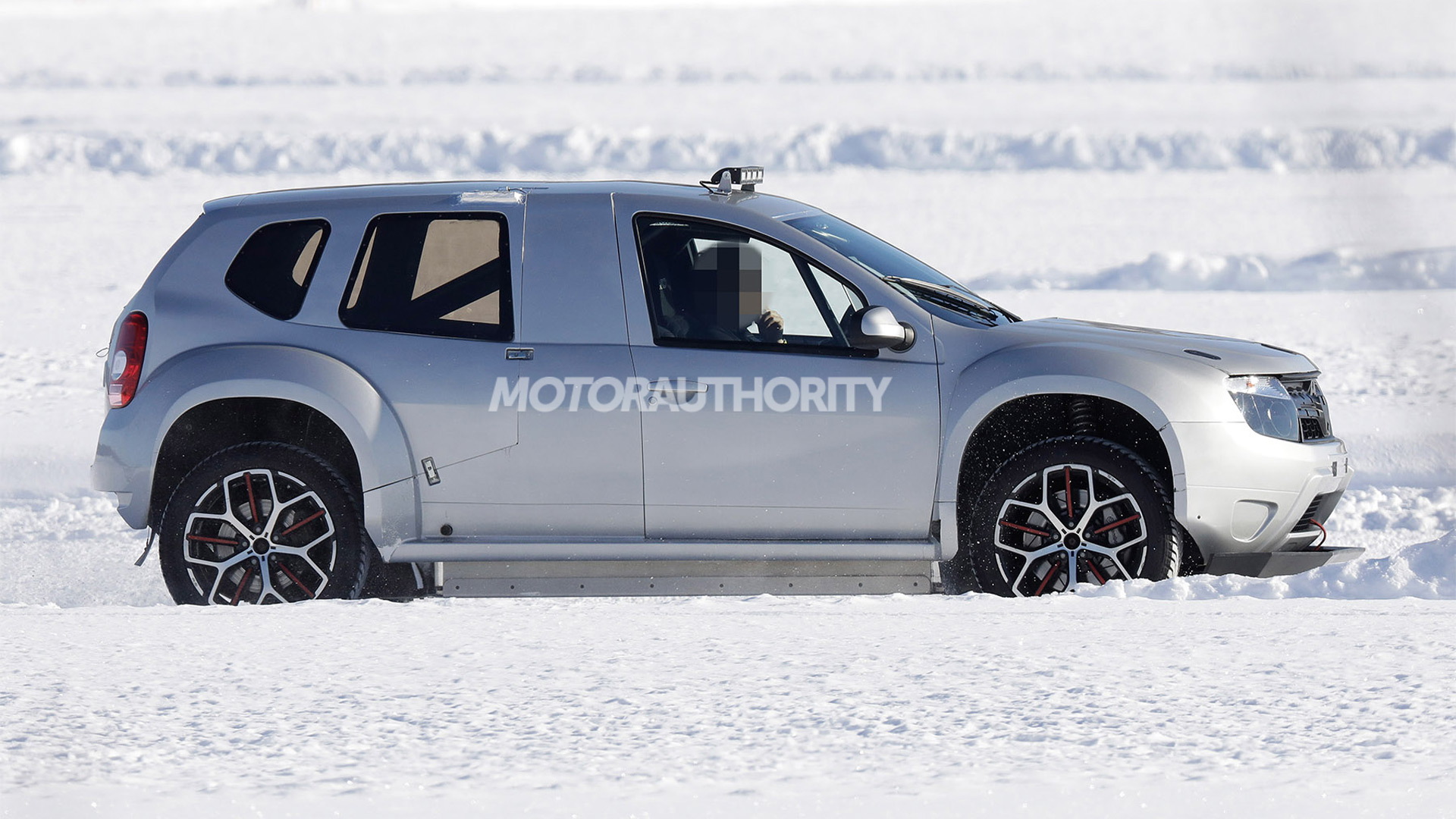 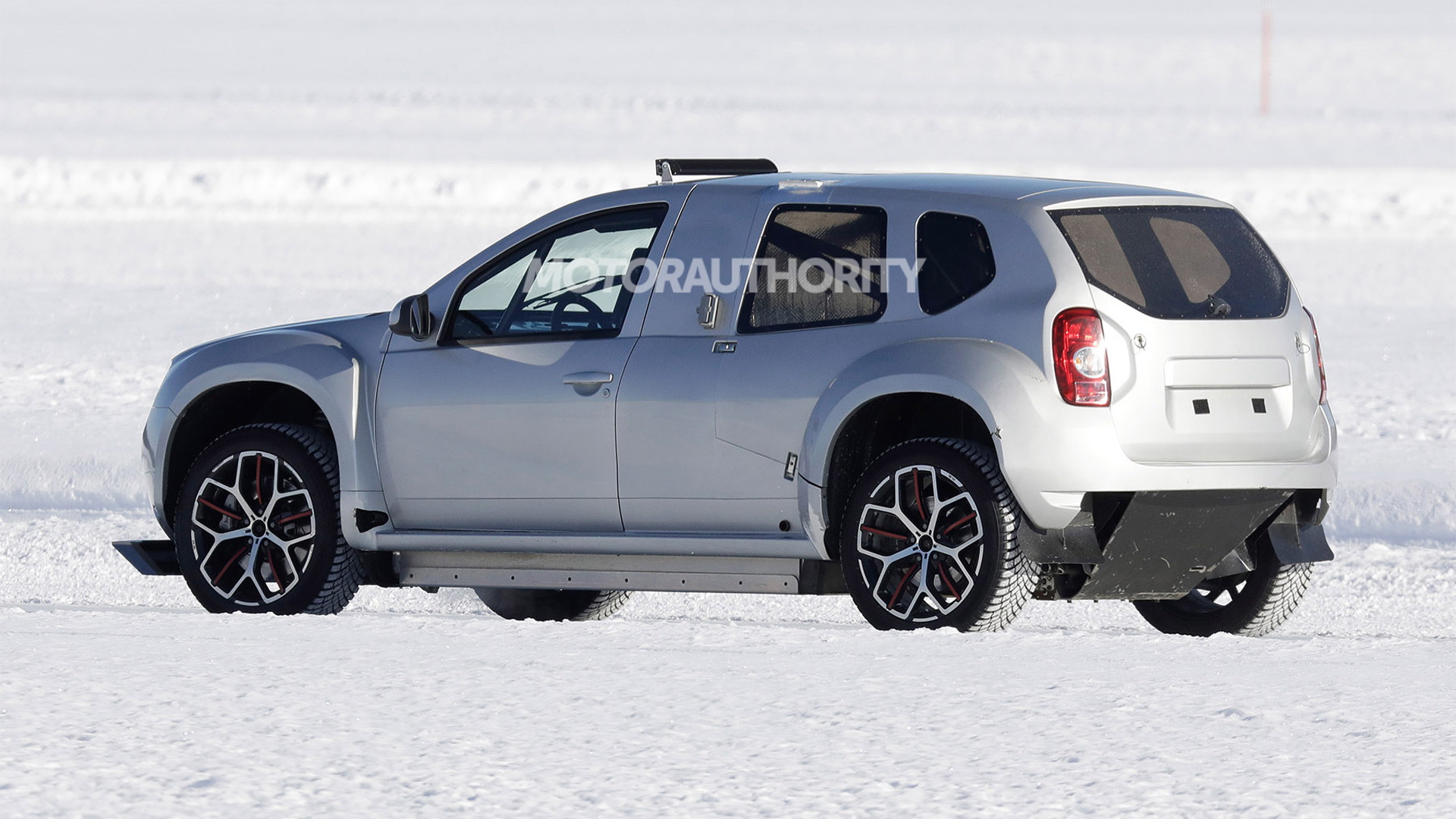 French performance marque Alpine has plans to transform into an electric vehicle manufacturer with a three-car lineup, and now we have spy shots of one of its planned EVs.

The EV is an electric crossover called the GT X-Over, and it's due on sale in 2025. The vehicle is only at the test mule stage, which makes sense given the distant launch date.

What we're looking at is the new mechanical package being tested beneath a makeshift body, in this case the modified body of a Duster crossover from Dacia, the budget brand of Alpine parent company Renault. The first prototypes wearing the GT X-Over's actual body should surface sometime next year.

The test mule gives us an indication of the general footprint of the vehicle, and little else. We are looking at a vehicle that's a good deal longer and wider than the compact Duster, which measures about 171 inches in length and 71 inches in width. The teaser shot below hints at a coupe-like profile.

We know the GT X-Over is being developed on a Renault Nissan Mitsubishi Alliance platform for EVs, in this case the CMF-EV platform found in the Renault Megane E-Tech and Nissan Ariya. The Ariya in top trim will offer an 87-kilowatt-hour battery and 389-hp dual-motor all-wheel-drive system, and we suspect the GT X-Over will offer better performance.

Production of the GT X-Over will be handled at Alpine's plant in Dieppe, France, where the A110 mid-engine sports car is currently built. As part of Alpine's transformation, the plant will be renamed the Manufacture Alpine Dieppe Jean Rédélé, after Jean Rédélé, Alpine's founder.

The A110 is Alpine's sole vehicle at present, with its sales numbering only a few thousand per year. But by 2026, Alpine will have in its lineup not only the GT X-Over, but also a hot hatch and a sports car to replace the A110.

The sports car will be twinned with Lotus' spiritual successor to the Elise, with both to arrive in 2026. They will use a modular platform being developed by Lotus, known as E-Sports.

The electric hot hatch will be a tuned version of a Renault hatchback previewed last year by the Renault 5 prototype. This model will be based on a smaller version of the CMF-EV platform, known as the CMF-BEV, and the covers should come off in 2024.

Eventually, Alpine will broaden its range of EVs to rival planned launches from performance marques like Maserati and Porsche. But we probably won't see these EVs in the U.S. as Alpine hasn't made any announcements about launching in this market.