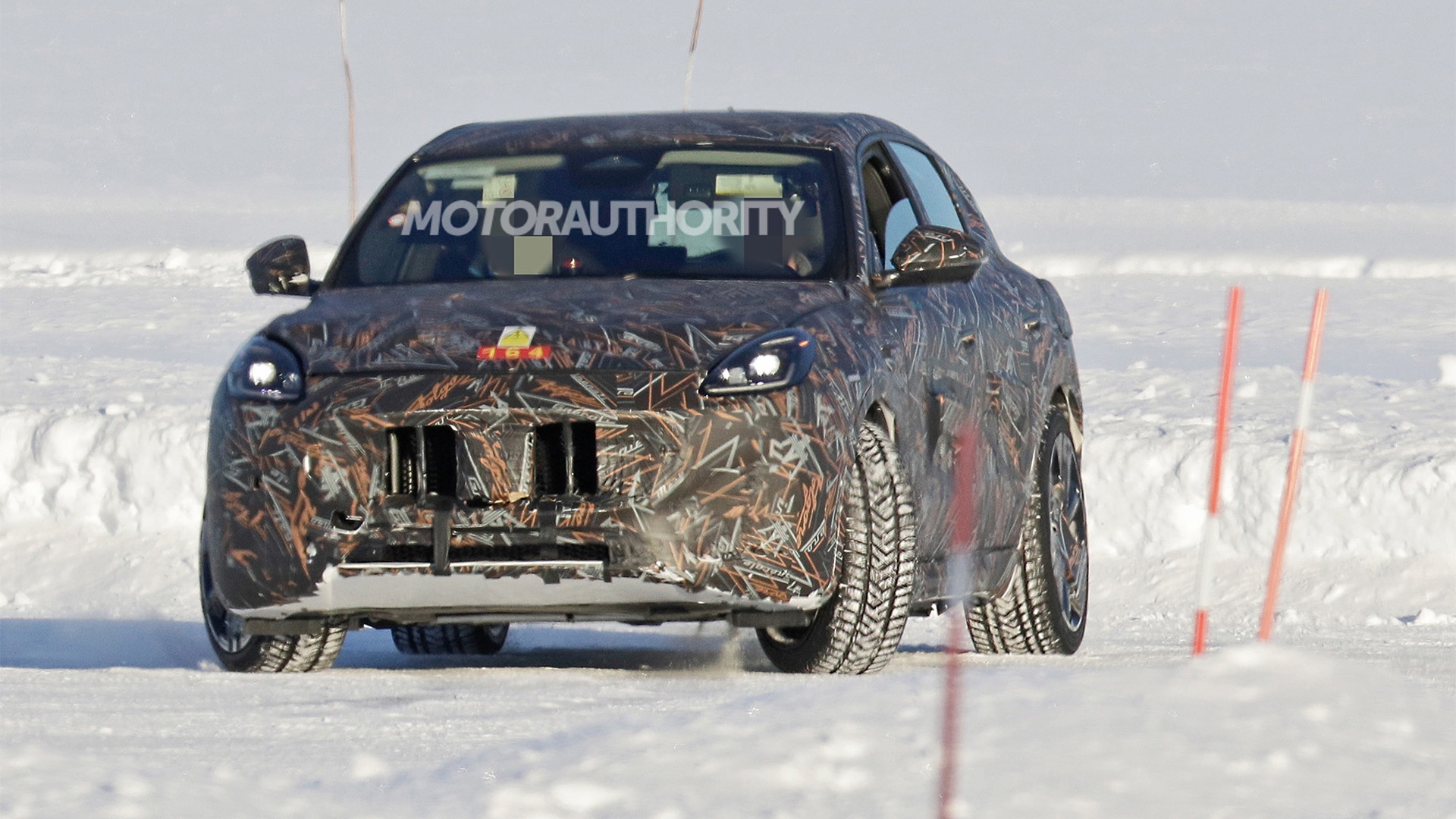 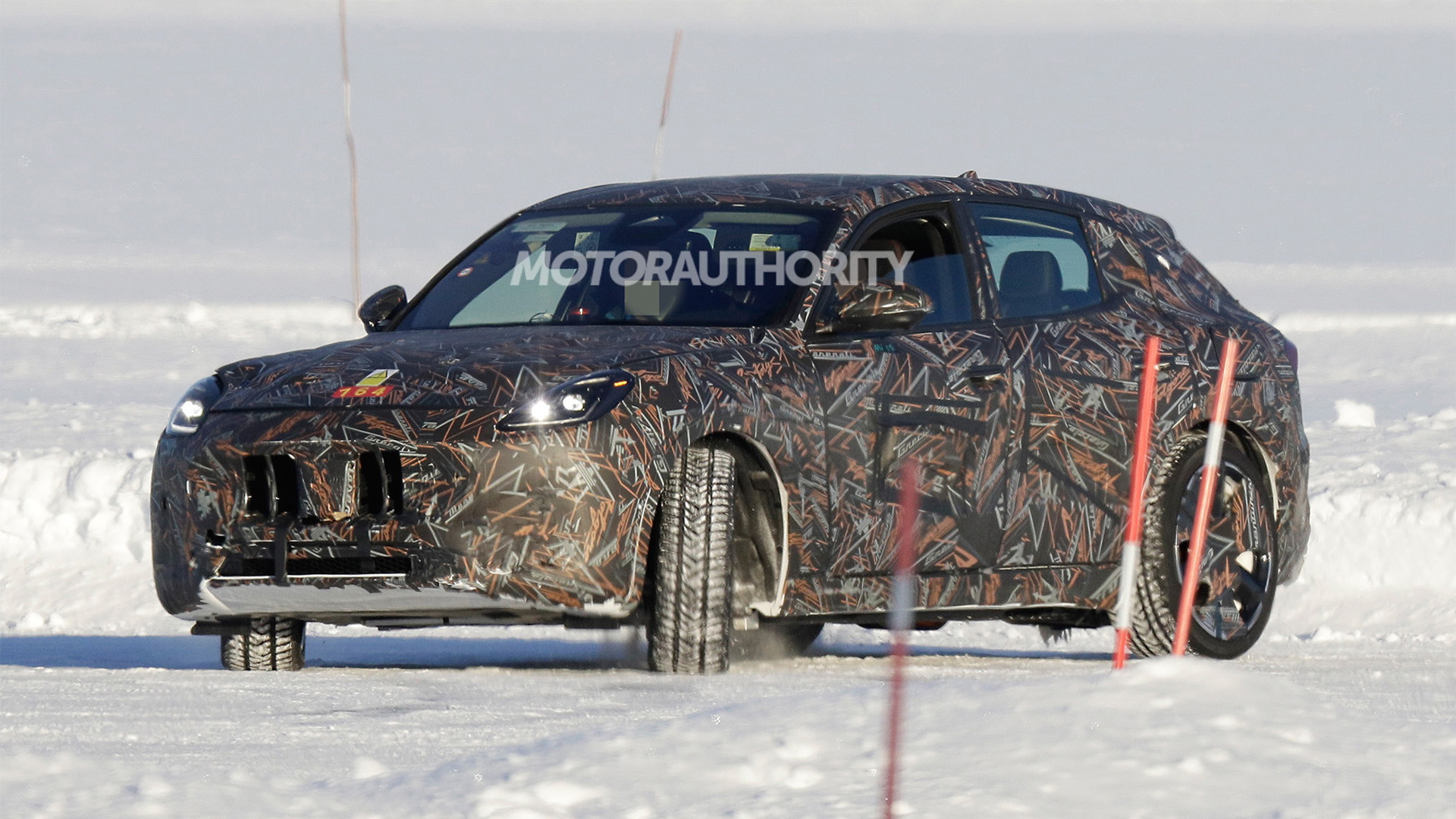 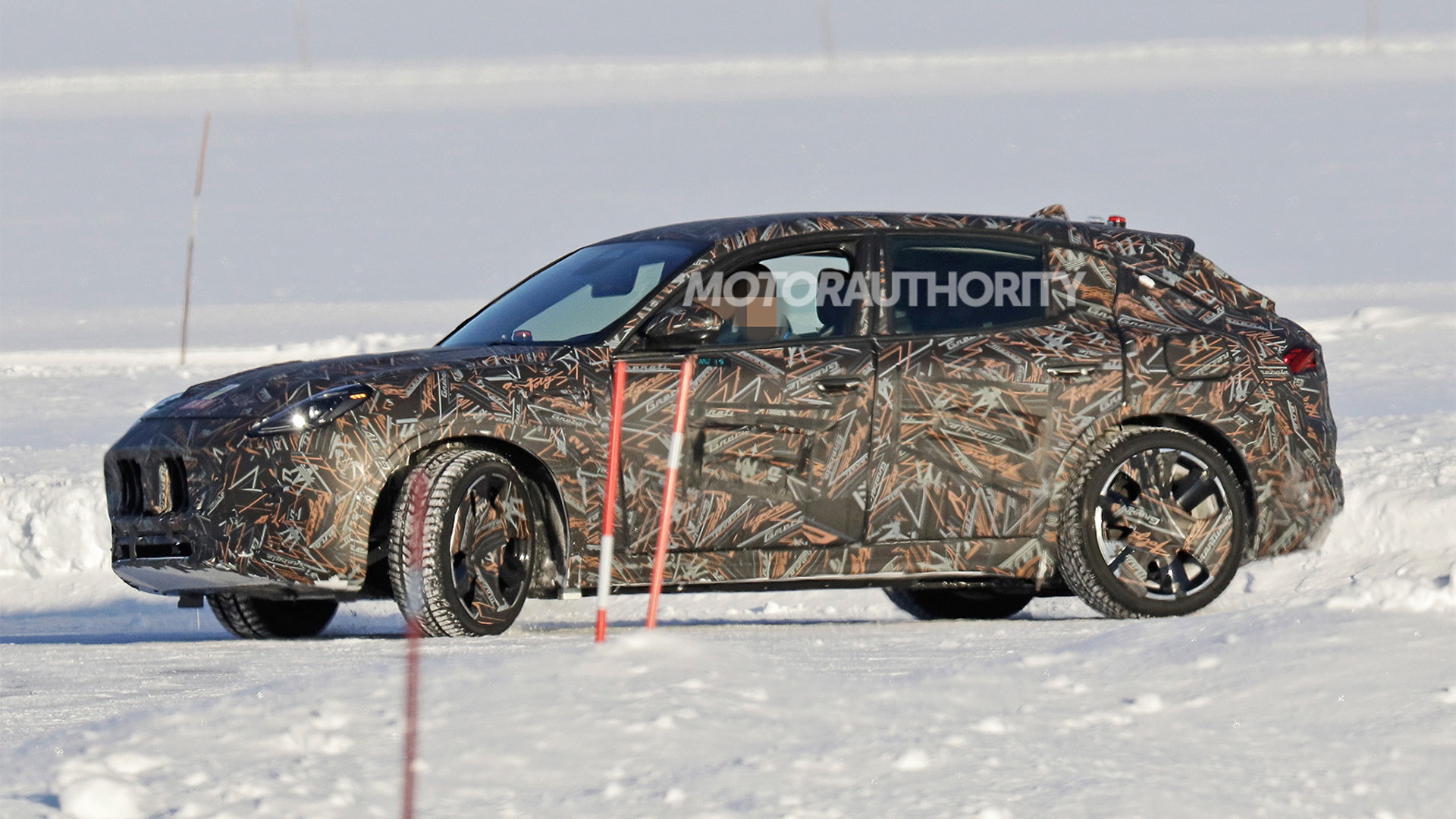 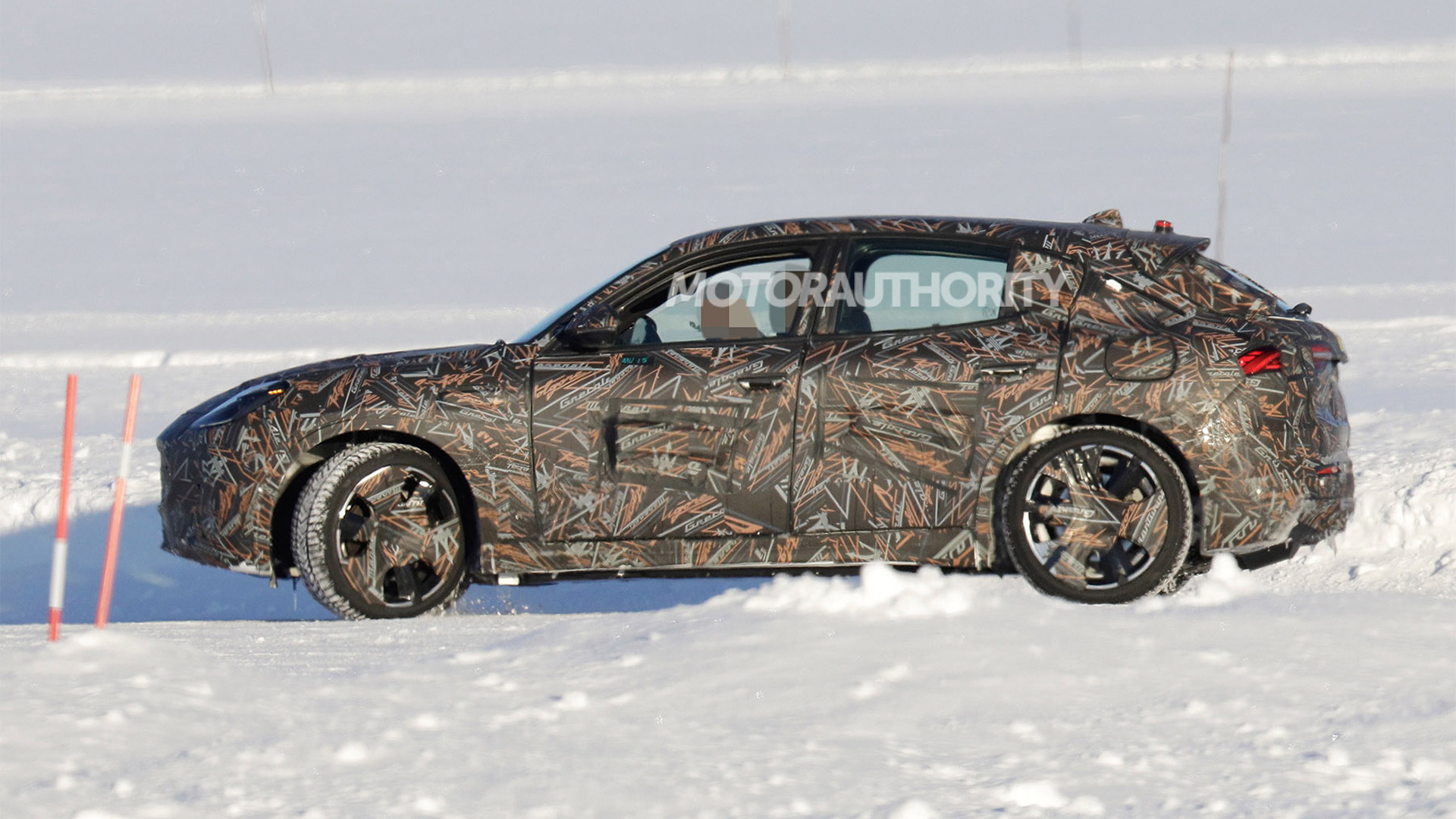 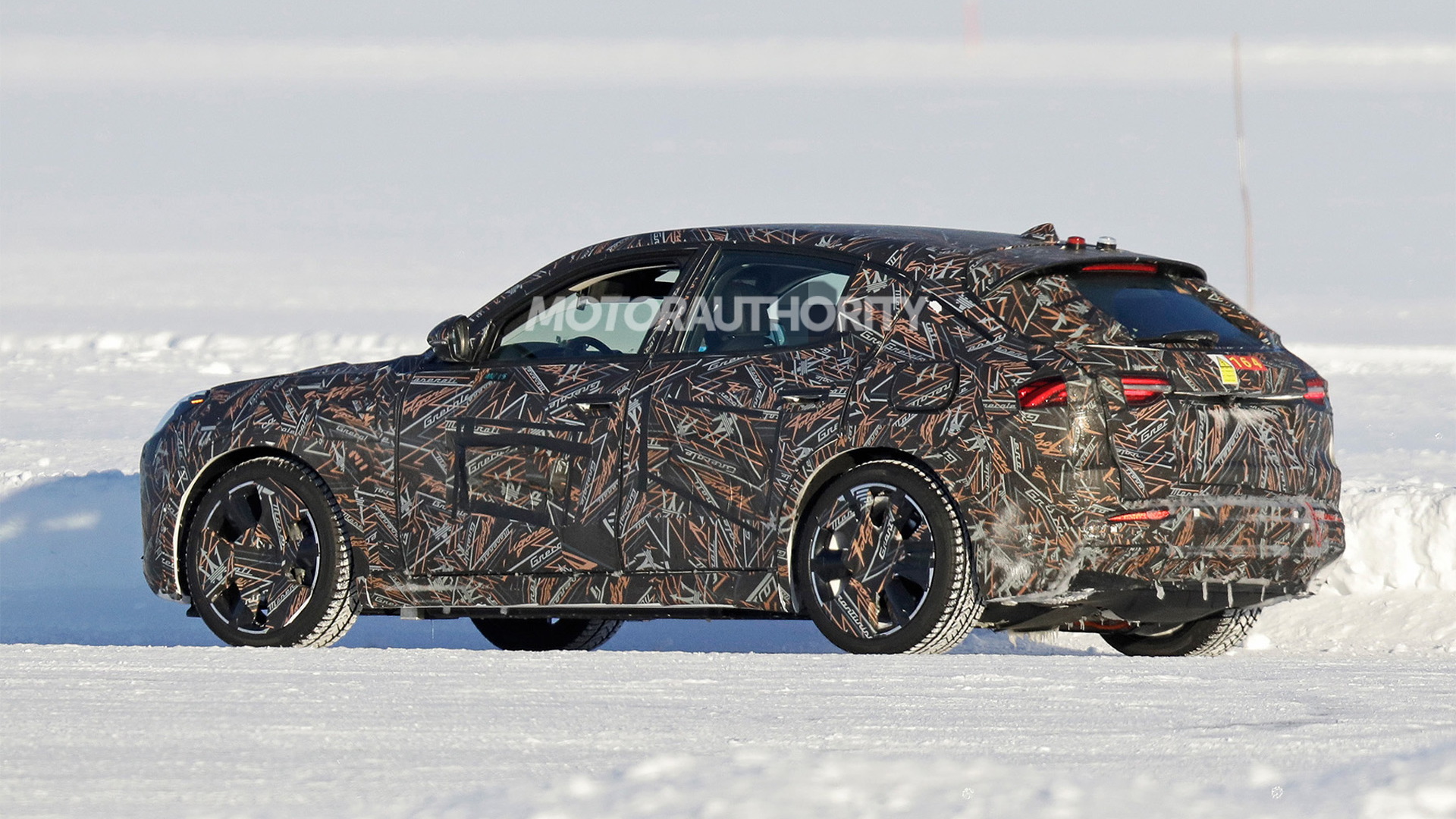 The electric version of Maserati's upcoming Grecale has been spotted for the first time.

The Grecale is a small crossover twinned with the Alfa Romeo Stelvio, and its debut is set for March 22.

While it will initially arrive with internal-combustion power, this electric variant will join the lineup in 2023—the same year that Maserati will launch an electric version of its redesigned GranTurismo that's also currently testing.

Compared to the internal-combustion Grecale, the electric variant features more streamlined fascias at both ends. There's also a lack of exhaust tips.

The electric Grecale will challenge high-end versions of the Tesla Model Y, as well as an electric Porsche Macan also due in 2023.

Powertrain details haven't been announced but a dual-motor all-wheel-drive setup is likely. A more potent setup with three electric motors (one at the front and two at the rear) is a possibility. Such a setup will deliver more than 1,200 hp in the electric GranTurismo.

Maserati's electric vehicles will feature the name Folgore, which is Italian for “lightning.” Every vehicle in Maserati's lineup will either be electric or offer an electric option by 2025, including the MC20 supercar.

Electric versions of the MC20, GranTurismo and Grecale will use Maserati-specific platforms, the automaker has confirmed, suggesting they will use existing Maserati platforms converted to electric power. Further out, look for the Quattroporte and Levante to be redesigned on dedicated EV platforms from parent company Stellantis. The Ghibli won't become electric as the vehicle will be dropped after the current generation.

Production of the Grecale is being handled at Stellantis' plant in Cassino, Italy, where the Stelvio is built. Stay tuned for Tuesday's reveal of the internal-combustion variant, and for updates on the development of the electric one.