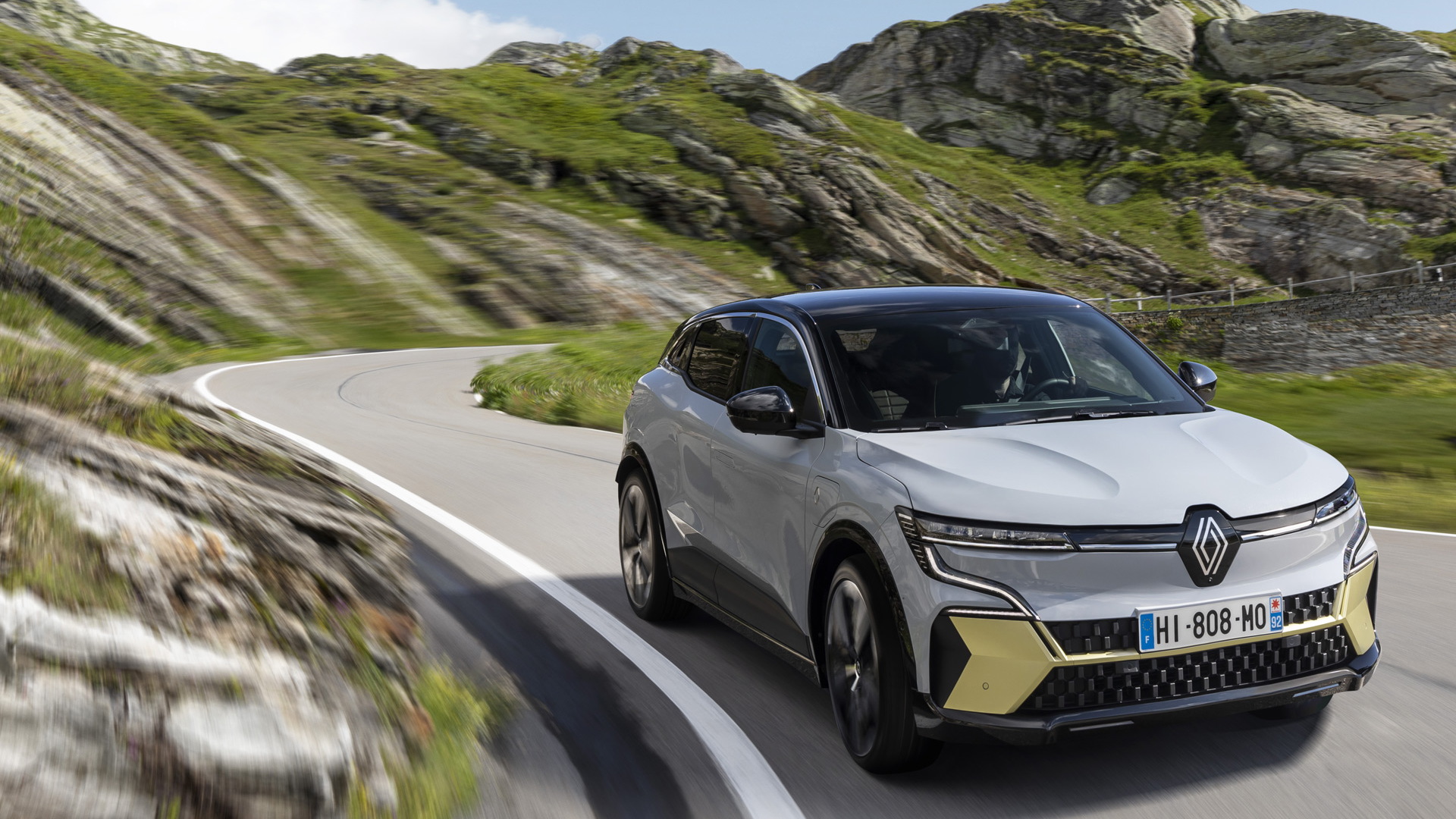 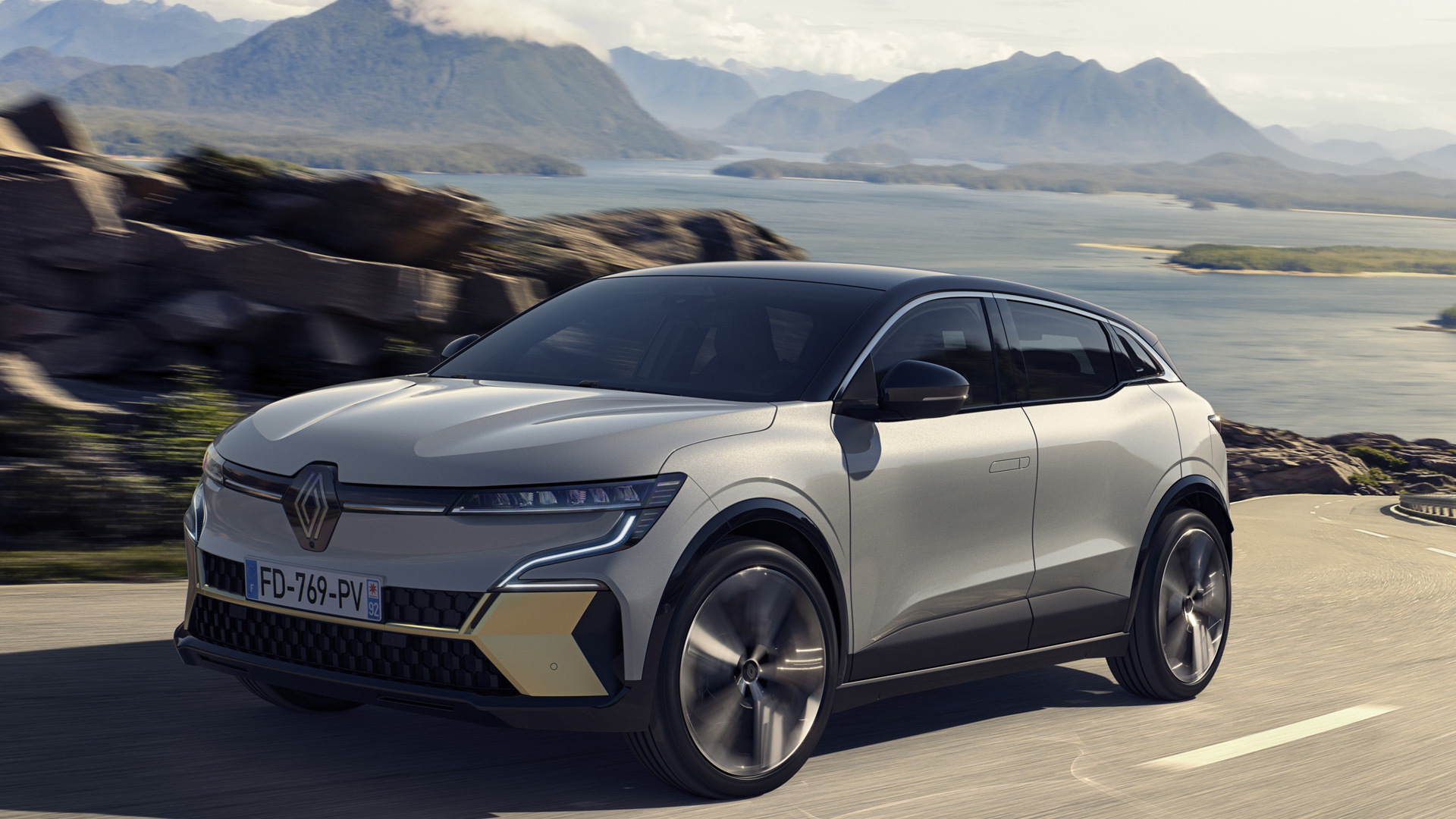 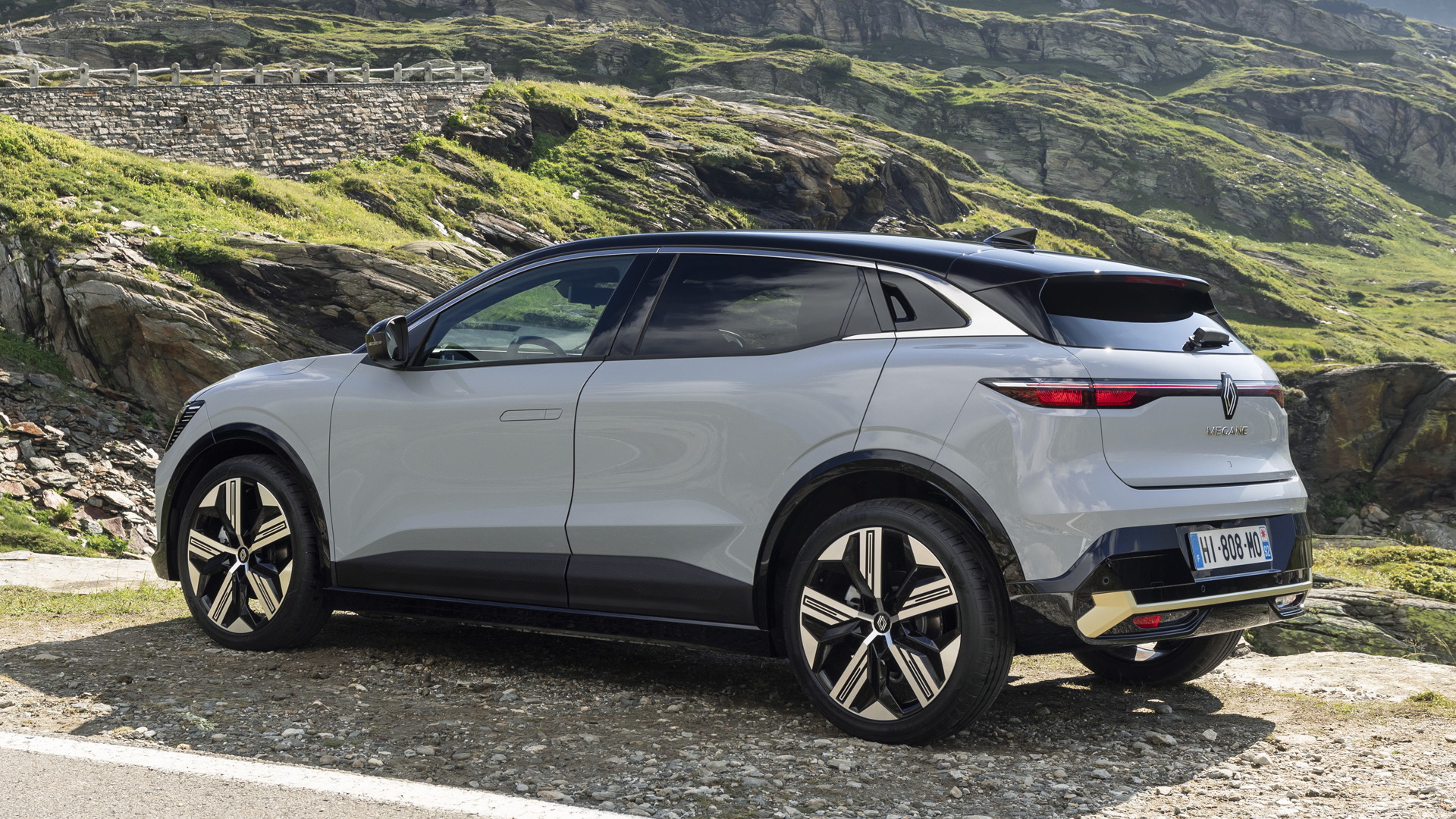 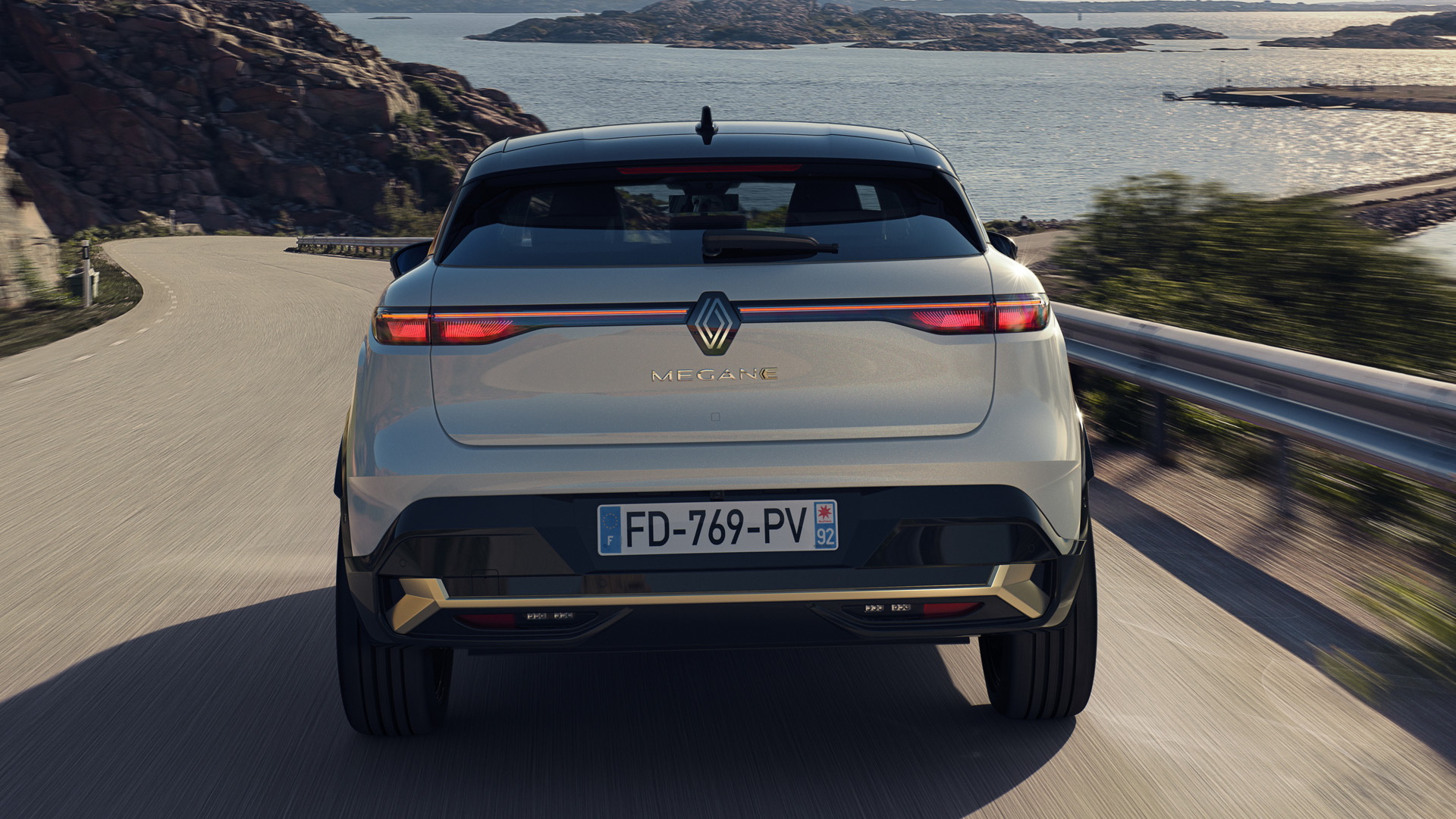 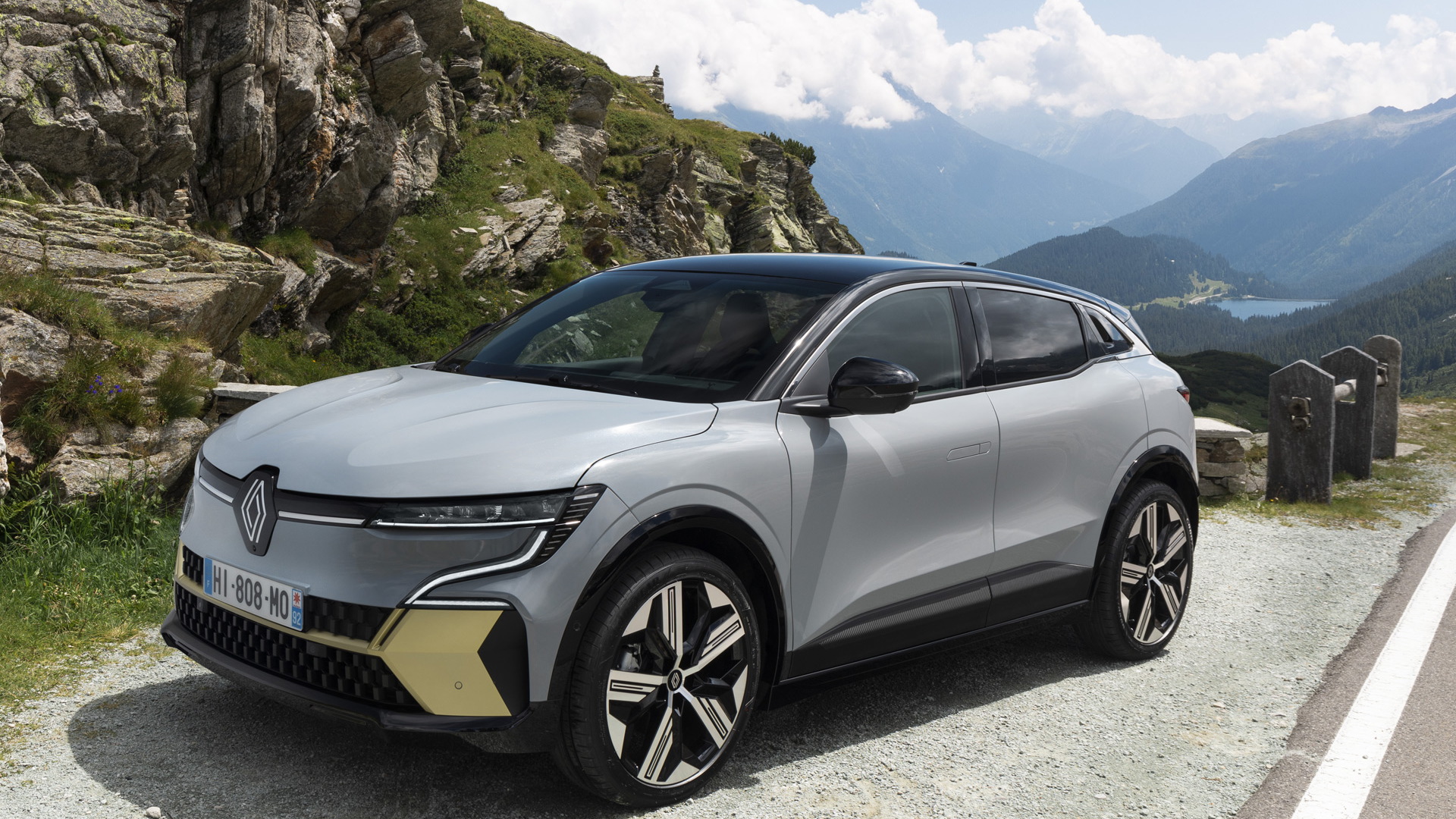 Called the Megane E-Tech Electric in production guise, the electric compact crossover goes on sale in markets where Renault operates starting in 2022. Unfortunately, the U.S. isn't one of them.

It's not all bad news as the Megane E-Tech Electric is based on the CMF-EV modular platform for future battery-electric vehicles from the Renault Nissan Mitsubishi Alliance, and we'll see the platform locally in the slightly larger Nissan Ariya crossover due out later this year as a 2022 model.

The Megane E-Tech Electric can best be described as a tallish hatch, similar to the recently revealed Hyundai Ioniq 5 and Chevrolet Bolt EUV, though like those vehicles it is being marketed as a crossover. The vehicle isn't a replacement for the current Megane hatchback, however. Instead it forms part of an extended Megane family.

The vehicle will be offered with battery sizes of 40 and 60 kilowatt-hours. The latter should deliver a range approaching 200 miles on a charge. Charging at up to 130 kilowatts is possible, and the driver also has four levels of brake energy regeneration to choose from, with the selection done via paddles behind the steering wheel.

Power comes from a single electric motor, though Renault hasn't said whether the motor is mounted at the front axle or rear. What we do know is that two outputs will be on offer, with the more potent of these coming in at 214 hp and 221 lb-ft of torque. This should see the Megane E-Tech Electric hit 62 mph from rest in about 7.4 seconds.

The Megane E-Tech Electric isn't the only EV planned by Renault. The French automaker is also developing a subcompact hatch previewed by the 5 Prototype unveiled in January, and billed as the spiritual successor to the classic R5 (known as the Le Car in the U.S.). This one is due in 2024.