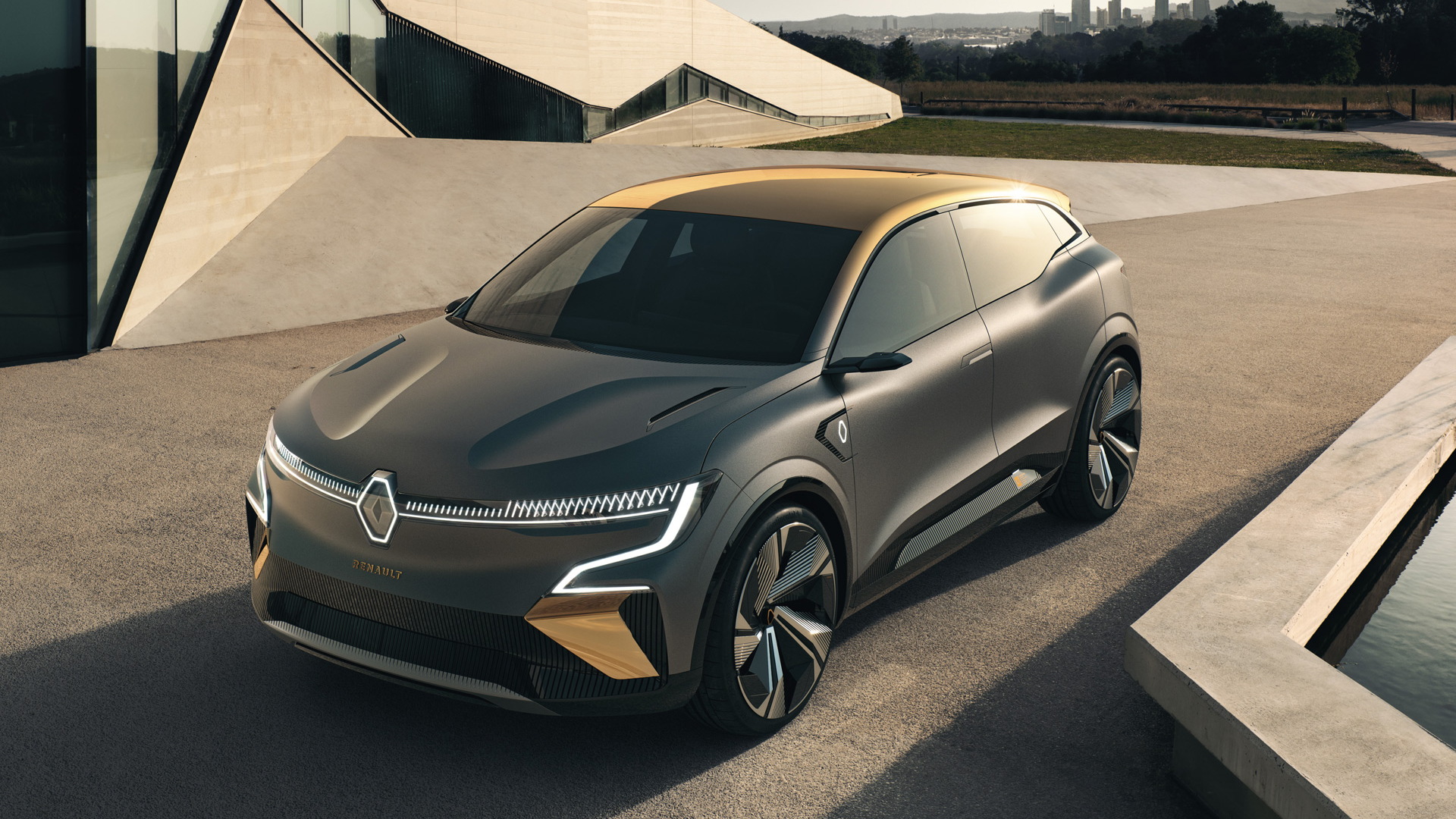 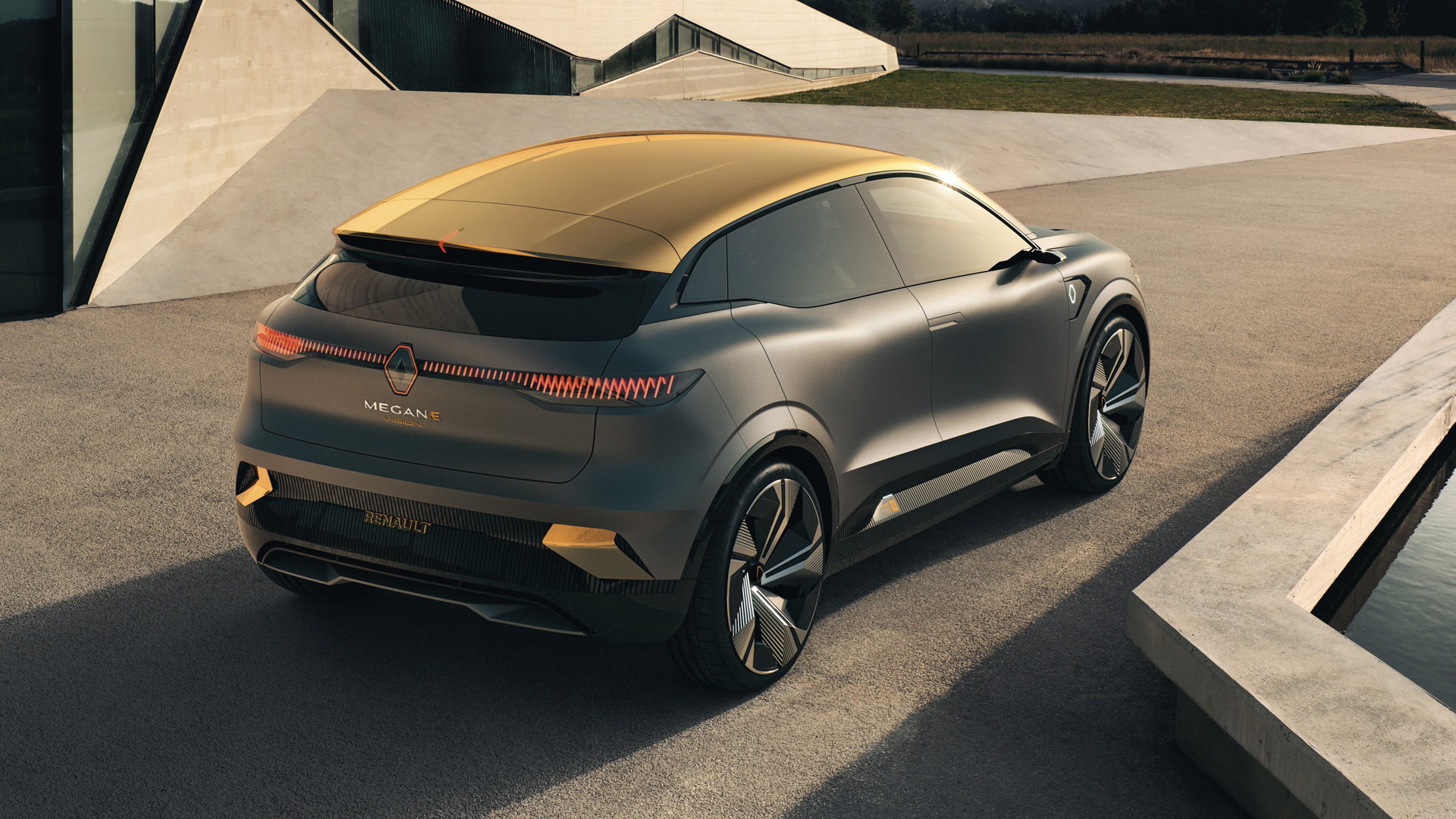 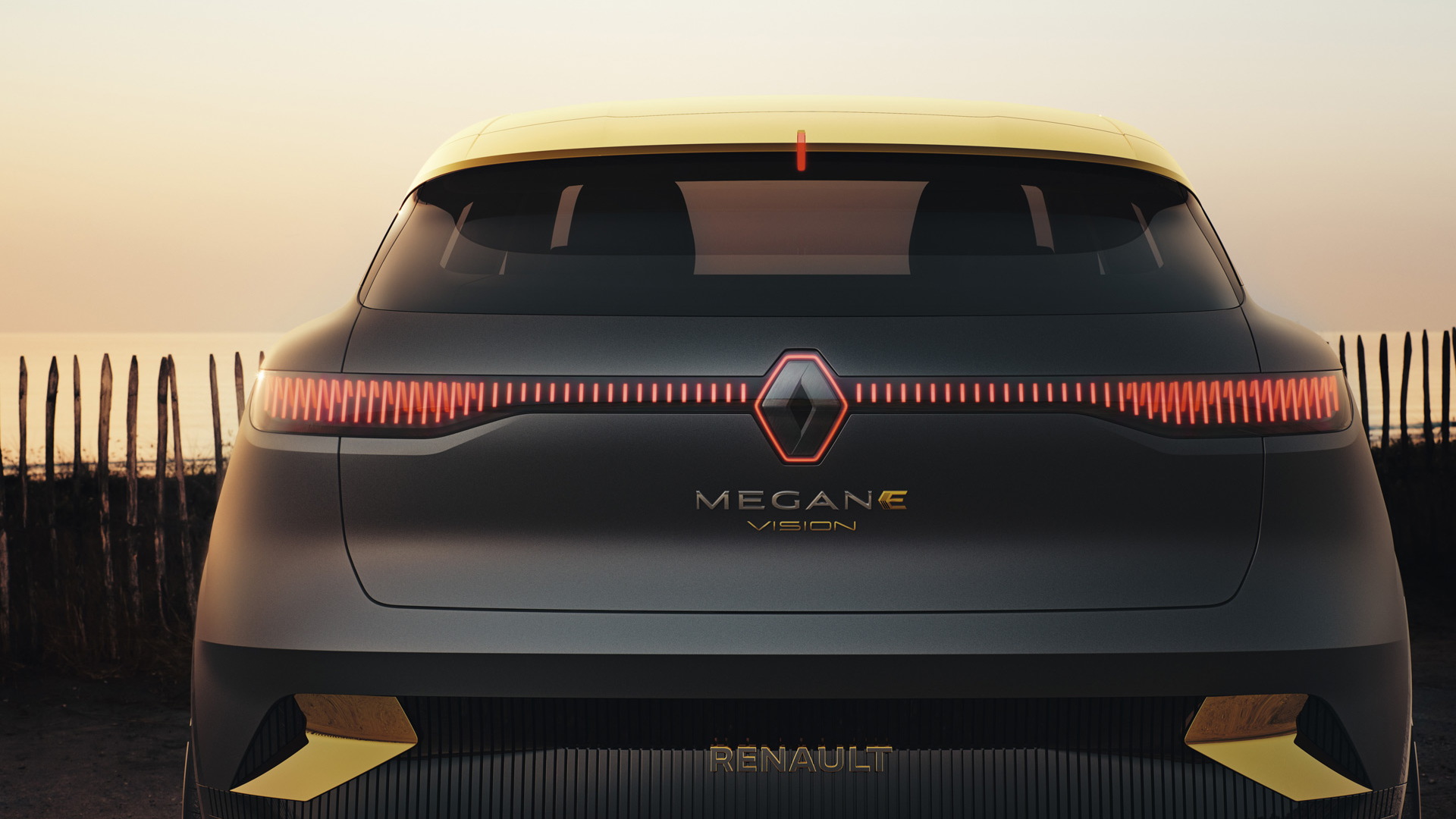 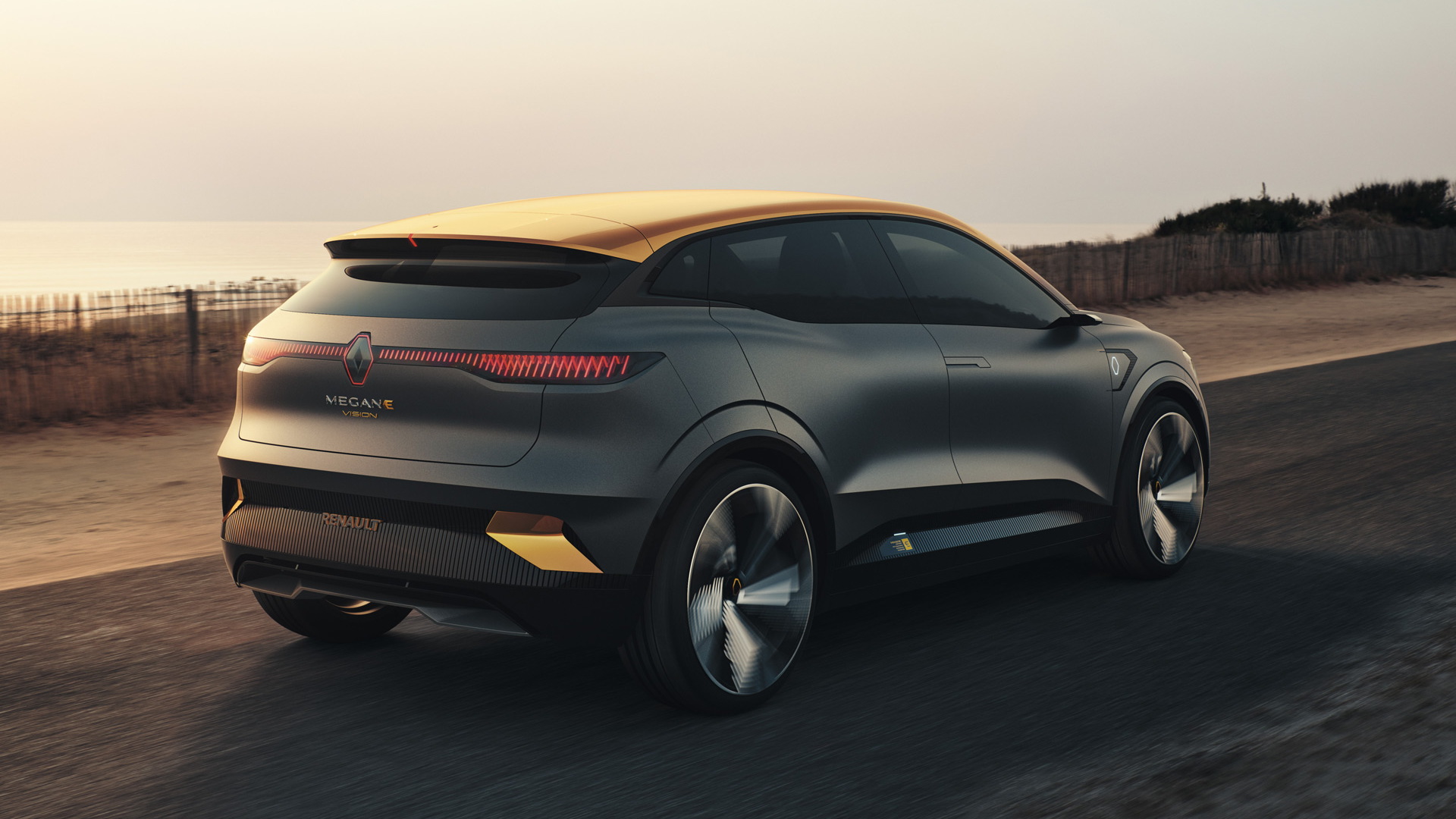 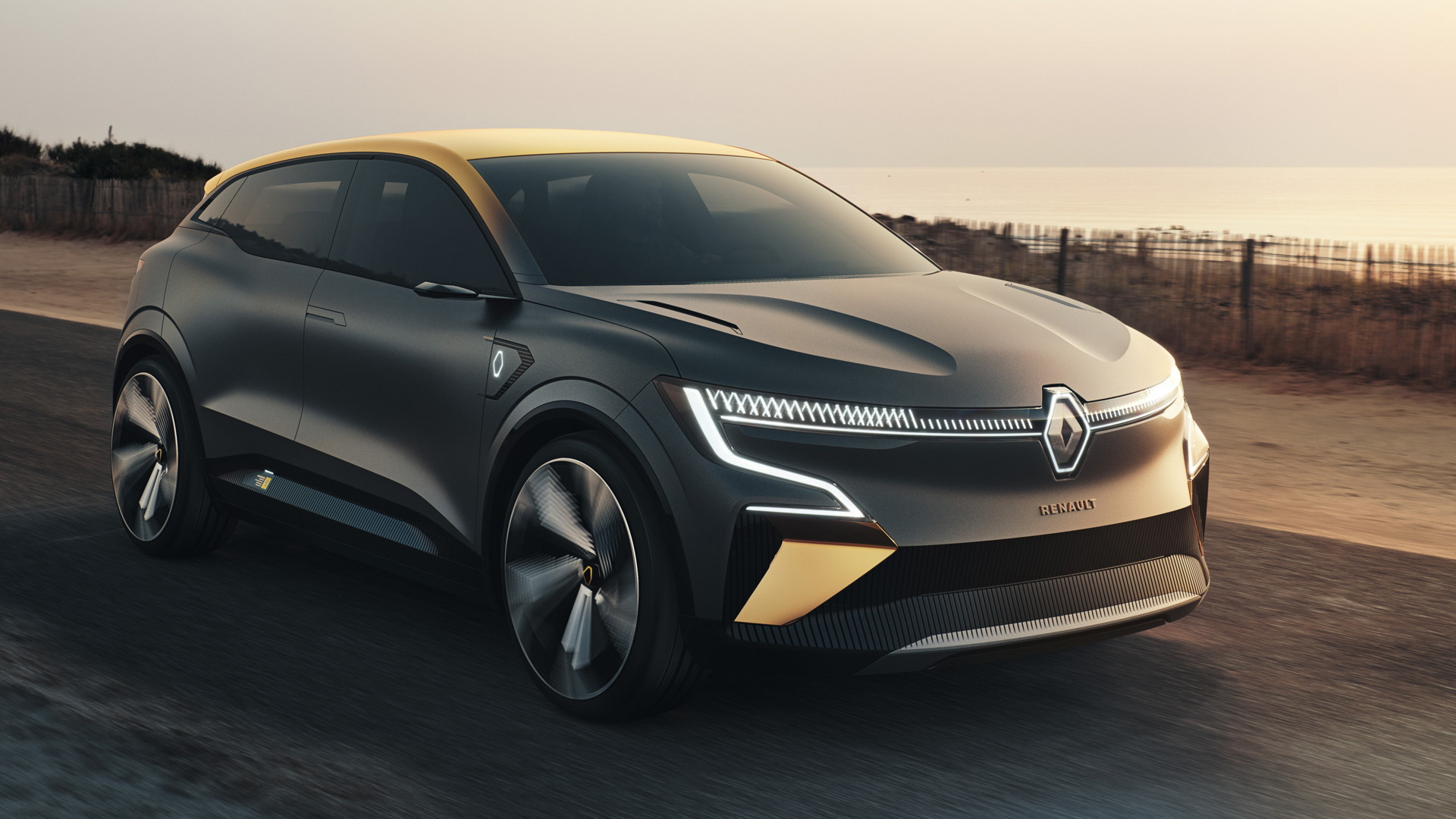 The platform underpins the upcoming Nissan Ariya and will also spawn a production version of this Megane eVision concept around 2021. While we won't see the Renault in the United States, Nissan has confirmed the Ariya for local sale starting late 2021.

Renault said the Megane eVision represents a reinvention of the compact hatchback, i.e. into something more versatile like an SUV, and with zero emissions. However, the production version isn't expected to directly replace the Megane hatch. Instead, it may hint at an expanded Megane family that will include a high-riding EV alongside the existing hatch, sedan and wagon body styles.

The Megane eVision also signals the styling direction for future EVs from Renault. Think big wheels, deeply sculpted surfaces, and plenty of LEDs. Interestingly, the way the daytime running lights form a switchback around a panel matching the body color looks to have been inspired by the design of the latest Chevy Silverado. 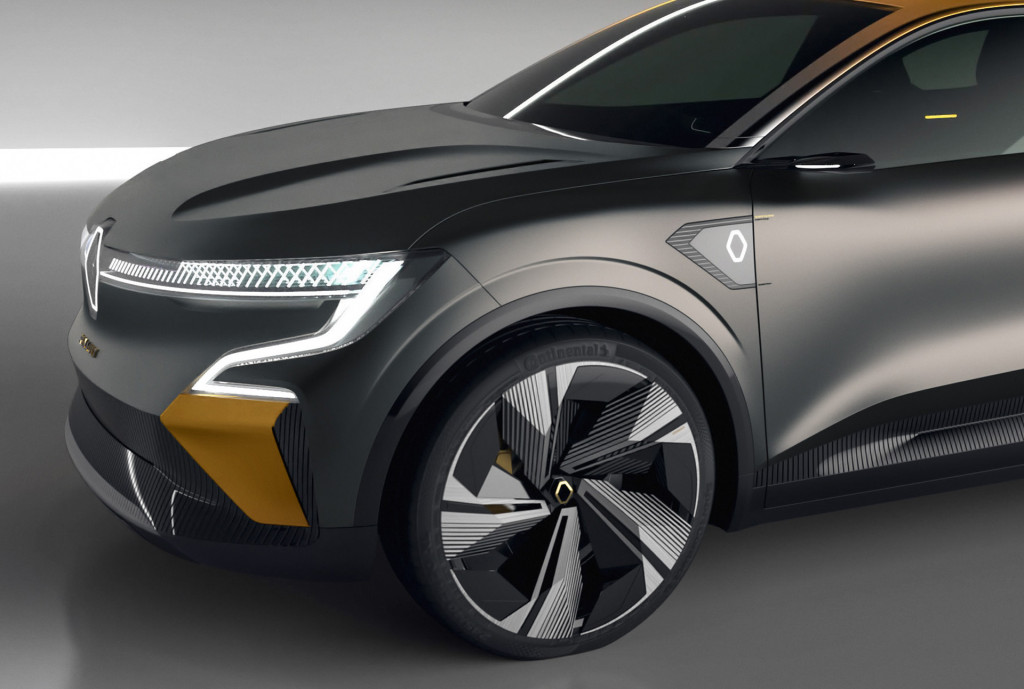 The concept features a 60-kilowatt-hour battery that Renault said is the thinner than any EV battery currently in production. The battery sits low in the floor and powers a single electric motor at the front axle, rated at 217 horsepower and 221 pound-feet of torque. This is enough for 0-62 mph acceleration in under eight seconds.

The concept measures just 165 inches in length, making it perfect for the city. Its small size also means it weighs a relatively light—for an EV—3,630 pounds. In comparison, Nissan's Ariya is a more substantial 182.9 inches long, though it's been designed to fit a 90-kwh battery.