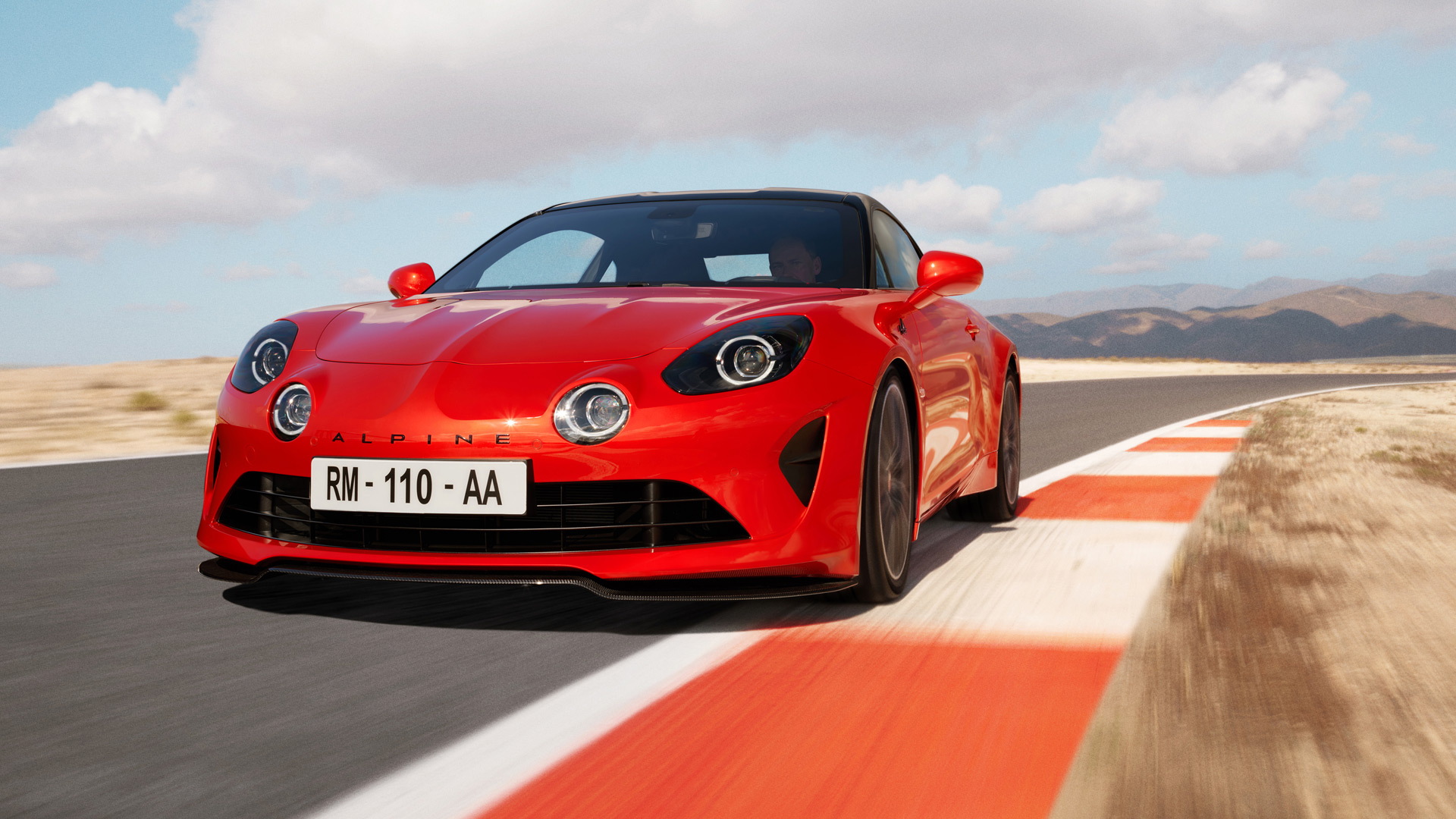 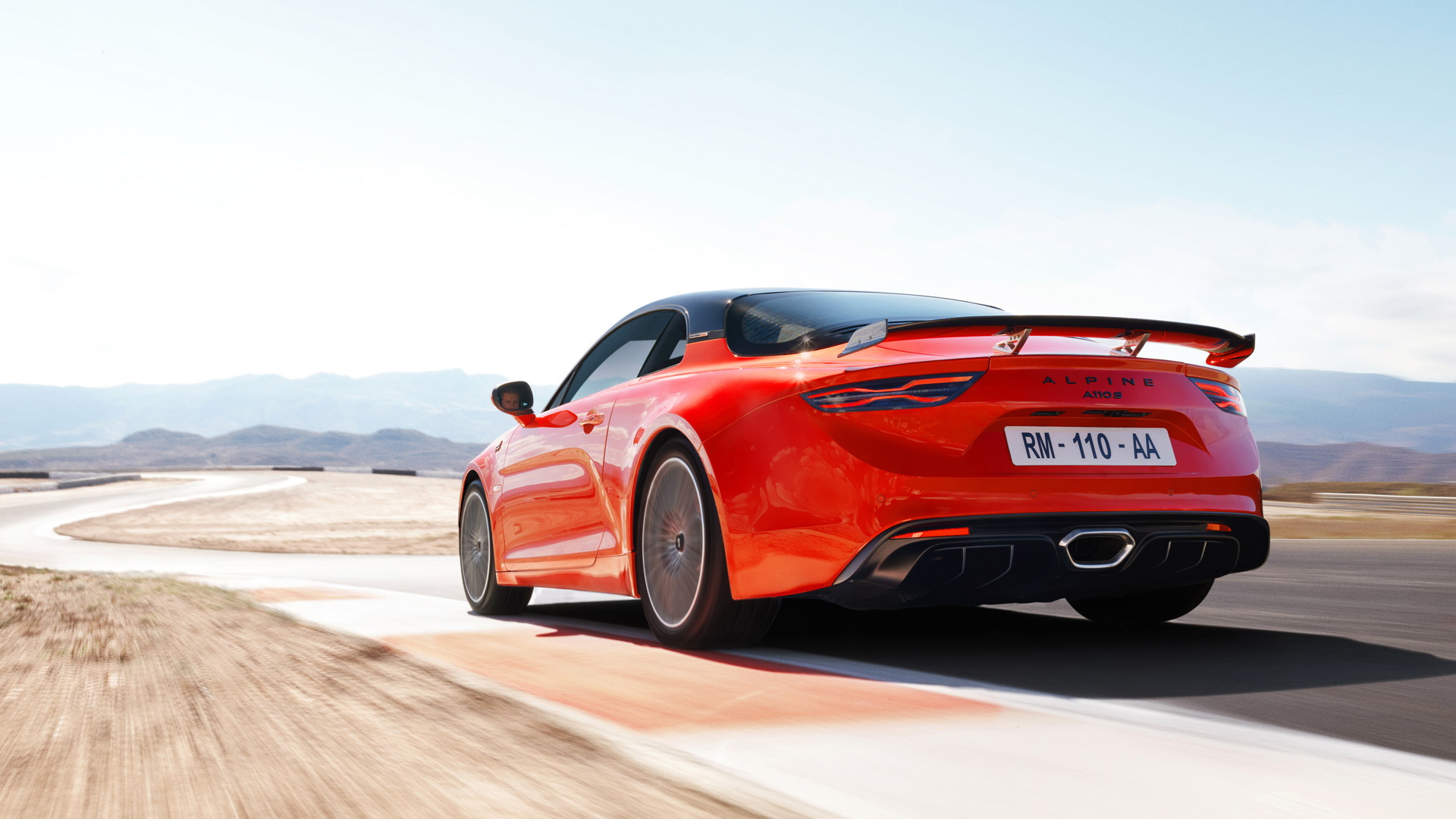 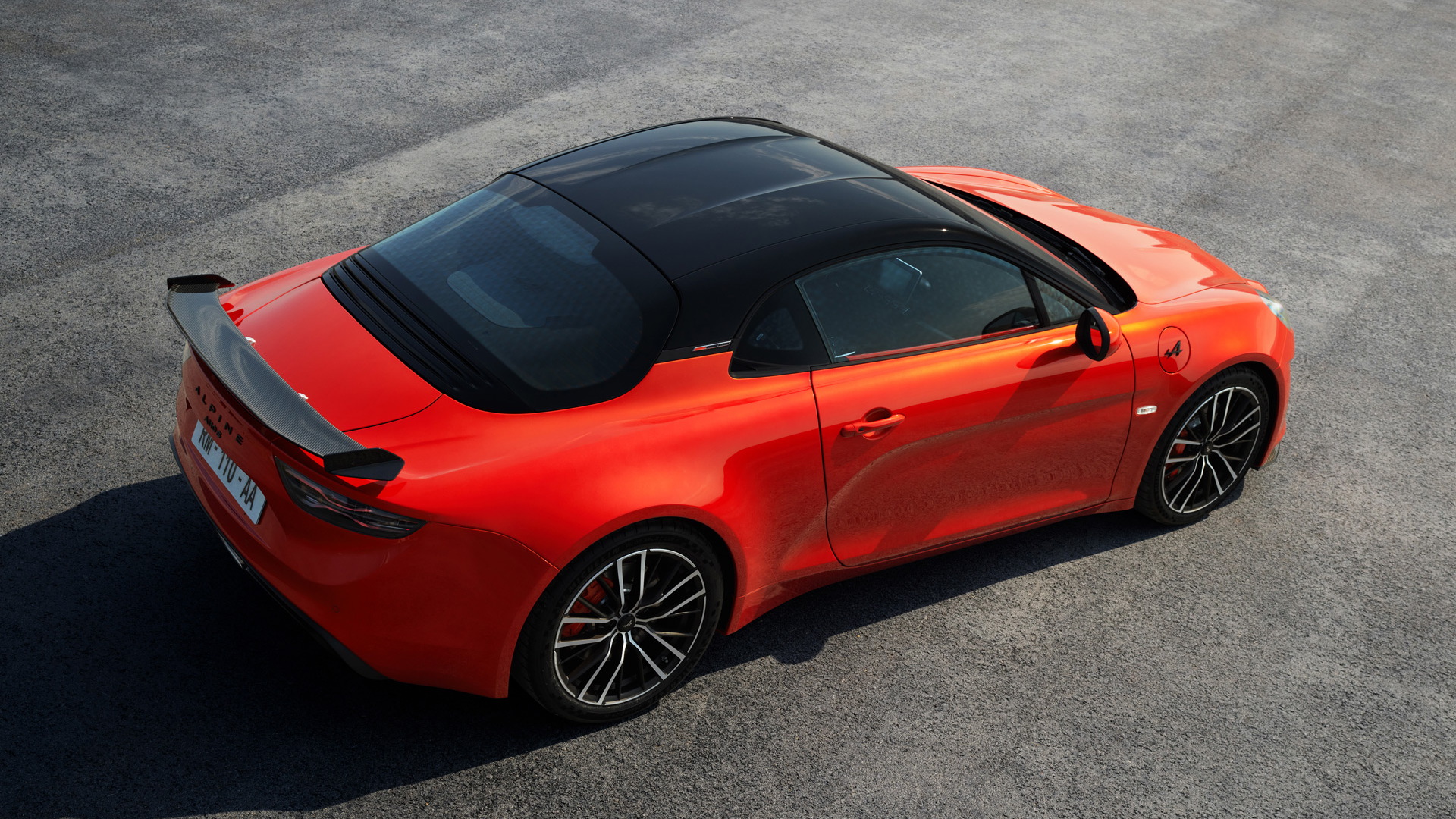 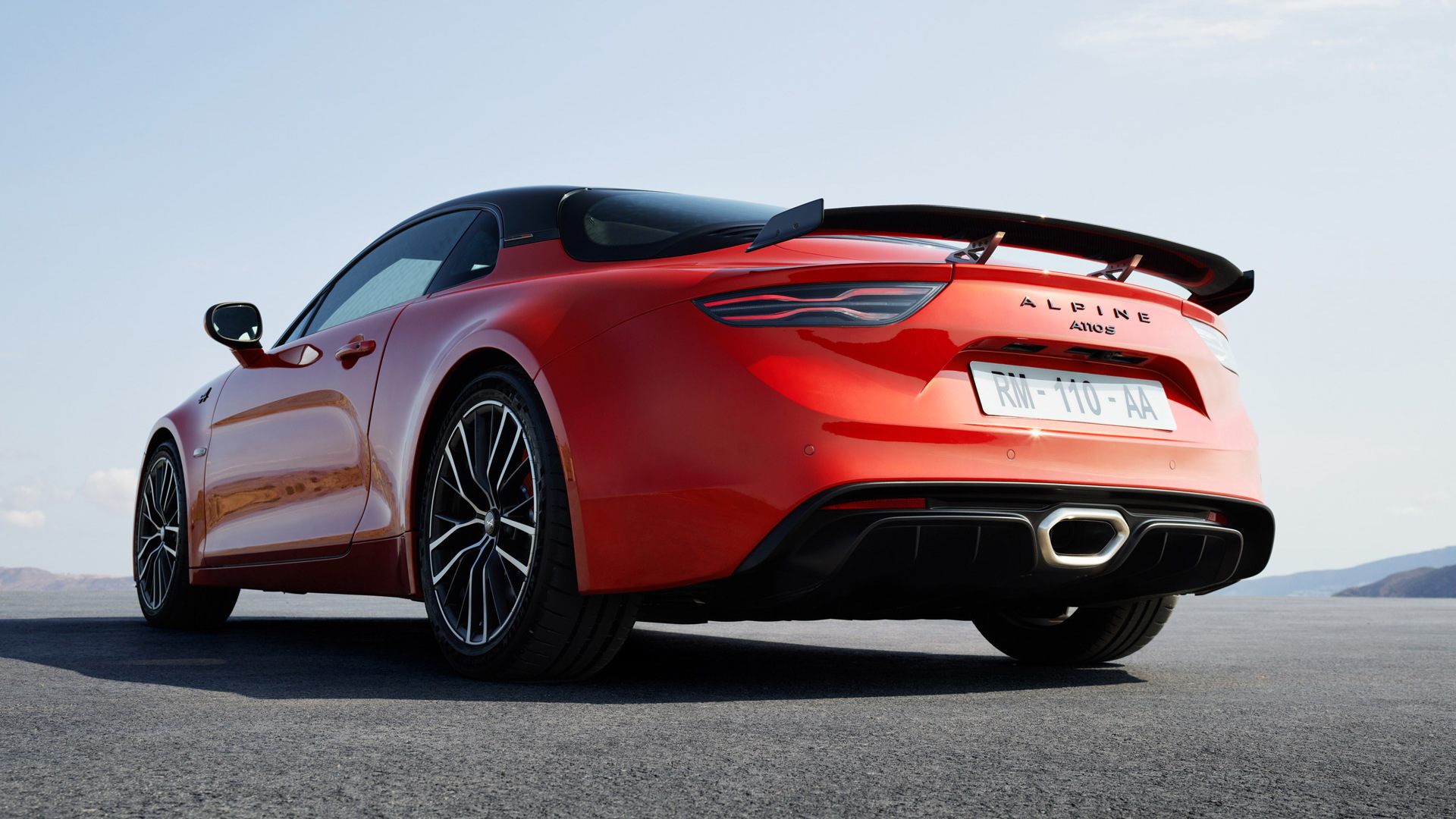 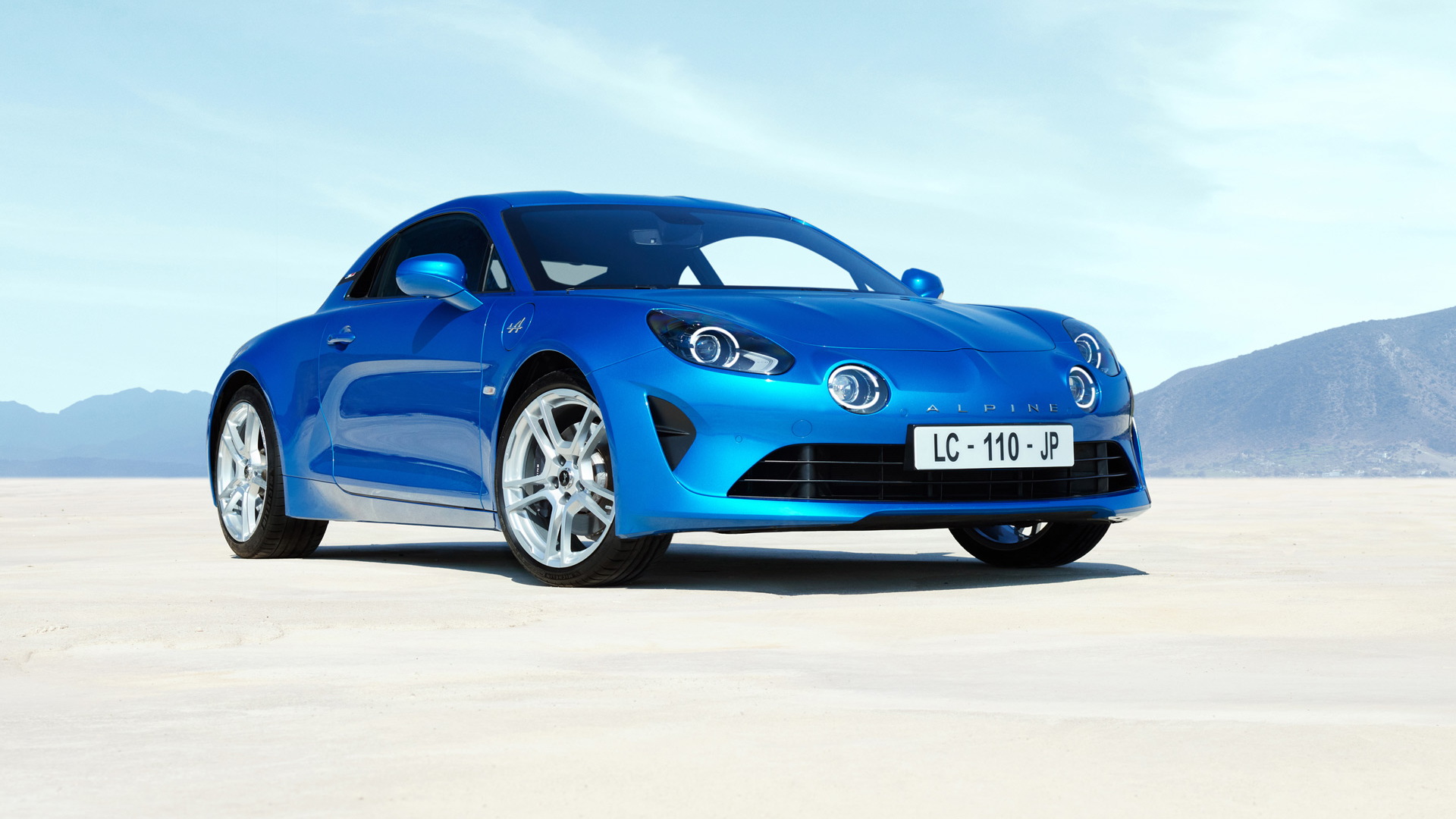 France's Alpine on Wednesday unveiled an updated version of its sole model, the A110. It's the second time the mid-engine sports car has been updated since the debut at the 2017 Geneva International Motor Show, with the latest updates bringing new technology and an expanded model lineup.

An A110 S performance range-topper was added in 2019, bringing a boost in power over the standard A110 and a chassis with more aggressive tuning. For 2022, a new A110 GT joins the lineup, boasting the same power boost as the A110 S but with cabin appointments and chassis tuning more in line with what the GT in its name signifies.

The A110 GT is being launched with a special Thunder Gray color. It also features “GT” badging on the rear and door sills, plus standard luxury appointments like leather seats with contrast stitching, as well as park assist with sensors and a rear-view camera. The car also comes standard with 18-inch wheels and Brembo brakes with 12.6-inch calipers, both of which are bigger than on the A110.

The A110 S features grippy sport seats from Sabelt as standard, as well as aluminum pedals, and microfiber trim with contrast stitching. The A110 S also features 18-inch wheels and 12.6-inch brake calipers, but with wider tires than on the A110 GT. The standard tires are Michelin Pilot Sport 4s but track fans can opt for Michelin PS Cup 2 Connect semi-slicks.

New for the A110 S is an available aero package. The kit includes carbon-fiber elements including a lip spoiler, rear wing, and underbody elements, and when fitted will help generate an additional 310 pounds of downforce. Alpine quotes a top speed of 170 mph for the A110 S equipped with the kit. The 0-60 mph time is also quoted at about 4.2 seconds.

All variants also come with an updated infotainment system that relies on a 7.0-inch touchscreen, and is compatible with Apple CarPlay and Android Auto. The system also understands some voice commands. Also new is Alpine Telematics (standard on the A110 S), a feature that presents, in real time, key metrics such as turbo pressure, gearbox temperature, torque, power, steering wheel angle and acceleration. There's also a built-in chronograph for track times.

Deliveries of the updated A110 range start next March in markets where the French brand operates, which sadly doesn't include the U.S.

The updates should keep sales of the A110 brimming until Alpine makes its electric transformation around the middle of the decade. Alpine is working on at least three electric vehicles, the first of which is due in 2024. They include a crossover, hot hatch and a sports car. The sports car is being developed in partnership with Lotus on the British brand's new E-Sports platform.