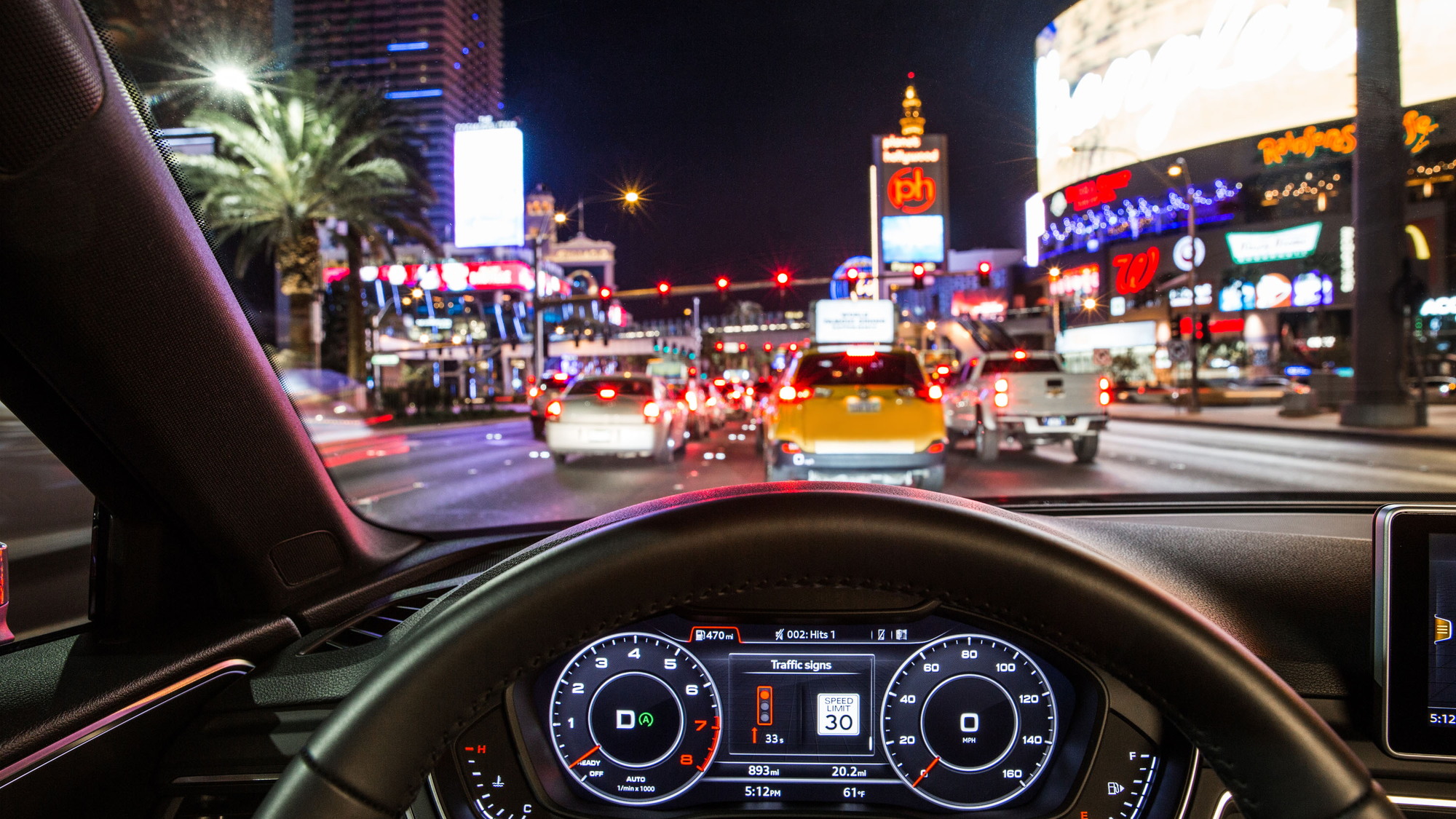 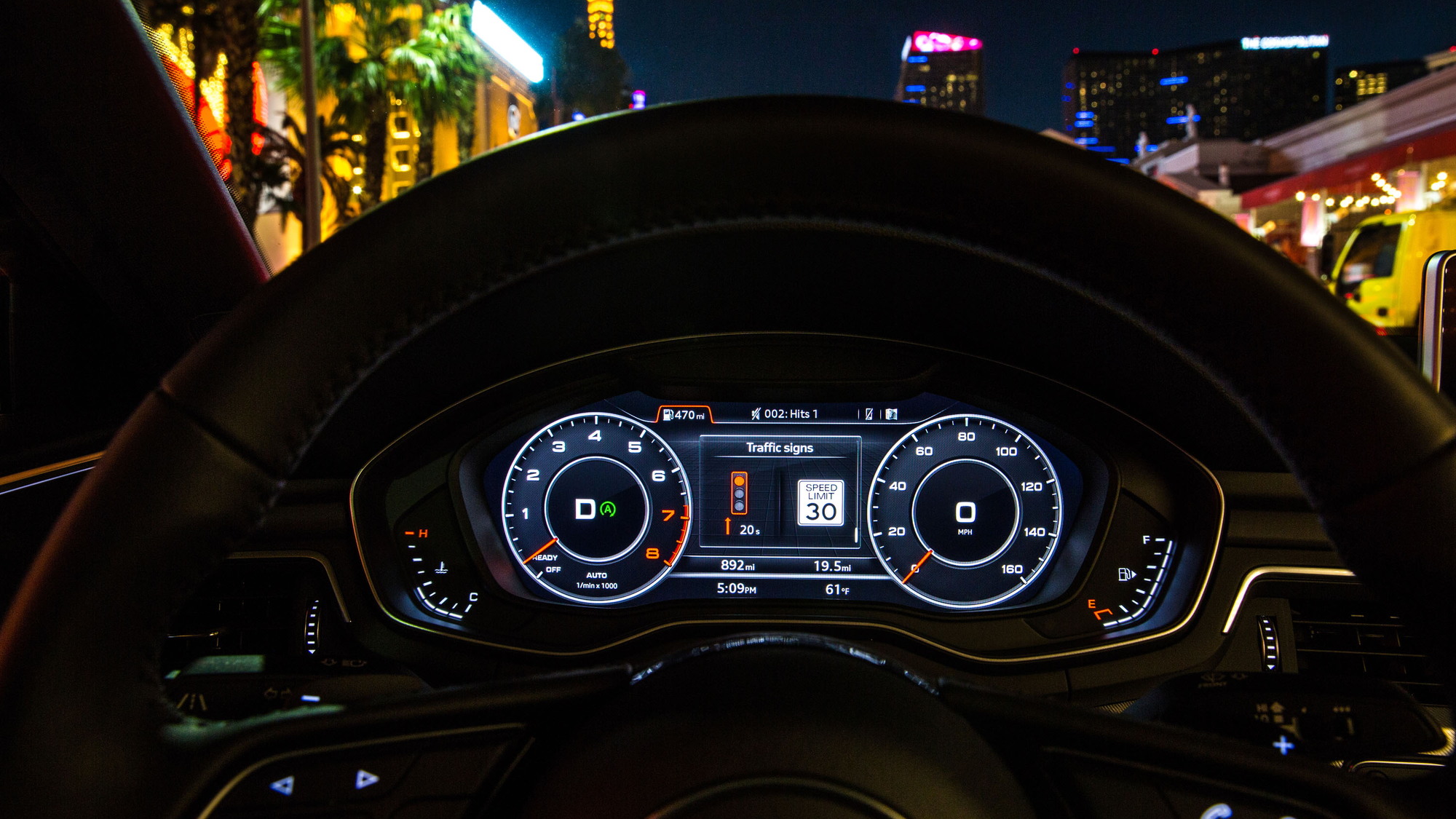 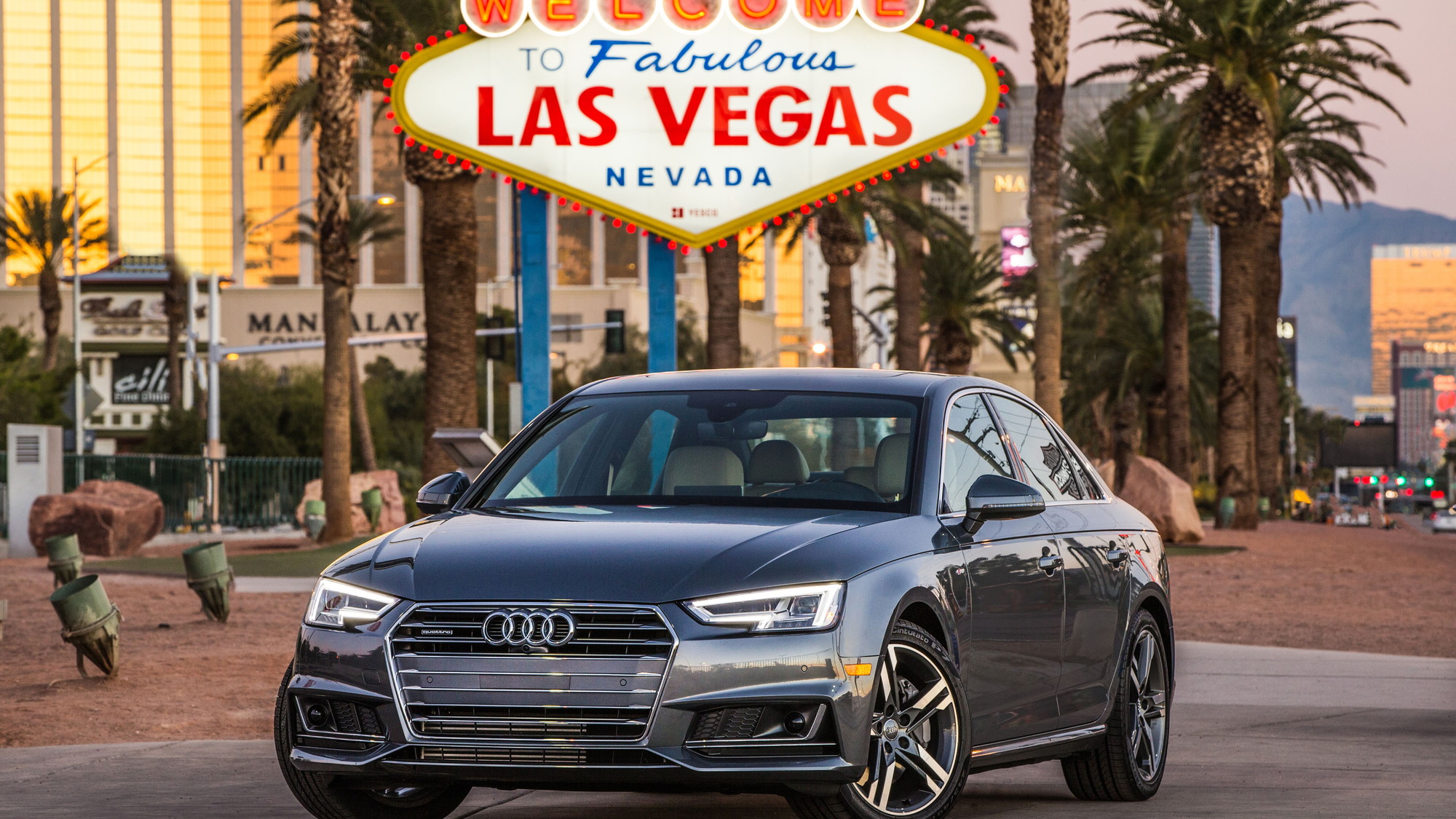 A countdown clock silently ticks down to 0:00 in the Audi A4’s instrument cluster display, almost like the timer on an oven. Except instead of a baked casserole, the A4’s timer ends just as the traffic light in front of us turns from red to green.

This is no coincidence; the Audi has received this information from the traffic light itself. It’s one of the first cars available to consumers that can have a conversation with the outside world. And it’s a major leap forward.

Flick the A4’s turn signal and the system senses that you’re headed toward a protected left turn, where it starts counting down to when the signal’s arrow will change from red to green.

With this newfound time, which can admittedly add up in congested Las Vegas, Audi hopes its drivers will relax instead of impatiently tapping their fingers on the steering wheel.

At first glance, a countdown in the A4’s gauges seems of dubious value. After all, how impatient or distracted are we that we need to be told exactly when a traffic light is going to change? But this trick is no gimmick. Audi’s Traffic Light Information system, as the automaker calls it, represents the very first time a vehicle has communicated directly with a city’s infrastructure.

It’s yet another mile marker on the road to fully self-driving cars, the kind that will allow drivers to sit back and relax while reading a book while their vehicle motors along on a pre-determined route.

Several 2017 model year Audis—the brand’s A4, A4 Allroad, Q7, and Q5, with other models set to follow—can be fitted with this ability to talk to traffic lights via a 4G LTE cellular connection. It’s all part of the automaker’s Audi Connect suite of programs that utilizes the AT&T network for a number of connectivity features like making the vehicle a WiFi hotspot, sending news stories to the infotainment system, and displaying high-resolution Google Earth maps in the instrument cluster. Audi includes a Connect subscription for six months on so-equipped vehicles (about 80 percent of its 2017 A4 lineup). After that, it’s $30 per month for the plan that includes Traffic Light Information.

The hurdle, at least for now, isn’t the vehicles themselves or the relatively modest monthly charge for the full Audi Connect tech suite. It’s the infrastructure. Currently, the only connected city is Las Vegas, where tourists in taxis and pay-by-the-minute Lamborghinis cruising the Strip have no idea just what data is flying past them. This oasis in the desert has the most sophisticated vehicle infrastructure in the world.

DON'T MISS: How Traffic Light Information could save fuel

All this data is transmitted to an innocuous beige building on a quiet corner a few miles from the strip. It’s in here that the Regional Transportation Commission of Southern Nevada operates a central traffic command center that, on the surface, looks just like what you’d find in any other major metro area. It’s a room full of screens, computers, desks, and, on our early December visit, a Christmas tree eerily wrapped in festive Nevada State Patrol crime scene tape.

From this nerve center, workers monitor about 1,100 of the metro area’s intersections and they’re connected to over 500 video cameras. Unlike other traffic command centers, Southern Nevada’s lives up to its name; it’s a partnership between the entire region’s towns and cities and its reach extends to the state’s borders with California, Arizona, and Utah. This consolidation means that our A4 can drive around the entire Las Vegas area predicting when traffic lights will change.

In addition to its partnership in Nevada, Audi says that it’s working with other cities, but the automaker concedes that it faces an uphill battle since most cities and suburbs handle things independently with little cooperation. Additionally, the Las Vegas area has invested heavily in smart road tech; the region believes that solving future congestion issues will depend more on improving traffic flow than on simply building more roads.

Frankly, they’re right. Adding lanes to reduce congestion is an exercise in futility, highway planners have discovered. Studies indicate that more lanes simply encourage more driving, which doesn’t fix anything. Cities beyond Las Vegas are in the process of removing freeways—something that highway departments in Milwaukee and Portland, Oregon, have already done. Instead, new roads are increasingly set to rely on “connected” technology that will allow the pavement itself, in addition to the stop lights in Las Vegas harnessed by Audi, to communicate directly with vehicles to alert them to changing road conditions.

This level of vehicle to infrastructure communication is, of course, in its infancy. On our Las Vegas drive, the Audi occasionally ignored some traffic lights and for others the system was off by a few seconds. To discourage drivers from simply stepping on the gas instead of looking up to confirm that the light has changed, Audi has the counter disappear after it reaches four seconds remaining; those last few seconds are up to the driver.

But look beyond that beta-feeling clunkiness and it’s not hard to imagine a future where vehicles will automatically slow down, come to a halt, and turn off their engines at traffic lights before starting up again on their own.