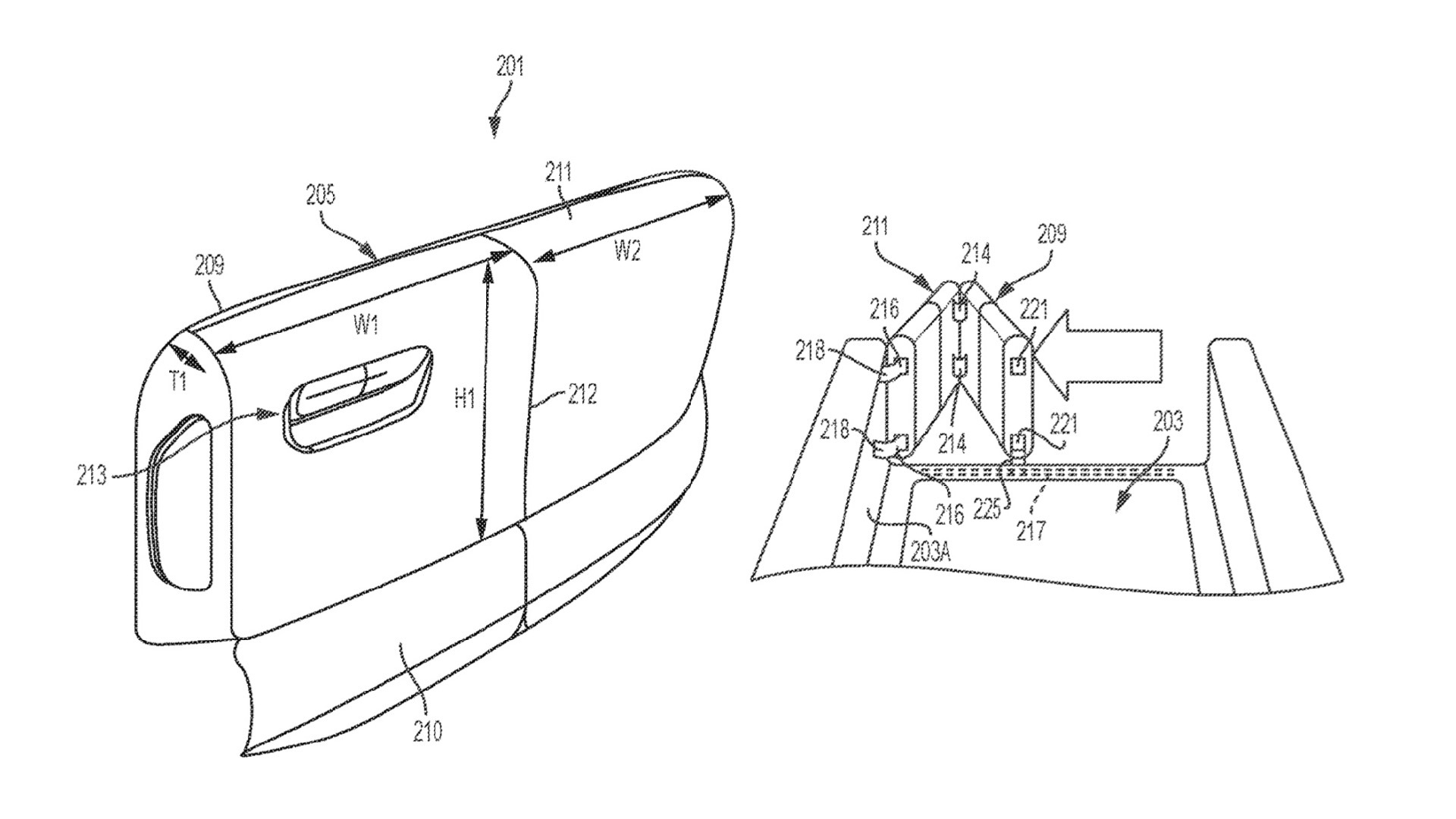 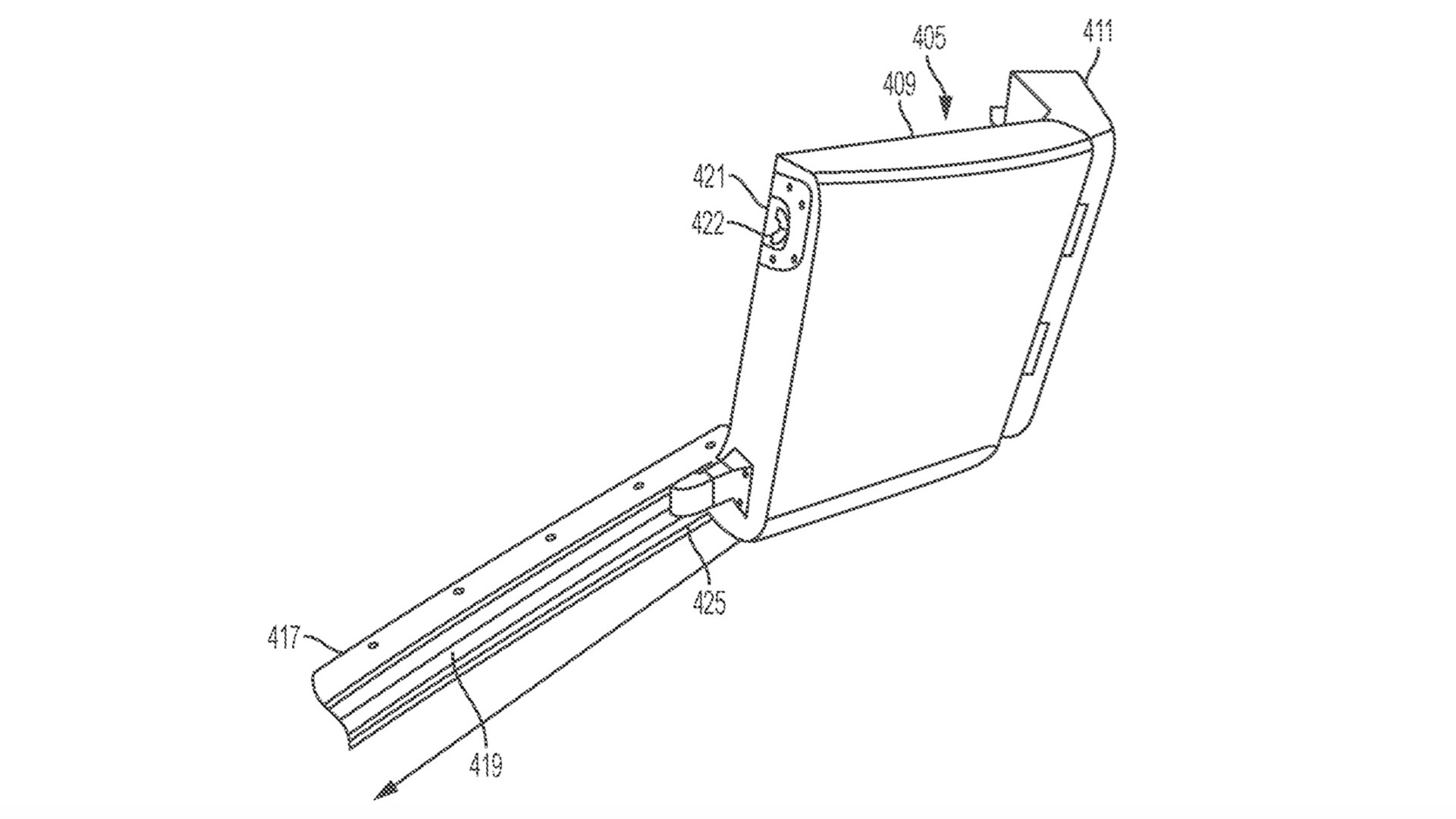 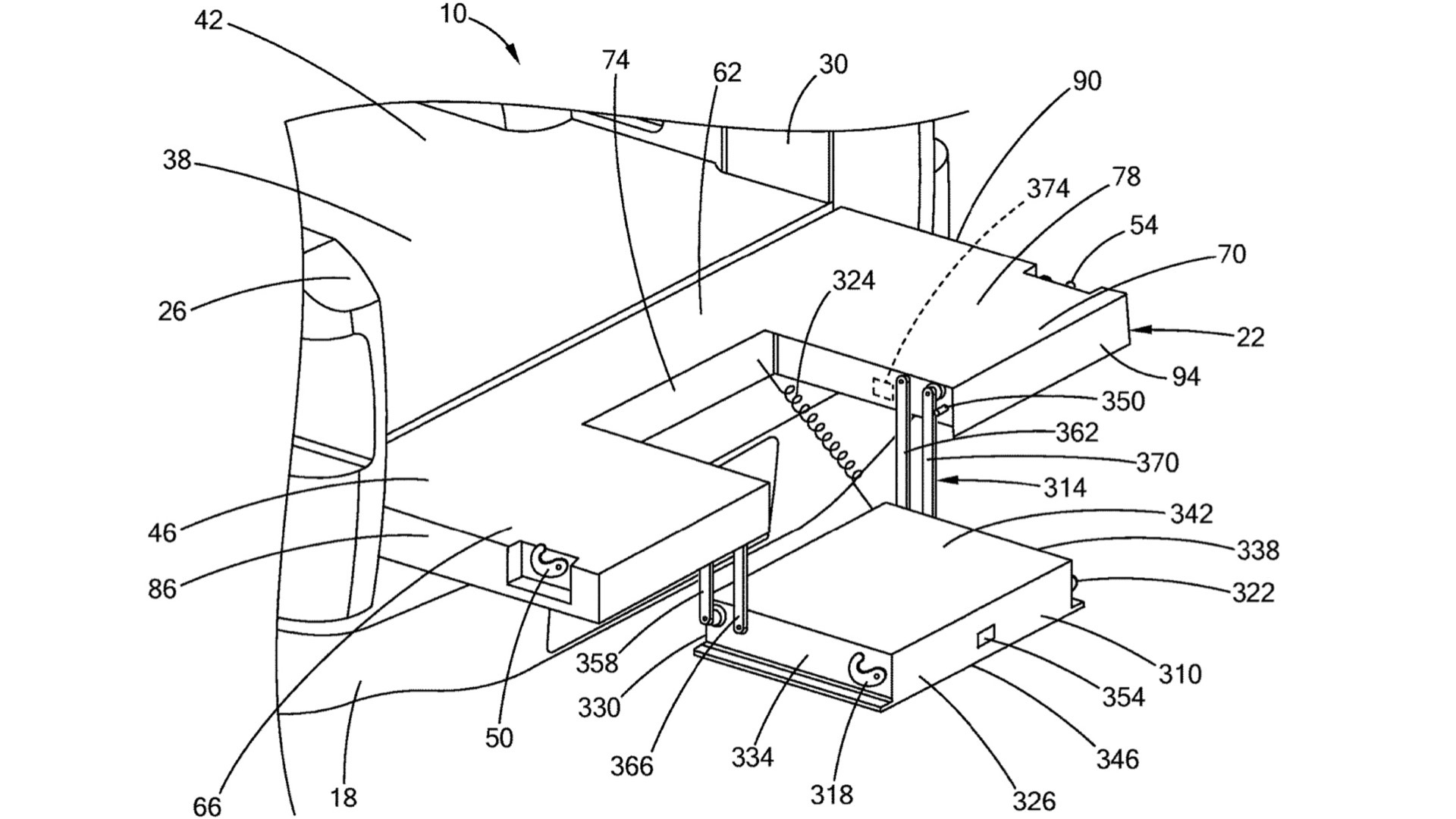 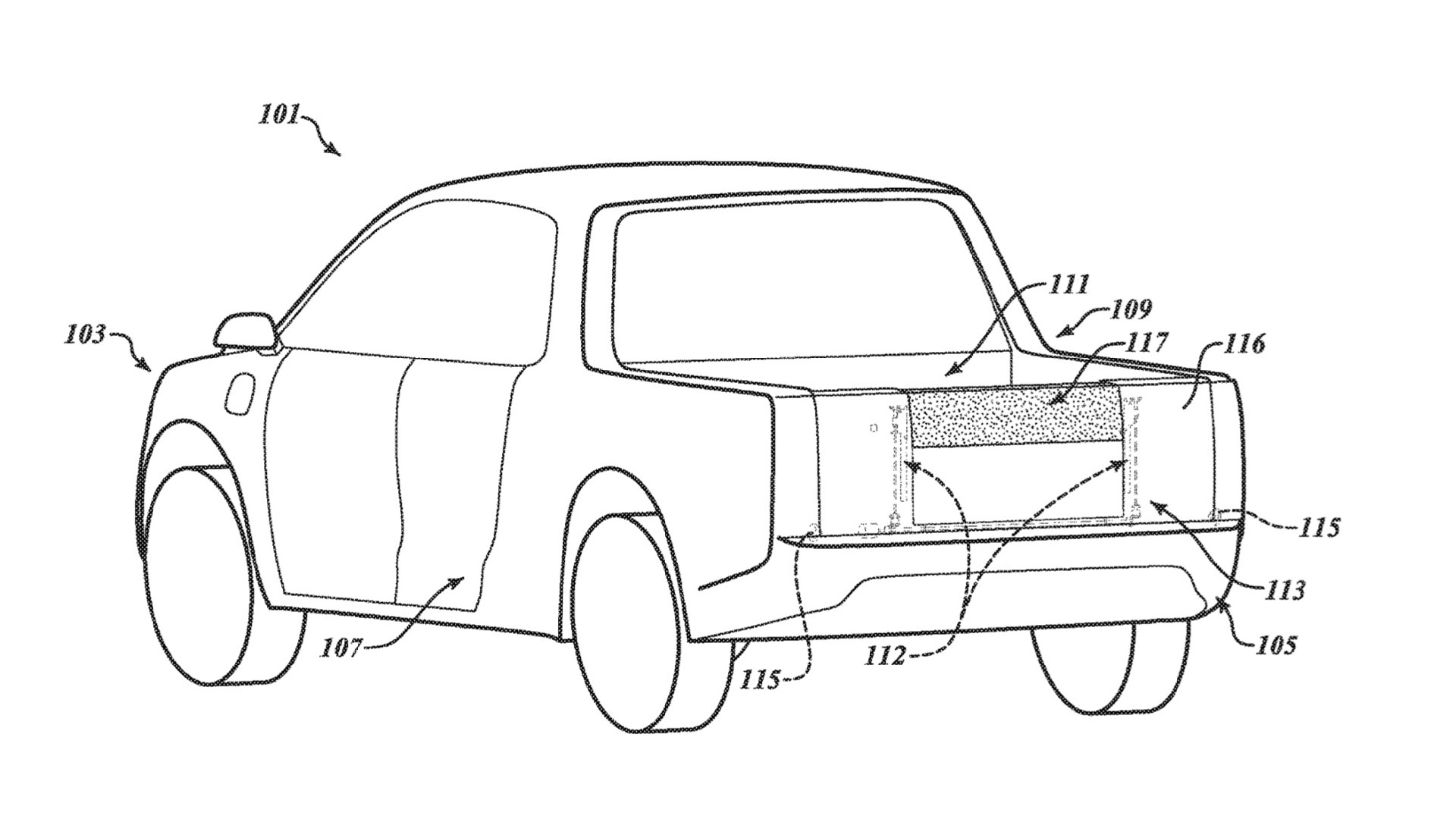 First spotted by CarBuzz, one filing with the United States Patent and Trademark Office (USPTO) describes a tailgate with an integrated step. The center section of the tailgate drops down to create the step, allowing for easier access to the bed.

Integrated steps are nothing new. Ford offers a fold-out step on its F-Series pickups, and a step is also one feature of the MultiPro and Multi-Flex tailgates available on the GMC Sierra and Chevrolet Silverado, respectively. However, Rivian has another patent for something completely different.

A second recent patent filing describes a folding tailgate that slides along a track, folding into two sections accordion-style. This makes it easier to grab items in the bed because you don't have to reach over an open conventional tailgate, Rivian said in the filing. However, it looks like the folded sections will also block part of the bed.

A third patent filing shows a telescoping tailgate, with a middle section that can open and close independent of the rest of the tailgate. This could allow drivers to carry longer items without opening the entire tailgate, similar to the slot in the GM MultiPro/Mutli-Flex tailgates.

It's unclear if any of these tailgate designs will make it to production. Auto-industry patents don't always translate to commercialization, after all. The Rivian R1T, which we named Motor Authority Best Car To Buy 2022, already features a clever Gear Tunnel storage space in the side of the bed. But multifunction tailgates are becoming a trend among other truck makers.

In addition to GM's MultiPro and Multi-Flex tailgate, Ram has a vertically-split tailgate that opens in two sections. Ford recently filed a patent application for a trisected tailgate although, as with Rivian's designs, it's unclear if it will make production.

These tailgates are for internal-combustion trucks, but GM has also announced a Multi-Flex Midgate for the 2024 Chevy Silverado EV, reviving an idea from the early 2000s Chevy Avalanche and Cadillac Escalade EXT. The Silverado EV will also get the Multi-Flex Tailgate as standard equipment.