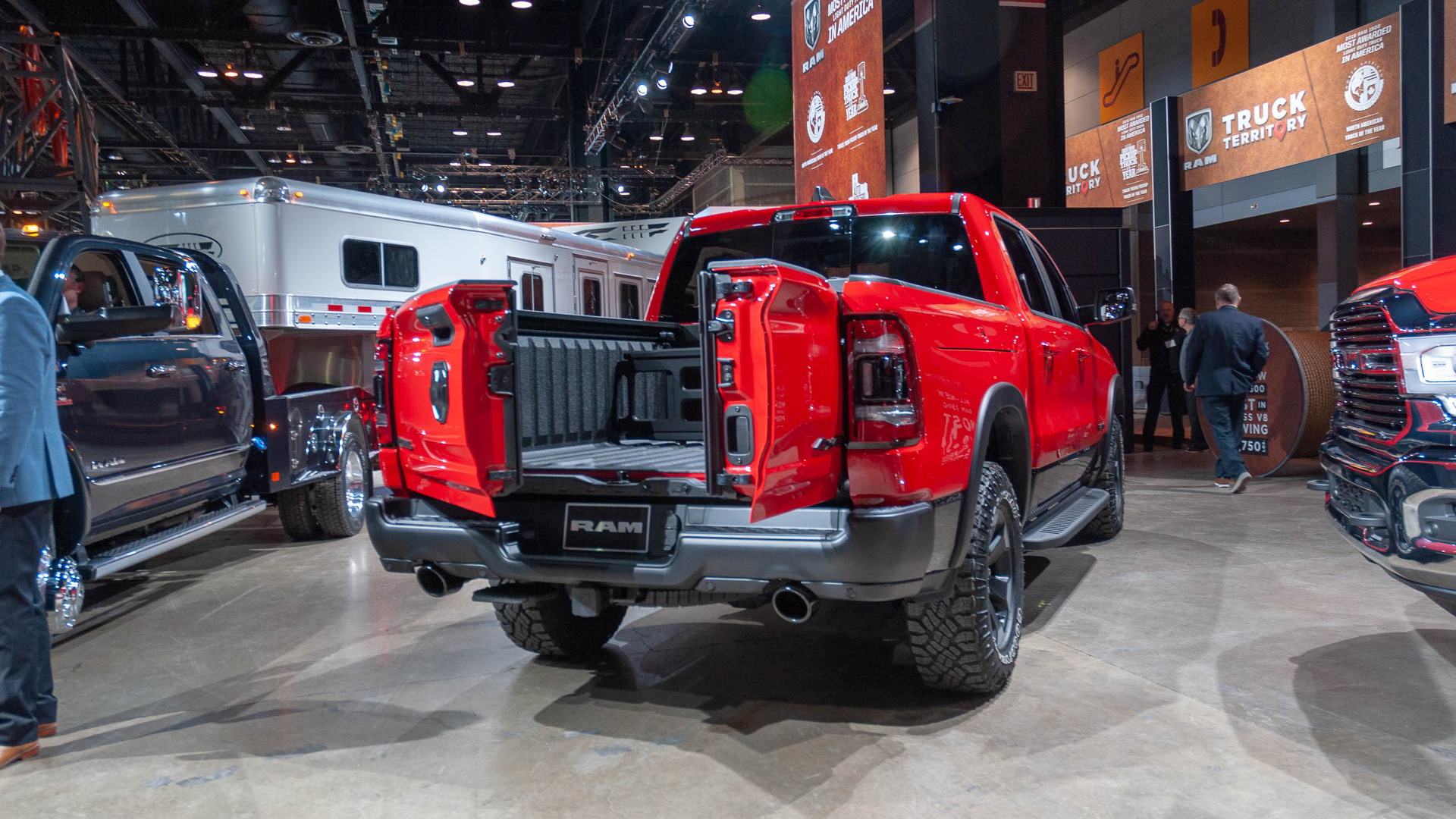 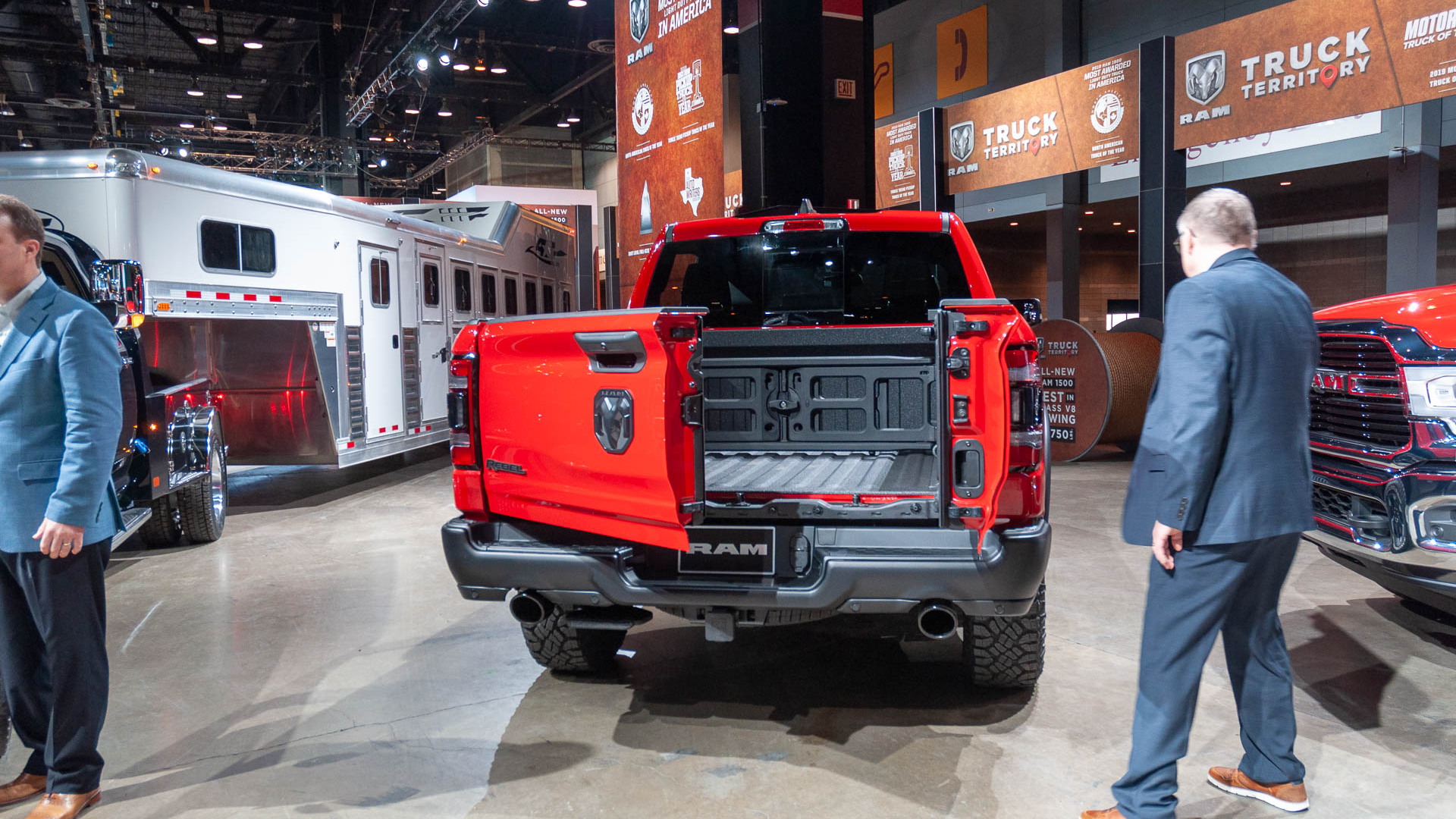 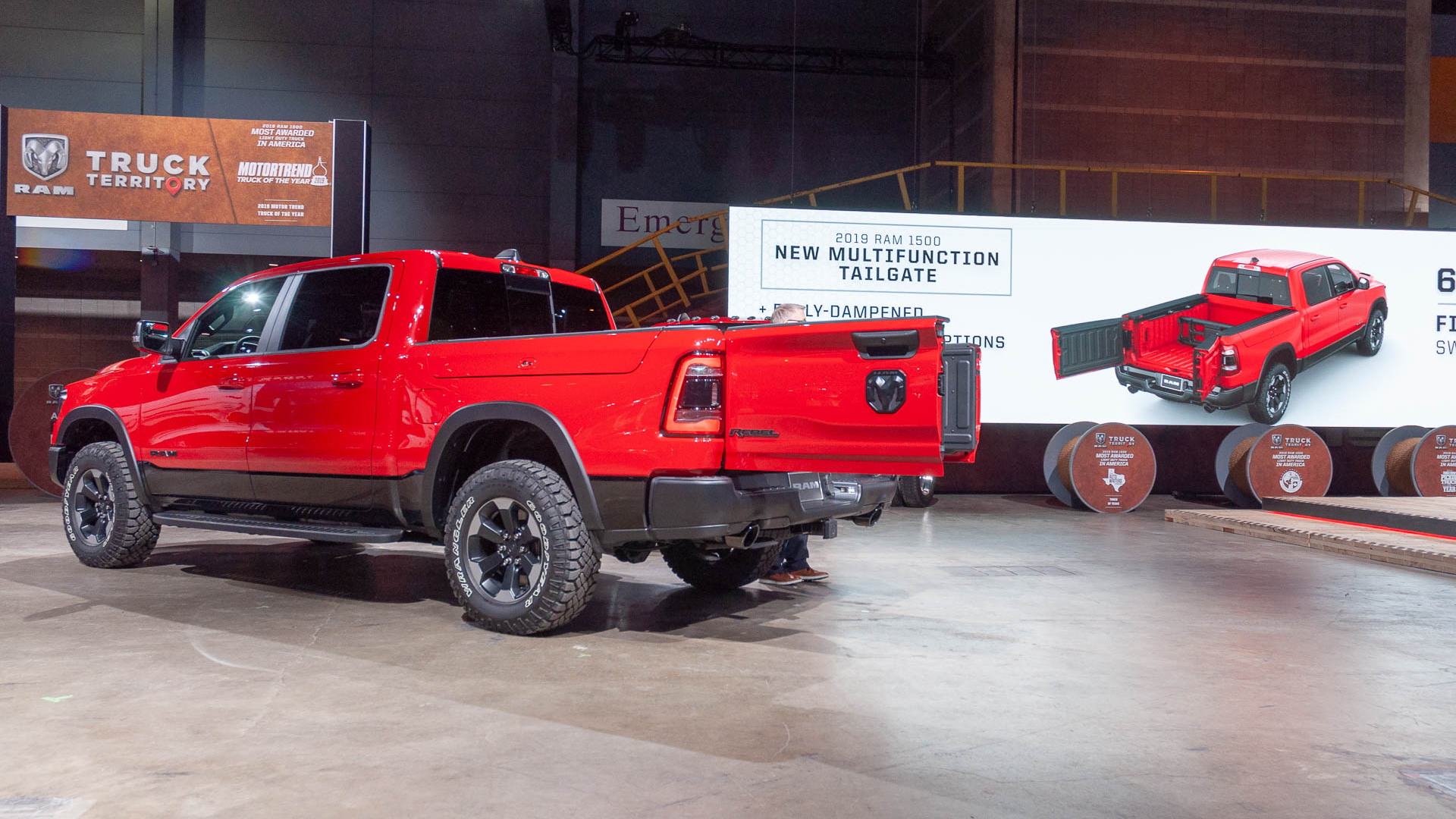 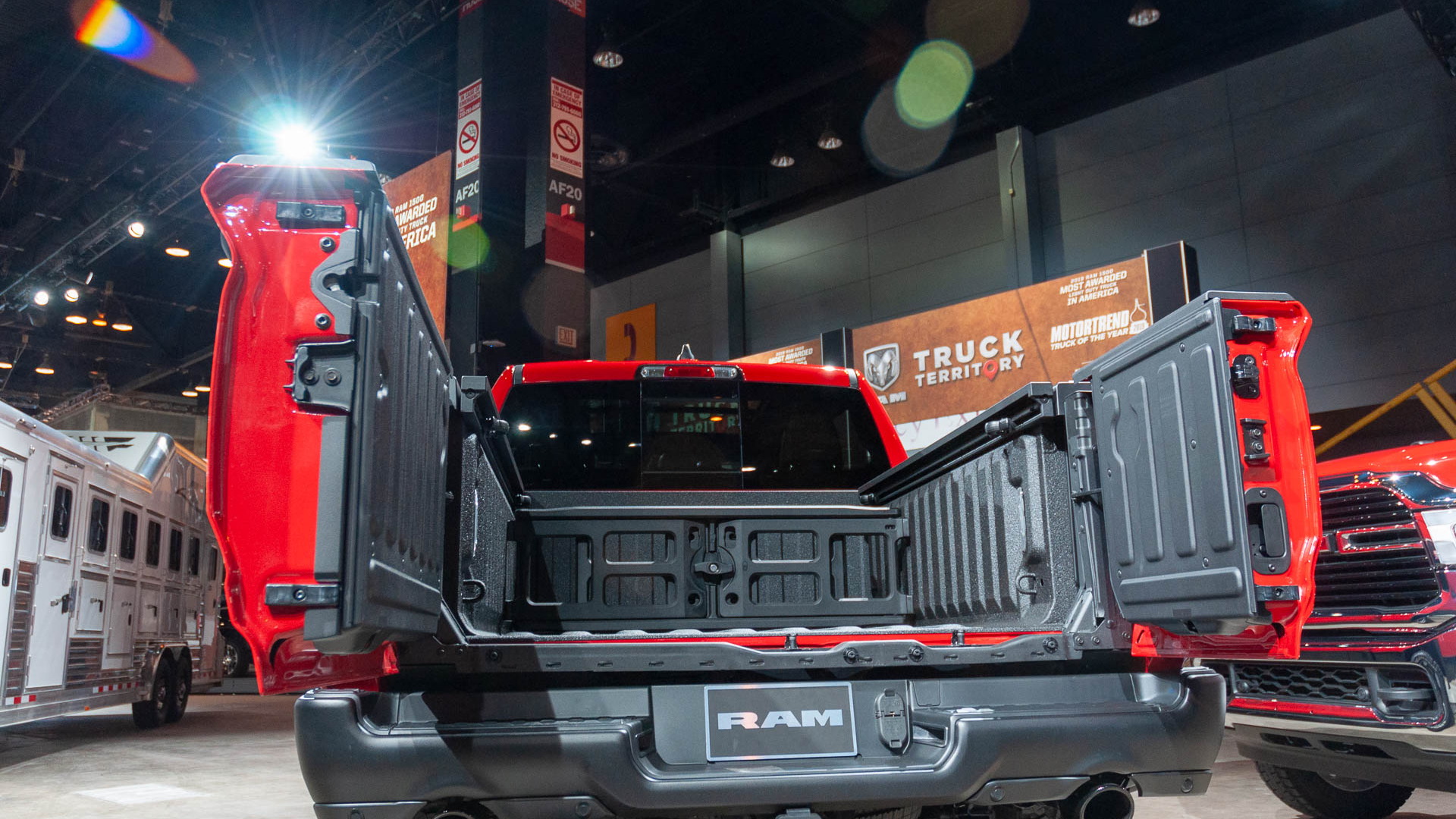 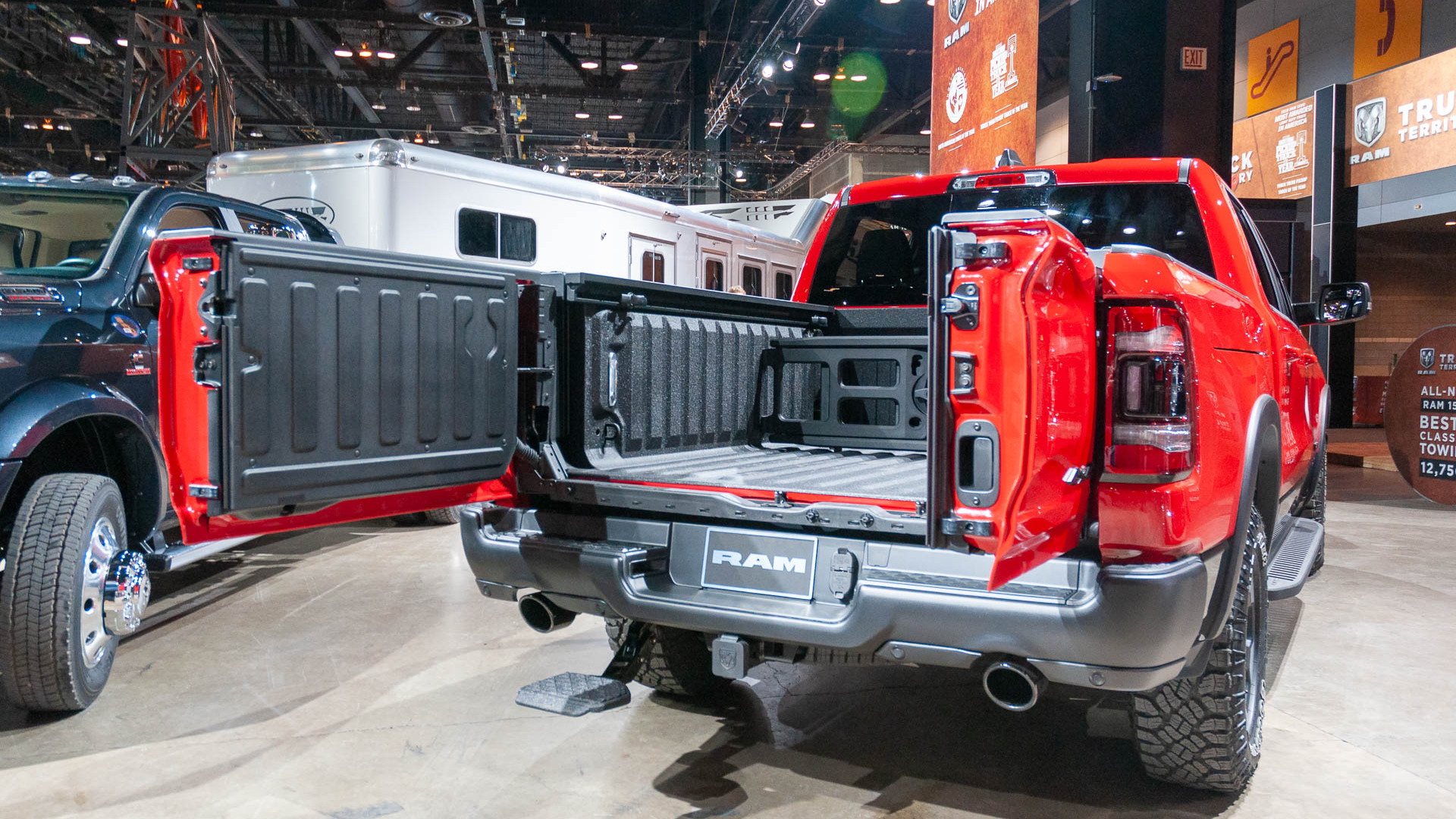 The redesigned 2019 Ram 1500 is already one of the most versatile trucks on the market, but its functionality has been dialed up a notch thanks to the addition of the new Multifunction Tailgate.

The split tailgate can be opened at multiple angles, offering users greater cargo-access flexibility than your typical truck.

Even the new MultiPro tailgate GMC introduced on its redesigned 2019 Sierra 1500 doesn't have a split design.

With Ram's Multifunction Tailgate, there's the standard drop-down function, but the tailgate's split, which is off-center, means it can also be opened from either the left or right sides of the bed. The doors swing open at an angle of 88 degrees, and for further access a retractable center-mounted step option can be added.

And unlike some rival designs, Ram's Multifunction Tailgate is trailer-friendly as it doesn't require the trailer and hitch to be removed before opening. It also doesn't lose any towing capacity over the standard tailgate, meaning a 2,000-pound load rating.

The Multifunction Tailgate is packaged with a spray-in bedliner and is designed for all seven 2019 Ram 1500 models. It will be available in the second quarter of 2019 priced from $995. The optional center step adds $295 to the price tag.