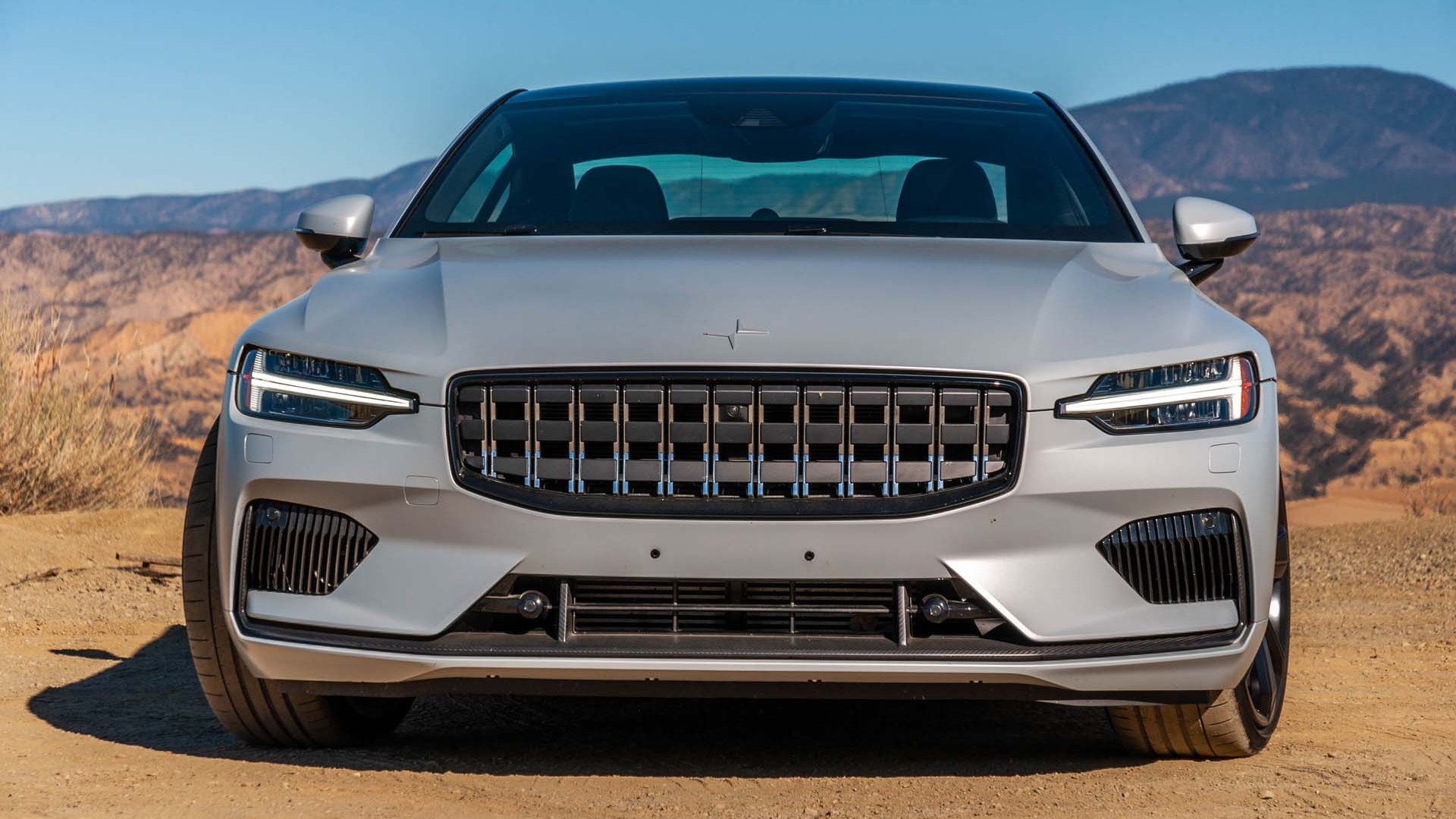 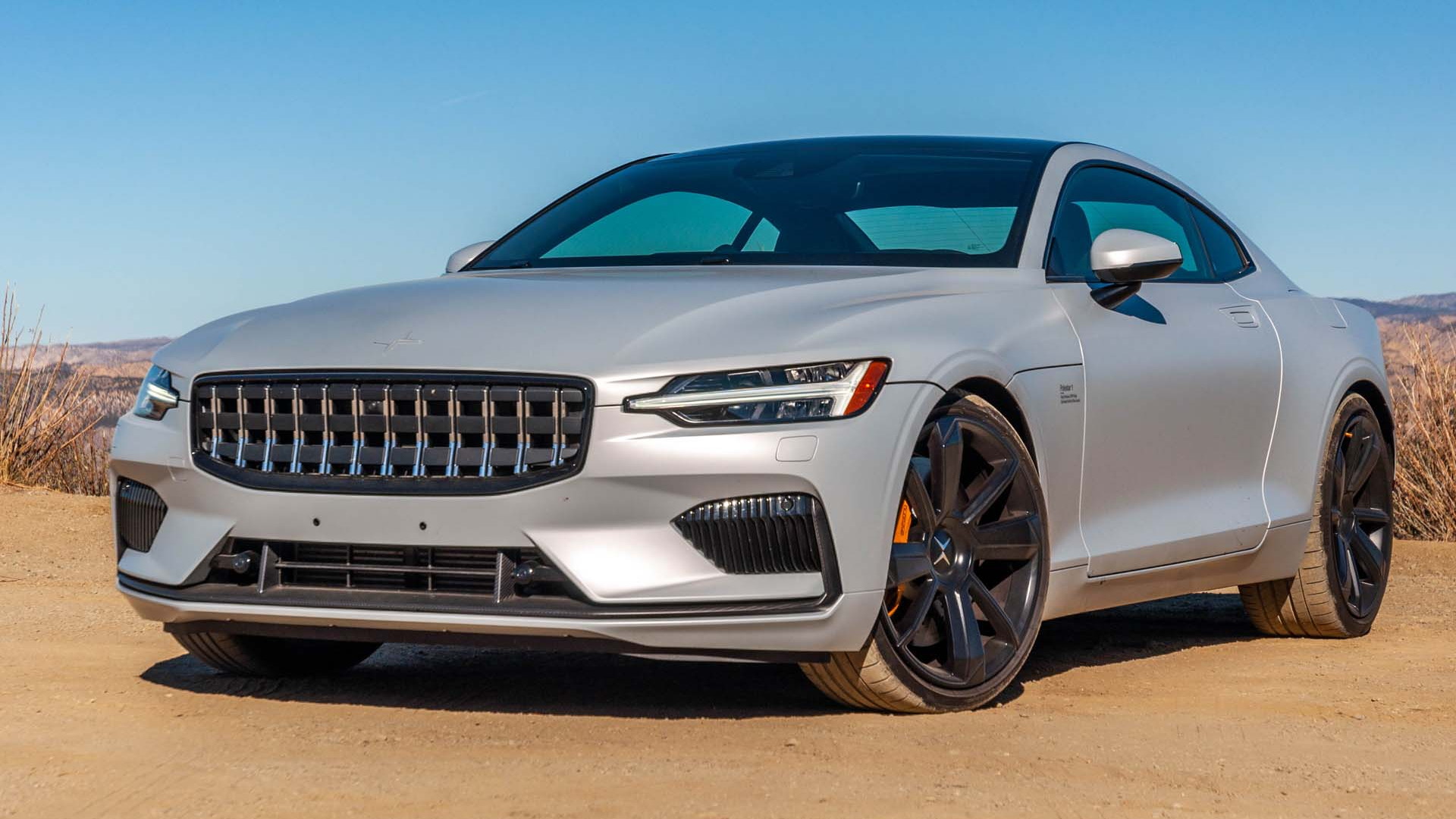 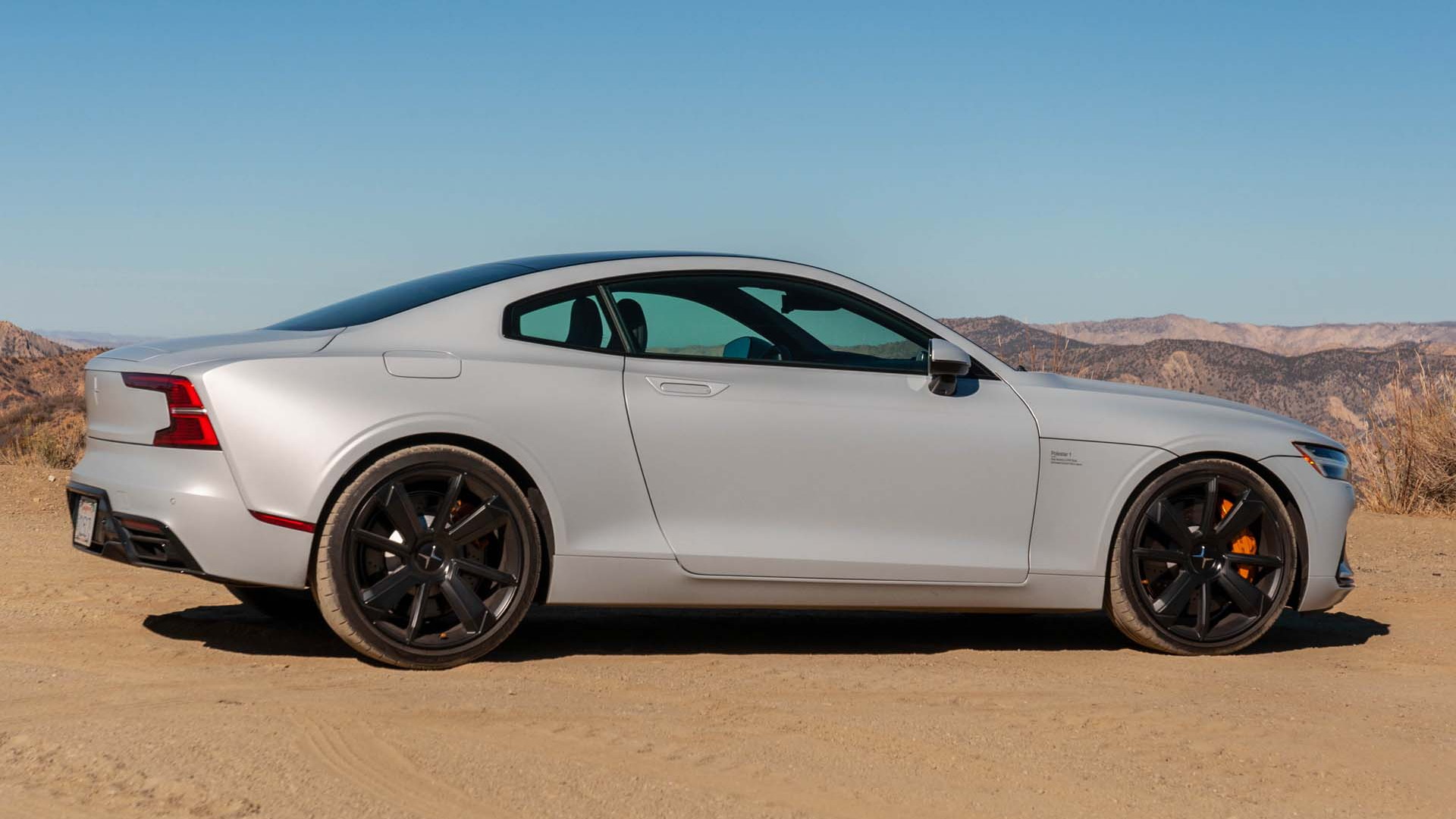 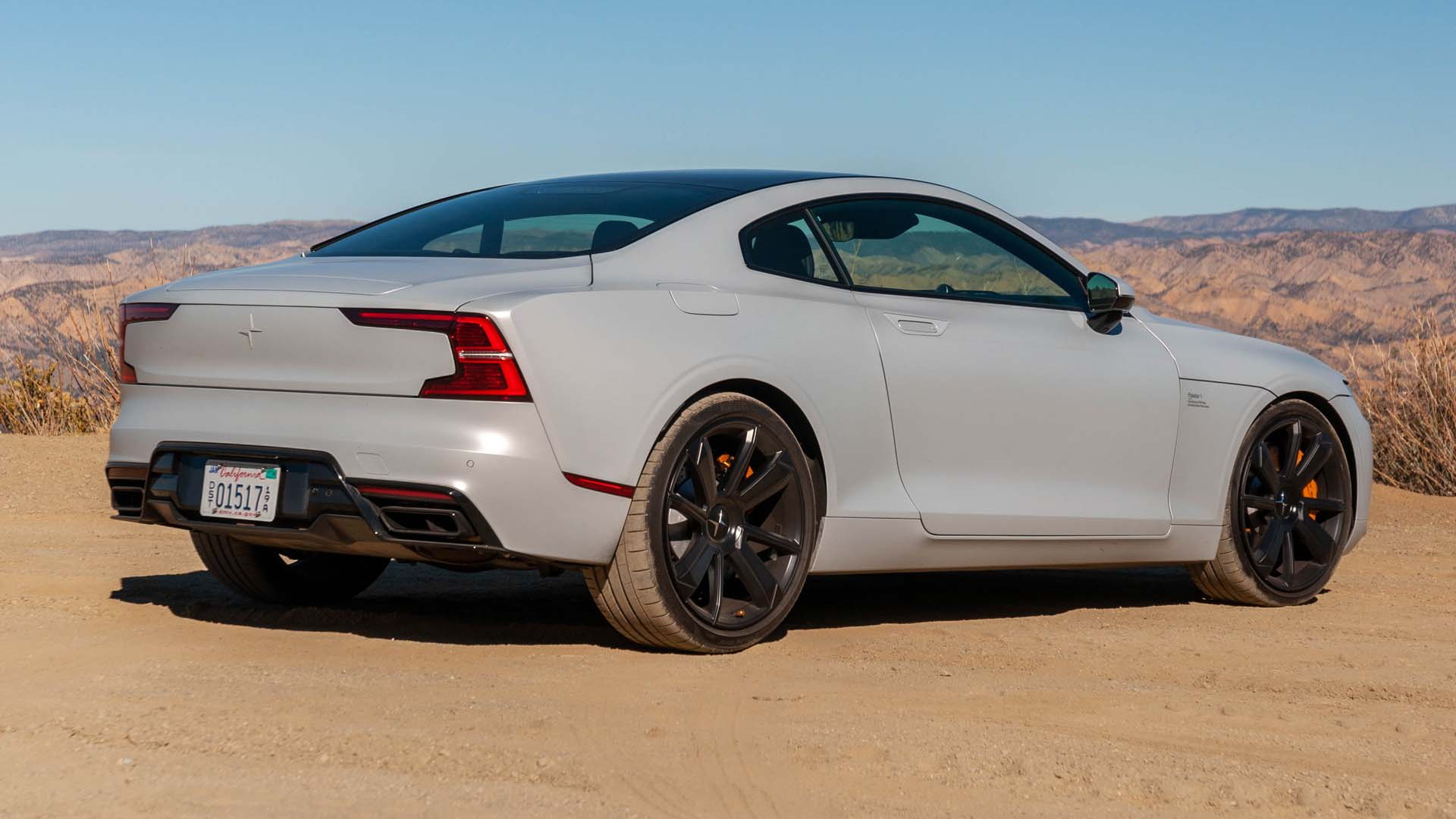 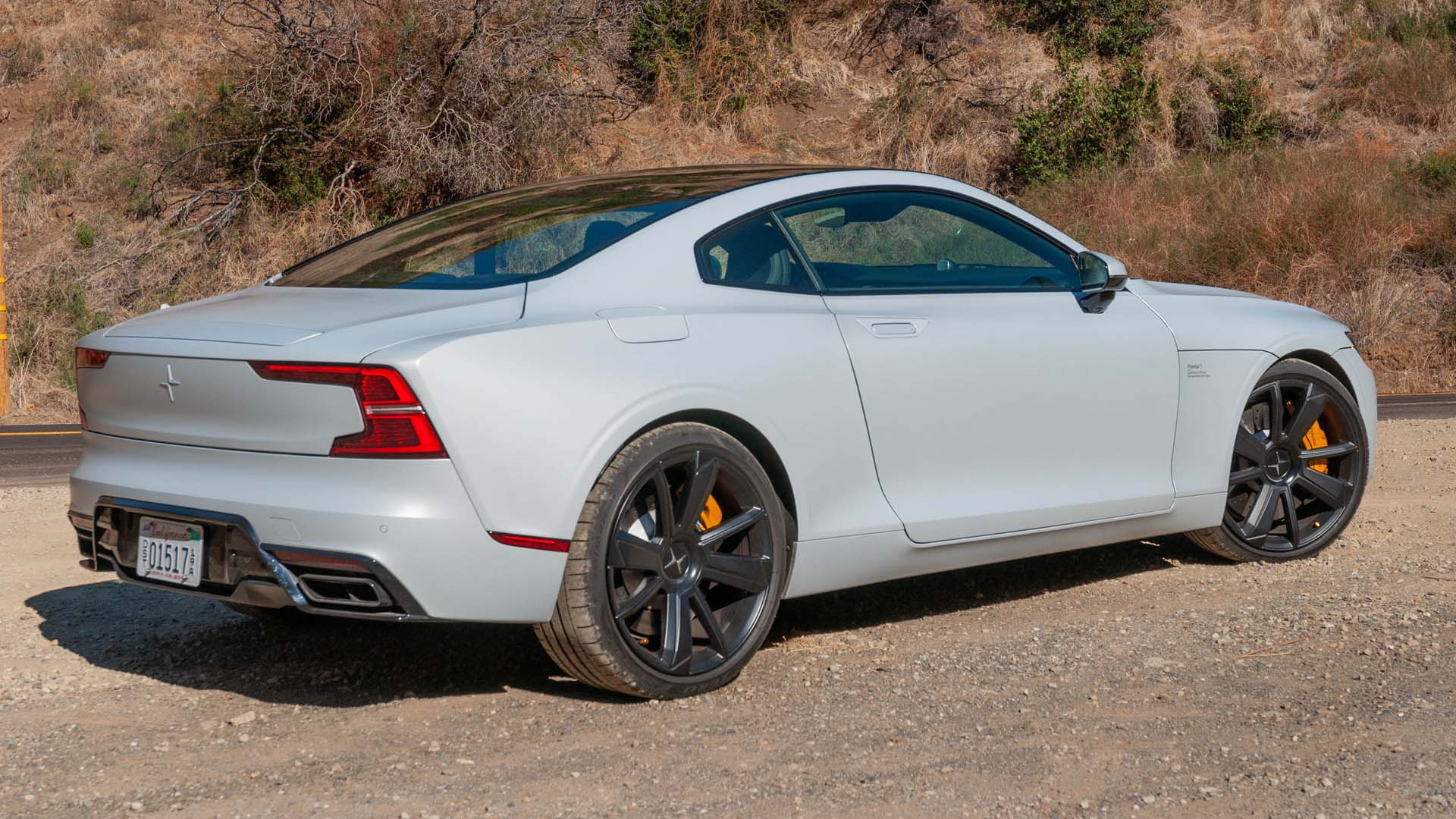 At first I thought Polestar spokesperson John Paolo Canton was kidding, but he was serious. Production for the Polestar 1 ended unceremoniously in late November because “we ran out of parts.” Originally slated for 500 units a year for three years, production ended after 1,400 cars and change because the company had run out of carbon-fiber body panels. That makes each Polestar 1 rarer than originally thought.

Canton said 40 Polestar 1s remain available for sale, with 10 on the ground in the U.S. and the remaining 30 slated to come to our shores. Place your $156,500 order soon, friends.

The Polestar 1 launched the automaker, but its powertrain doesn’t reflect Polestar’s future, which is all-electric and with Porsche as its target. The plug-in hybrid is extreme in every sense of the word with a carbon-fiber body, three electric motors, 52 miles of EPA-rated electric range, and an uncanny ability to carve corners.

I flew out to Santa Barbara, California, and spent a day driving on some of the best roads I’ve ever experienced in the Polestar 1. Here’s what I learned.

Hit: Hustles as it carves

As I flung the 5,180 lb Polestar 1 through twisty roads outside Santa Barbara, I kept thinking no car this heavy should be able to perform like this. But the Polestar 1 attacked corners like a sports car. It makes 619 hp and 738 lb-ft of torque thanks to a combination of a turbocharged and supercharged 2.0-liter inline-4 hooked to a motor generator, an 8-speed automatic transmission, and two rear-mounted electric motors. The latter draw their power from a 34-kwh lithium-ion battery pack. The rear motors offset the weight of the twincharged-4 up front for a near perfect 48/52 front to rear weight balance. The front end turns in sharply, but the rear is where the real magic happens. The electric motors vector torque quickly. The harder I pushed Polestar 1, the more the rear dug in and shifted the power from side to side to tighten the line through corners.

Miss: Until things get cooked

After about 45 minutes of driving at a brisk pace, the car started to lose power. I added more throttle and shifted down to third gear via the steering wheel paddles. More noise came from under the hood, but the speed didn’t increase to match it. The 12.3-inch digital gauge cluster showed no warnings or errors, but something was clearly wrong. I pulled over at an overlook and left the car running in hopes the fans would cool whatever this mysterious issue was. I used the opportunity to take photos, and I hopped back in after 15 minutes hoping to have full power again. My prayers were answered.

I told this story to a Polestar engineer, who hooked a computer to the car via an Ethernet cord and determined I had overheated the rear motors. They shut down until they reached normal temperatures. It’s all fun and games until you lose about half of your power.

The Polestar 1’s carbon-fiber body and dual-motor rear end are borderline exotic, but the interior doesn’t live up to that billing. It’s straight out of the Volvo parts bin aside from some carbon-fiber trim. Volvo interiors are simply laid out, easy-to-use, well screwed together, and pretty to look at, but they don’t feel like what you’d expect for six figures. Notably, the Polestar 1 runs Volvo’s infotainment operating system on a 9.0-inch touchscreen, which I prefer to the Google Android-base system in the Polestar 2.

For all intents and purposes, the Polestar 1 is the production version of the Volvo Concept Coupe shown at the 2013 Frankfurt Motor Show. Nearly the entire concept was put into production from the flush-mounted door handles to the BMW-inspired Hoffmeister kink at the rear window line to the interior design, it’s all here. Gorgeous and timeless, it’s one of the prettiest coupes on the road. The cake topper? Open the trunk and a clear scratch-resistant plastic cover puts the orange high-voltage cables plugged into the second battery pack on display. This was originally meant for the show car, but people liked it so much Canton said Polestar decided to put it into production. Neat.

An Akebono brake system featuring fixed 6-piston calipers and 15.7-inch rotors up front and fixed single-piston calipers paired with 15.4-inch rotors in the rear comes standard. The strong brakes provide more than enough stopping power to haul the 5,180-lb coupe back to reality, but they aren’t progressive in the way they work. When I hit the pedal, it felt like the brakes were either on or off with little middle ground. Thankfully, it has more bite than similar systems from Akebono, such as the one used in the XC60 Polestar Engineered. But the Brembo system found in the Polestar 2 dual-motor with the Performance package is more progressive and easier to modulate while still biting down hard. A Polestar spokesperson confirmed the company switched to a Brembo system for the Polestar 2 dual-motor with the Performance Package because it blends and tunes the friction and regenerative systems better for a more natural feeling.

With just a few cars left to sell, the Polestar 1 will soon be history, but should you be lucky enough to find yourself behind the wheel of one someday, prepare to be shocked by its ability to carve corners. But be sure to get a good feel for the brakes before looking to push the limits.

Polestar paid for travel and lodging for your author to drive through the desert and cook the rear motors in the Polestar 1 in order to bring you this firsthand report.