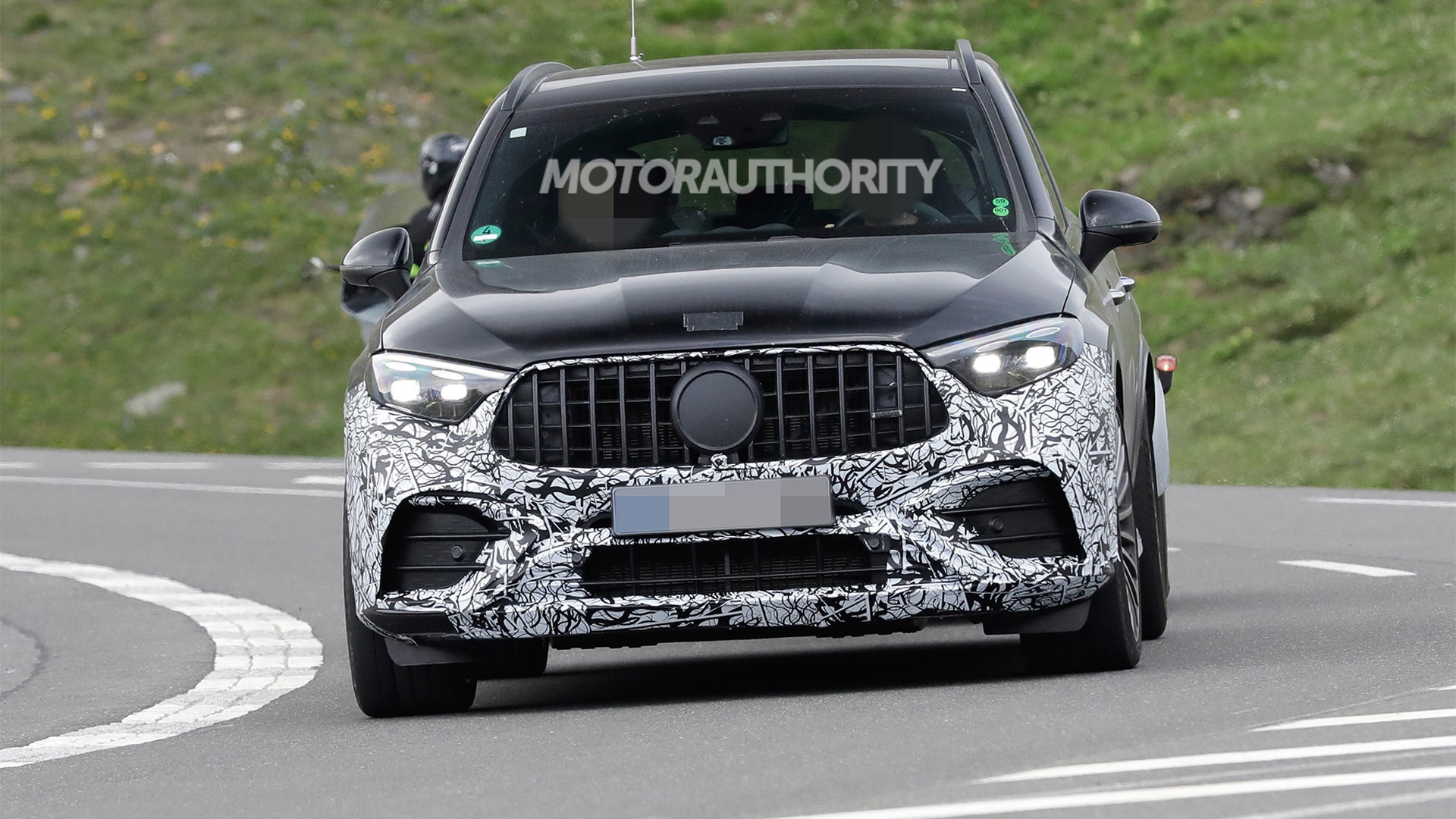 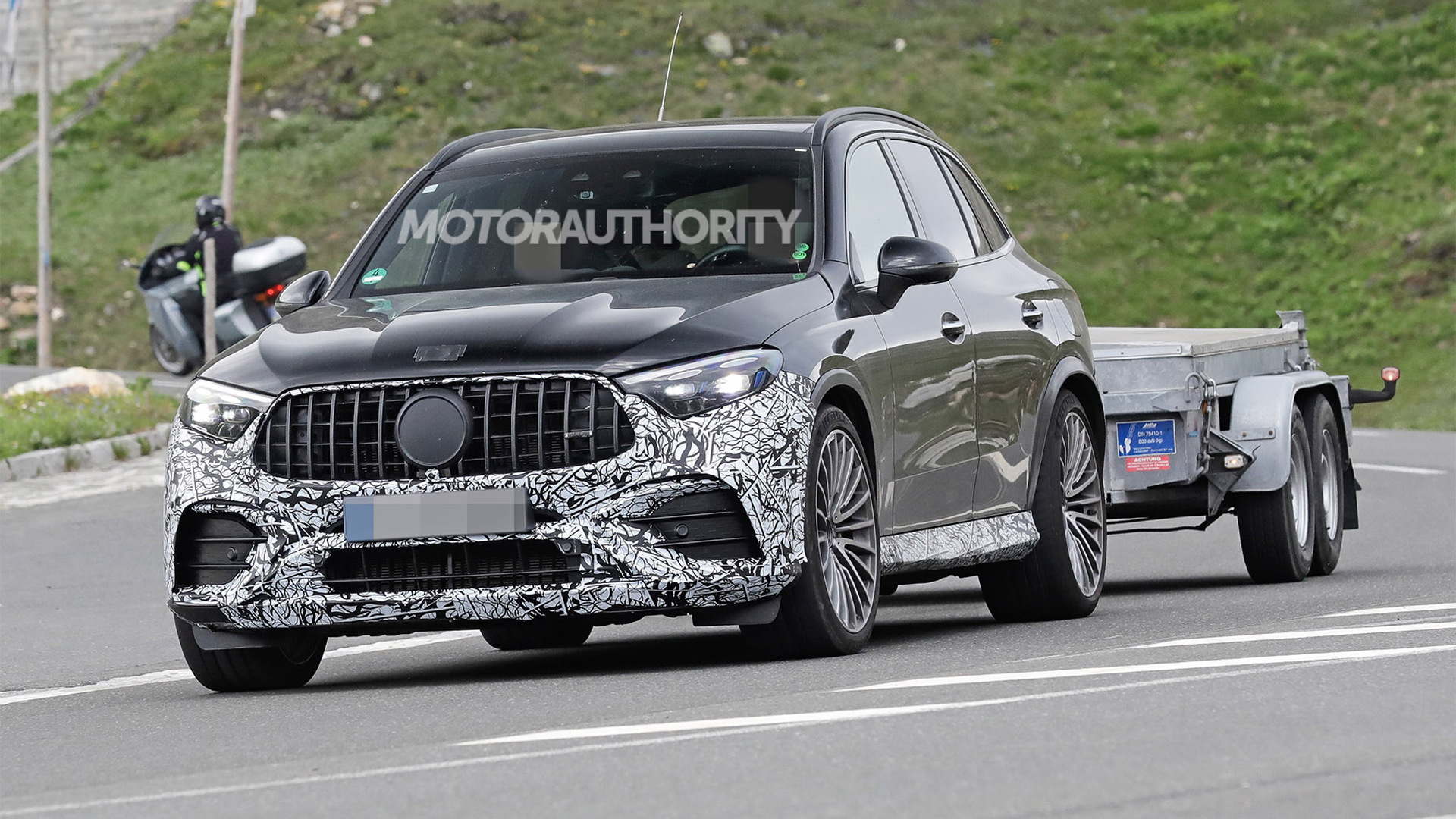 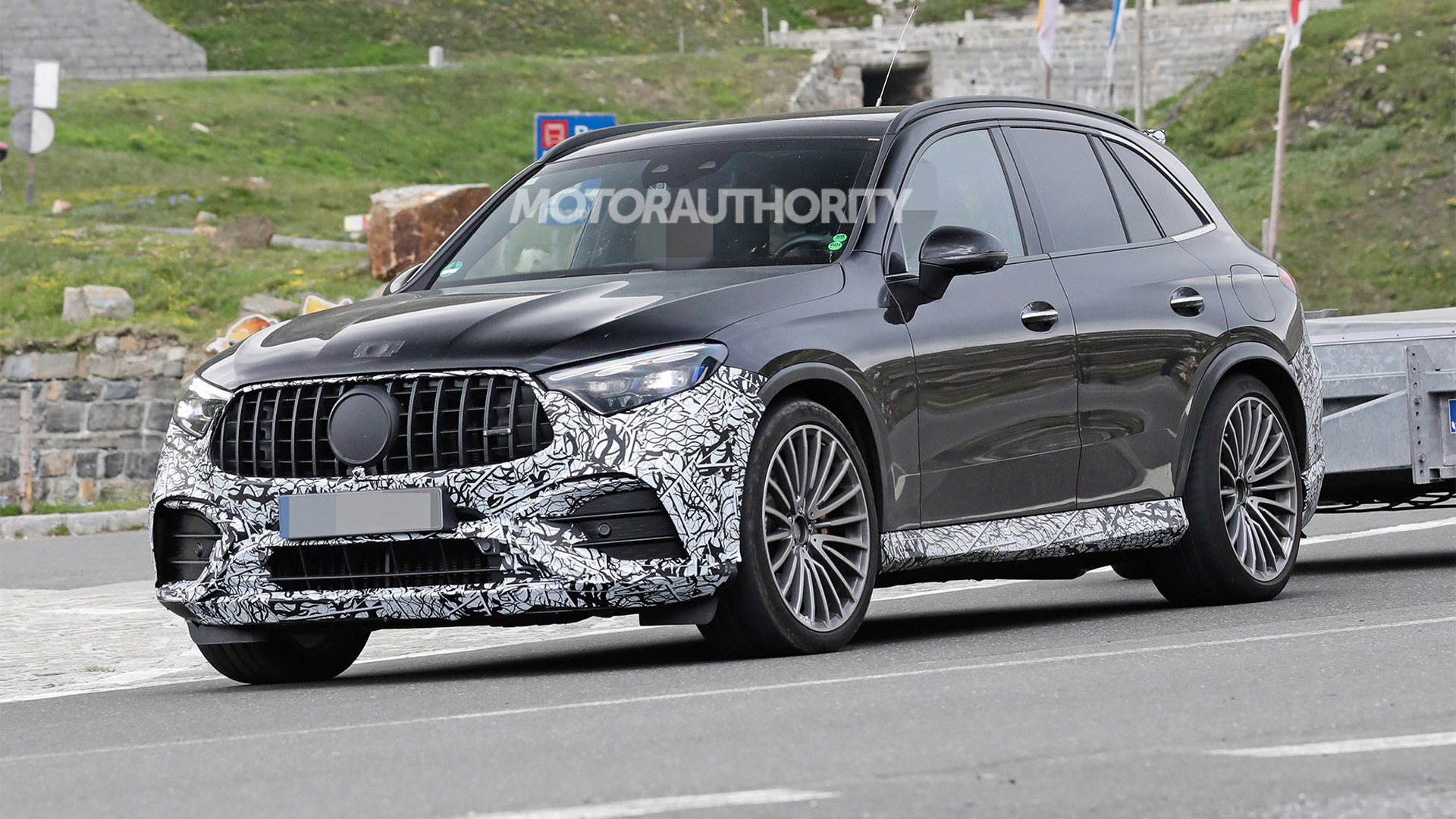 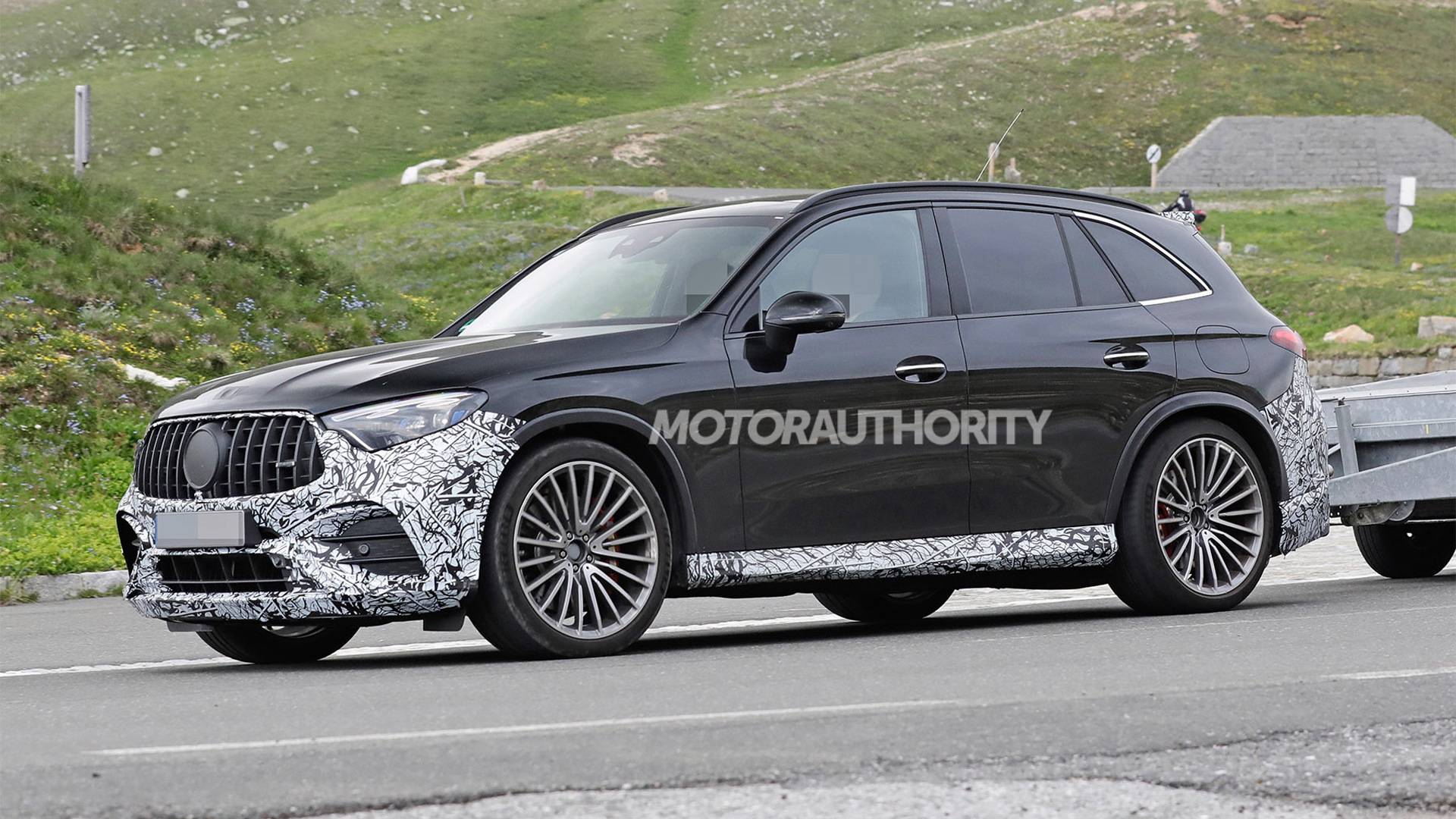 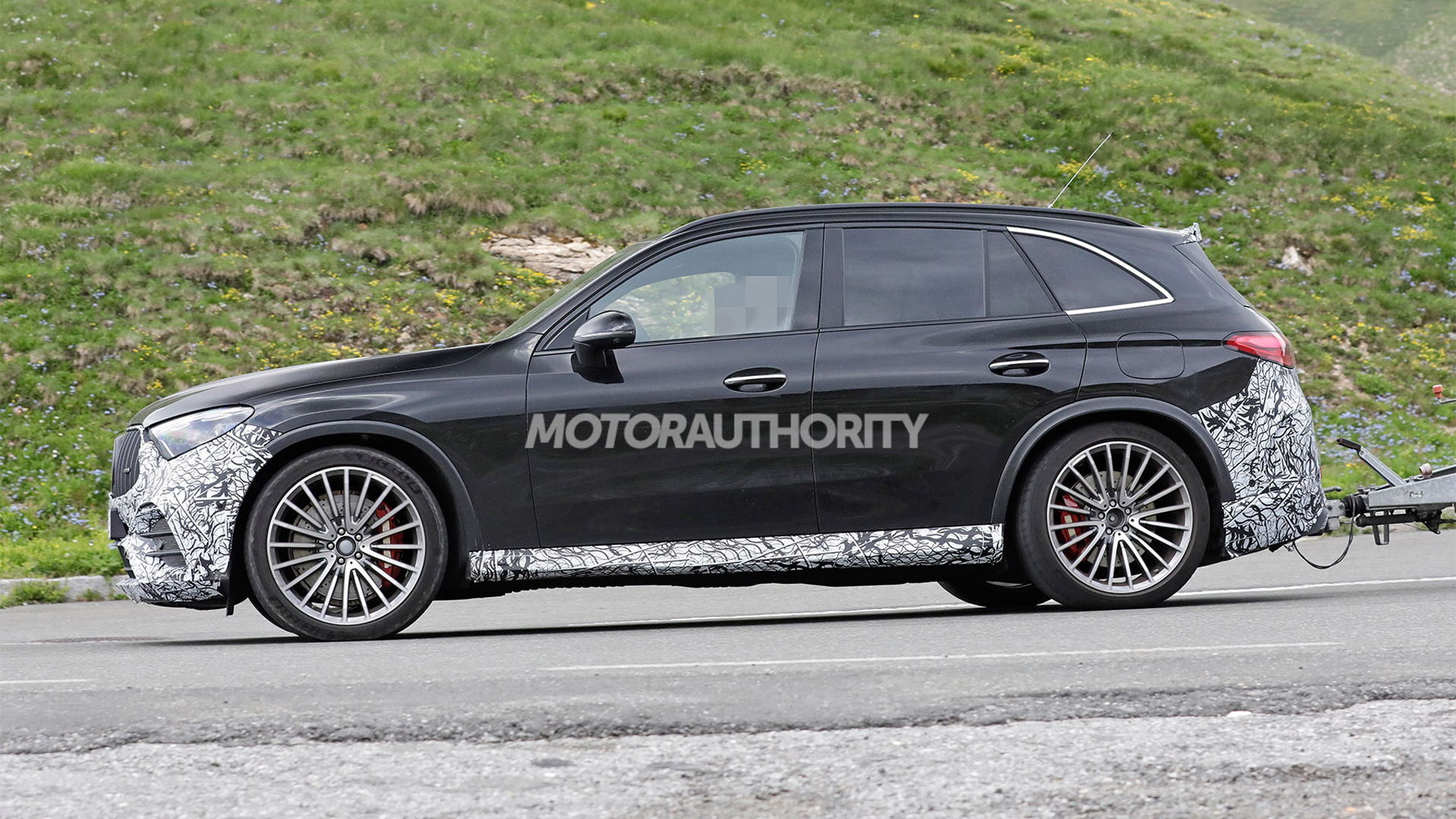 Mercedes-Benz in early June unveiled a redesigned GLC-Class that will hit showrooms shortly as a 2023 model. The handsome crossover will eventually spawn new GLC 43 and GLC 63 performance options developed by AMG, and prototypes for the GLC 63 have been spotted.

The current GLC 63 and spicier GLC 63 S are Motor Authority favorites, thanks to their tough looks, track-honed suspension, and of course the V-8 lump under the hood.

For the redesigned GLC 63, the V-8 will be replaced by a sophisticated plug-in hybrid powertrain relying on a turbo-4 for its internal-combustion component. The new setup, signified by new E Performance branding, made its debut in a redesigned C 63 S, now branded the C 63 S E Performance. The electrified sport sedan goes on sale next summer as a 2024 model. Look for this new GLC 63 S E Performance to also arrive for 2024.

In the C 63 S E Performance, the turbo-4 is an upgraded version of the 2.0-liter engine found in AMG's current crop of compact cars. Thanks to the addition of an electric-aided turbocharger, output from the engine is boosted to 469 hp. It also has an electric motor integrated with the engine in mild-hybrid configuration to power ancillary features, as well as serve as a starter motor. 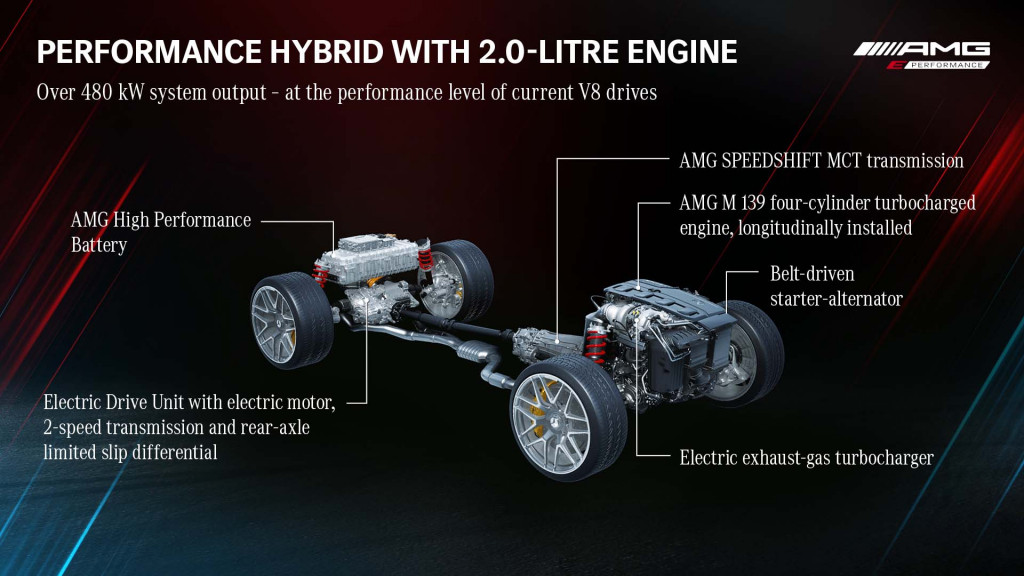 On top of all this, there is a much more powerful motor (up to 201 hp) at the rear axle, which means combined output can be bumped up to 671 hp for brief stints. This rear motor is mated to its own 2-speed transmission. A 6.1-kwh battery ensures a small electric range will be possible. Unfortunately, all the new hardware adds about 780 pounds over the outgoing C 63. Expect a similar weight gain for the GLC 63.

A similar setup, albeit with a more powerful V-8 engine, features in AMG's recently revealed 2023 S 63 E Performance, as well as the 2023 GT 63 S E Performance.

Like the redesigned C-Class, the redesigned GLC-Class will also have a tamer GLC 43 model from AMG, a prototype for which is also shown in the video. It has the round exhaust tips, while the GLC 63 S E Performance has the square-shaped tips. In the C 43, the same 2.0-liter turbo-4 as the C 63 S E Performance delivers 402 hp. It also has a mild-hybrid system, essentially a beefed up starter motor that also acts as a generator and is able to provide a temporary boost of 13 hp during high-load situations. A GLC 63 E Performance (non S) may sit in the middle of the performance lineup to replace the current GLC 63, though AMG hasn't confirmed this. All of the models should also come in coupe-like form.

Another upgrade planned for both the GLC 43 and GLC 63 S E Performance should be rear-wheel steering.