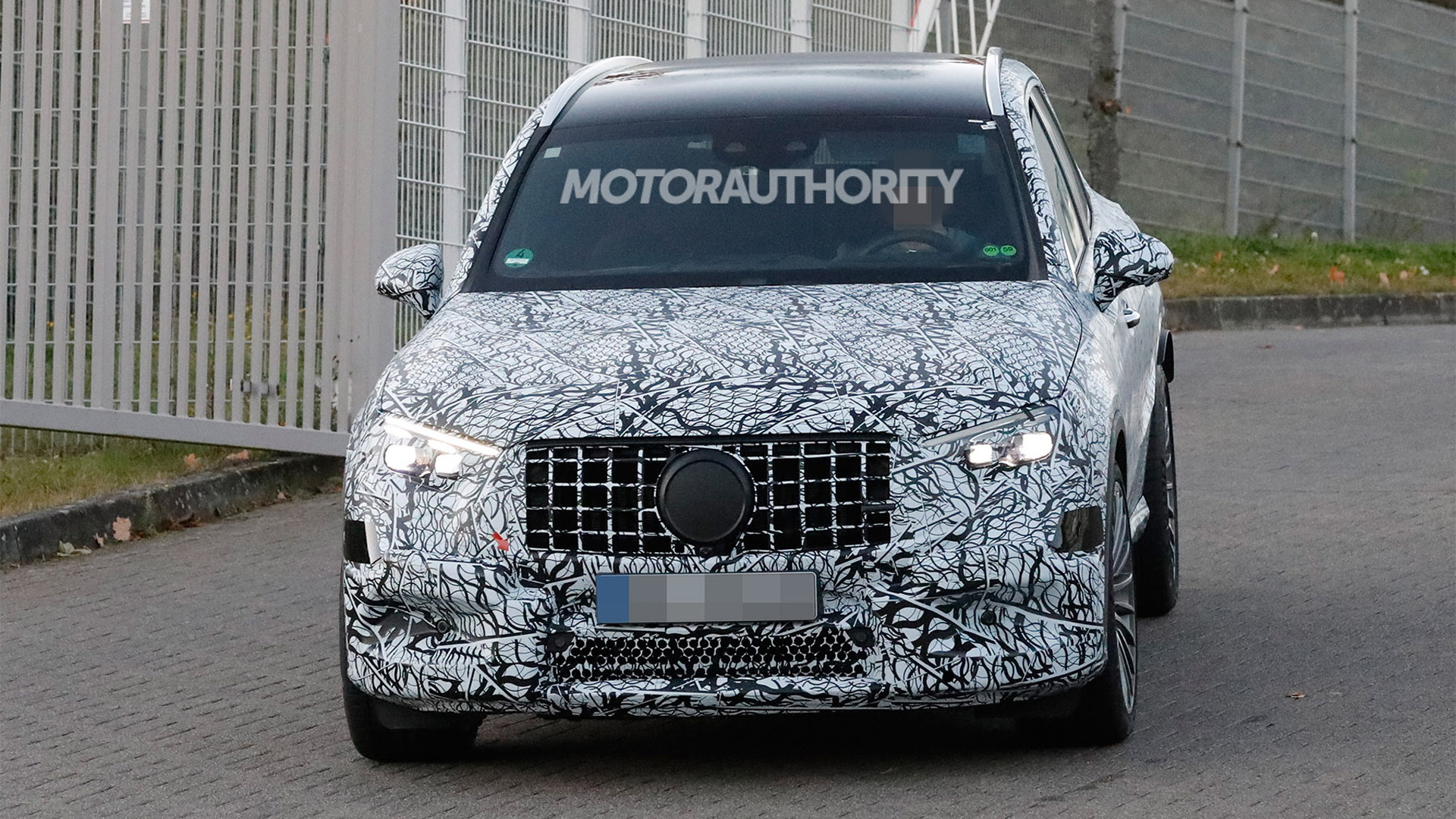 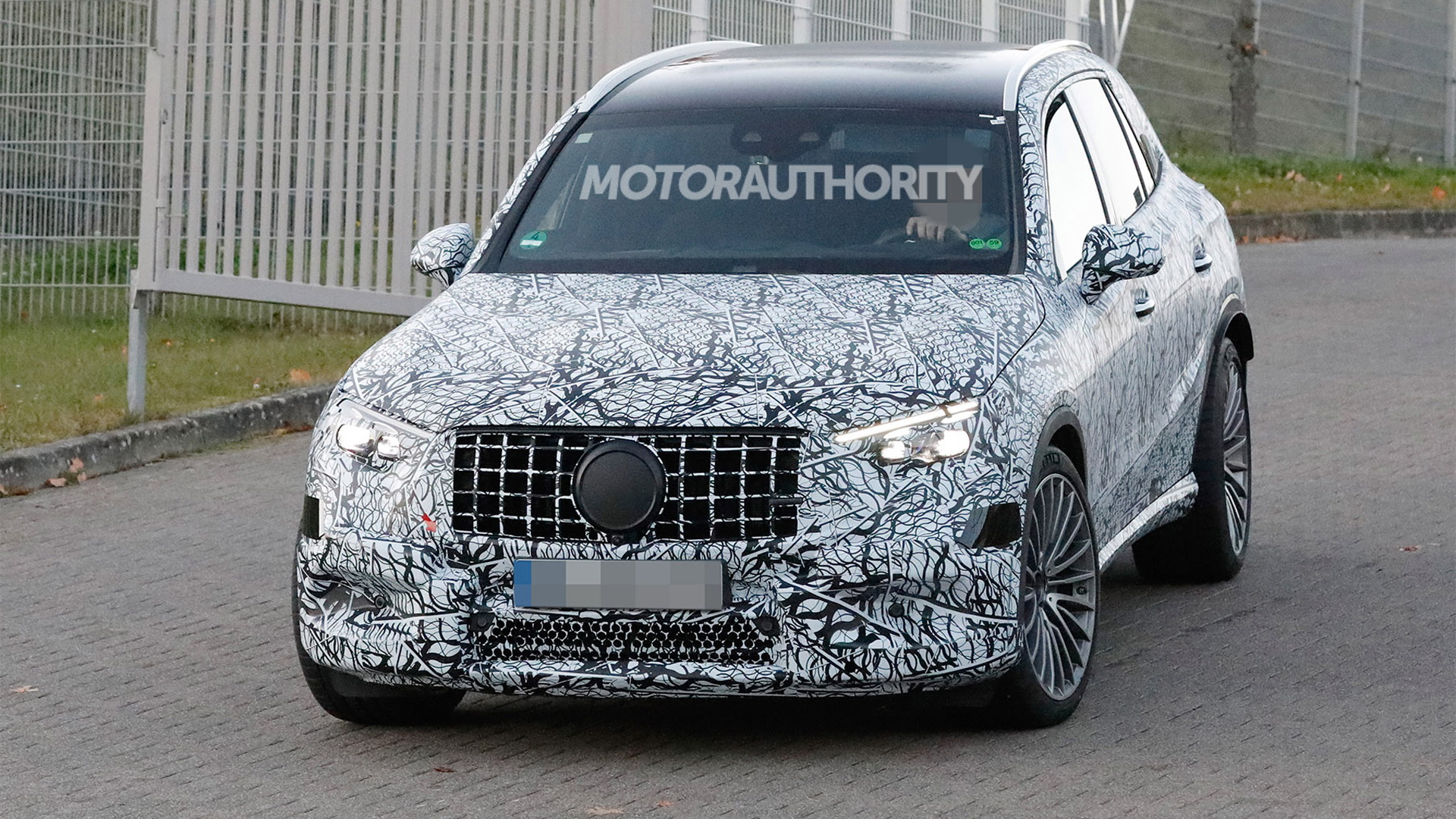 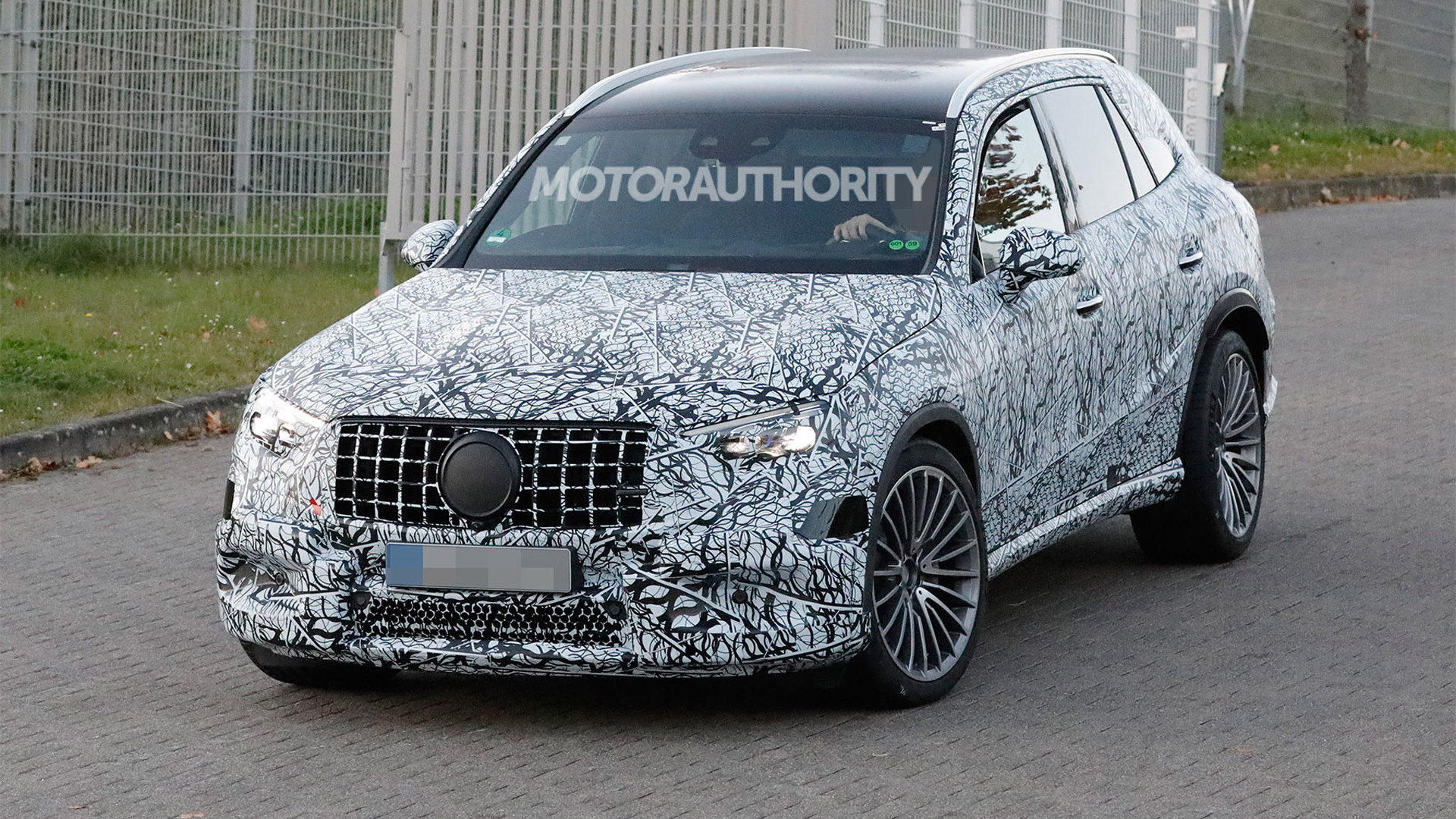 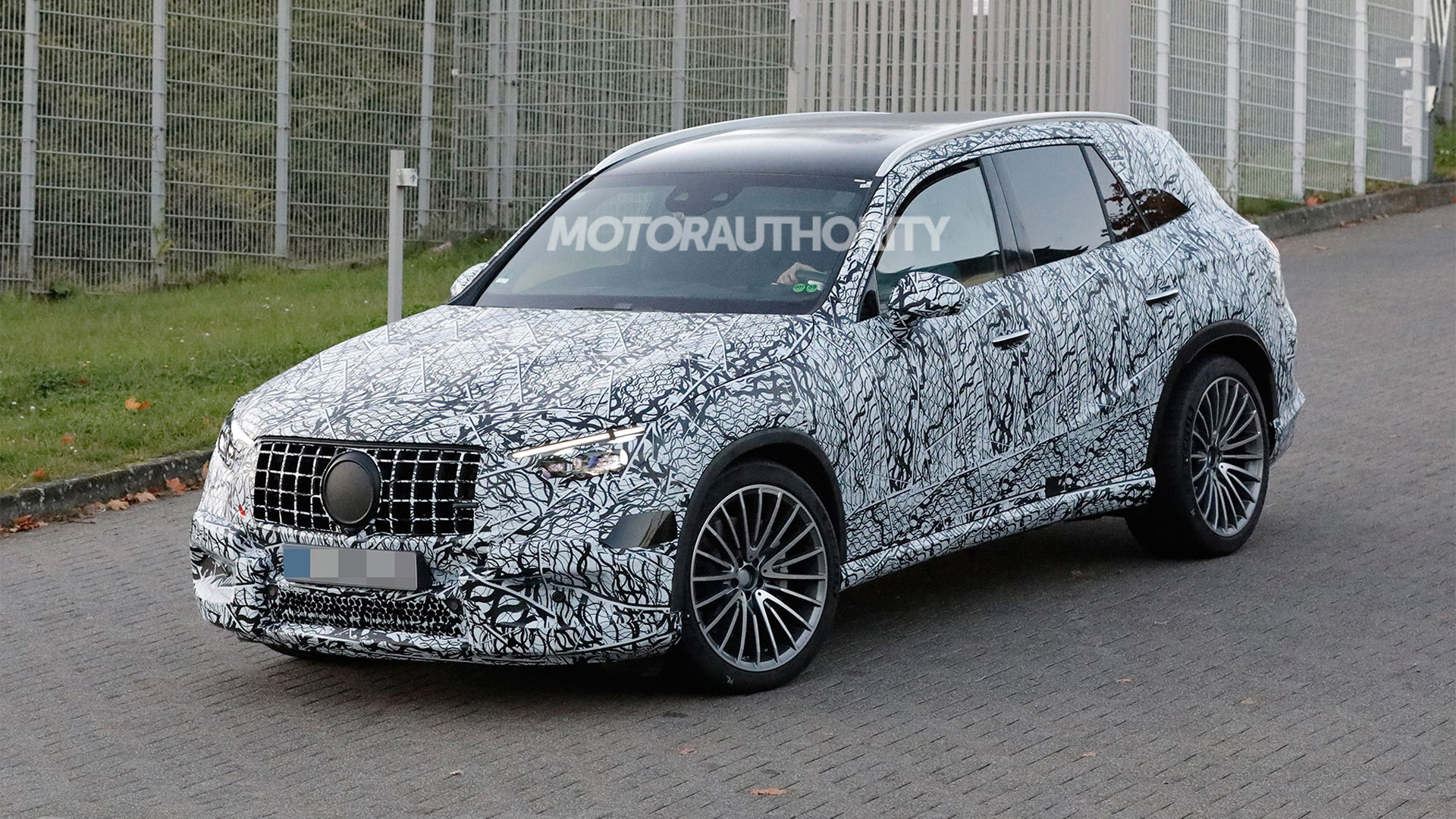 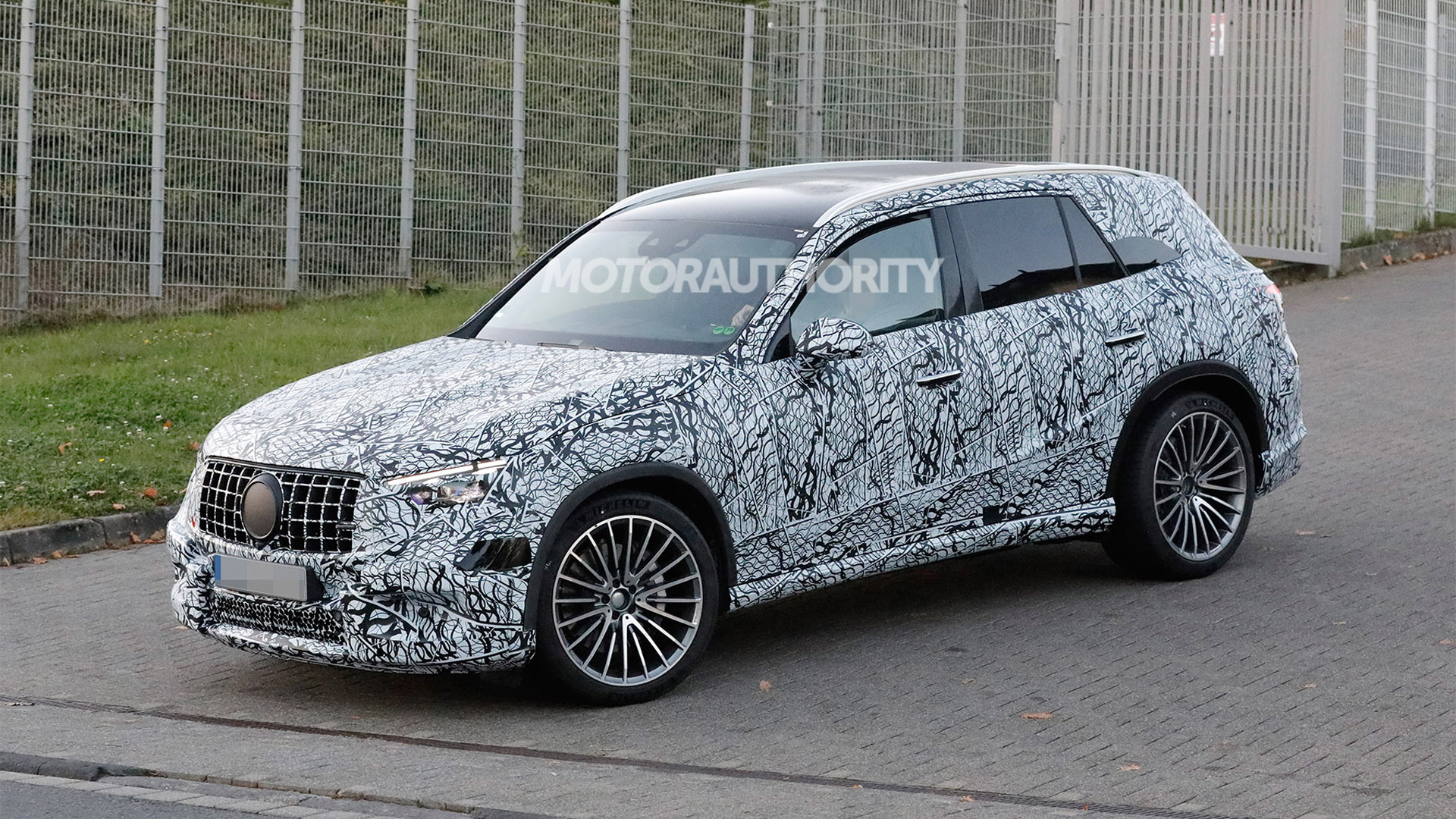 Mercedes-Benz in June revealed its redesigned 2023 GLC-Class, and once again the nameplate will offer high-performance versions developed by AMG.

The GLC-Class has grown slightly with its latest redesign, likely to give the new GLB-Class offering a bit of breathing space while also adding interior room. The compact crossover is be based on an updated version of Mercedes' MHA (Modular High Architecture) platform that underpins the outgoing GLC-Class, with weight savings realized through the increased use of aluminum over steel.

This GLC 43 is expected to reach dealerships in the second half of 2023, as a 2024 model. Its GLC 63 big brother should arrive at about the same time.

We know this prototype is for the GLC 43 because of the four round exhaust tips at the rear. Prototypes for the GLC 63 sport square-shaped exhaust tips, a signature design cue of AMG's top models. Both vehicles are featured in the spy video.

Both the GLC 43 and GLC 63 will adopt turbo-4 engines in combination with hybrid technology. Yes, get ready to say goodbye to the V-8 in the GLC 63.

The GLC 43 should have the same 2.0-liter turbo-4 and mild-hybrid combo found in the redesigned 2023 C 43. The setup features an electrified turbocharger design similar to what's found in Formula 1, and is good for a peak 402 hp. The mild-hybrid setup can also add a temporary 13-hp boost during high-load situations.

As for the GLC 63, this model should adopt a sophisticated plug-in hybrid powertrain relying on the same mild-hybrid setup as the GLC 43, but with an additional electric motor at the rear axle able to bring total output to 671 hp. The new setup, signified by E Performance branding, debuted recently in the 2024 C 63 S E Performance.

A similar setup, albeit with a more powerful V-8 engine, features in AMG's recently revealed 2023 S 63 E Performance, as well as the 2023 GT 63 S E Performance.

Another upgrade for both the GLC 43 and potential GLC 63 S E Performance should be rear-wheel steering.