Mercedes-Benz has only just launched its EQS electric hatch, but a slightly smaller version to be called the EQE is just weeks out from its own debut.

Mercedes on Thursday confirmed the debut of the EQE at the new inaugural international mobility show taking place this September in Munich, Germany.

All Mercedes is willing to say about the EQE is that it will be a comfy cruiser with dynamic performance and handling. A teaser shot of the interior also shows that the EQE will be available with a similar digital dash to the one in the EQS. Known as the MBUX Hyperscreen, the digital dash consists of a curved OLED screen with zones for the instrument cluster, central controls, and passenger controls.

We already know the EQE rides on Mercedes' EVA dedicated electric-vehicle platform, meaning it could potentially offer a range approaching 400 miles on a charge, the ability to add 150 miles of range in just 15 minutes, and over 500 hp. 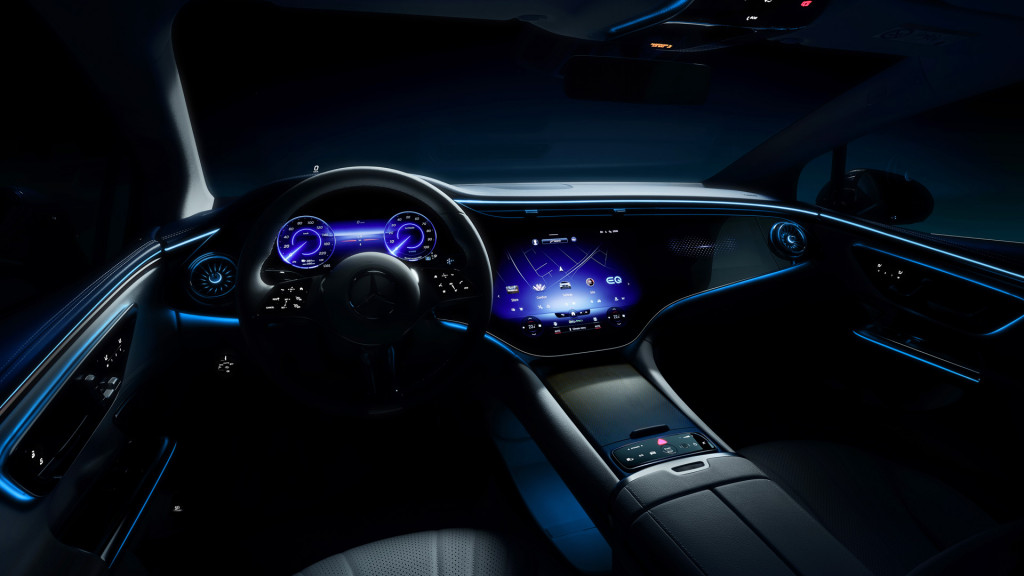 And a new C-Class All-Terrain soft-roader based on the latest C-Class wagon will also make its debut in Munich, Mercedes has confirmed. With any luck, we'll see this model reach the United States as a little brother to the E-Class All-Terrain.

The new Munich auto show, which has replaced Germany's traditional auto show in Frankfurt, starts Sept. 6. Head to our dedicated hub for full coverage on the event.