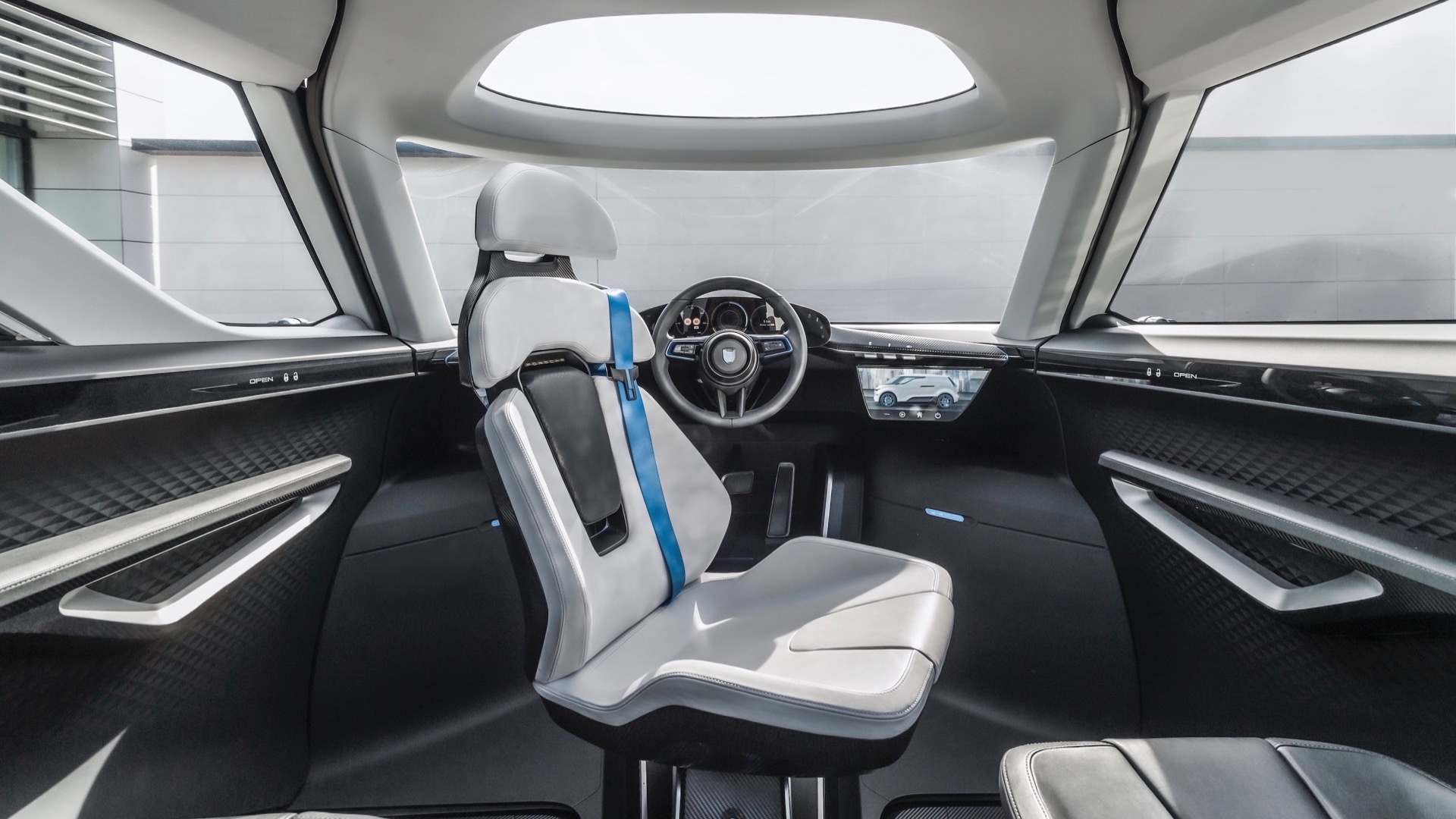 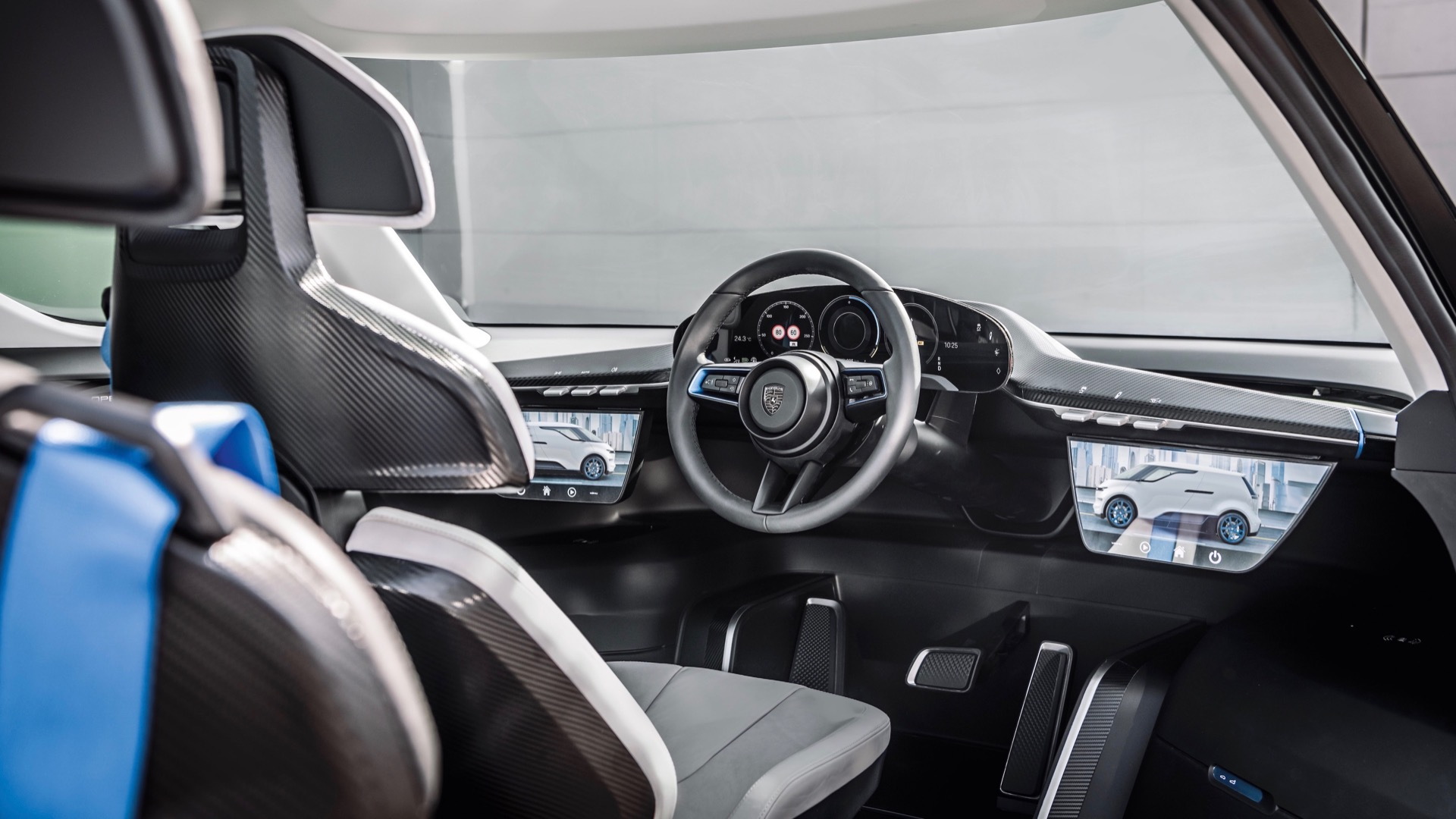 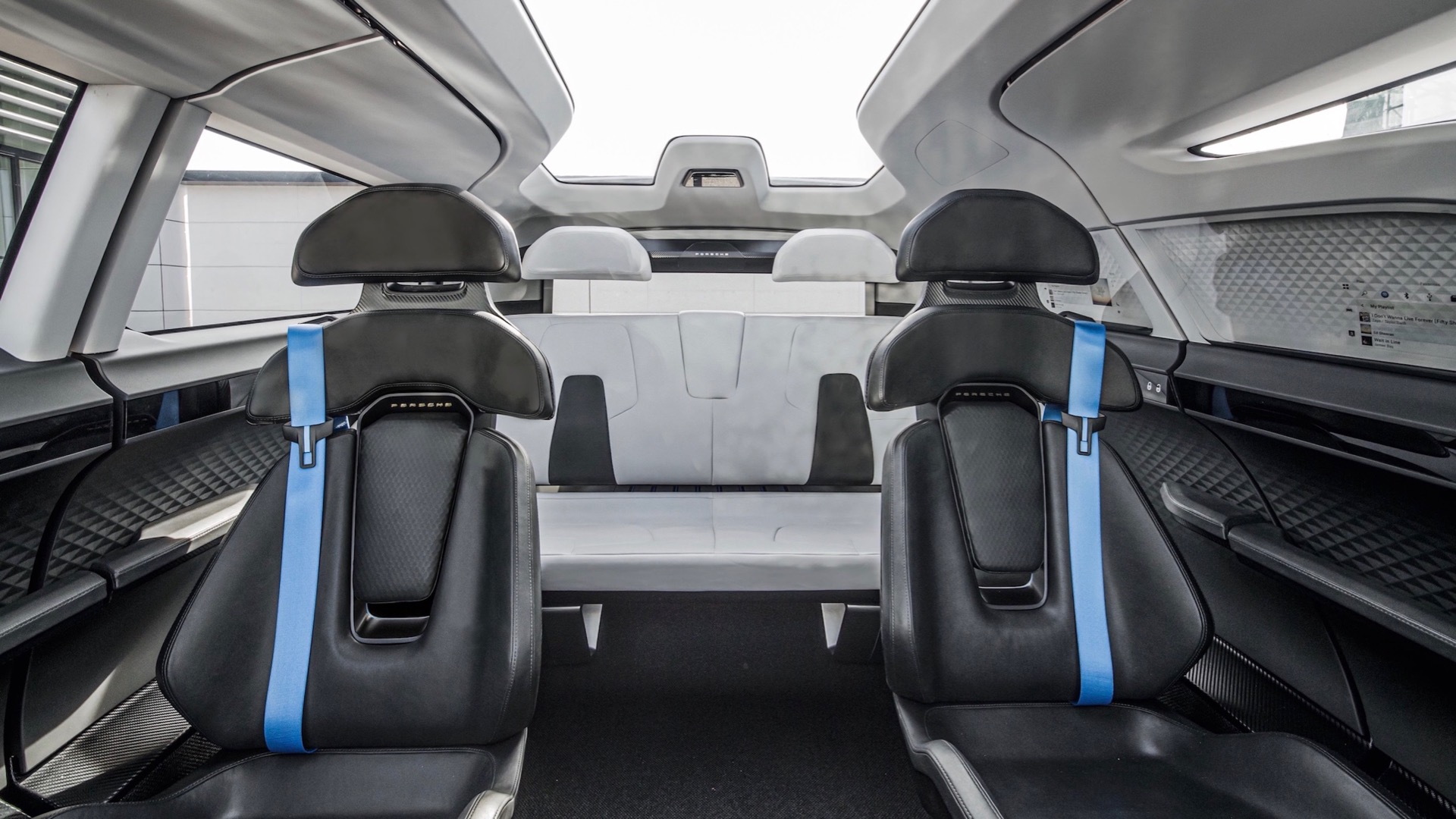 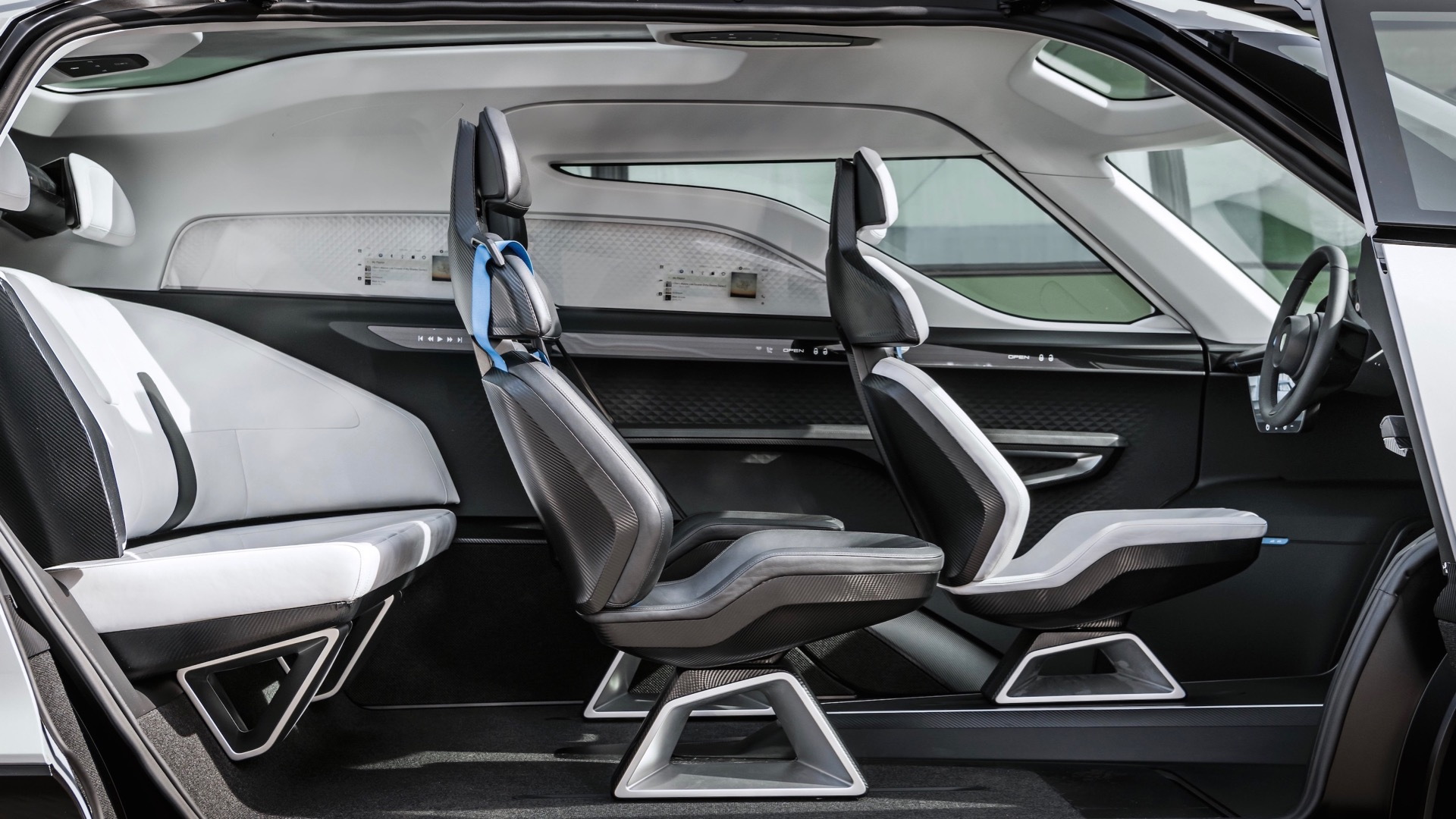 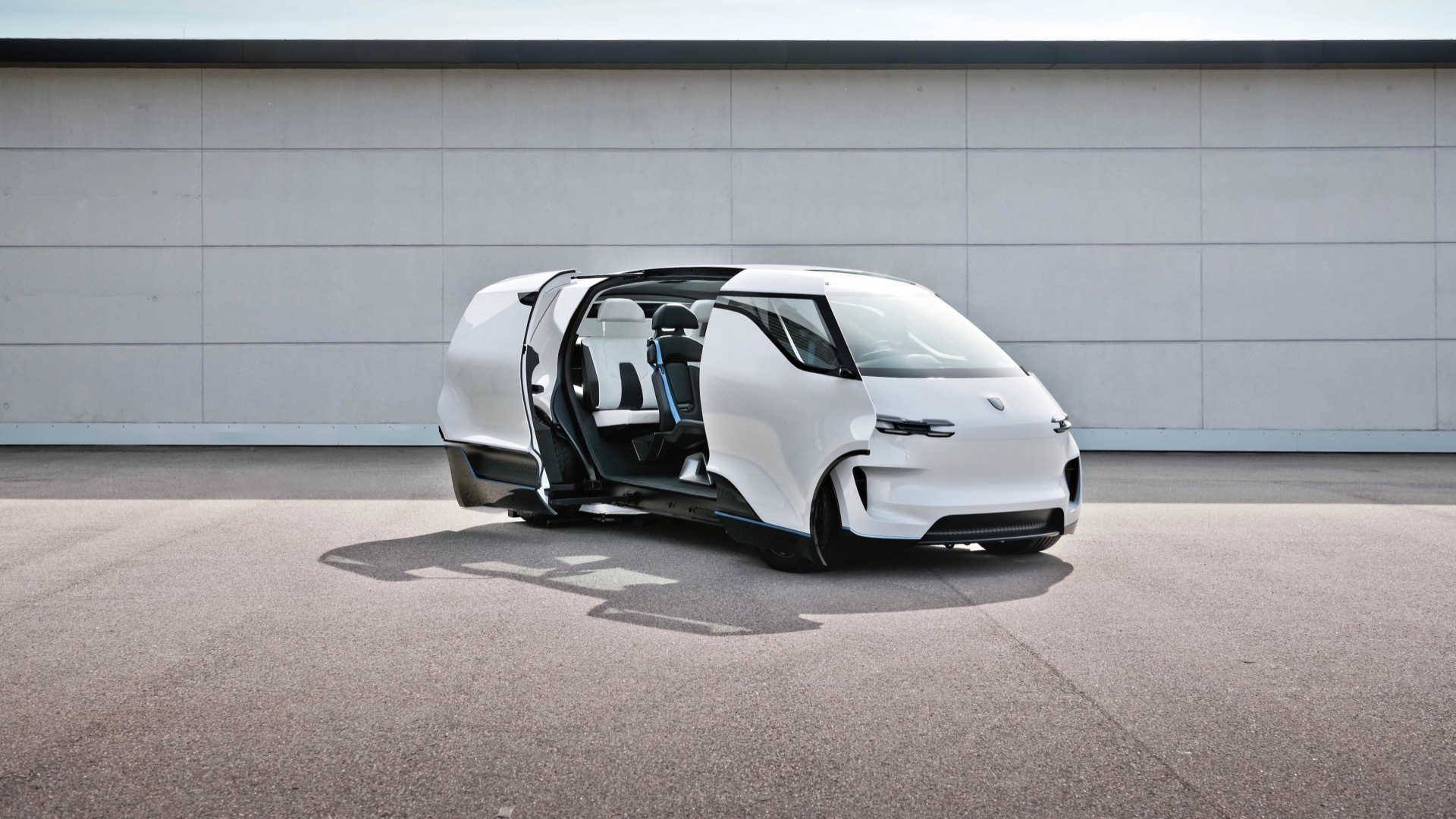 Porsche on Monday unveiled a previously-hidden concept for the interior of a self-driving car. That futuristic interior is housed not in one of the automaker's sports cars, but in a minivan.

Called the Porsche Renndienst Study, this is one of several concept cars the automaker has kept secret from the public until now, as documented in the recently-released book "Porsche Unseen." The automaker previously showed a different version of the Renndienst (in red), but hasn't detailed the interior until now.

Sporting front and rear sliding doors, the minivan can sit up to six people. The second and third rows have two and three seats, respectively, while the driver gets a solo, central seat that can rotate 180 degrees. When the vehicle is in autonomous mode, the driver can spin around to face the passengers.

The second row gets a pair of sporty bucket seats, while the third row is a bench with headrests designed to allow a clear view through the rear window, a Porsche press release said. While a glass roof spans all three rows, tapered side windows mean only the driver gets an unobstructed side view. Instead of windows, passengers get individual display screens, with haptic controls.

The driver gets a traditional-looking instrument cluster, with four round dials, but it's flanked by two large screens. Haptic controls take the place of stalks, knobs, and buttons.

Don't expect a self-driving Porsche minivan to enter production anytime soon. The technology of self-driving cars still has a long way to go before full commercialization, and Porsche regularly designs concepts not intended for production. Some of the other secret concepts the automaker recently revealed include a road-going version of the Le Mans-winning Porsche 919 Hybrid LMP1 racer, and a modern version of the legendary 550 Spyder.