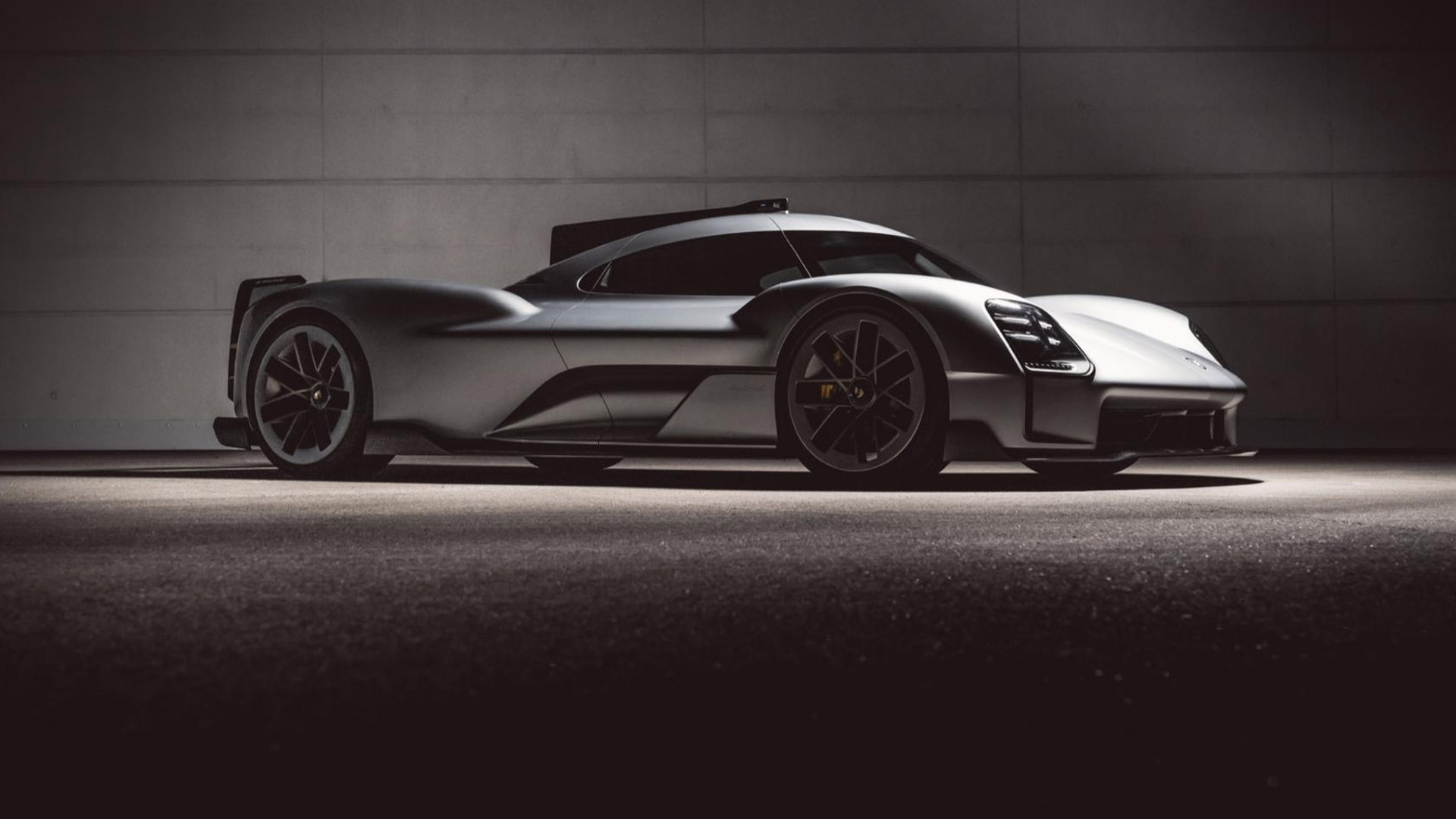 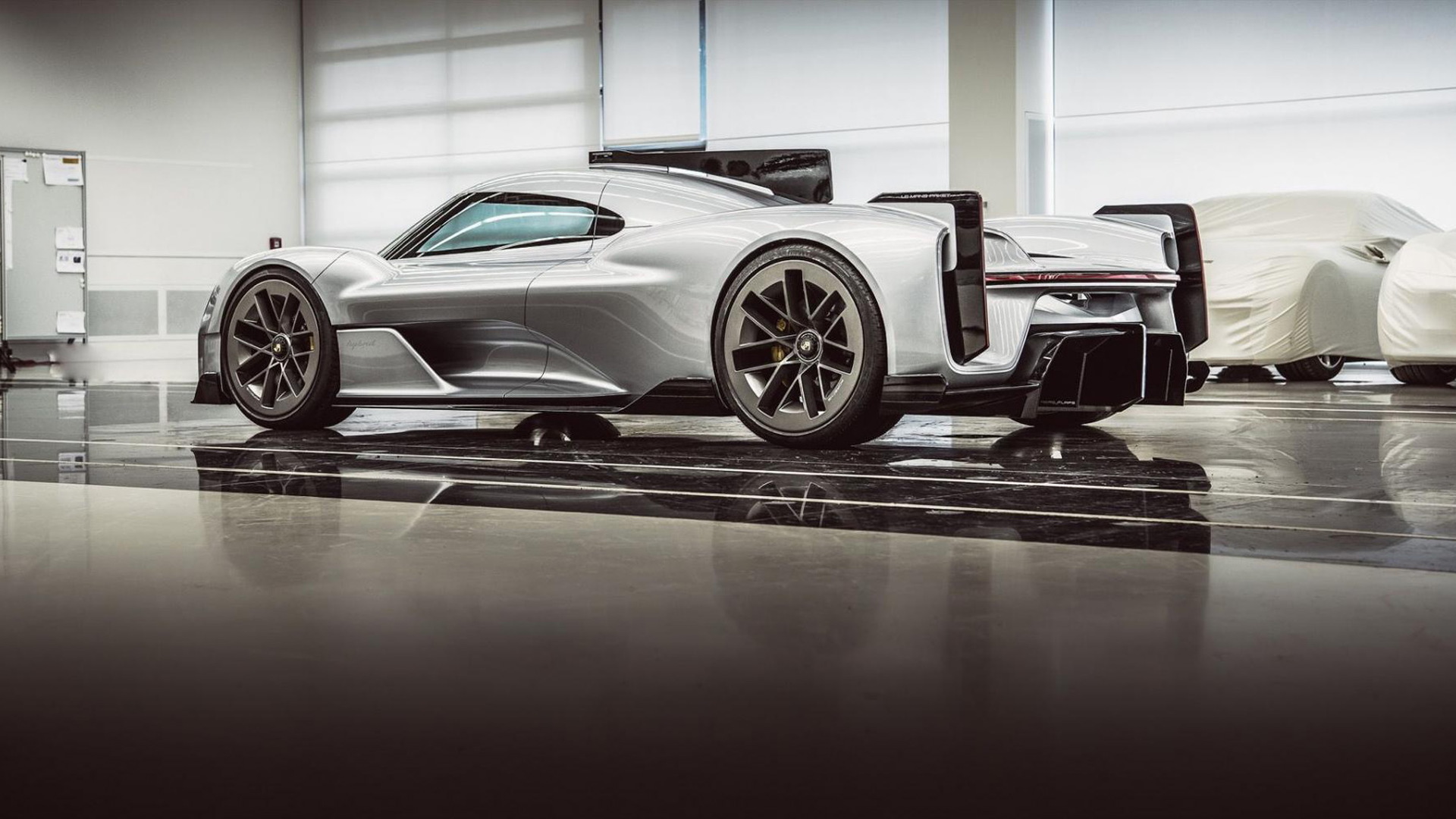 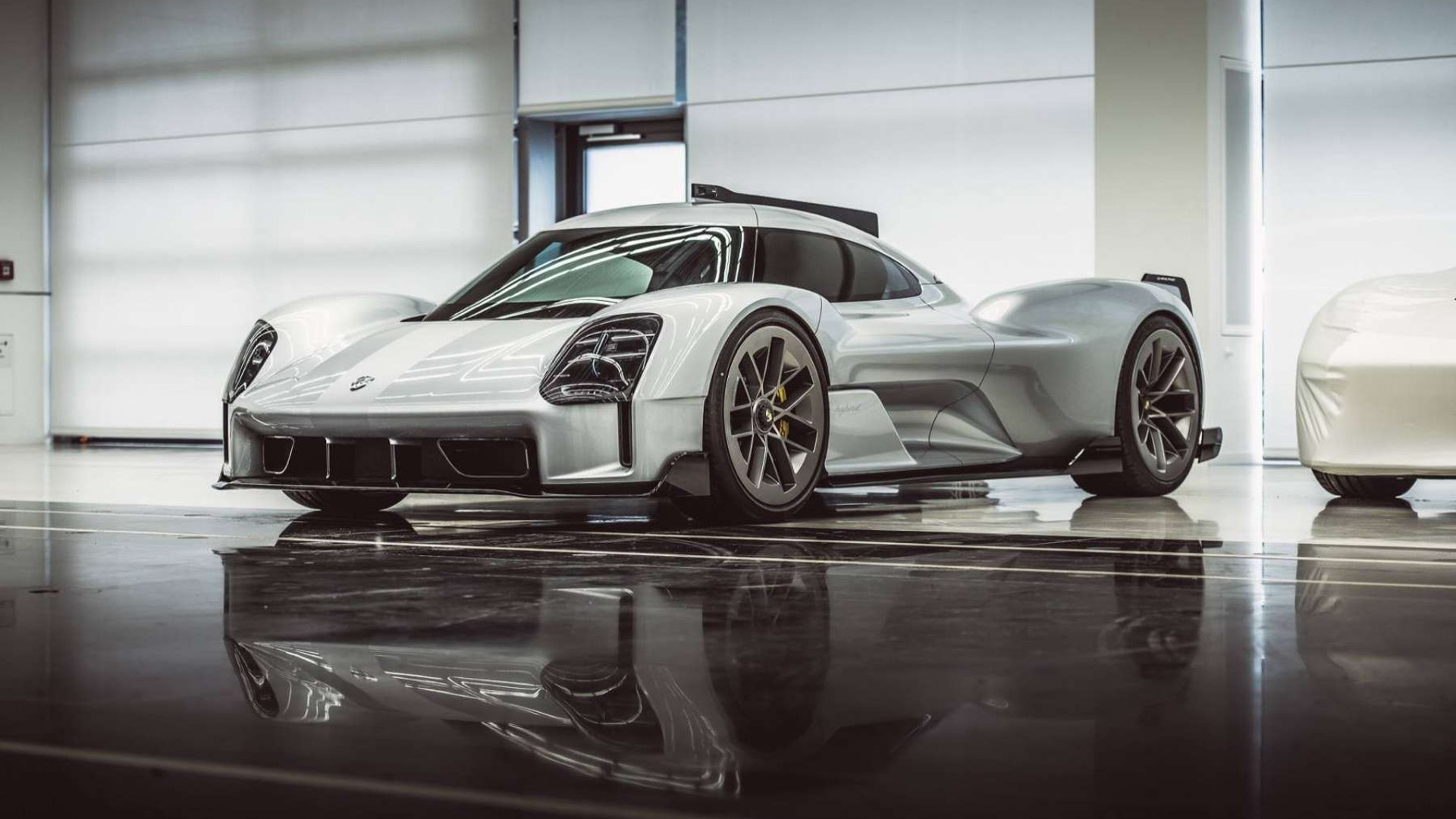 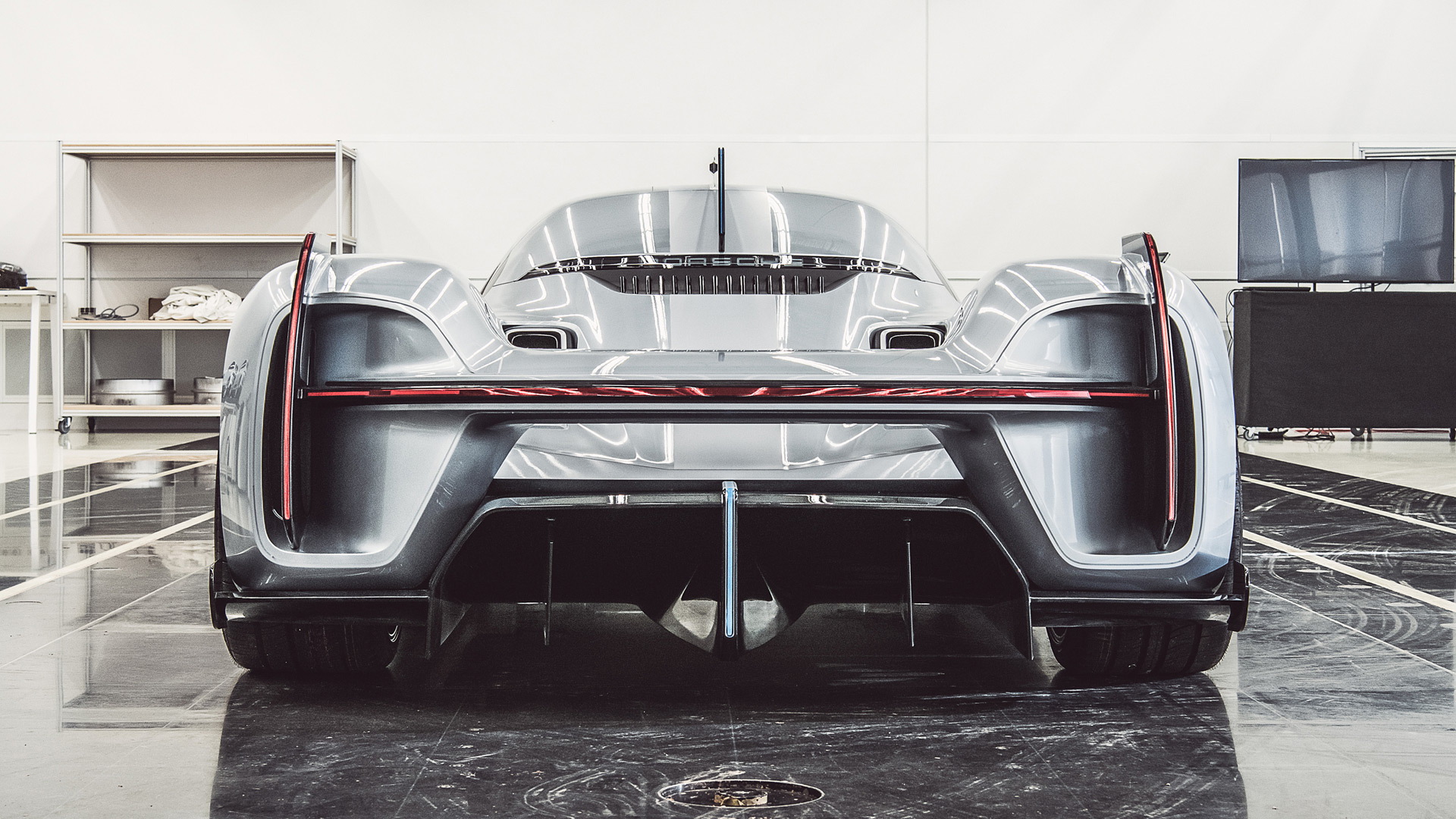 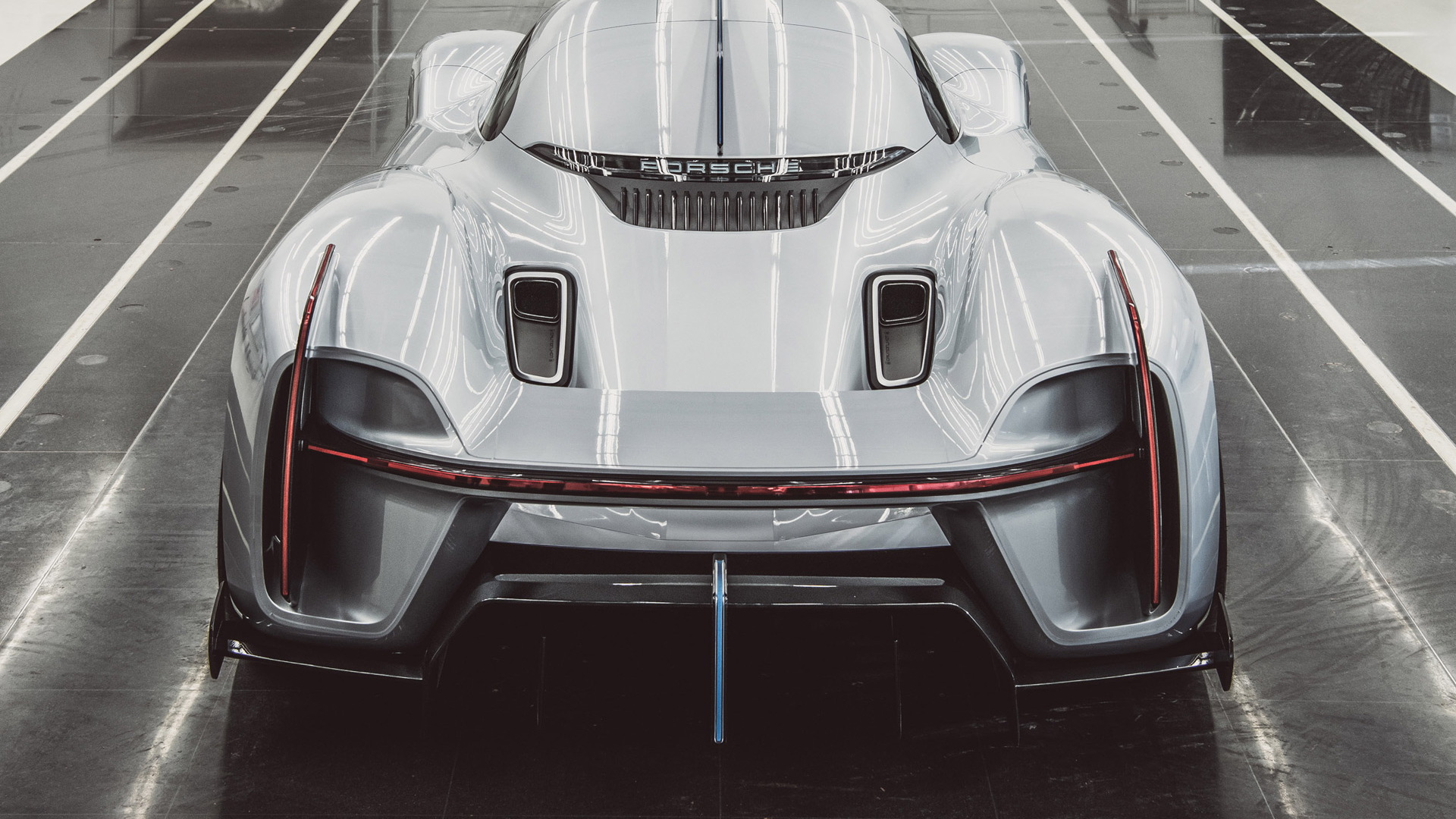 Porsche has come out with a new book titled “Porsche Unseen,” which delves into the inner workings of the automaker's design studio and provides a glimpse of some of the secret concepts and clay models developed over the past 15 years. And there are some real surprises, like a road-going version of Porsche's Le Mans-winning 919 Hybrid LMP1 racer and a modern iteration of the legendary 550 Spyder.

Porsche handles all of its design work in a single studio, known as Style Porsche. It's located in Weissach, Germany, in close proximity to the automaker's main engineering hub, and is currently headed by Michael Mauer. He oversees more than 120 designers, including for interior, exterior, colors and materials, model building, and engineering.

In contrast to the development of a production model where several design studies are always developed with different styling formats, the so-called “vision projects” featured here are pure one-offs that serve as a protagonist for a central idea. You'll notice however that some have clearly inspired Porsche models on sale today, and probably some in the future, too.

Here's a rundown of some of the concepts in the book:

Porsche 919 Street: Built in 2017, the year Porsche announced its exit from LMP1 racing, this concept explored what a road-going version of the 919 Hybrid race car might be like. The model was built around the carbon-fiber monocoque structure of the race car, resulting in identical dimensions including for the wheelbase, and was envisaged to run the same 2.0-liter turbocharged V-4 and single electric motor that earned Porsche so many victories, as well as a record insane 5:19.55 Nürburgring lap time. Ultimately, Porsche decided the car was simply too extreme for the public.

Porsche Vision Turismo: A few years back there were rumors Porsche was working on a mid-engine supercar to be called the 960. It turns out there was some credibility to the rumors judging by the Vision Turismo, only the concept is a mid-engine sedan and not a supercar. The Vision Turismo was built in 2016 and clearly drew its inspiration from the 918 Spyder. While it was never given the green light for production, elements from the design are with us today on the battery-electric Taycan.

Porsche Vision Renndienst: Not all of the concepts developed at Porsche Style are developed with a view for production. Take for example the Vision Renndienst from 2018, or “Vision Race Service” when translated from German. Here, the challenge was to explore a segment that's very un-Porsche, in this case a minivan. The resulting design was an electric minivan with a central driving position and seating for five passengers.

Porsche Vision Spyder: Porsche has frequently toyed with the idea of a stripped-down sports car similar in ethos to the 550 Spyder of the 1950s. In 2019, the automaker really investigated the idea by building the Vision Spyder concept. Although it was never given the green light for production, Porsche said the project also further developed the design identity of the brand and thus provides a pool of ideas for future details, for example, the modern roll bar.

Porsche 911 Vision Safari: Like the 550 Spyder, Porsche's 911 SC Safari rally car of the late 1970s is another icon that's just begging to be revived. It seems Porsche came close in 2012 when it launched the 991-generation 911, as at that time it also cooked up this 911 Vision Safari concept complete with raised suspension, flared wheel arches, underbody protection, and roof-mounted lights. Interestingly, the idea of a modern 911 Safari may not be dead at Porsche as the automaker is currently out testing a high-riding 911.

Porsche 904 Living Legend: Remember the Volkswagen XL1 launched in 2014? The car featured a lightweight monocoque structure and a plug-in hybrid powertrain incorporating a 2-cylinder diesel engine, with its resulting efficiency coming in at a staggering 261 mpg. It turns out Porsche investigated using the XL1's underpinnings for a sports car inspired by the 904 Carrera GTS of the 1960s, only the Porsche version would have used an engine from Ducati. While production never happened, elements were resurrected for 2018's 935 tribute car.

Porsche Vision 920: Although Porsche ended its top-level endurance racing program with the 919 Hybrid, Mauer and his design team as recently as 2019 continued to imagine what a potential successor developed as a hypercar for the road or for a customer racing program might look like (Le Mans Hypercar, perhaps?). The result was the Vision 920, and it looks absolutely mental.

Porsche Vision E: Porsche is committed to battery-electric power, and wants its customers to be as well. Right now the peak of Porsche's electromobility performance is respresented by the automaker's Formula E race car. The Vision E imagined by Porsche's design team in 2019 conveys what a Formula E racer built as a track car to be sold to be customers might look like.

Porsche Vision 918 RS: The Porsche 918 Spyder is still one of the fastest production cars ever built. But what if it wasn't a special series but a regular model in the Porsche lineup. The Vision 918 RS designed in 2019 hints at what a direct successor might look like, and in track-ready RS guise. The goal was the ultimate hypercar, for the road and track.

The 328-page book “Porsche Unseen” is currently available at select retailers through publishing house Delius Klasing Verlag and would make a great Christmas gift. Some of the concepts featured in the book will also be on display at the Porsche Museum in Stuttgart, Germany, in 2021.