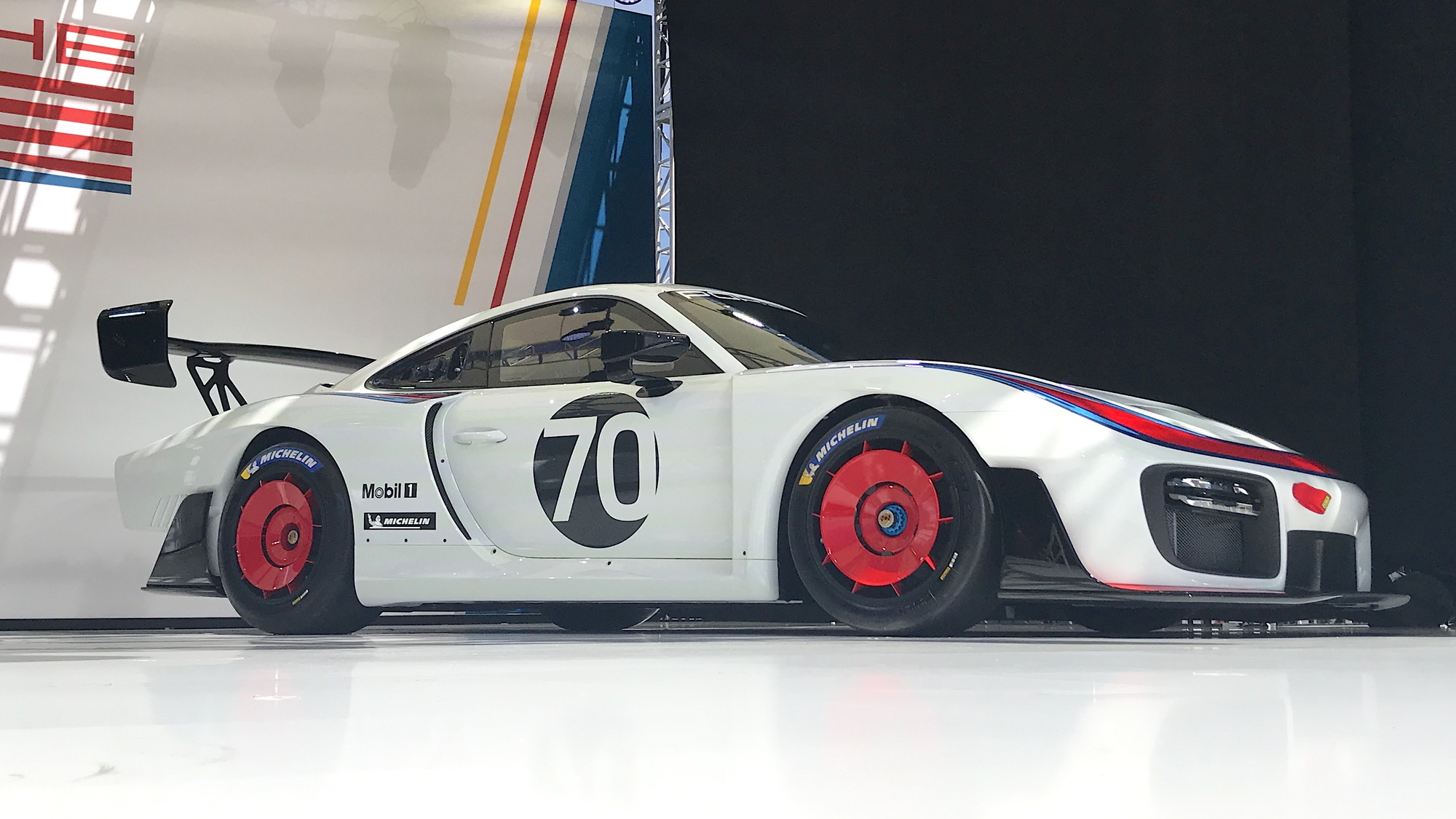 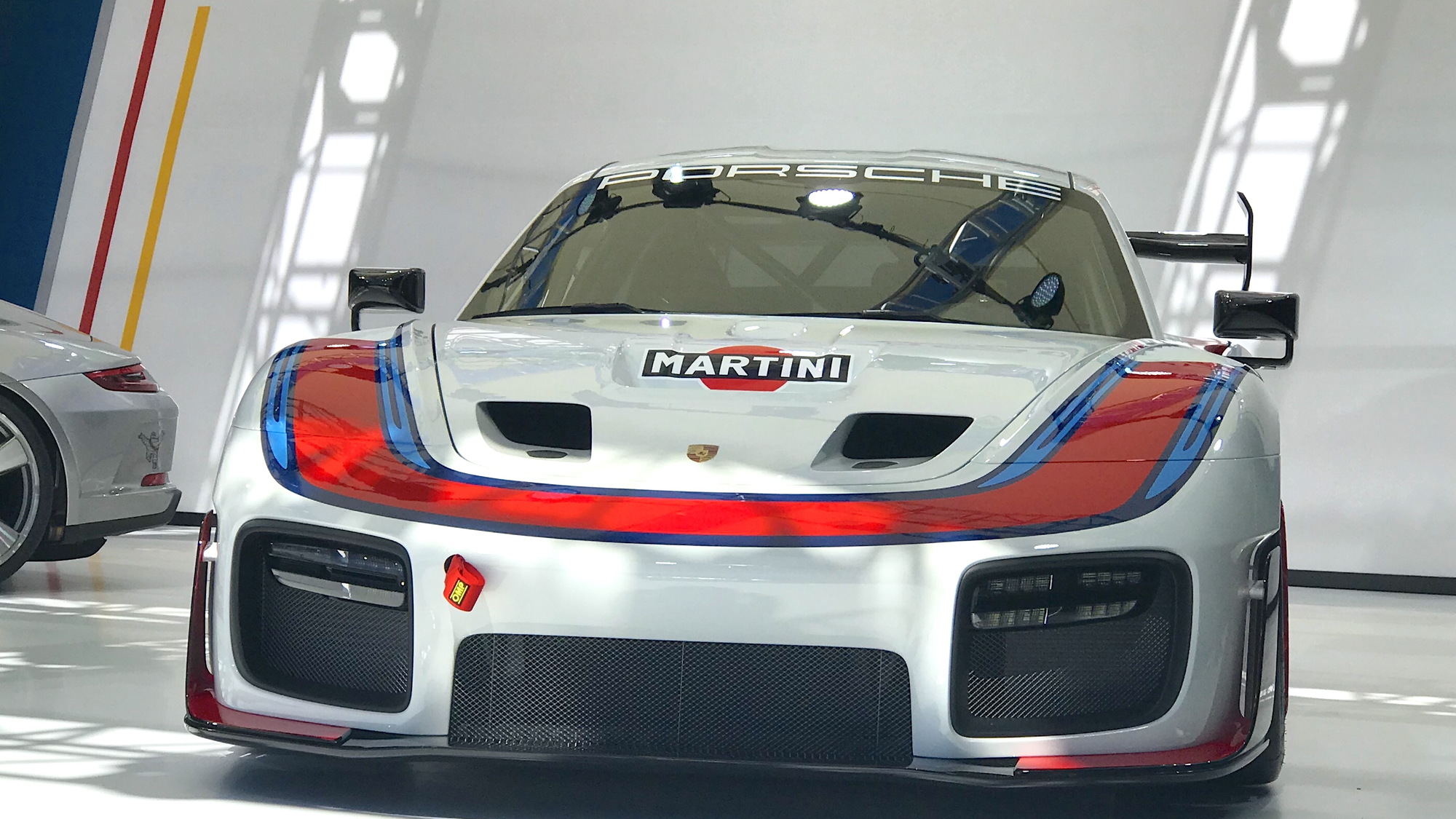 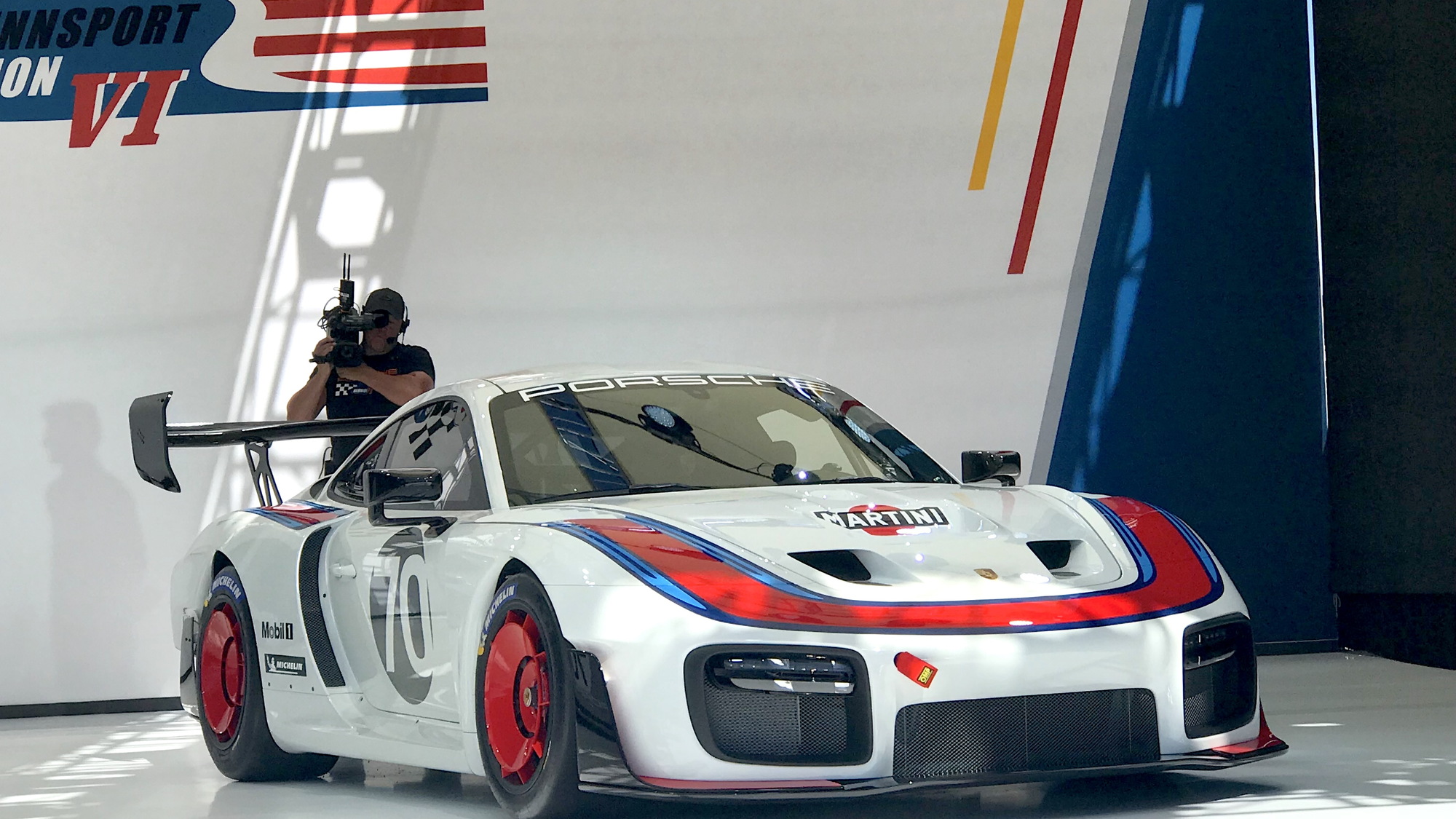 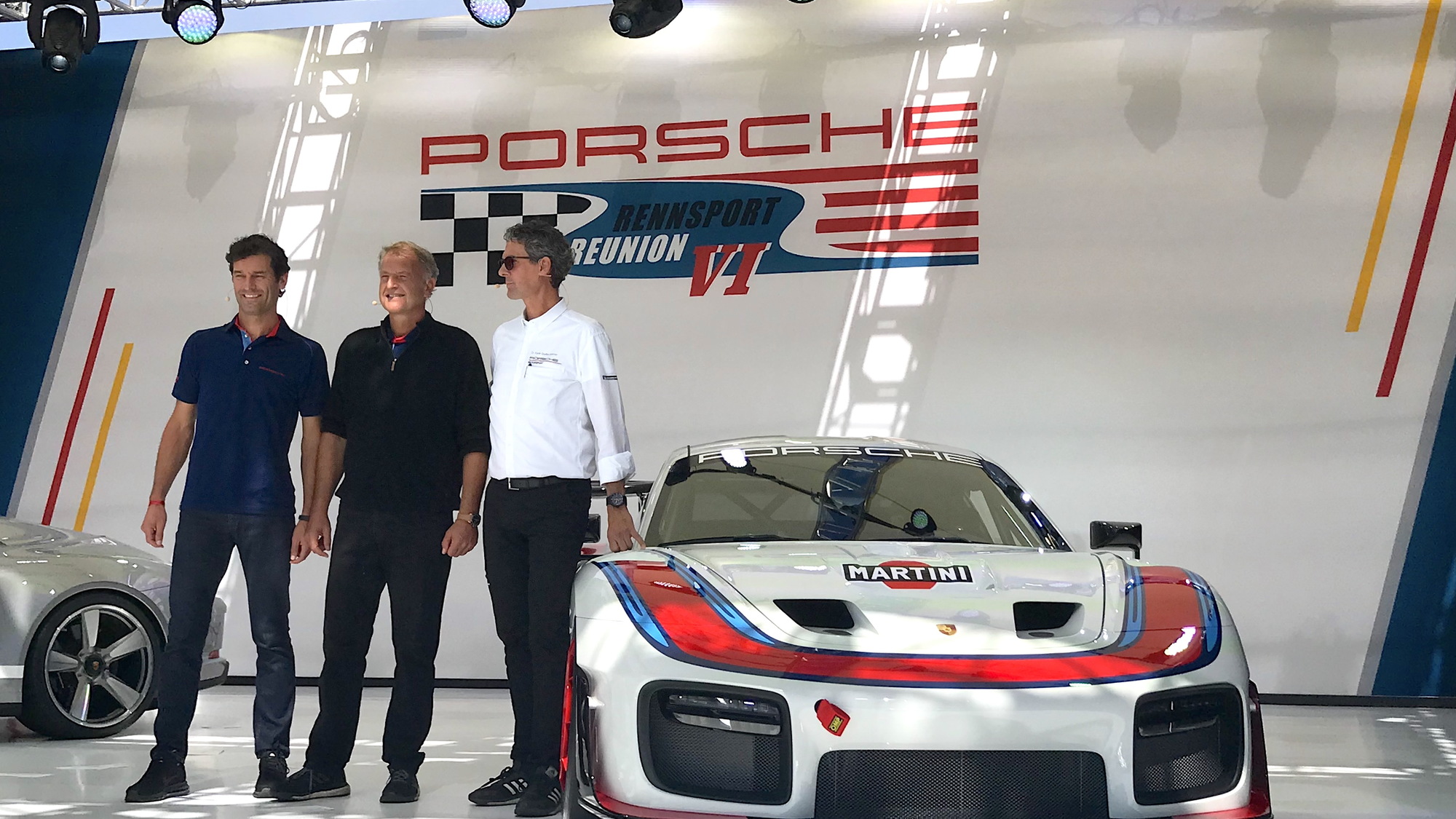 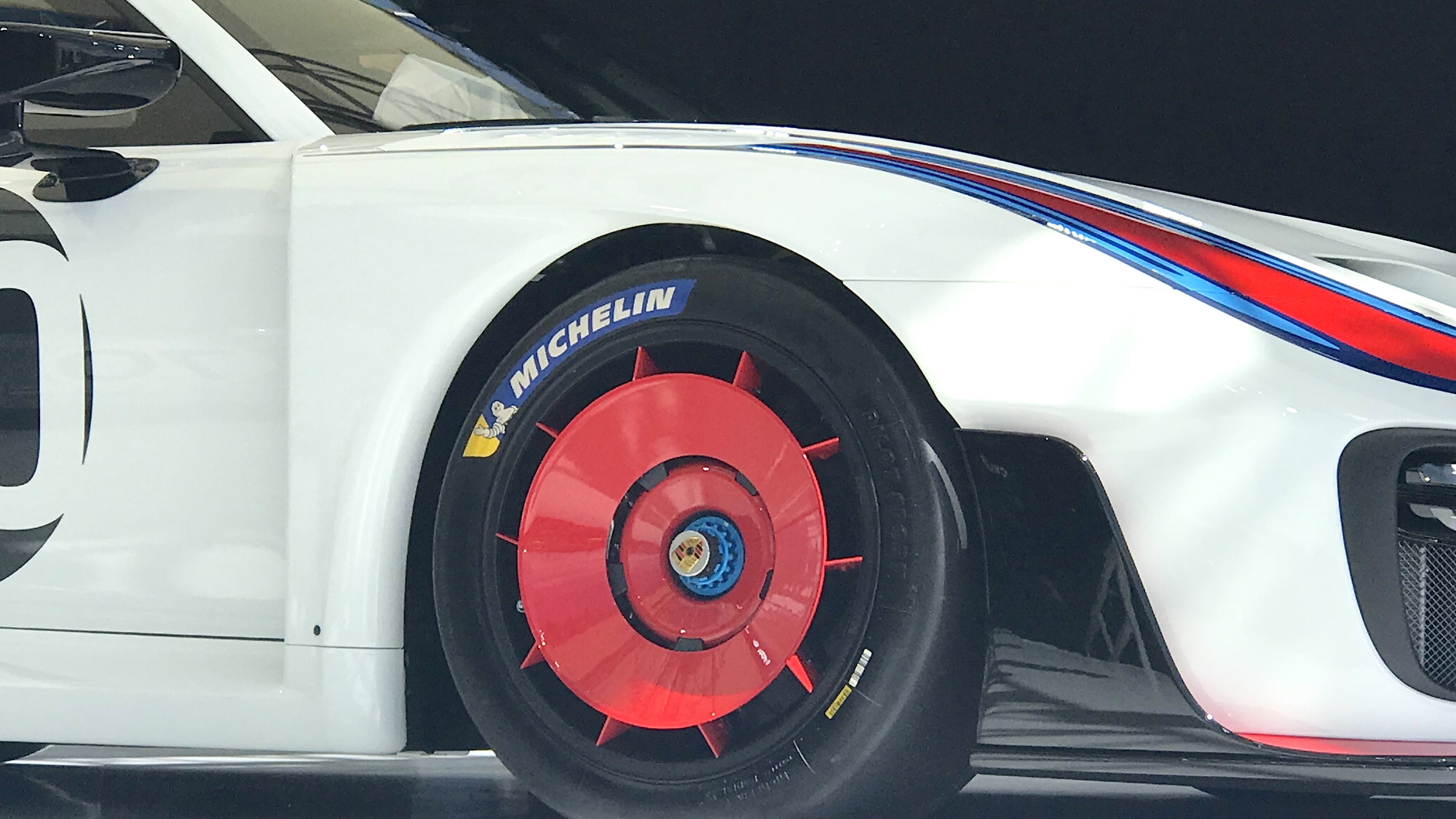 Suddenly it's 1978 all over again. With WeatherTech Laguna Seca Raceway as the backdrop, Porsche on Thursday unveiled the new 935 customer race car with a look that draws on the legendary 935 race car from the late 1970s and early '80s. The reveal took place at Rennsport Reunion VI, where the brand is celebrating its 70th anniversary.

Based on the 911 GT2 RS, the 935 uses the same 700-horsepower twin-turbocharged 3.8-liter flat-6 mounted out back. Drivers shift the 7-speed dual-clutch transmission via steering wheel paddles.

CHECK OUT: DP Motorsport ready to build the Porsche 935 track toy of your dreams

Most of the body is made from carbon-fiber-reinforced plastic to keep weight down to 3,042 pounds. The body extends almost 16 feet in tribute to the 935/78 Le Mans racer from 1978, which earned the nickname "Moby Dick" for its long tail and white base color. The aero-cap wheels recall the 935/78 as well.

Other exterior components pay tribute to other race cars from Porsche's past. The LED rear lights on the rear wing endplates are inspired by the 919 Hybrid LMP1 racer, the side mirrors come from the current Le Mans-winning 911 RSR, and the exposed titanium tailpipes recall the 1968 Porsche 908.

The historical references extend to the interior. The wood shift knob has been seen in the 917, the 909 Bergspyder, and the Carrera GT. The carbon steering wheel and the instrument panel color display behind appear in the 2019 911 GT3 R.

The driver is buckled into the racing seat with a six-point harness and protected by a safety cage. A passenger seat is optional. It's not completely uncivilized inside: air conditioning is standard.

The 935 is not homologated from the 911 GT2 RS, and won't race in any sanctioned class. Porsche notes that it is ideal for clubsport events and private training on racetracks.

Only 77 lucky and well-heeled buyers will be able to buy the revived 935 for a price of $817,172 (701,948 Euros). Deliveries will begin next June and owners will get training from Porsche instructors on how to use and drive the car.