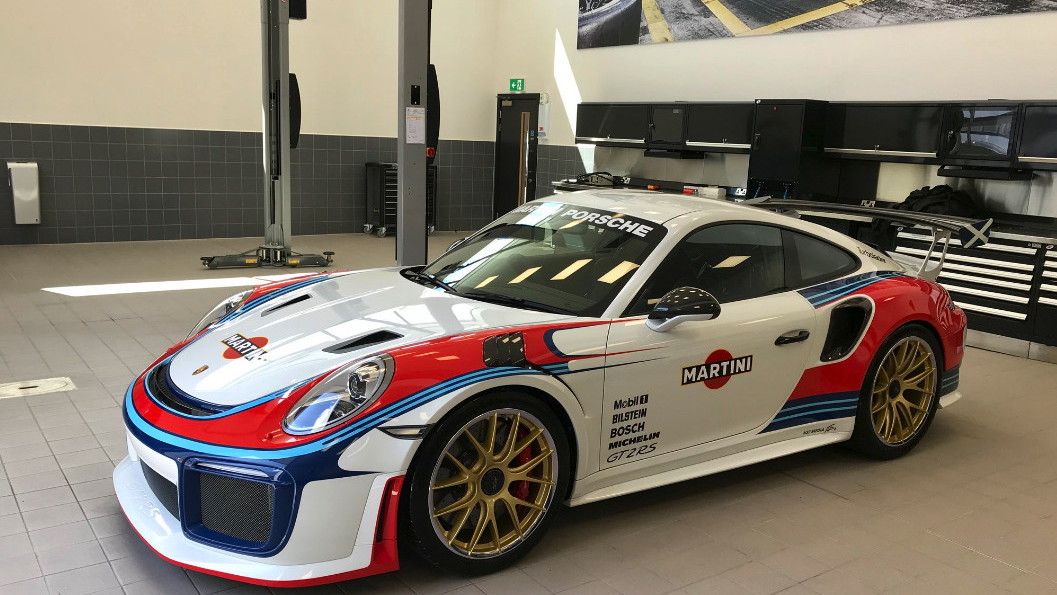 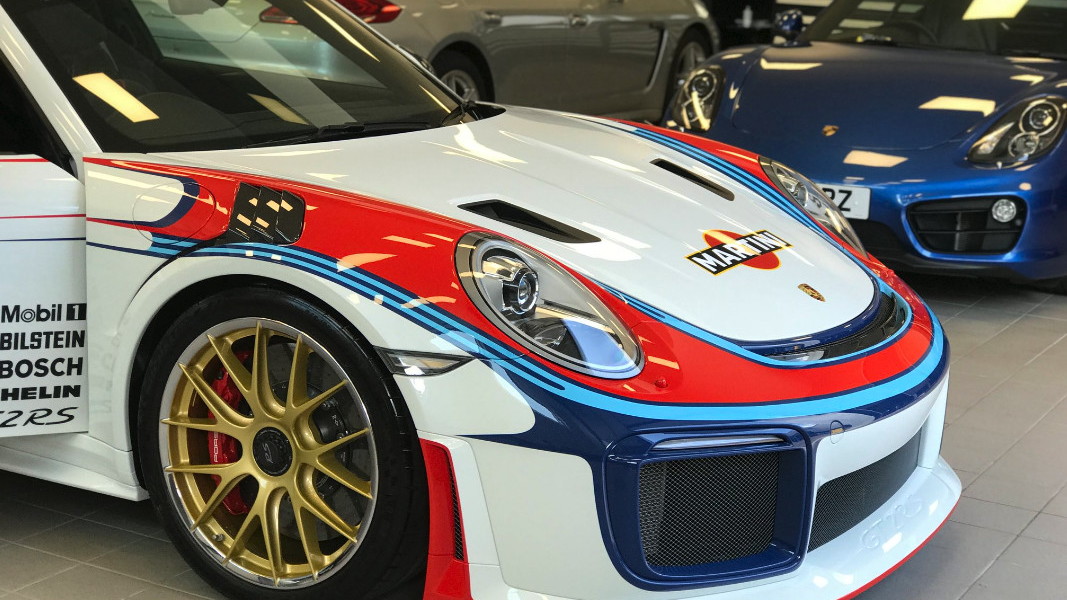 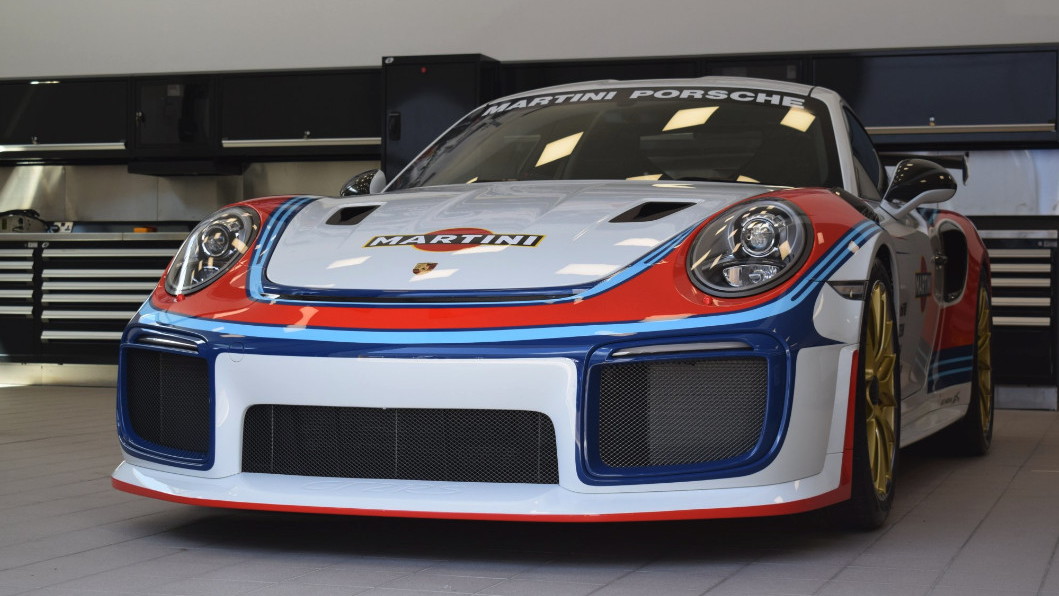 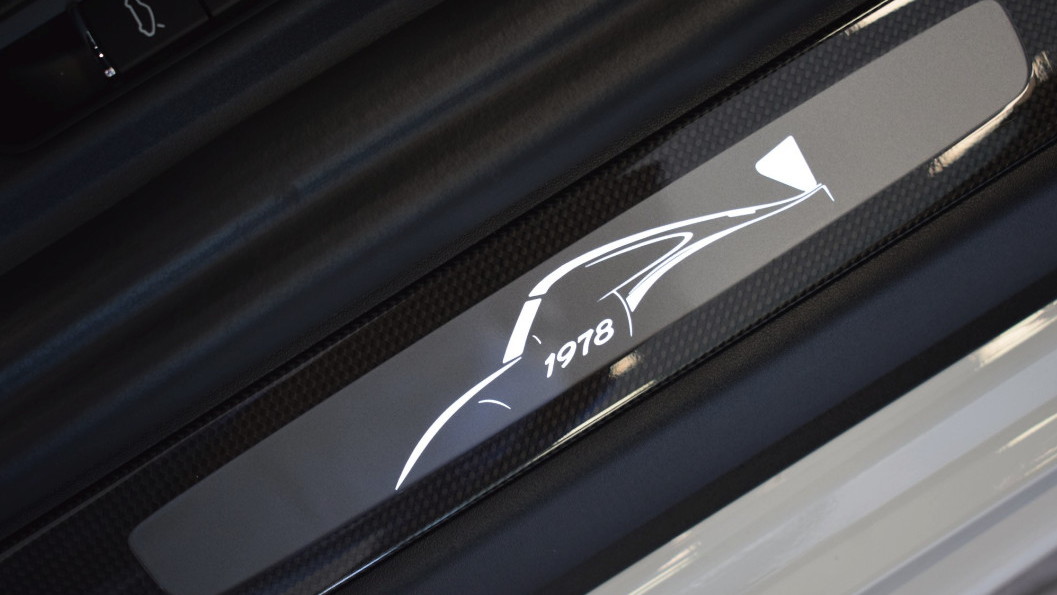 The Porsche 935 is a motorsports legend, and the 935/78 is a special car among special cars. Known as "Moby Dick" for its white color and long tail, the 1978 version of the 935 was an instant stunner even though it never finished where Porsche expected. The legacy of the original lives on today thanks to Porsche Retail Group in the UK, which has applied the iconic Martini livery to a 2018 Porsche 911 GT2 RS.

This isn't a wrap. The car has been fully painted in the red, white, and blue Martini color scheme. Gold wheels help complete the look on this perfect tribute to an imperfect racing machine.

Porsche Retail Group tweeted about the car after completing it in June.

No vinyl. All paint. A special project undertaken by our Group Central Operations #MartiniRacing pic.twitter.com/tfQiUpNsoR

Porsche released its upgraded 935/78 race car for the 1978 racing season in an effort to dominate at Le Mans. In addition to the long rear fenders, the car had fairings on the doors that extended the front fenders, and the floor pan was cut way to allow the body to be lowered 3.9 inches. Out back it featured a 3.2-liter flat-6 force-fed by a pair of turbochargers. With the boost cranked up, the engine produced up to 845 horsepower, which is bonkers for a 2,200-pound car. On the Mulsanne Straight, Moby Dick hit 228 mph. That was fast enough to pass the prototypes and make it the fastest machine on the circuit.

Check out the brutal power of the 935/78 in action with Romain Dumas at the wheel at the 2012 Le Mans Classic in the video below.

Unfortunately, the 935/78's engine was high strung and that led to numerous problems. The car finished in 8th place at the 1978 Le Mans even though it was fast enough to win.

Regardless of that effort, the car was an instant fan favorite. It's still a beloved race car to this day due to its insane power and distinctive bodywork, including that long tail.

Applying the same paint scheme to a modern Porsche is a no-brainer, and we're actually surprised it hadn't happened already. The fact that the car chosen is the insanely powerful 911 GT2 RS is entirely appropriate. We also appreciate the move to use paint instead of a removable wrap.