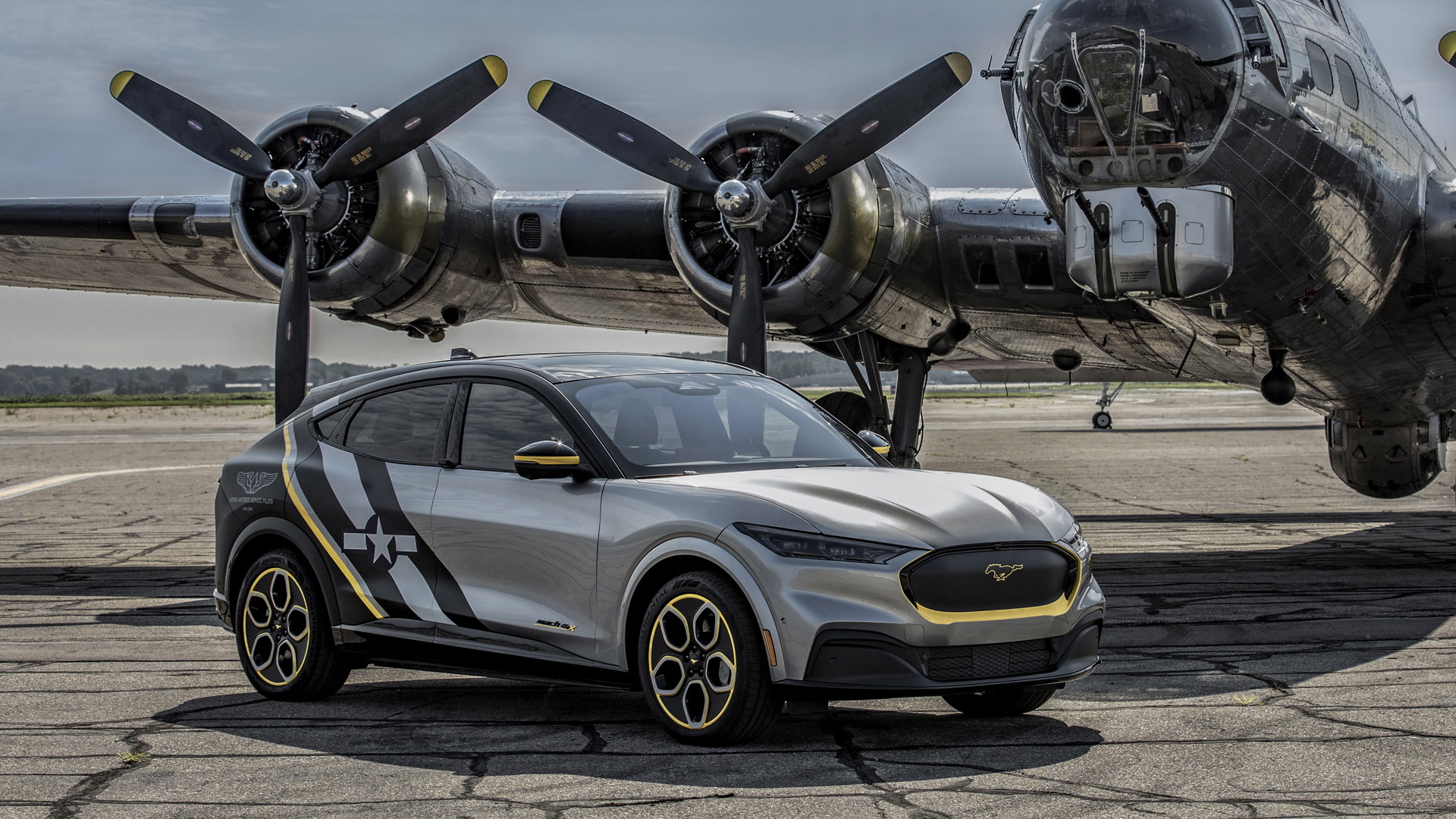 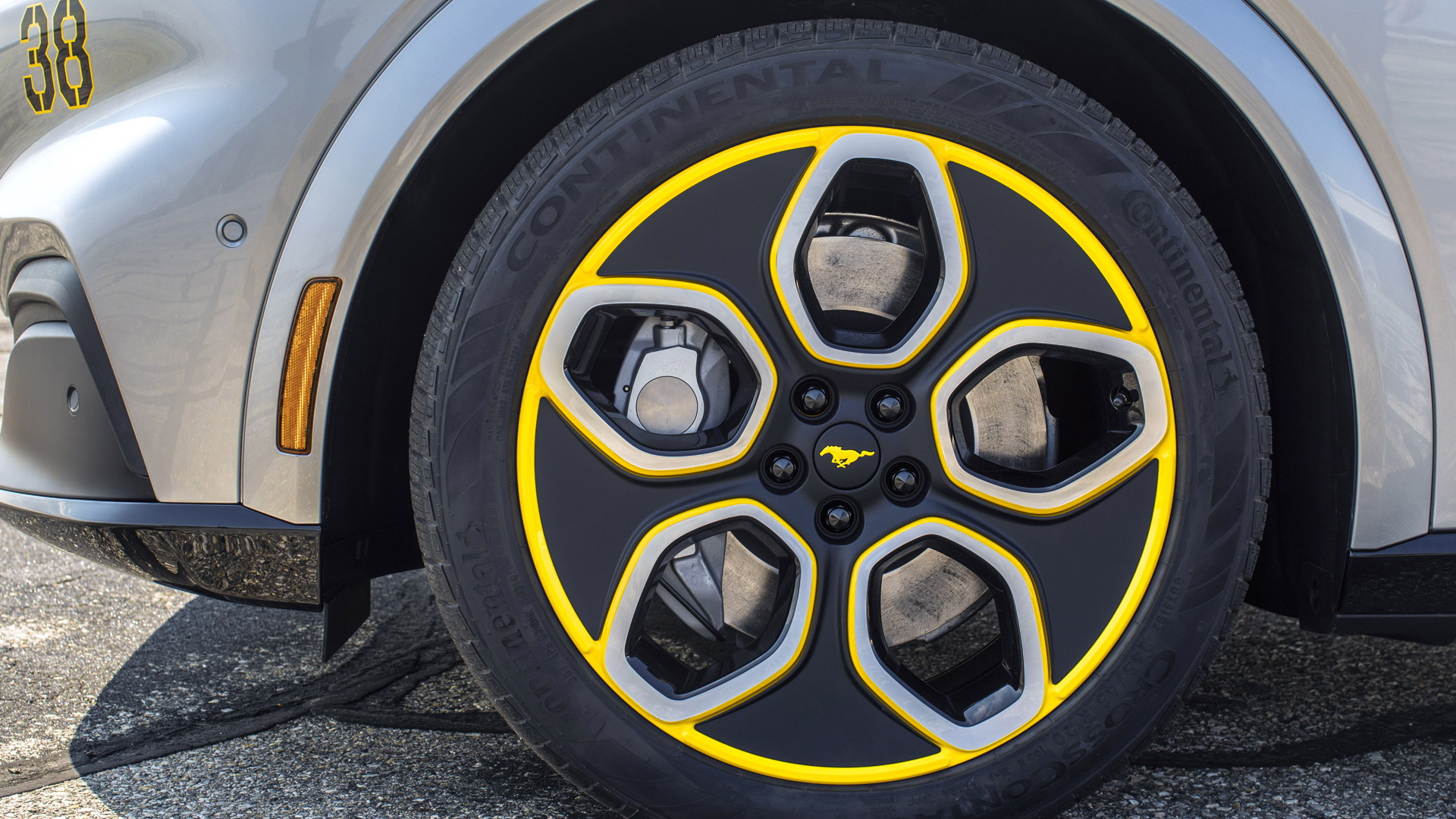 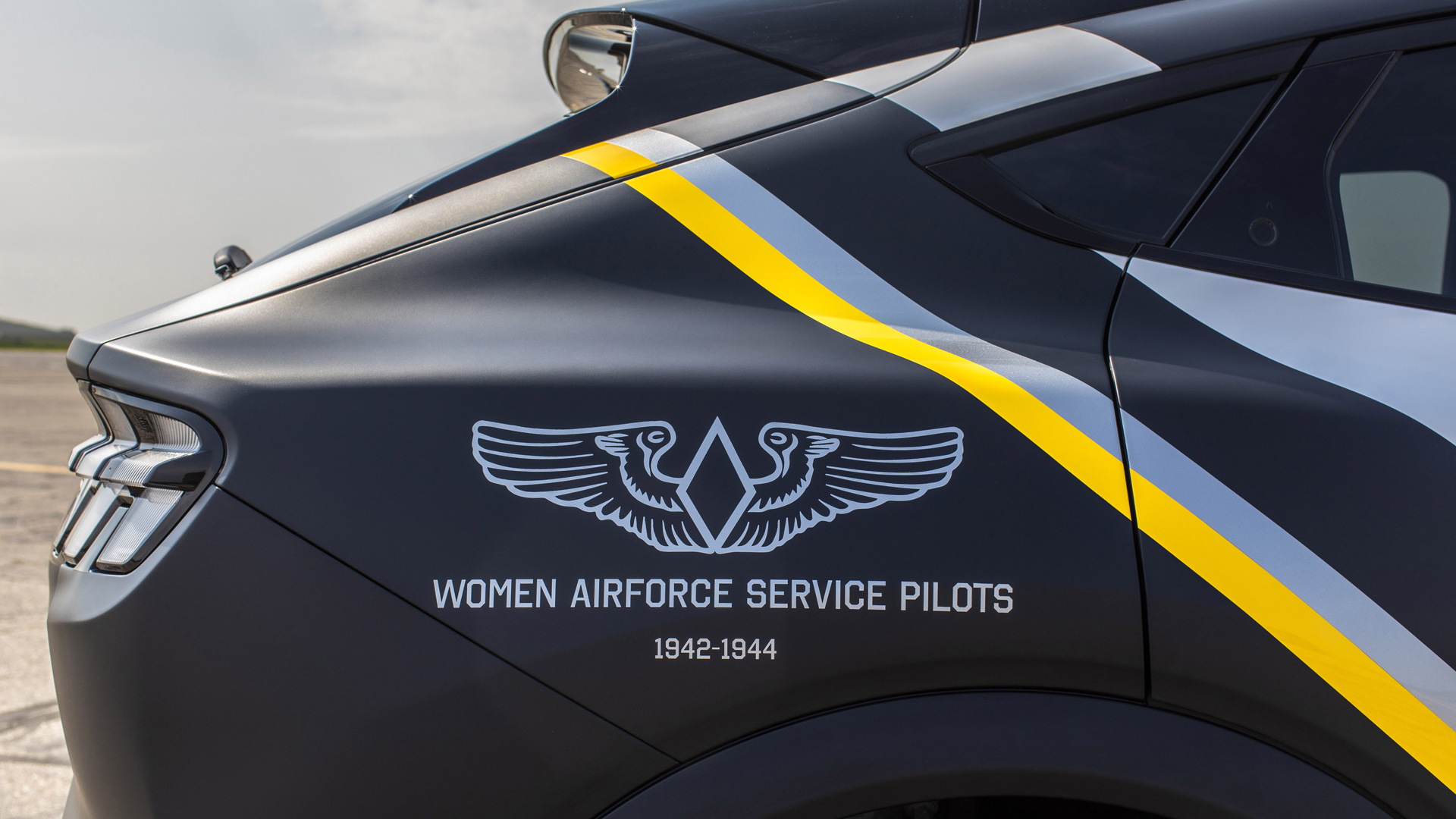 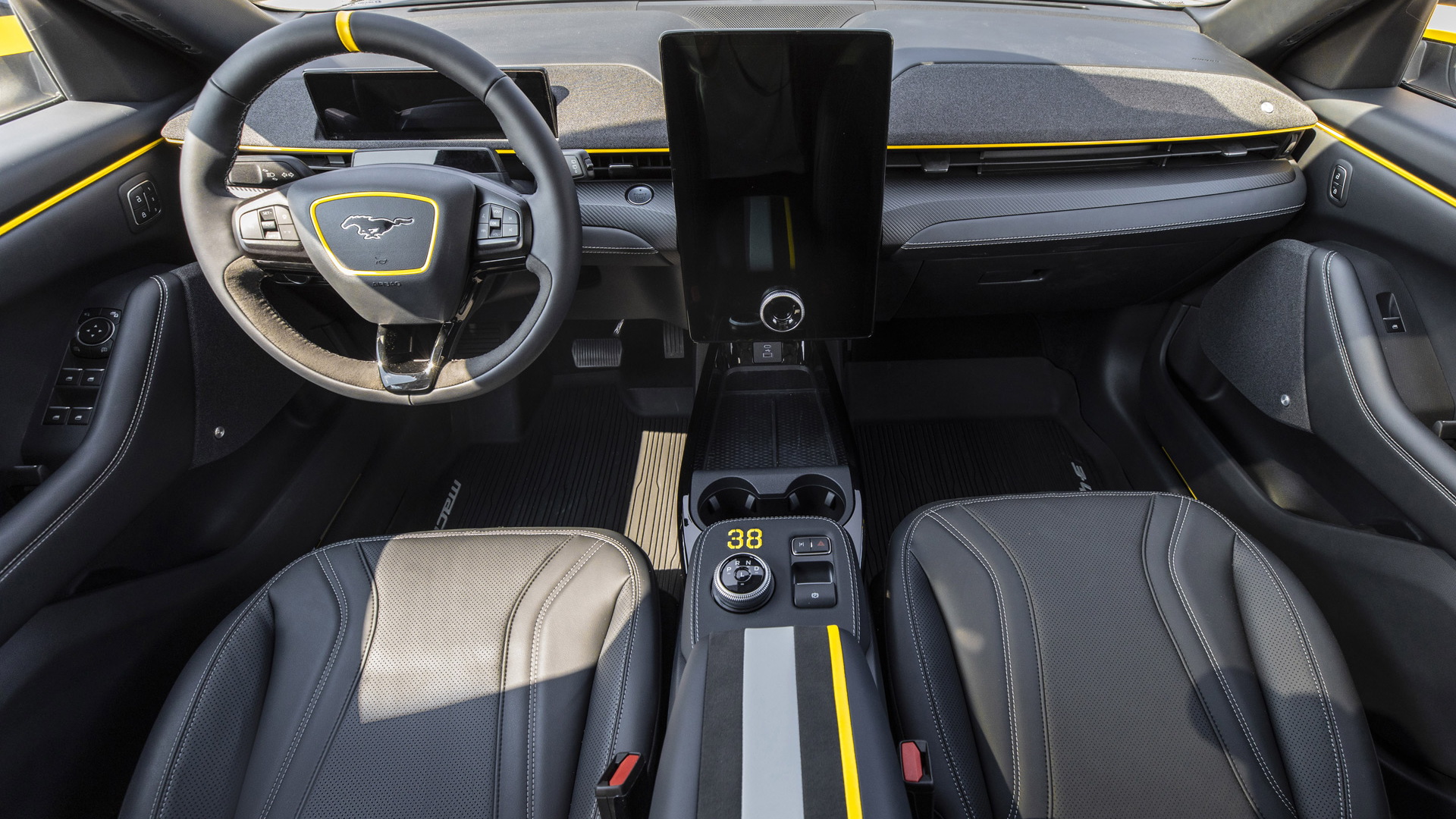 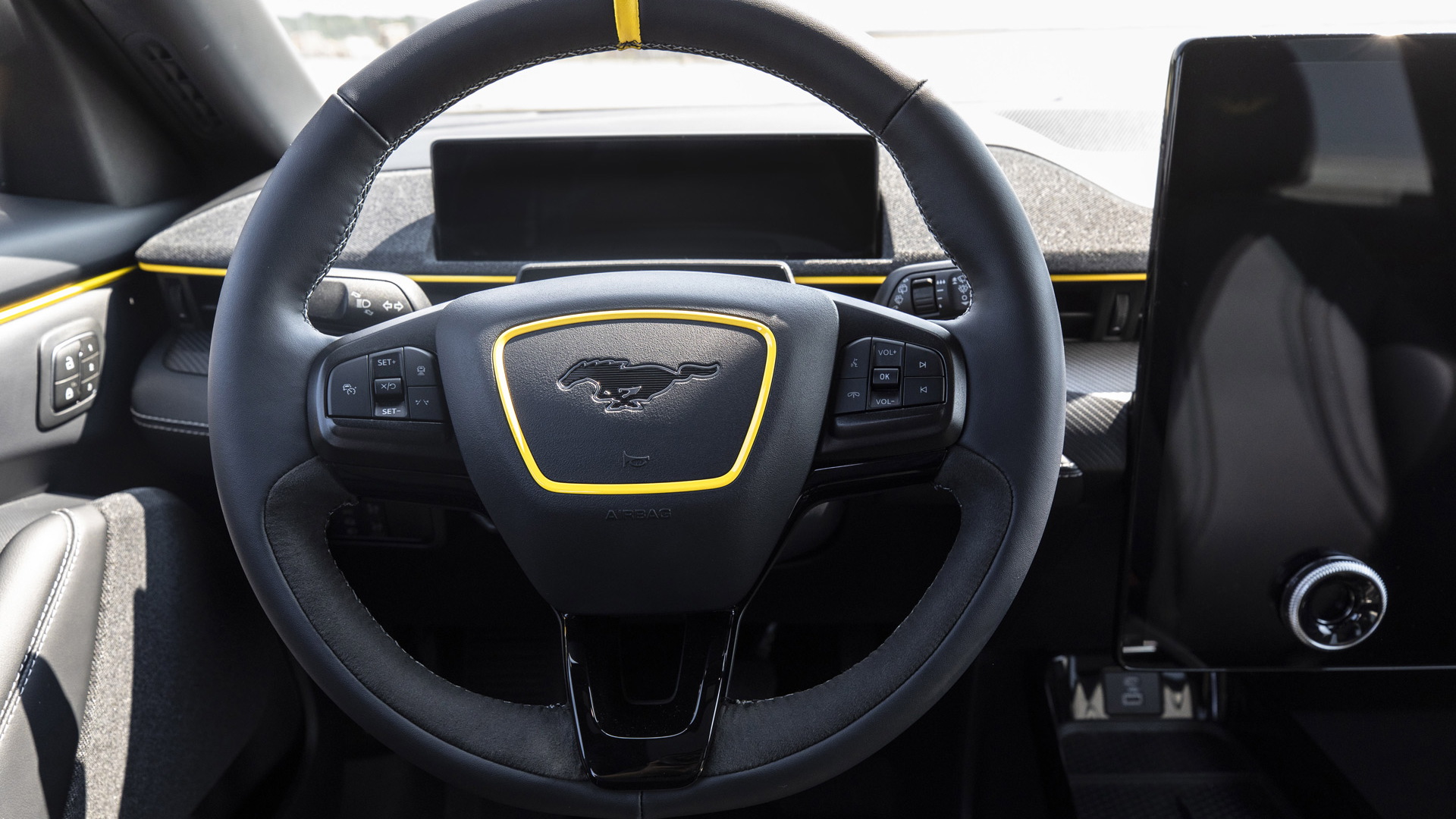 The annual EAA AirVenture Oshkosh in Wisconsin is currently underway and Ford will once again use the event for the charity auction of an aeronautical-themed vehicle.

This year, Ford has chosen to honor the Women Airforce Service Pilots with a specially designed, one-off version of the 2021 Mustang Mach-E.

The Women Airforce Service Pilots were a civilian group of female pilots who during World War II helped transport military planes from the factory to where they were needed. Though not initially recognized as active military personnel, in 1977 they were granted retroactive military status.

The Mustang Mach-E honoring them features a custom paint scheme and military-style badges inspired by some of the planes flown by the pilots. The number 38 featured on the front and rear fascias, as well as on the center console, honors the 38 members of the Women Airforce Service Pilots who died while serving.

The special Mustang Mach-E will be auctioned off on Thursday during the EAA AirVenture Oshkosh's The Gathering event. All funds raised will be donated to the EAA Aviation Foundation which helps train and support the next generation of pilots. Ford has been building special vehicles for the charity auction since 2008, which so far have raised over $4 million. The highest bid remains the $500,000 for the Mustang AV8R made back in 2008.