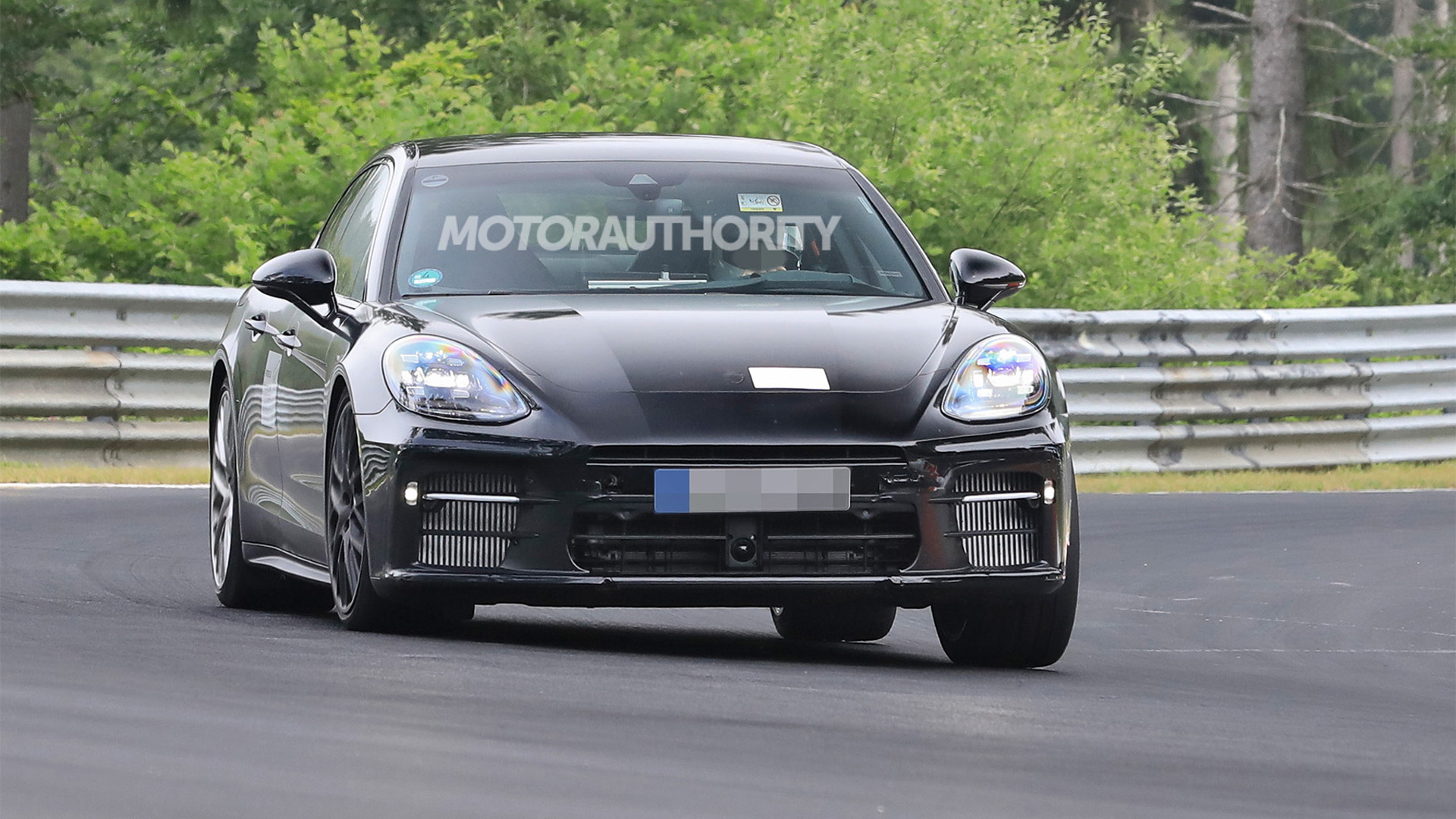 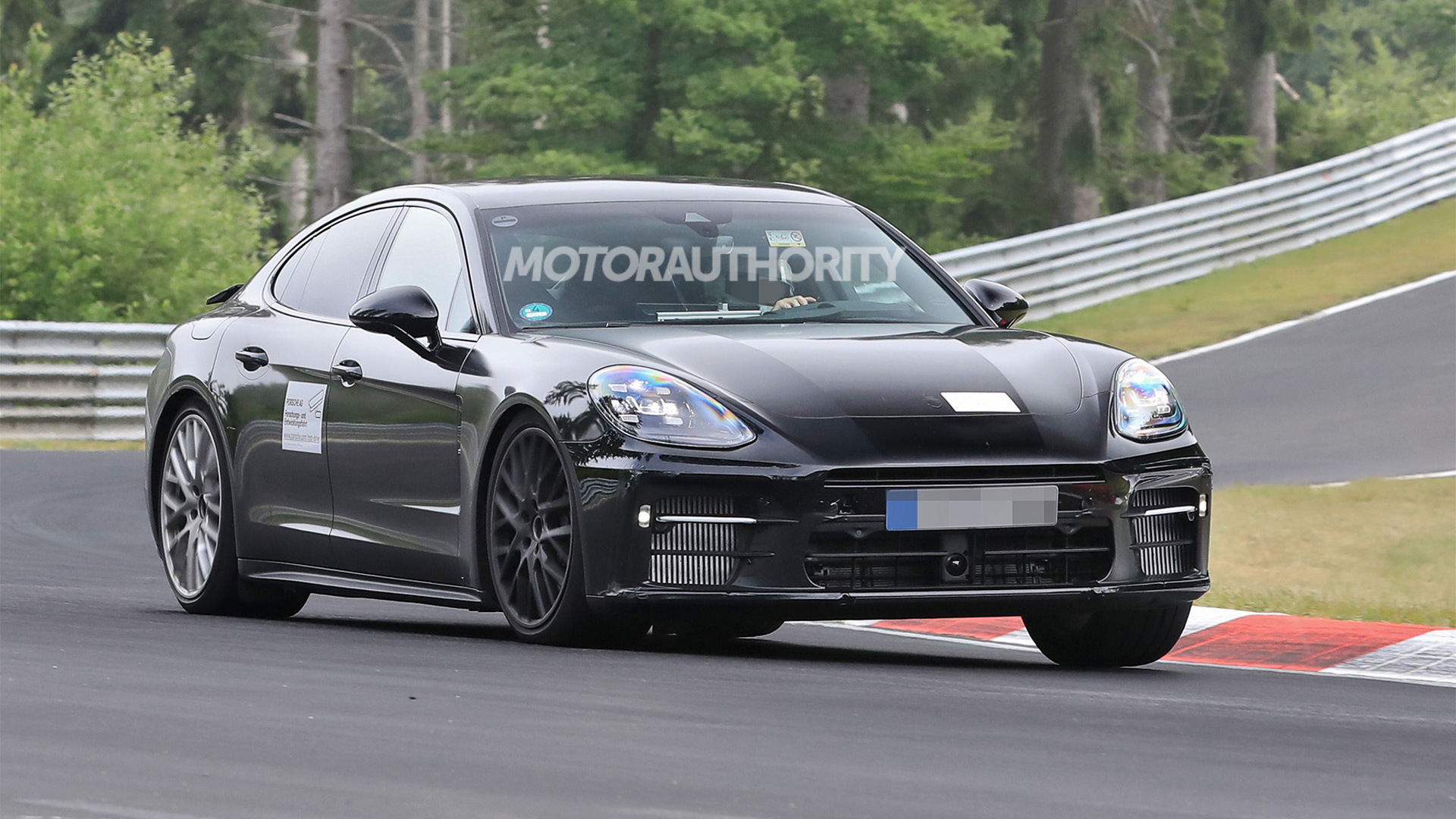 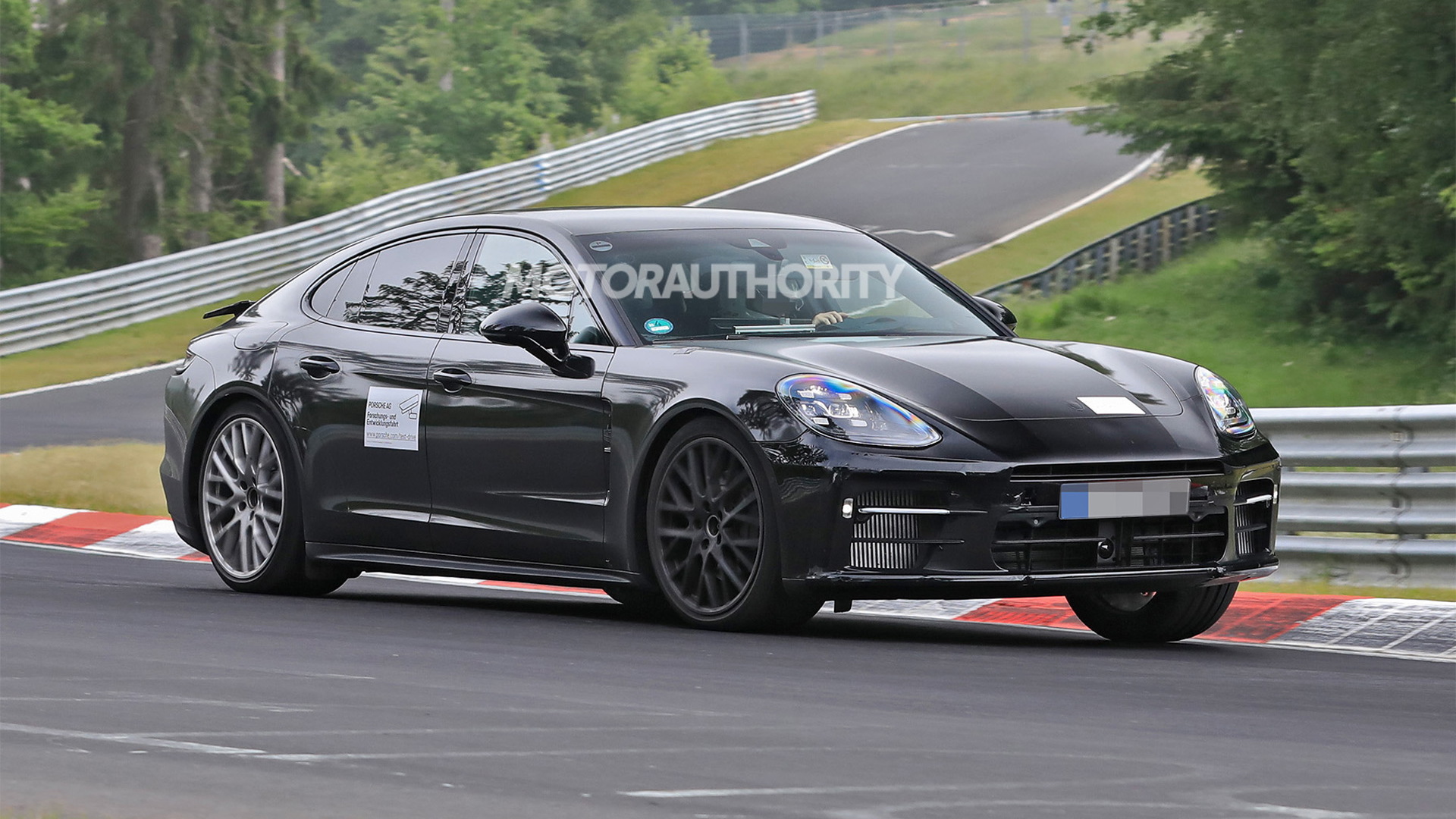 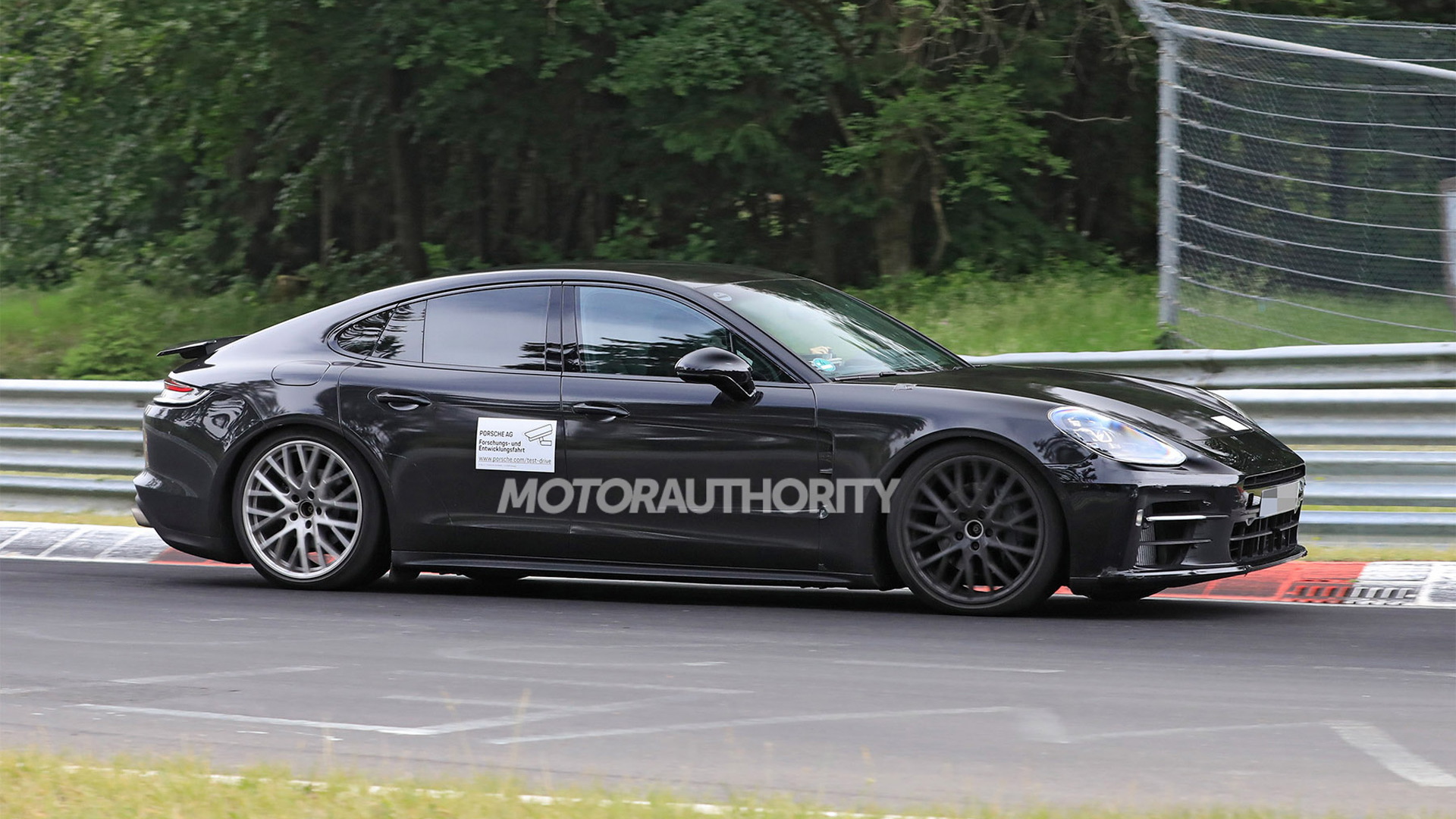 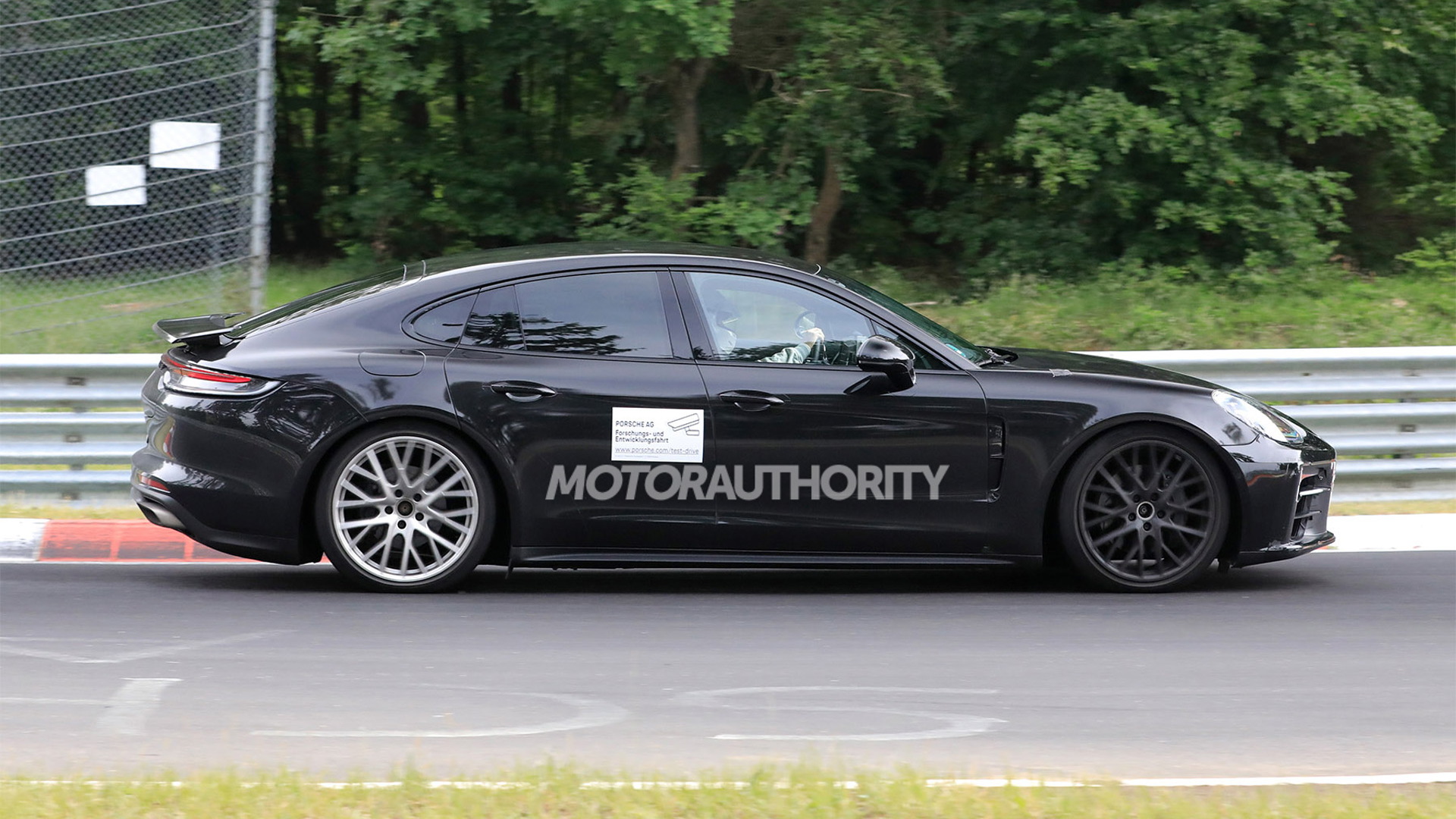 Porsche engineers are out testing a Panamera sporting an update, suggesting that the current generation of the big fastback hatch is about to be updated for the second time.

The current Panamera arrived on the market as a 2017 model and was given its first update for 2021, though that update focused more on the powertrains and as a result the exterior and interior designs have changed little since the original market launch.

Looking at the prototype, we can see that the front fascia is a new design featuring larger side intakes and a new shape for the center intake. A second center intake has also been added, sitting just above the license plate.

The front fascia also features Porsche's thin-slit daytime running light design, which already features on the 911, 718 and Cayenne and will soon be added to the Macan, which is about to receive a second update of its own.

Though not shown in the photos, the dash is fully covered, which points to tweaks being made here as well.

It's difficult to gauge when we might see this second update introduced, but a strong possibility is the 2023 model year, as this is when the Cayenne is due to receive its own update. Both models will likely share powertrain and interior technology. An updated version of the Panamera Sport Turismo wagon should also arrive around this time.

One powertrain tweak could be more power for the range-topping Panamera Turbo S E-Hybrid. The 2021 update saw output from the plug-in hybrid model's 4.0-liter twin-turbocharged V-8 and electric motor combo bumped up to 689 hp and 642 lb-ft of torque. While this is nothing to sneeze at, rivals like the upcoming Mercedes-Benz AMG GT 73e and recently launched Tesla Model S Plaid pack 804 and 1,020 hp, respectively.

You might be wondering why Porsche is introducing a second update for the Panamera. It's possible Porsche plans to extend the life of the current Panamera until a battery-electric successor arrives, similar to what the automaker is doing with the Macan which will spawn an electric successor in 2023.

Recall, Porsche estimates that by 2030 more than 80% of its sales will be EVs, with the remainder made up of the 911—which will be Porsche's last holdout for the internal-combustion engine.