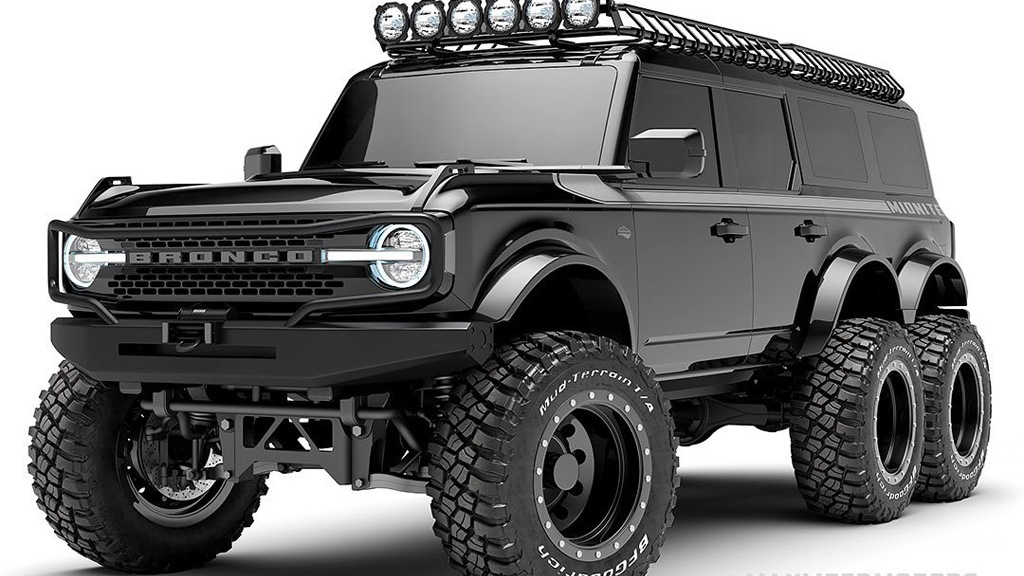 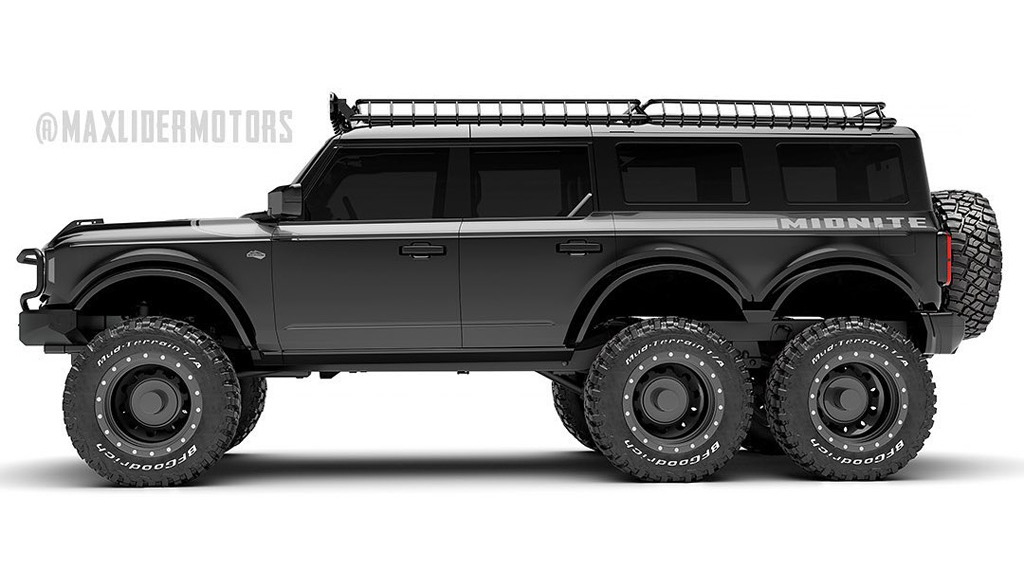 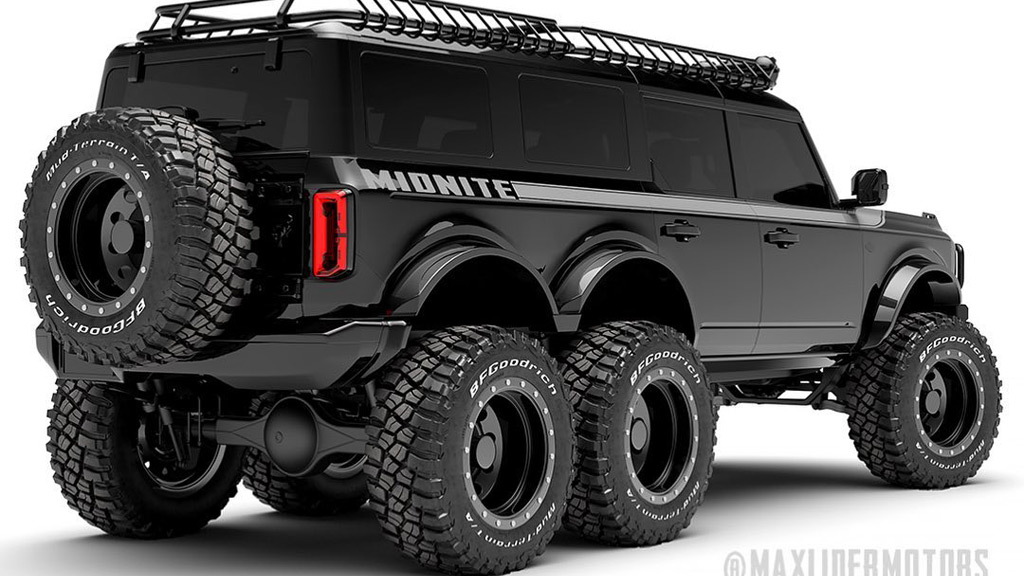 It was only a matter of time.

Vehicle customizer Maxlider Brothers Customs has announced plans to build a 6x6 version of the modern Ford Bronco due to start deliveries this summer.

Ever since Mercedes-Benz AMG launched the G63 6x6 back in 2013, multiple tuning firms have attempted to mimic the success (and notoriety) of that vehicle by offering 6x6 conversions of other rugged SUVs and pickup trucks. The list includes the Chevrolet Silverado, Ford F-150 Raptor, Jeep Gladiator/Wrangler, Land Rover Defender, Ram 1500 TRX, and more.

Now we can add the Bronco. First spotted by Motor1, Maxlider over the weekend posted to its Facebook page computer-generated renderings of its planned Bronco 6x6. Together with the renderings, the company said it is now accepting orders with a view to delivering the first vehicles in 2022. The price tag? An insane $399,000.

Maxlider offers a full range of upgrades for the Bronco, though the Bloomington, Illinois-based company hasn't mentioned what exactly it plans to include on its Bronco 6x6. The obvious upgrades include the BFGoodrich all-terrain tires (including a full-size spare), raised suspension, fender flares, brush guard, and roof rack with off-road lights. Naturally, there's also an extended frame supporting the additional axle and differential.

Considering the next Ford Ranger will share the same updated T6 body-on-frame platform found in the Bronco, there's a good chance Maxlider will be able to handle a 6x6 conversion of the new pickup truck. The new Ranger is due for a reveal later this year as a 2022 model.