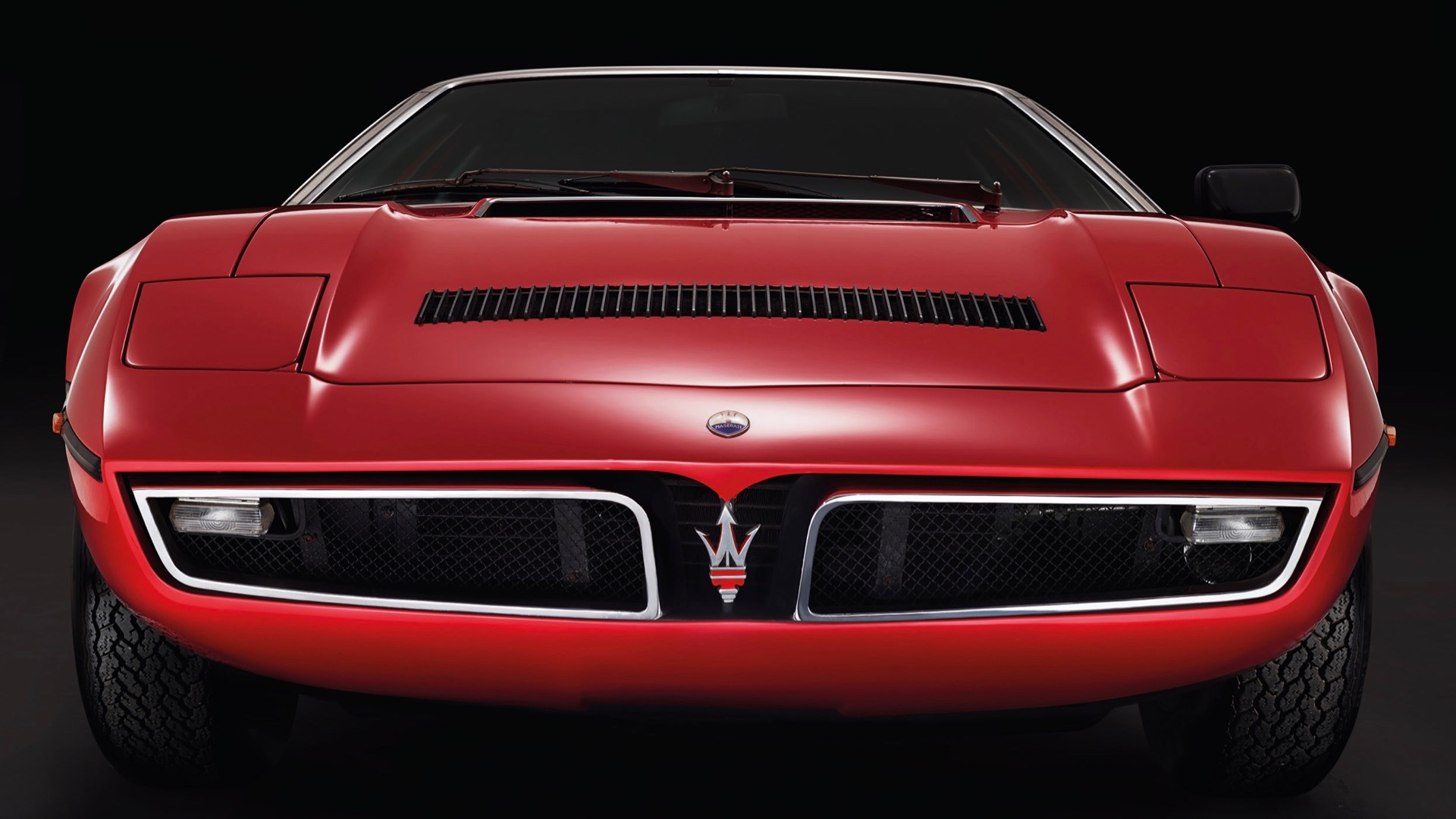 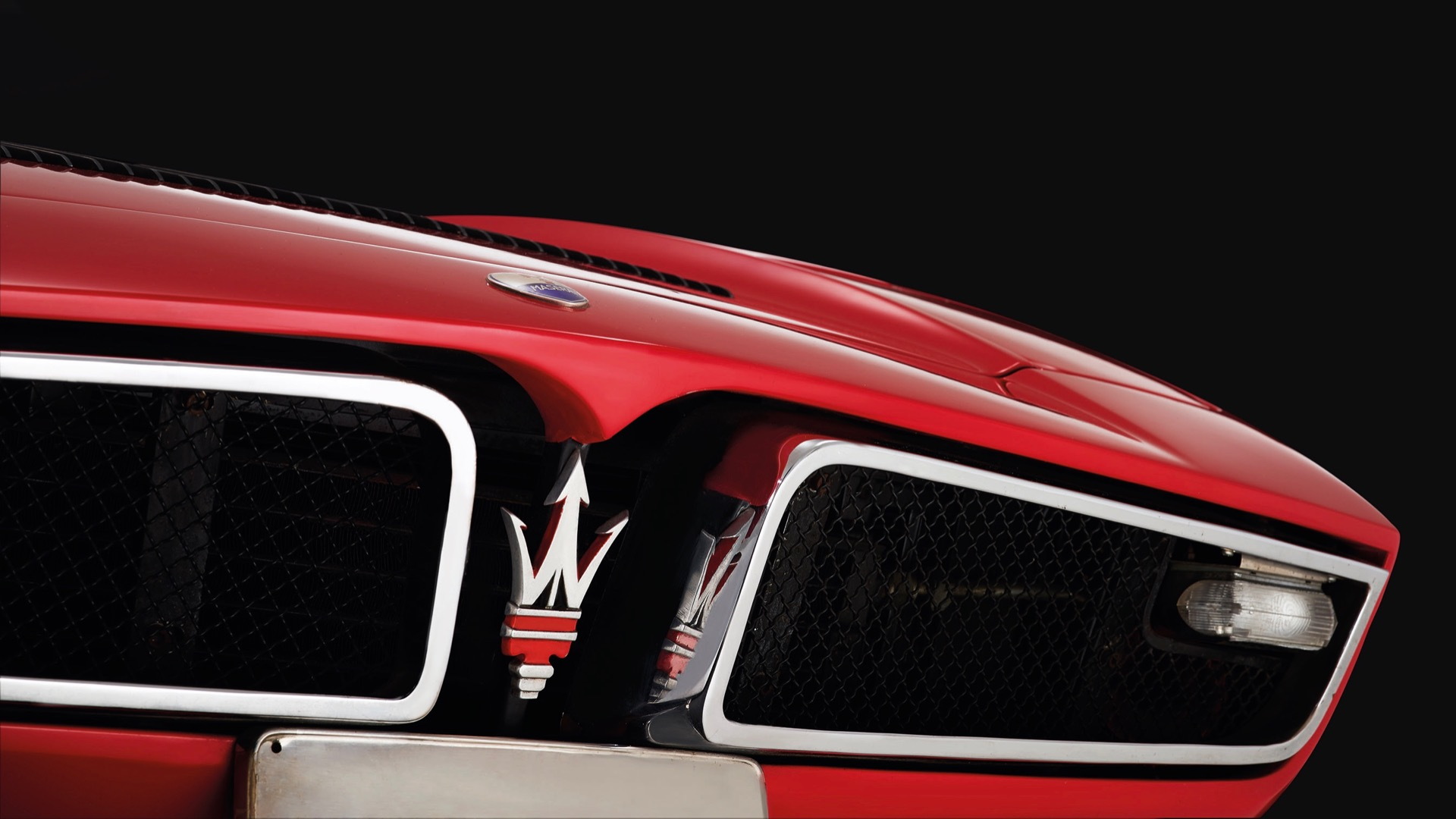 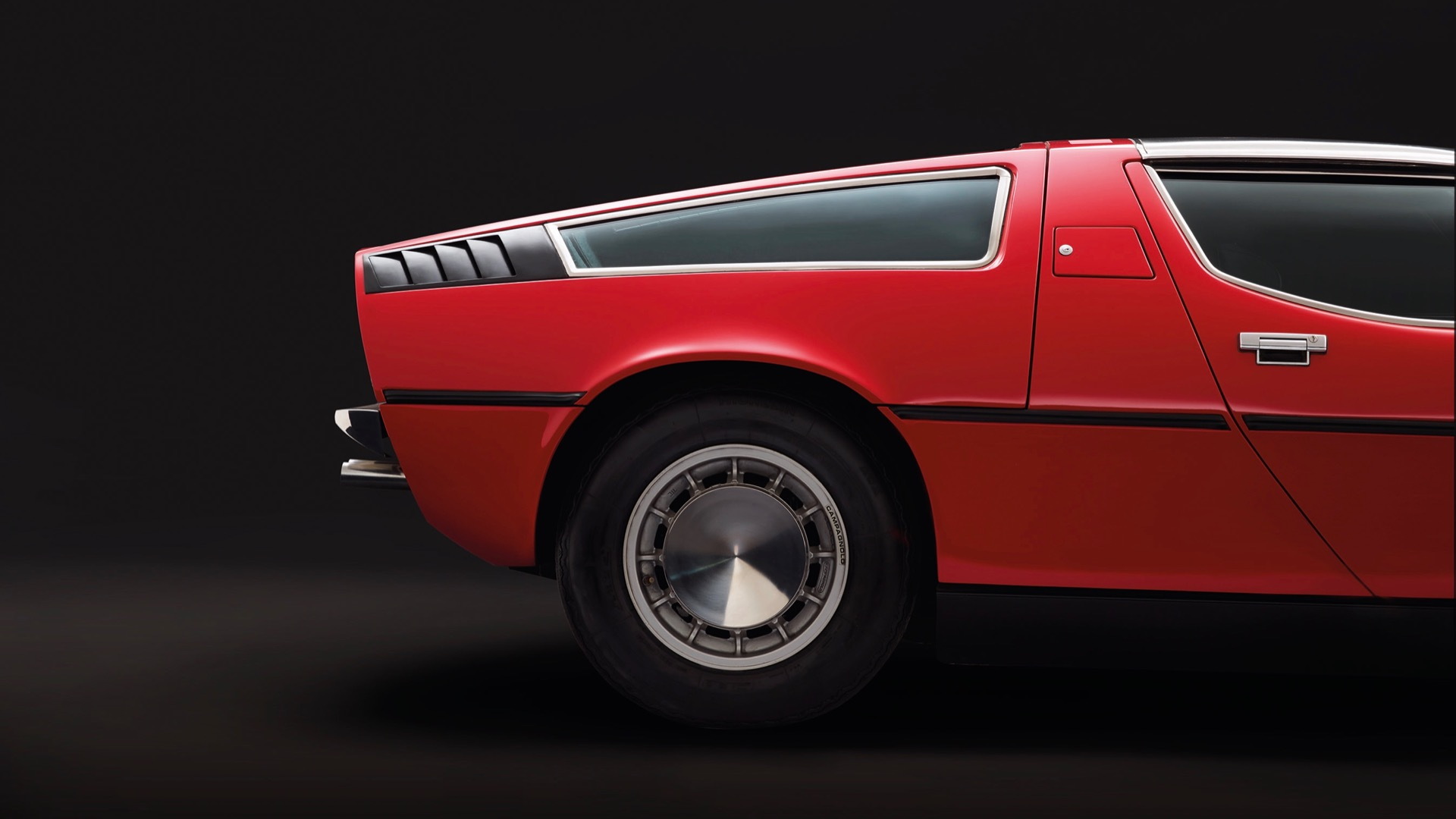 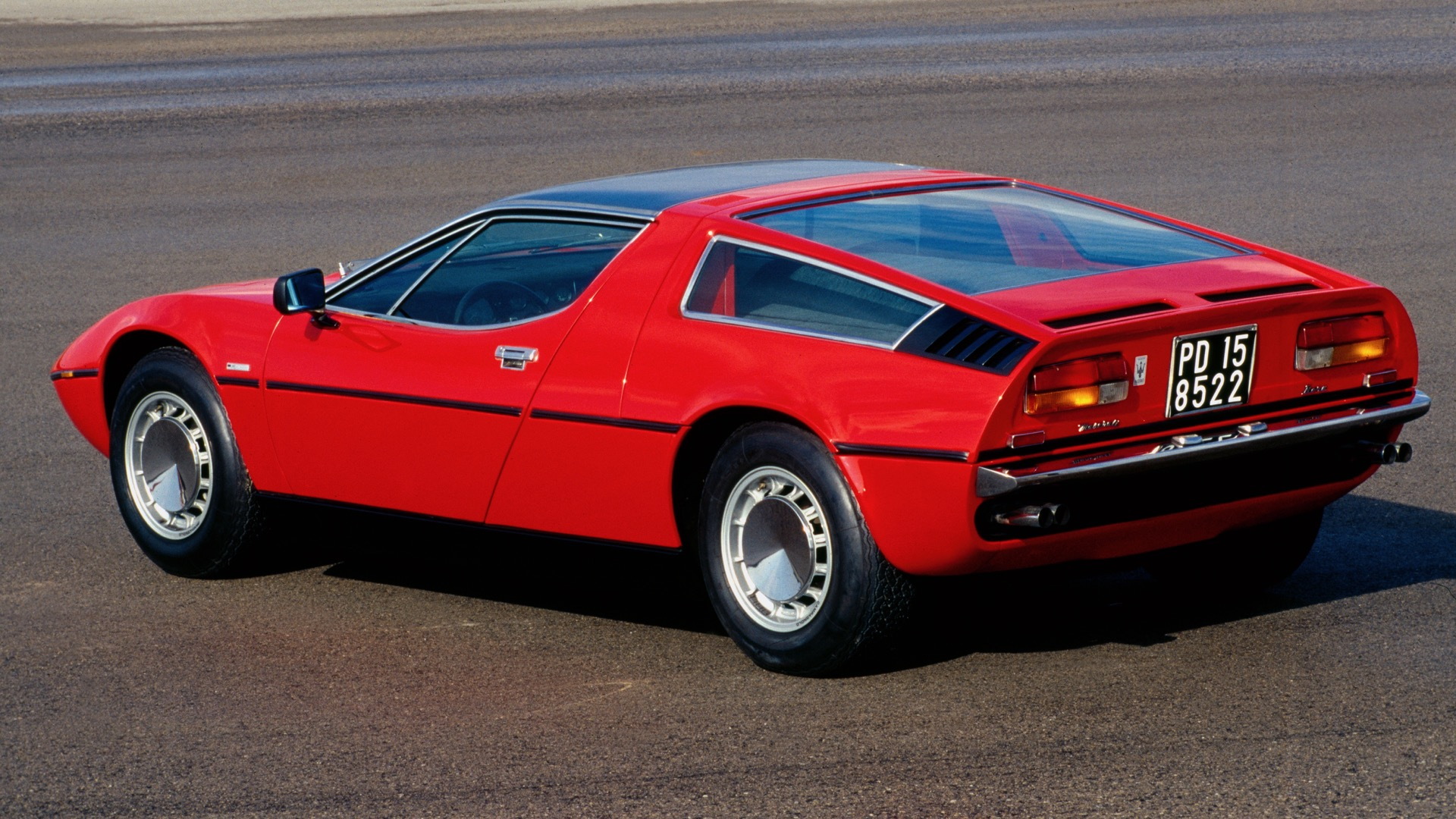 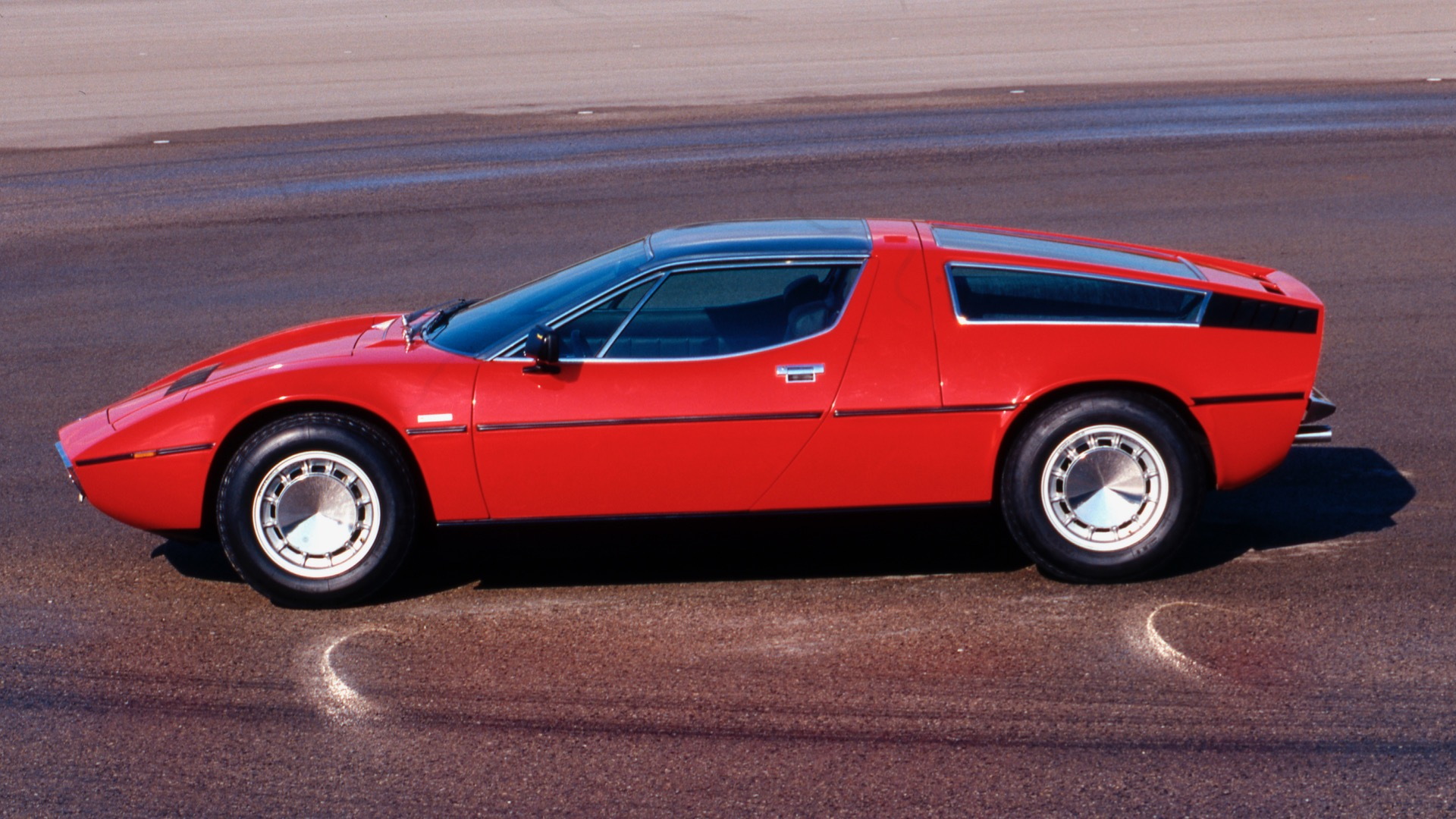 As Maserati prepares to launch the mid-engine MC20, one of that car's ancestors is celebrating its golden anniversary. The Maserati Bora debuted 50 years ago as the Italian automaker's first mid-engine road car.

Maserati had built race cars with the engine behind the driver, but the Bora brought that idea to the automaker's road-car line when it debuted at the Geneva motor show on March 11, 1971, the automaker noted in a press release. Maserati was playing catch up, as the mid-engine Lamborghini Miura had debuted, in concept form, six years earlier.

The engine, which was mounted under a carpeted floor to create luggage space, was a 4.7-liter V-8 that produced 310 hp (a 4.9-liter engine was added later). The longitudinally mounted V-8 drove the rear wheels through a 5-speed manual transmission. Maserati quoted a top speed of 174 mph.

The Giorgetto Giugiaro-designed Bora was also the first Maserati road car with four-wheel independent suspension, and also sported disc brakes which were still not a given at the time.

Maserati built 564 Boras through the end of production in 1978. A year after the Bora's debut, Maserati introduced the Merak, another mid-engine car with Giugiaro-penned bodywork. While it had a V-6 instead of the Bora's V-8, the Merak proved more successful, staying in production until the early 1980s. Maserati wouldn't launch another mid-engine road car until the MC12 in 2005.

The automaker is now trying again with the MC20, which sports butterfly doors, a carbon-fiber chassis and body panels, and a claimed top speed of 202 mph. The engine is Maserati's new Nettuno 3.0-liter twin-turbo V-6, which uses Formula One technology to develop 621 hp and 538 pound-feet of torque. The MC20 will debut as a coupe, with spider and all-electric versions following later, Maserati said during the car's unveiling last year.