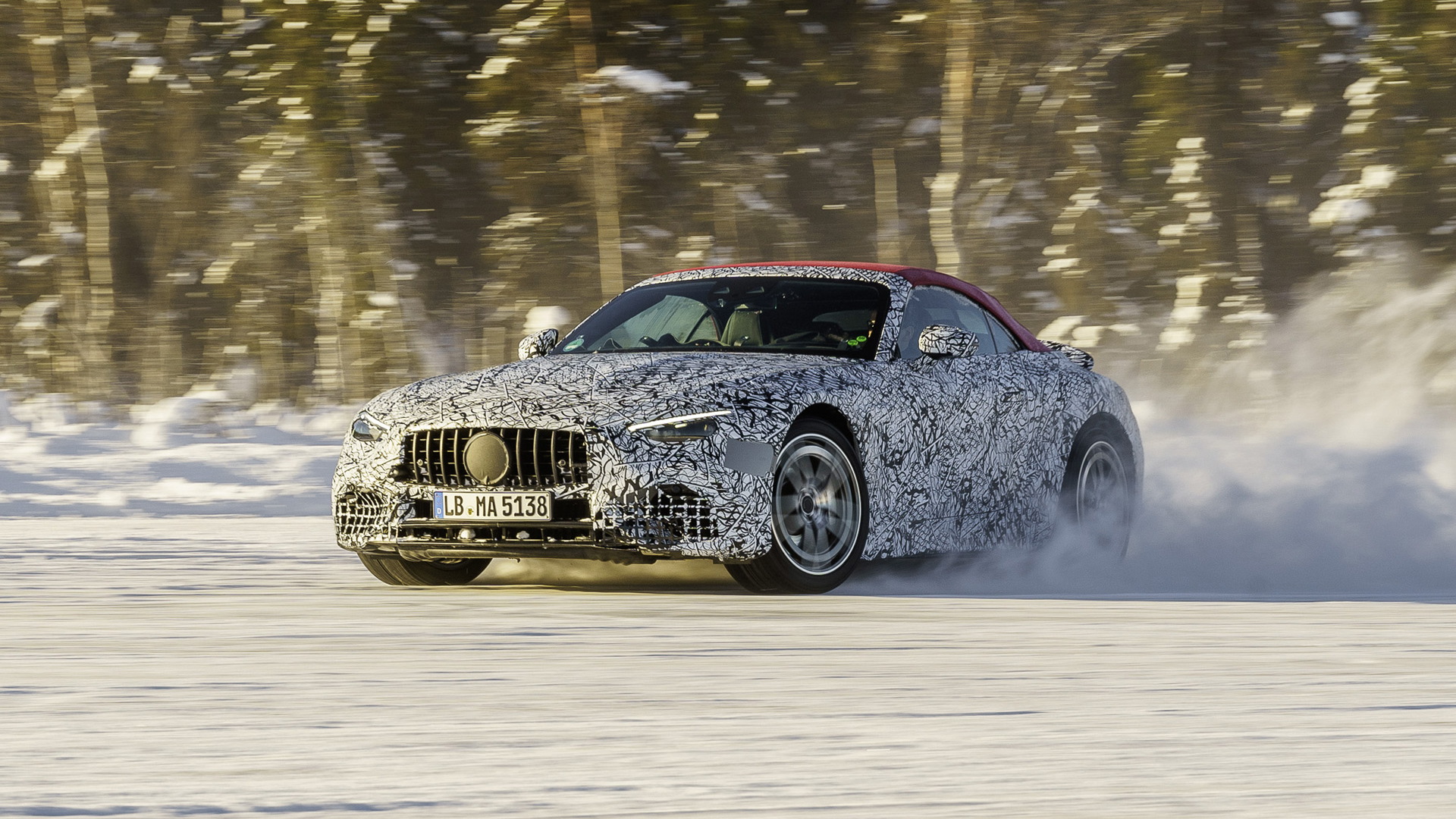 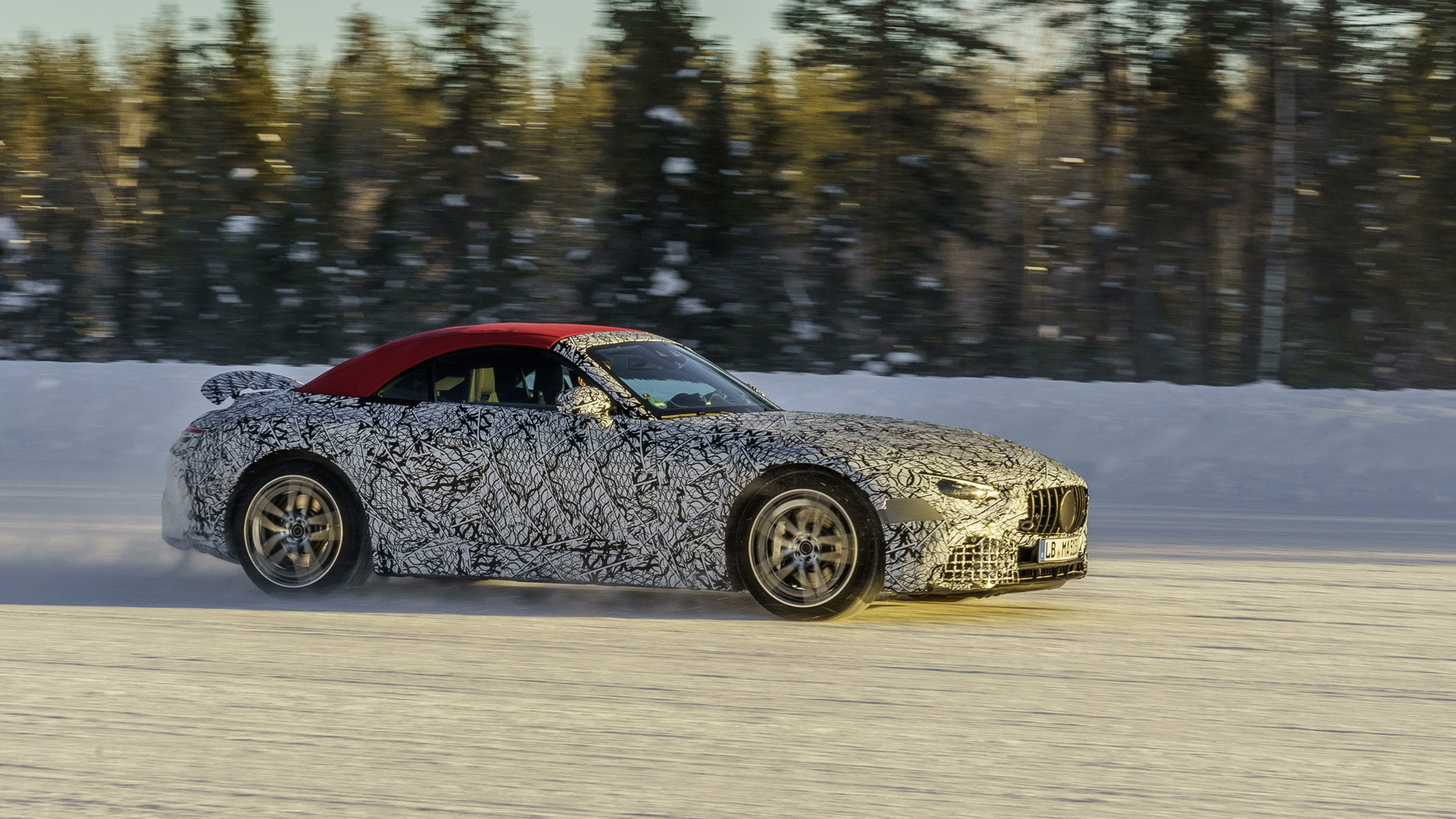 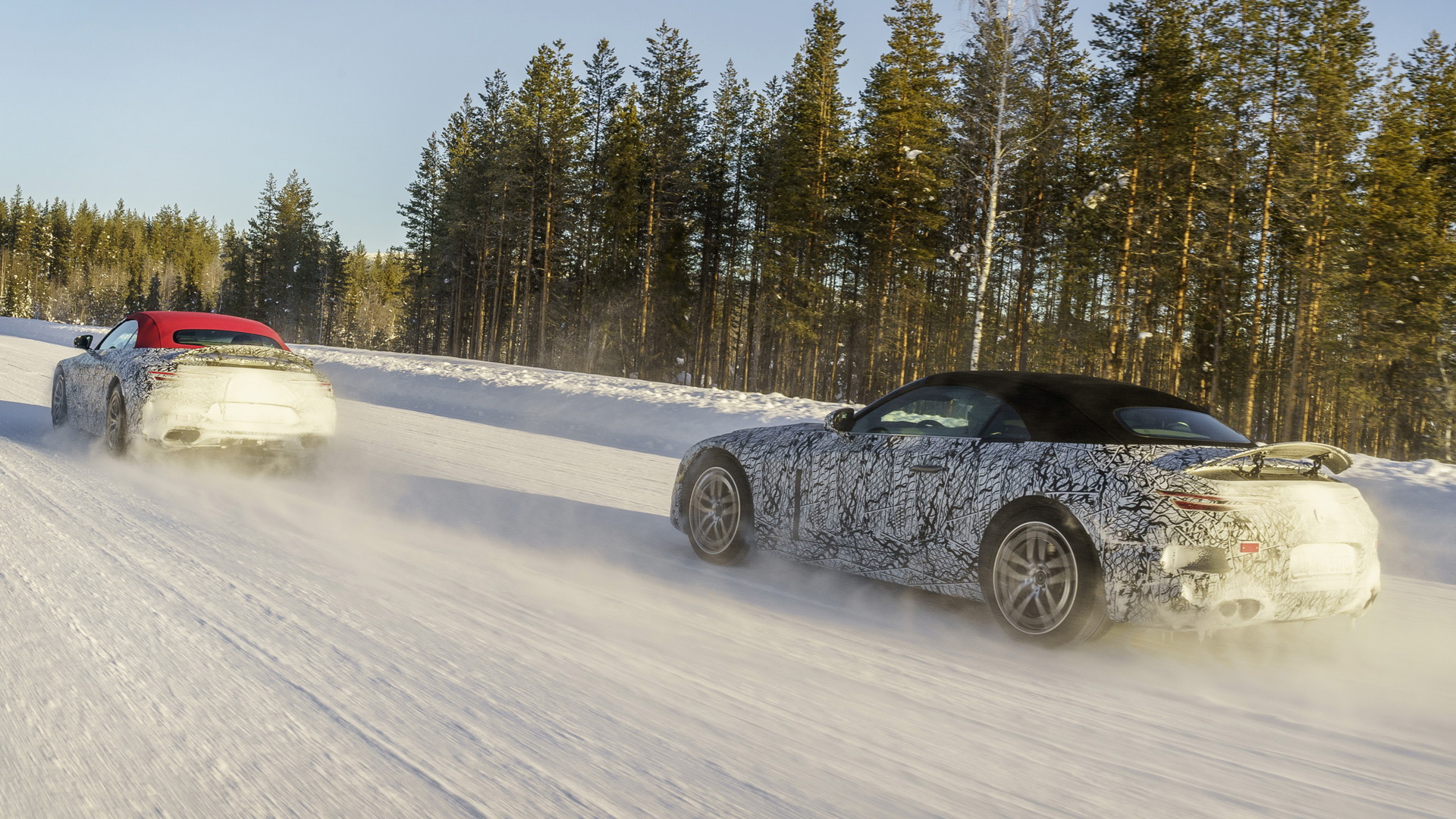 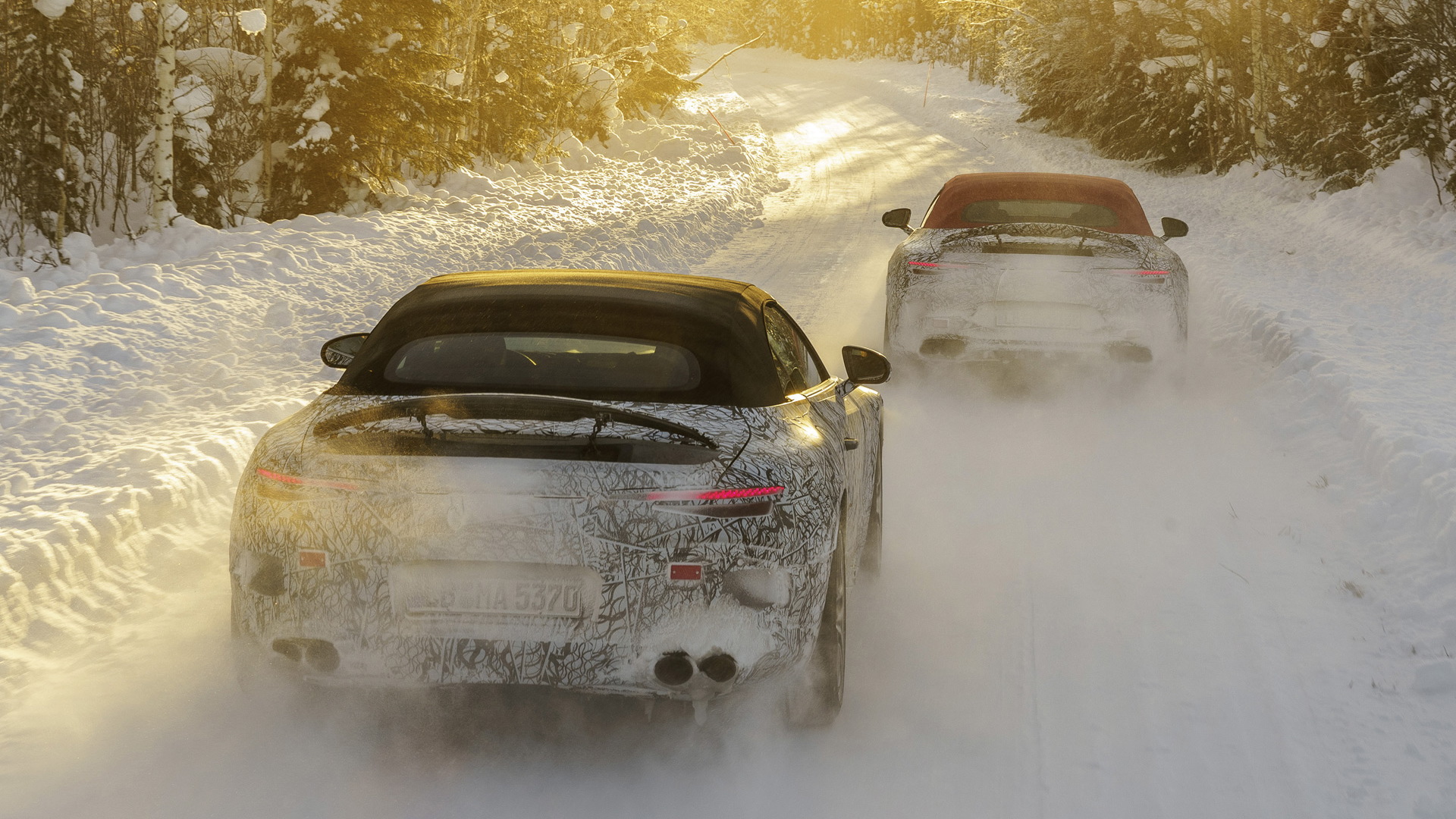 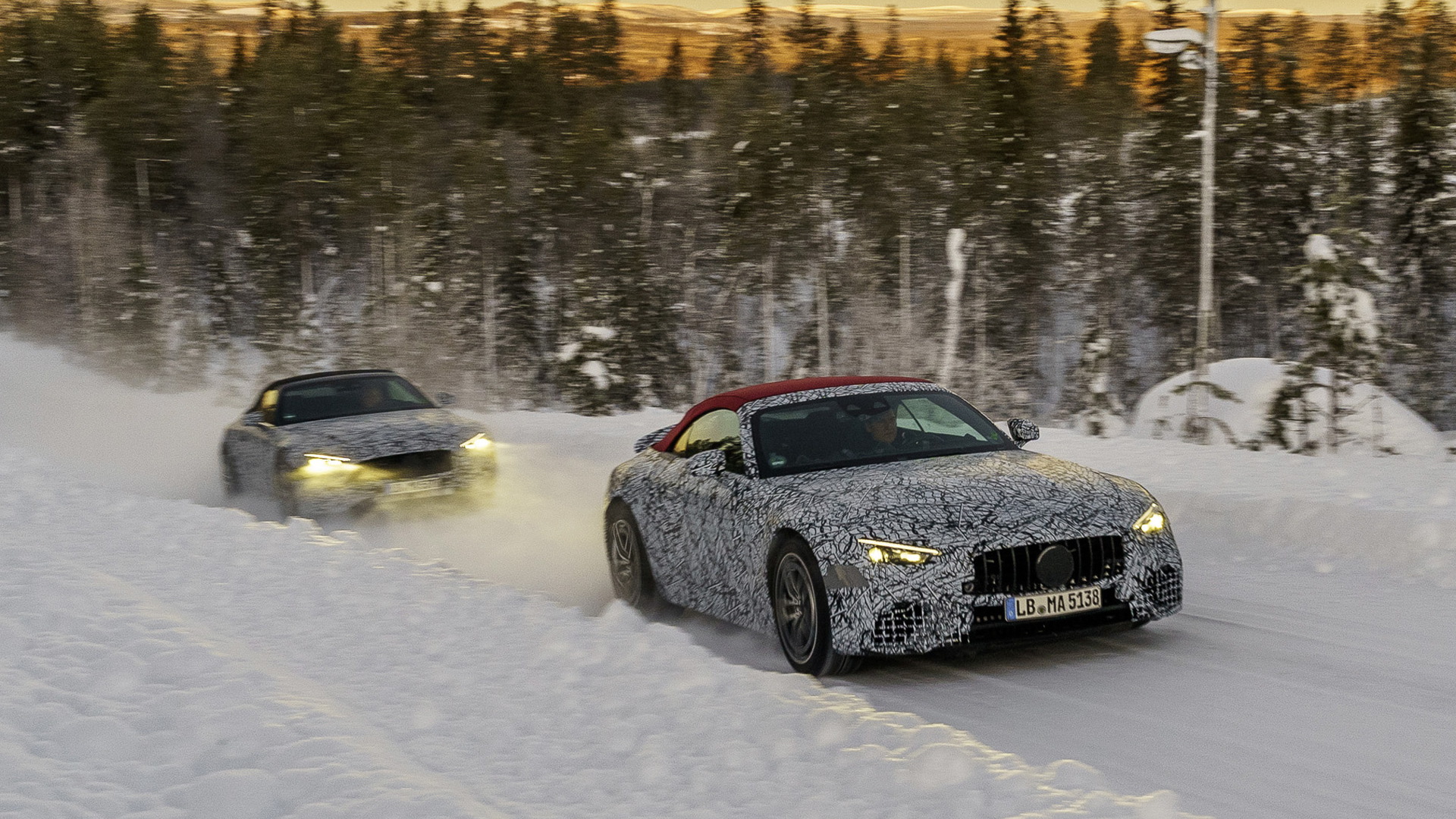 A new generation of the SL Roadster is on track for a debut later this year, only this time the vehicle is being developed by the Mercedes-Benz AMG skunkworks and not Mercedes-Benz itself.

But this isn't the only key change for the new SL, prototypes for which have been testing in public since last summer.

On Friday, AMG confirmed the SL will come with all-wheel drive for the first time, likely as an option. AMG is currently fine tuning the system on the frozen lakes of northern Sweden as part of a winter test program, where the engineers also look to ensure the car's soft-top roof is able to keep the extreme cold temperatures out.

After the winter test, the engineers will take the prototypes to the Nürburgring, among other places, for the final round of track testing.

The new SL is the seventh member in the iconic nameplate's lineage that dates back to the original 300SL gullwing race car of 1952. It is based on a new platform for sports cars dubbed the MSA (Modular Sports Architecture), which AMG will also use for its next GT sports car, meaning we can expect a much more performance-focused SL this time around. To help differentiate the two cars, the SL will come with 2+2 seating while the GT is likely to be a strict two-seater. We also don't expect all-wheel drive to be offered on the GT, though AMG is quiet on the matter.

There will be two variants at launch, with both expected to feature mild-hybrid powertrains. One is likely to be be badged an SL 53 and the other an SL 63. The SL 53 is expected to pack a 3.0-liter turbocharged inline-6 and mild-hybrid system for a combined output of around 430 hp. The SL 63 should feature a 4.0-liter twin-turbocharged V-8, together with a mild-hybrid system for a combined output over 600 hp.

Don't expect a V-12 to return. Instead we may see the V-8 paired to a more powerful electric drive system for a combined output of over 800 hp in a potential SL 73. Such a system has already been previewed in concept form and is set to debut soon in AMG's GT 4-Door Coupe.

Since the new SL debuts this year, we're likely to see it arrive at dealerships as a 2022 model. The last SL bowed out after 2020.