Short for International Race of Champions, IROC is a defunct racing series that featured drivers from different disciplines in identical cars. It's mostly associated with the Chevrolet Camaro, thanks to a tie-in road car, but the series started out with 15 identically-equipped Porsches (12 for the drivers, plus three spares) prepared by Roger Penske. 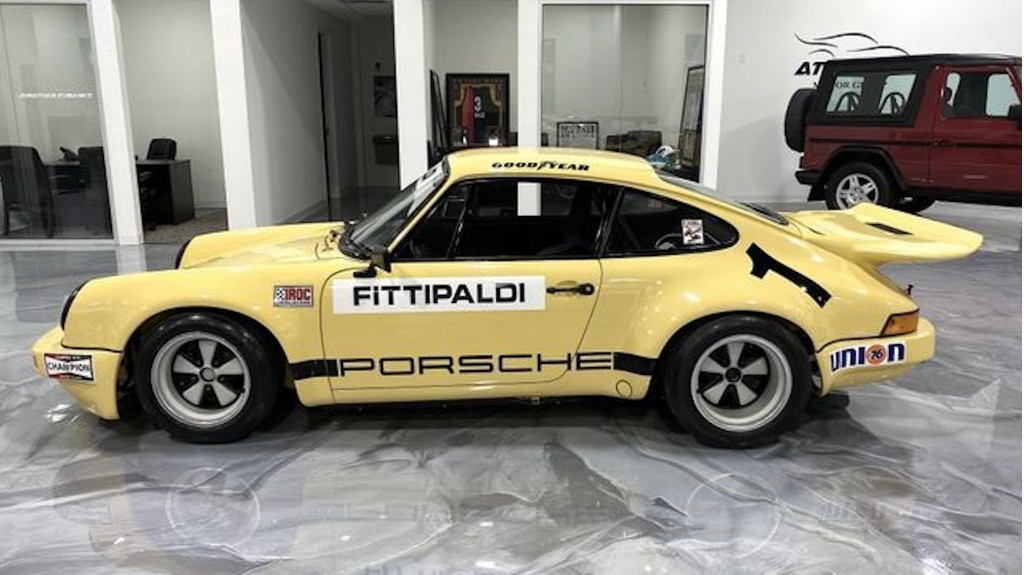 After one season in the IROC, the Fittipaldi-driven 911 RSR was sold to privateer racer John Tunstall, who drove it in a handful of IMSA races along with Charlie Kemp. The car was used in IMSA until at least 1978, when it was entered in the Daytona 24 Hours, according to the listing.

The car was subsequently sold to Escobar, who raced it with 935-style flat-nose bodywork. It's since been restored to its IROC appearance, and comes with full documentation, according to the listing.

The asking price lines up with the $2.3 million paid for Revson-driven IROC 911 at a 2016 auction of cars from comedian Jerry Seinfeld's collection.