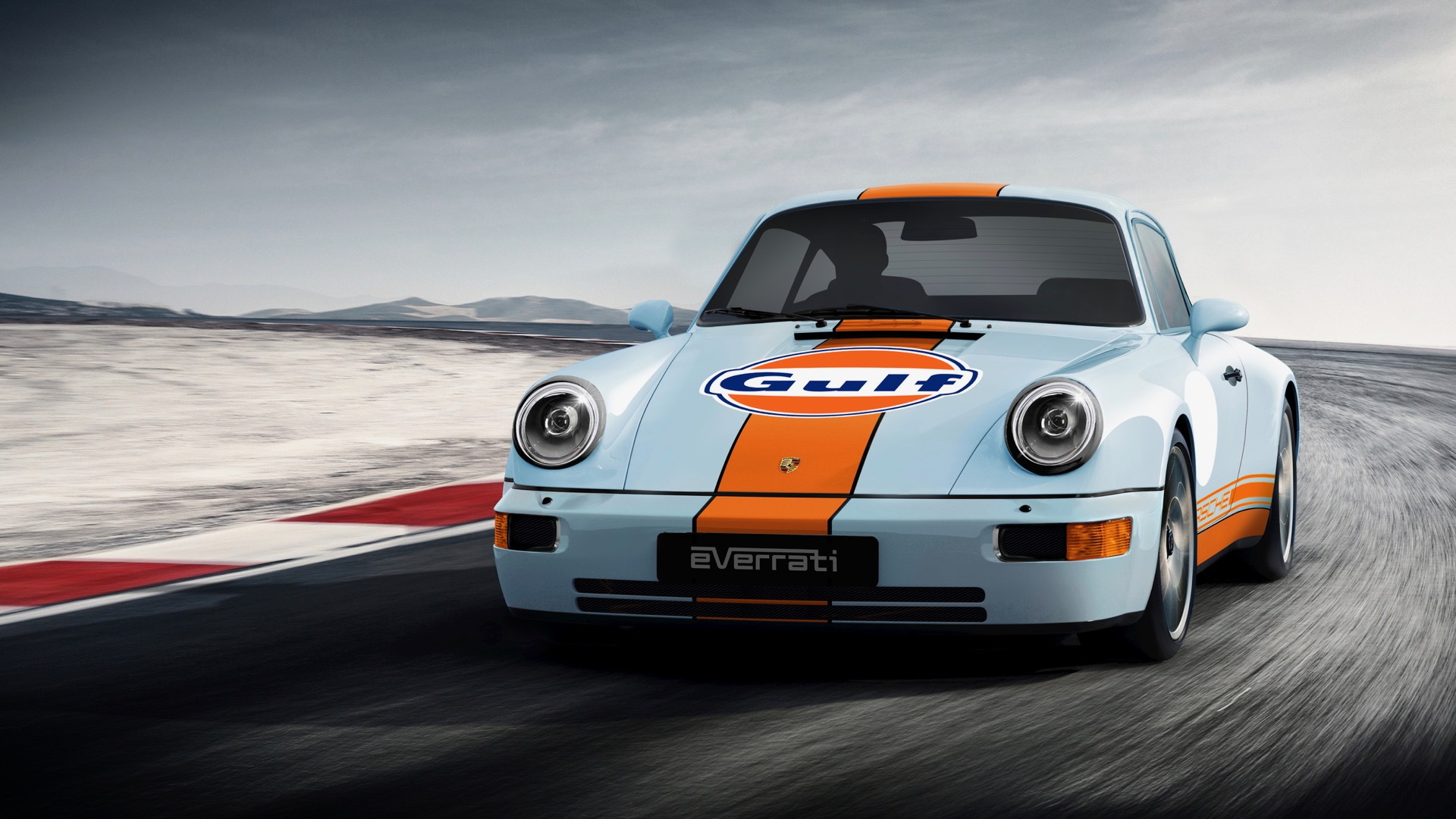 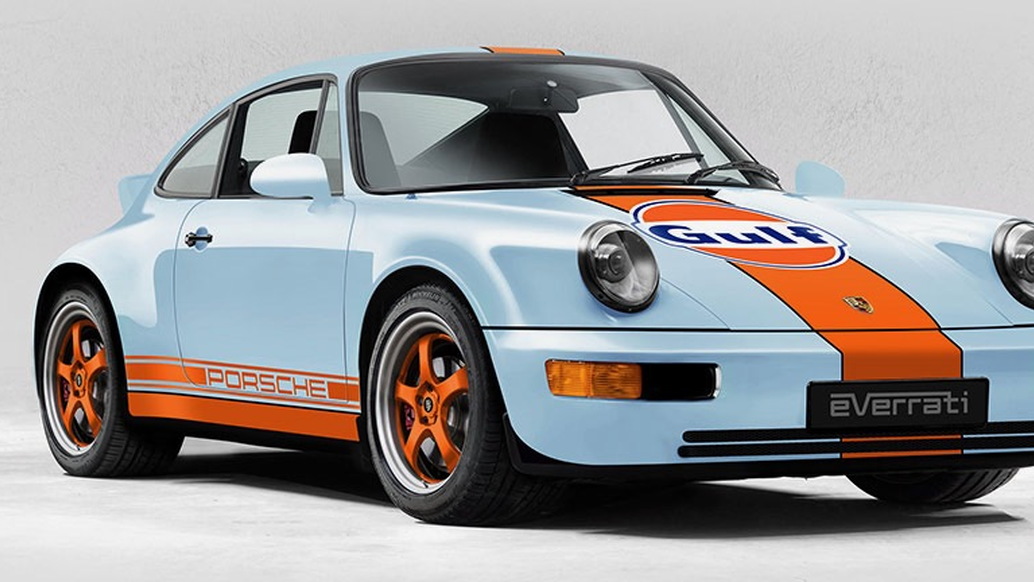 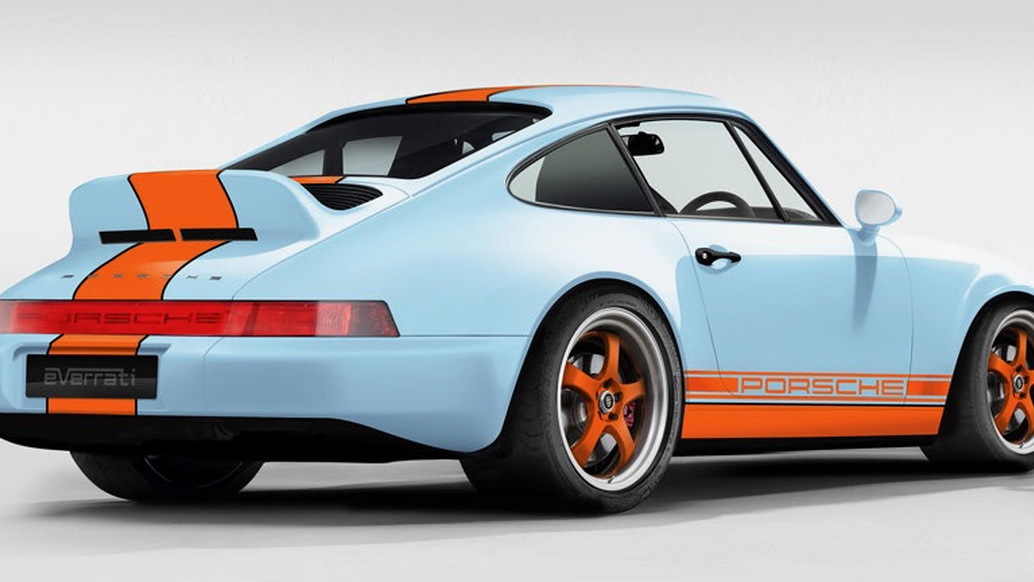 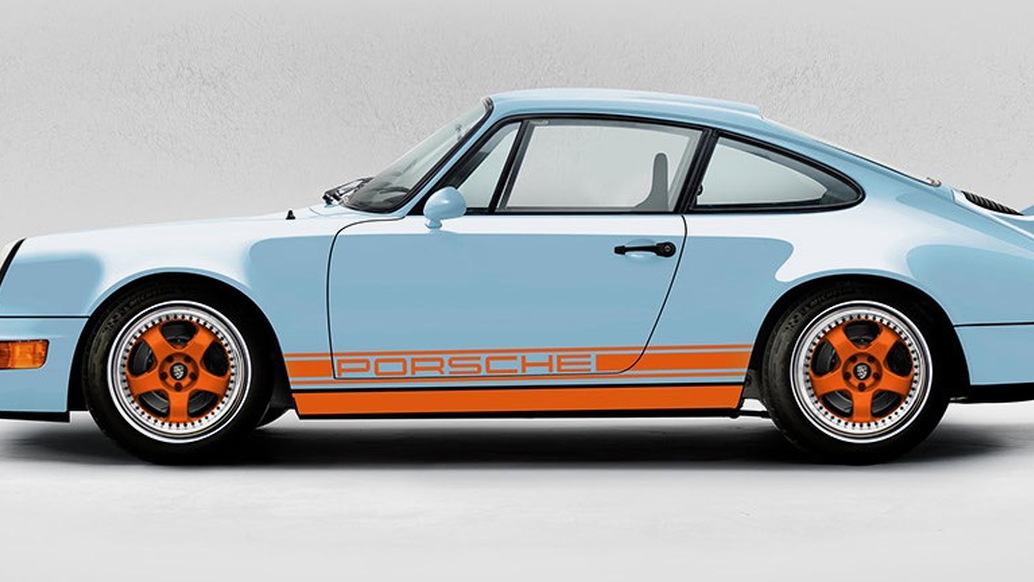 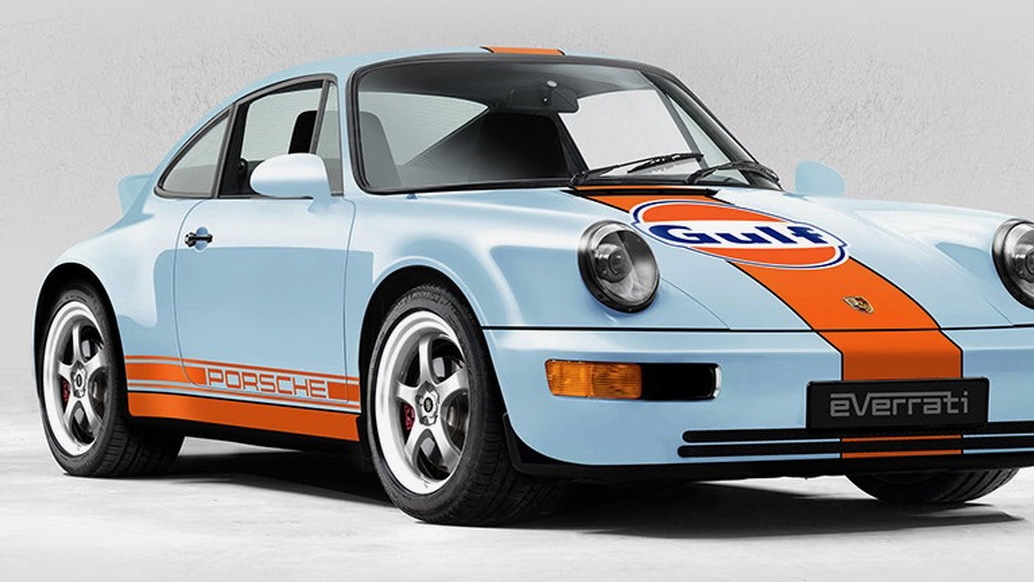 They may no longer run on gasoline, but a United Kingdom-based company is painting Porsche EV conversions in the classic Gulf Oil racing colors. Everrati has partnered with Gulf to use the oil company's iconic blue and orange livery on its electric Porsche 911 conversions.

Conversions start with a 964-generation 911 body shell which is also given the wide-body treatment. Even with a heavy 53-kilowatt-hour battery pack onboard, Everrati claims its electric 911 is close to the weight distribution of the gasoline-powered original.

The Gulf livery is only available on the 911 coupe electric conversion, but Everatti's website also shows a 911 Targa (again, based on a 964 body shell), and lists Mercedes-Benz 280SL and Land Rover Series IIA conversions as "coming soon."

Plenty of companies are offering electric conversions of classic cars. Dutch firm Voitures Extravert offers its own electric 911, U.K.-based Lunaz has rebuilt British classics like a 1961 Rolls-Royce Phantom with electric powertrains, and AC Cars is now making electric versions of the Ace/Cobra sports car. But if you like a bit of racing heritage, mixed with a dash of irony, the Everrati Gulf 911 might be for you.