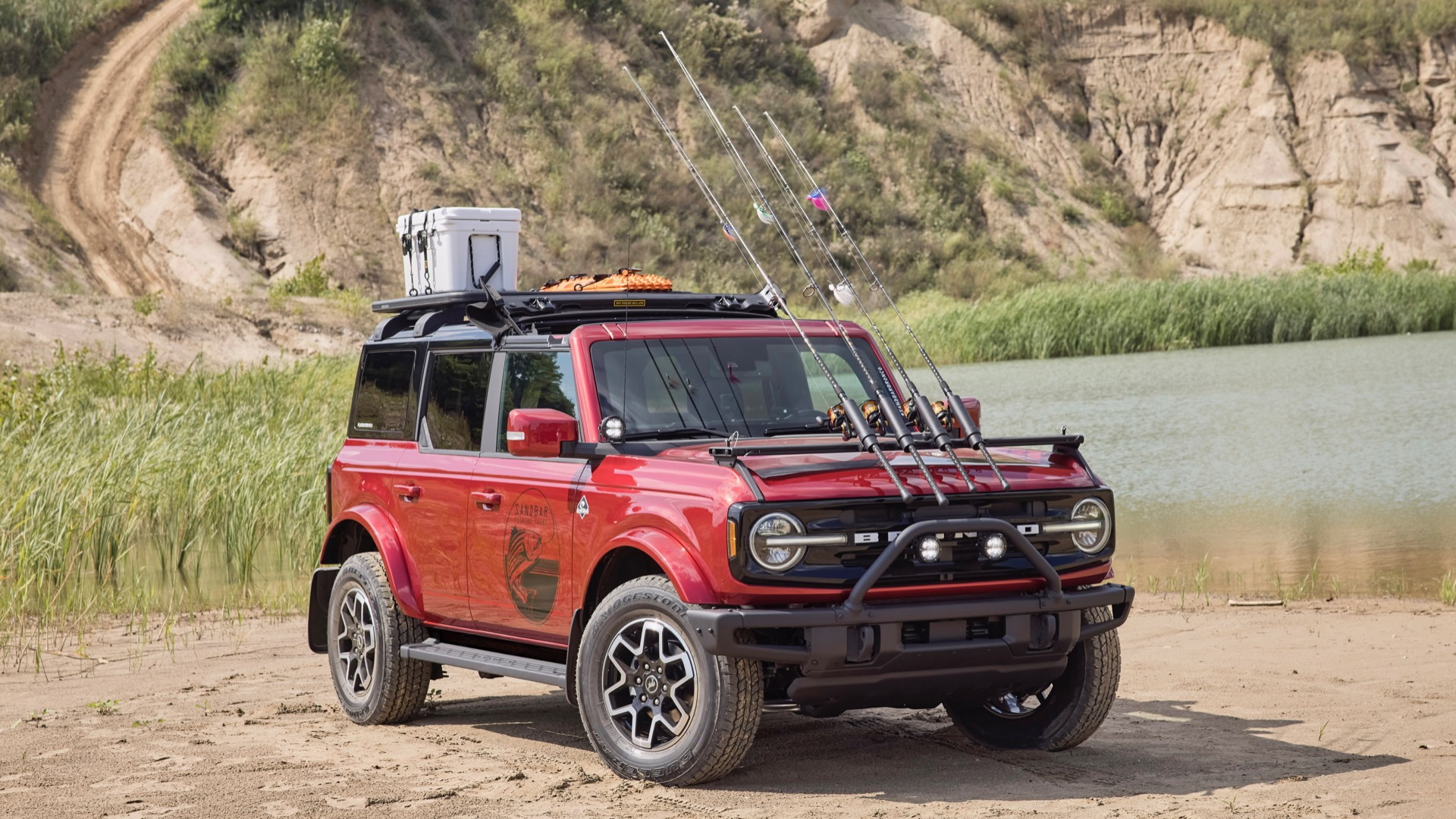 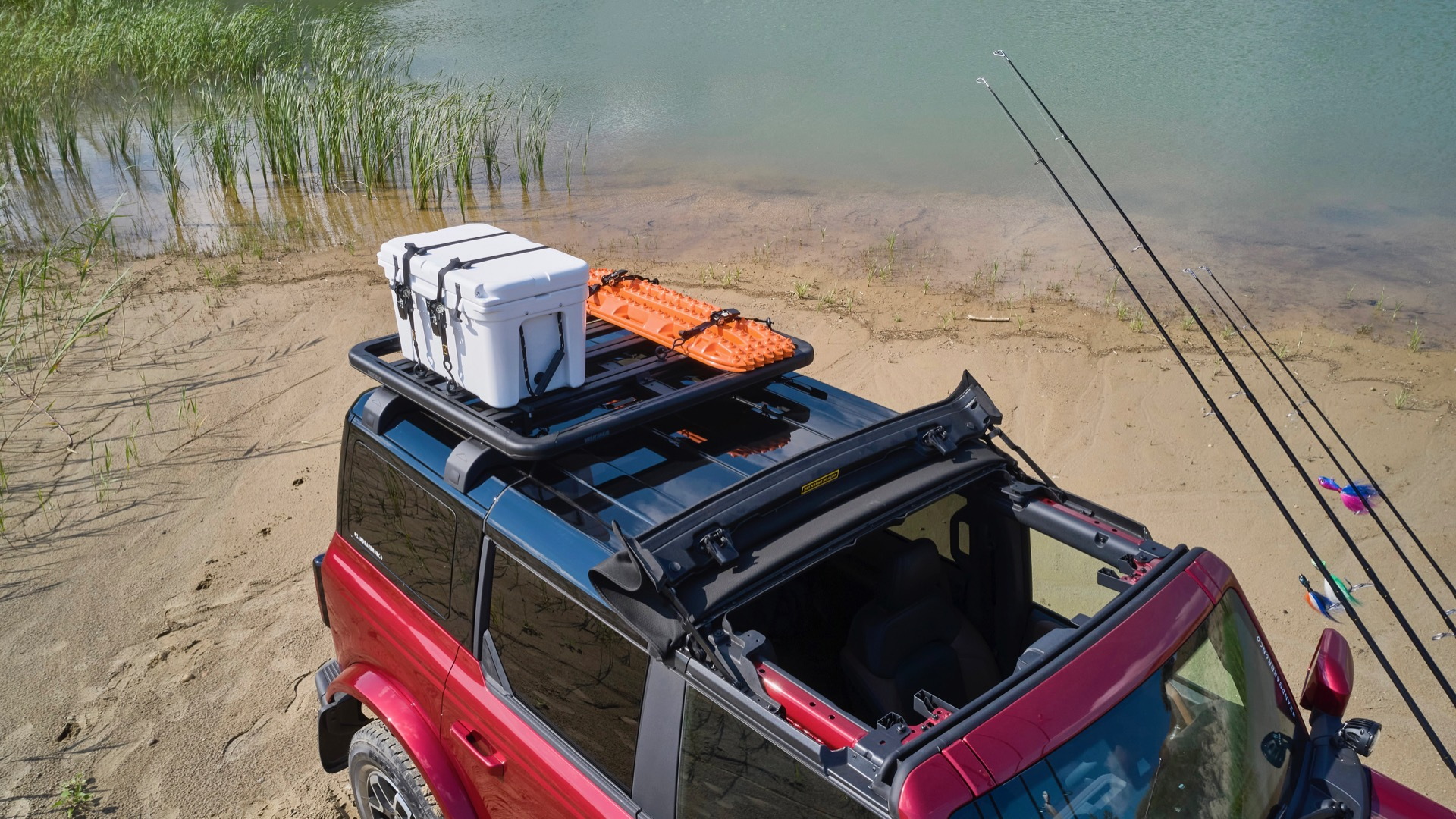 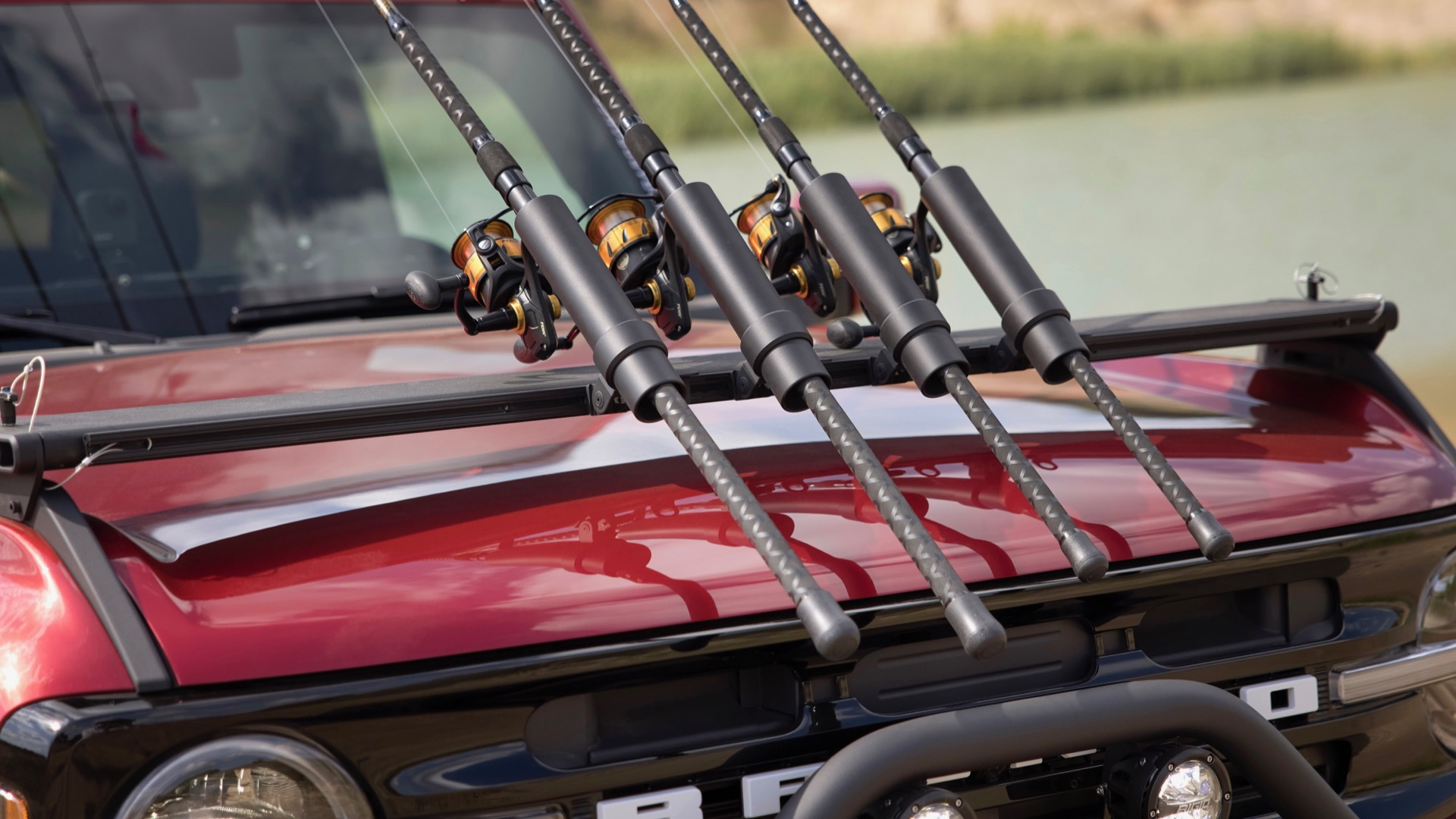 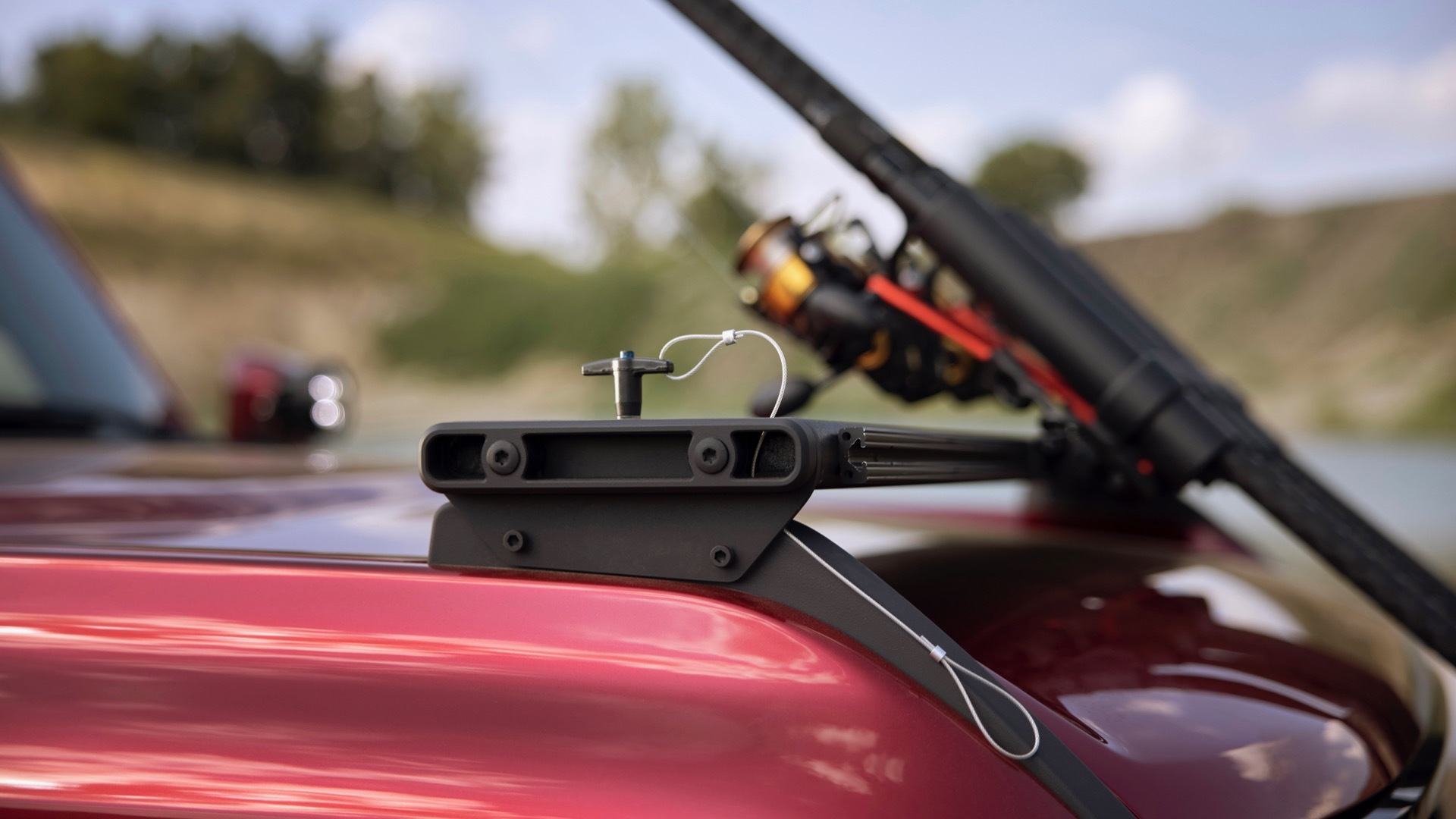 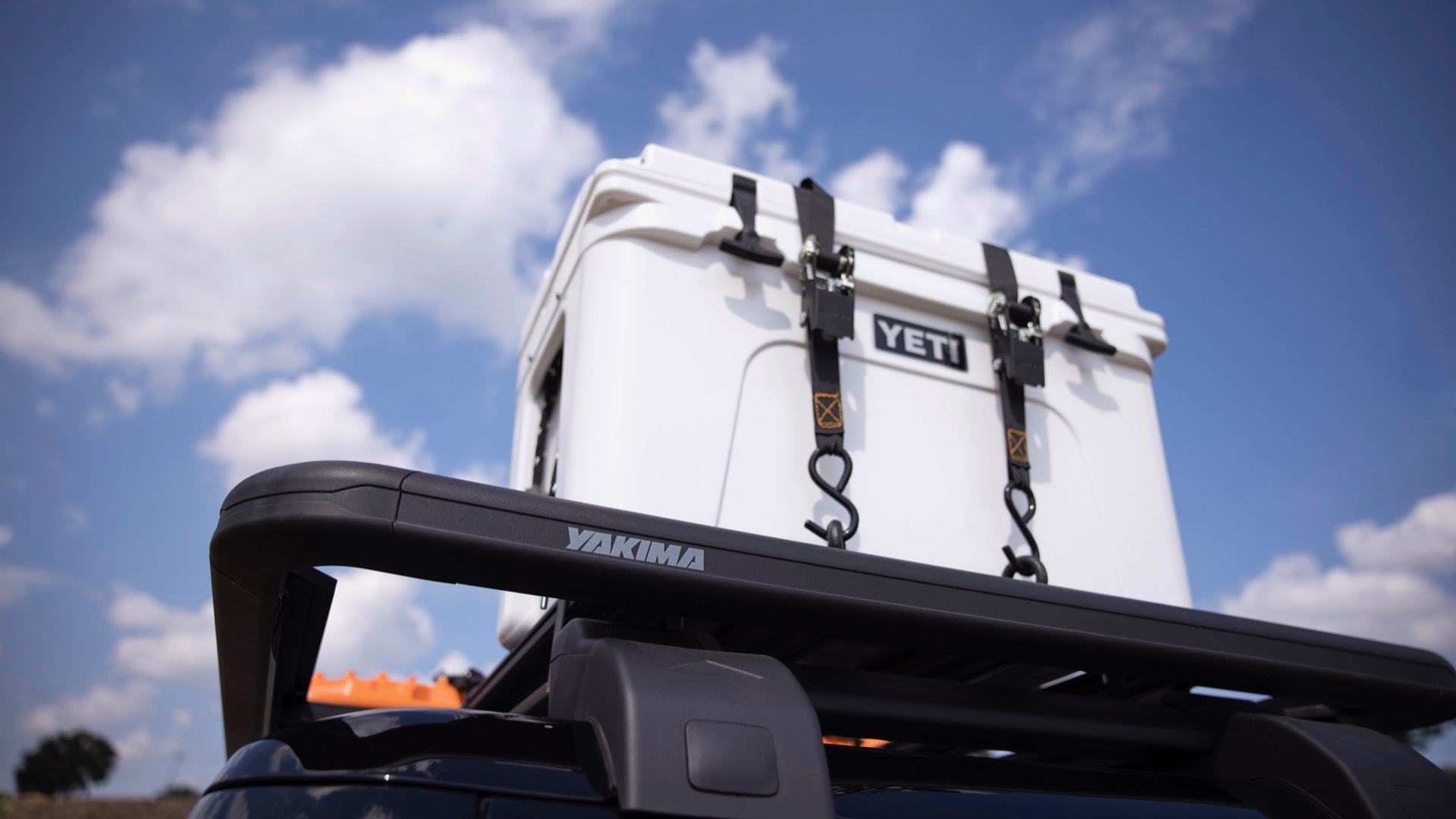 The Ford Bronco turns 55 this year, and to celebrate the automaker unveiled five Bronco-based concept vehicles on Thursday. The group included both a 2021 Bronco two-door and four-door, and three concepts based on the 2021 Ford Bronco Sport.

Based on the Badlands trim level, the Bronco two-door Trail Rig gets tubular doors, beadlock-capable wheels, a 40-inch Rigid LED light bar, a Ford Performance by Warn winch, and Ford Performance modular front bumper. A Yakima Platform roof rack mounted on the factory roof rails holds gear like a shovel and recovery boards. Ford also revealed that it has racked up more than 165,000 reservations for the Bronco two-door and four-door since it was revealed on July 13.

Ford also did a Trail Rig version of the smaller Bronco Sport. Based on the Badlands version of that model, the concept has 31-inch BFGoodrich Mud-Terrain T/A KM3 tires, a 1-inch lift kit, a front nudge bar with LED lights, and a Yakima LockNLoad Platform roof rack.

It's unclear how many customers will use the Bronco Sport for towing, but the Tow RZR concept shows off its cargo-carrying capabilities. The concept has a Class II Trailer Tow package, enabling the Bronco Sport's maximum towing capacity of 2,200 pounds. That's enough to tow the new Polaris RZR XP Turbo1000 side-by-side ATV, which was unveiled at the Bronco birthday celebration. Ford also threw on Yakima HD Bar roof crossbars and an OffGrid medium cargo basket.

The final concept is the Bronco Sport Off-Roadeo Adventure Patrol, which was designed for Bronco Off-Roadeo customer events that will be held around the country, starting with Austin, Texas, next summer. The Adventure Patrol gets many of the same accessories as the other concepts, plus a Yakima interior bike rack and a drone to record footage of customers putting Broncos through their paces.

Ford also announced that the Bronco R off-road racer will return to the Baja 1000 this fall. The Bronco R is a purpose-built race truck, but with the basic frame, 2.7-liter twin-turbo V-6, and 10-speed automatic from the production Bronco. Ford debuted it last year for the 50th anniversary of the Bronco's 1969 Baja win, but the Bronco R failed to finish due to mechanical issues.