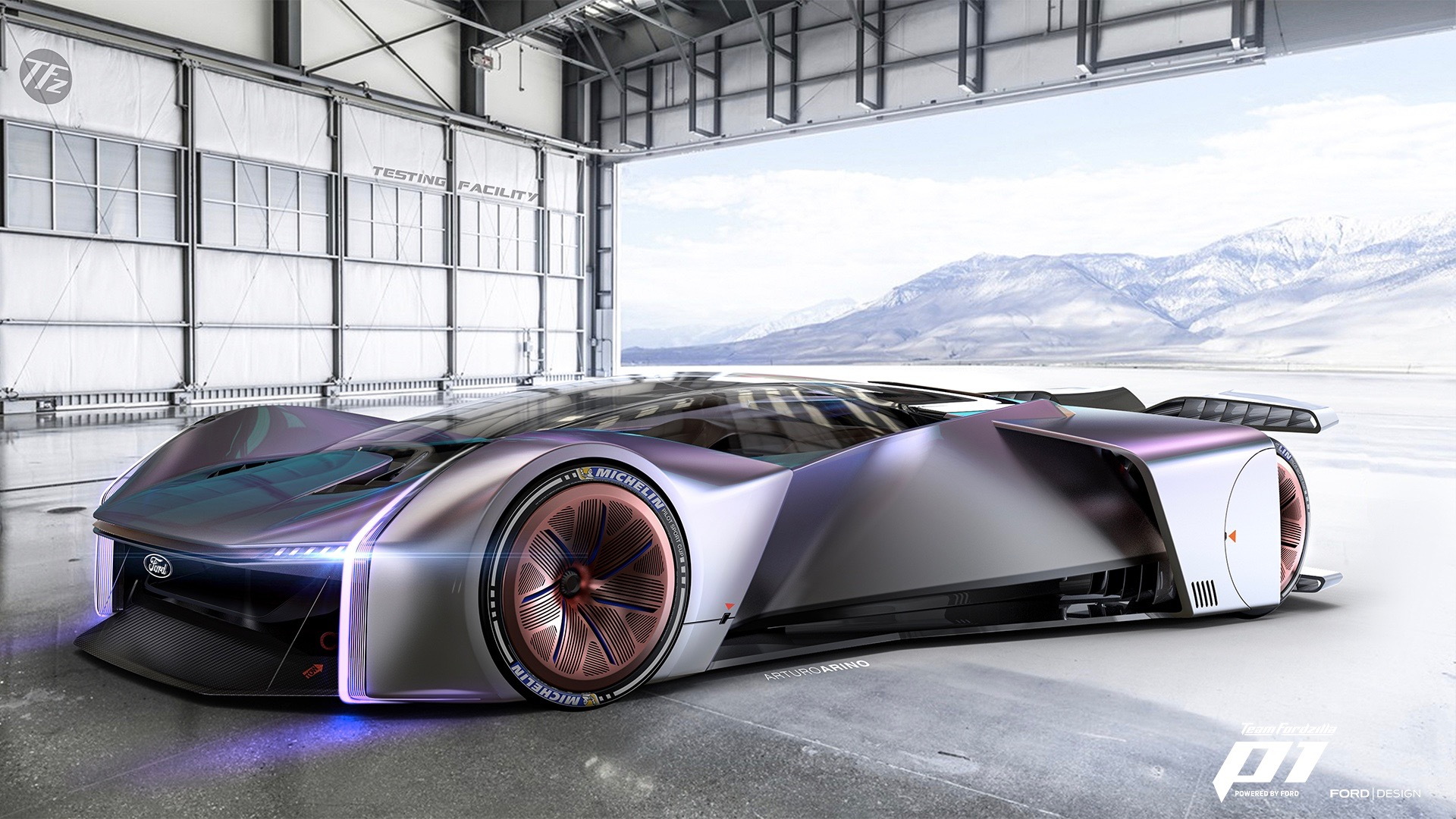 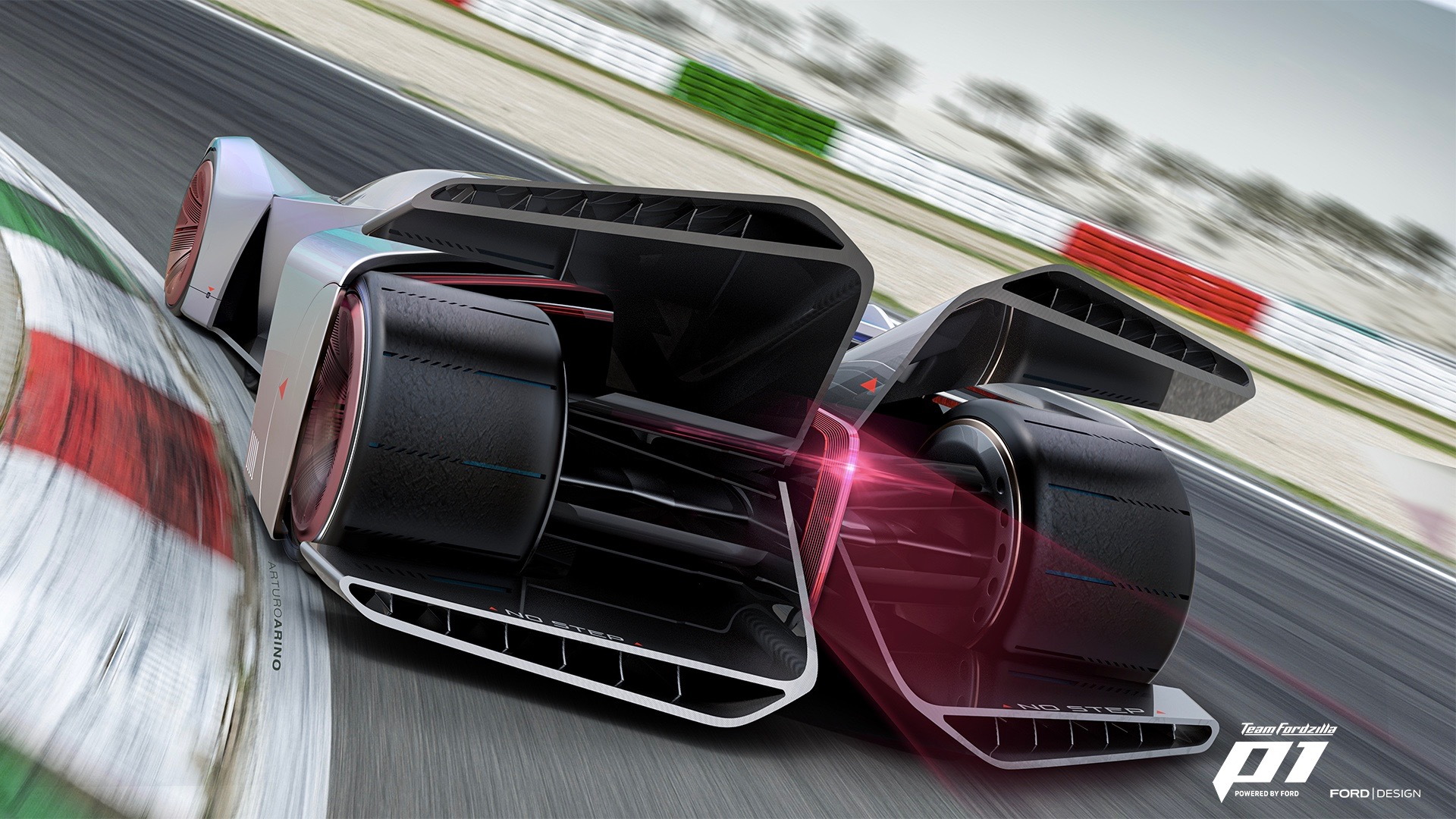 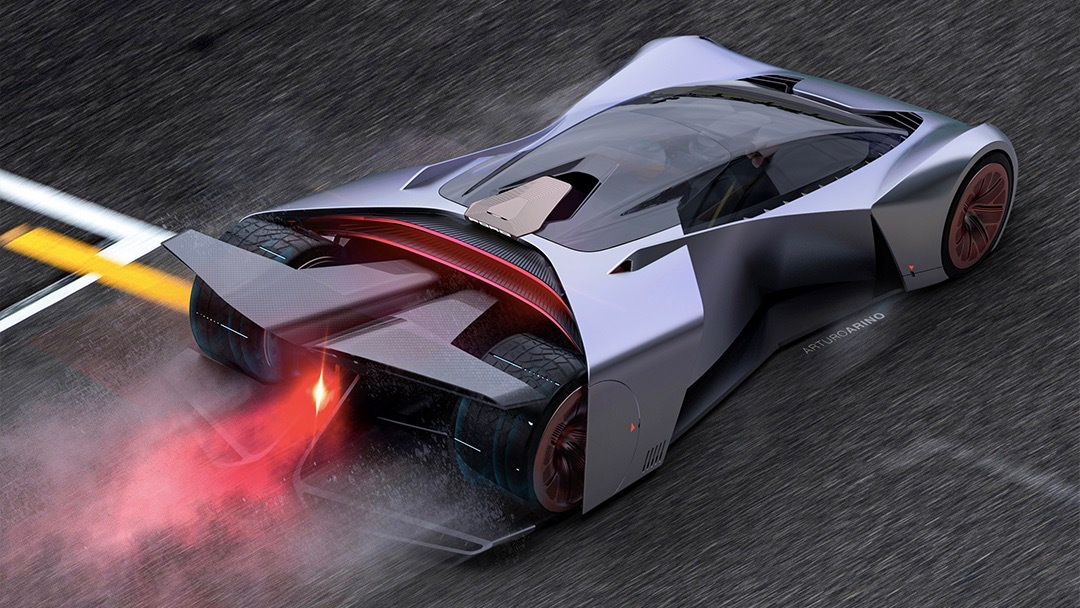 Last summer, Ford launched an esports team under the Team Fordzilla banner, and that banner has now been applied to a virtual race car concept created by Ford designers with input from the gaming community. Dubbed P1, it was unveiled at the recent Gamescon 2020 and will appear in a video game in 2021.

Design decisions were made via fan votes on Twitter, Ford said in a press release. Denizens of the social media site voted on specific elements such as seating position, cockpit style, and drivetrains, which Ford designers incorporated into their work.

Two complete designs were produced, and voted on in a final poll by about 225,000 Twitter users. The car penned by Arturo Ariño, exterior designer for Ford Europe, won decisively, with 83.8% of the vote.

The automaker said it's in "advanced discussions" with a developer to incorporate the P1 concept into a racing game in 2021. Ford is also building a life-size model of the concept car at its design studio in Cologne, Germany, which will be unveiled later this year. No word yet on McLaren's reaction to Ford's use of the name of Woking's plug-in hybrid hypercar.

Ford is not the first automaker to design a concept car for a game. The Vision Gran Turismo project was produced numerous cars from multiple automakers for the "Gran Turismo" video game series. Ford has said that involvement with gaming will help influence corporate thinking, but has otherwise been vague on plans for Team Fordzilla, or how it connects to the car-making business.